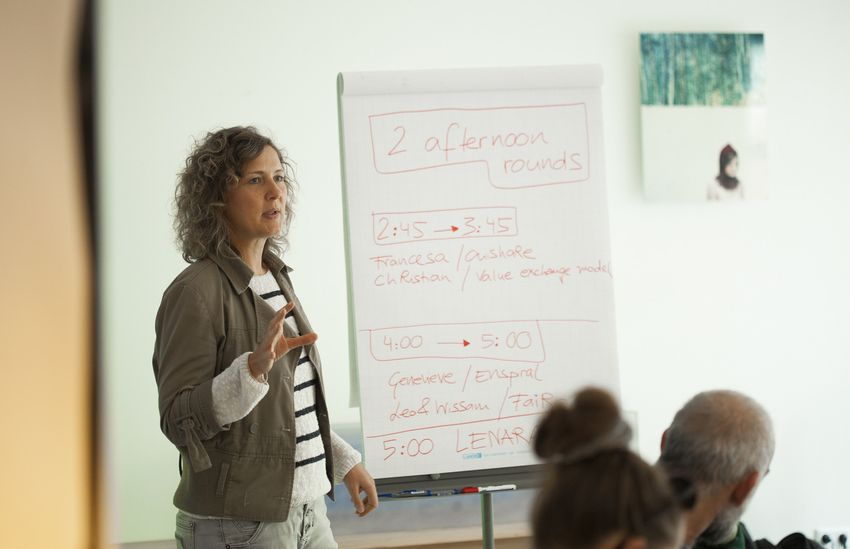 Digitalisation creates new monopolies. But it also creates new forms of solidarity - especially in a city like Berlin. Digital cooperatives are becoming the key to a better future. How do they work?

Last week a friend called me and invited me to participate in the founding of a new project. She had in mind a purchasing cooperative for freelancers, in which people could get together to share office space, but also to hire tax consultants or to purchase office supplies and technical equipment. “Think about what each of us could save in money and effort,” she said.
Sure, I thought to myself, that makes sense. In addition to the actual founding idea, I found the social implications of her idea particularly exciting. For quite some time I’ve been observing a trend away from the ideal of self-realisation and autonomy towards the development of a shared vision of a good life.

I’ve been working on this maxim myself in Berlin for years. In 2011, together with Zsolt Szentirmai and David Farine, I created the SUPERMARKT, first in a vacant supermarket in Wedding, now in a converted shop in Kreuzberg. Our aim: To inform about new forms of working and alternative management, but also to practice them ourselves. Only recently, we founded RChain Europe, the first technology cooperative that wants to make digital tools and know-how available to colleagues and comrades alike.

In addition to this, not only our consulting work, but also our workshops, conferences and community meetings are aimed at all those who want to redefine cooperation and community: Creative professionals, activists, the self-employed and organisations of all kinds. We’re also active on the political level and are building networks throughout Europe - especially in the context of cooperative models in times of digitalisation.

The idea of a cooperative is by no means new at first. What is new is the relevance that cooperatives have for cultural actors. They can become the key to new fair working models.

What is new about digital cooperatives and how helpful are they for cultural professionals? First of all, the idea of cooperatives is by no means new. Cooperative organisations emerged in the middle of the 19th century, more or less due an emergency: The industrial revolution was in full swing and had thrown many farmers and craft businesses into financial difficulties. A quick solution had to be found to provide the needy with money and at the same time secure maximum freedom. What then occurred under the direction of Wilhelm Raiffeisen and Hermann Schulze-Delitzsch was a merger of initially weak units that wanted to improve the quality of life of their members according to the principles of self-help, self-administration and joint control. This was also how the forerunners of the first Volksbank, Raiffeisenbank, advance associations and purchasing cooperatives for the self-employed were created - with lasting success.

It is possible that right now we are back in the middle of a new era: On the one hand, new monopolies are emerging worldwide in the wake of a platform capitalism that Sascha Lobo already described in a SPON article in 2014 - platforms such as Google, Amazon or Facebook are now guided by a compass of achieving complete monopoly. Basically, they can’t help but drive everyone else out of the market, simply because they “scale” so incredibly well. They basically do nothing other than bring searchers together with providers, but that makes them so efficient, convenient and fast that they also hoard a huge amount of data - the real treasure for their companies. On the other hand, it’s precisely this development that challenges counter-reactions - also conditioned and driven by digitalisation. For an ever-increasing number of people, it’s more than clear that things cannot go on like this. The platform monopolists are presiding over a rapidly increasing concentration of power and capital in the hands of a few companies. Solutions are needed here.

Cooperatives are currently the economic organisation with the largest number of members in Germany. Since last year, they have grown by 104,000 to 22.7 million supporters. End not in sight

New digital cooperatives provide exactly this solution - and in many cases they already are. Because they are fair and flexible at the same time, everyone has the same right to vote, no matter how much money they have. If you leave the cooperative again, you don’t take any of the hidden reserves and value increases of the company with you. There are no exact figures on how many of them there are now in Berlin in the creative industries sector. However, cooperatives are currently the economic organisation with the largest number of members in Germany: Since last year they have grown from 104,000 to 22.7 million supporters. Citizens’ cooperatives in particular are on the upswing. And especially for art, culture and the creative industries, the new cooperatives can become a model for the future. Why? Because ever more creative companies are recognising that responsible production practice is based on transparency, sustainability and co-determination. More and more entrepreneurs want to consciously further develop what they have built themselves. Cooperative principles, democratic control by members, co-determination and a distributed ownership structure are the goals at stake.

How do digital cooperative models work?

But how do the new cooperative models work? I would like to offer three examples. The first is the Resonate Music Streaming Collective. The collective is organised as a cooperative and basically does what other music streaming providers like Spotify or Apple Music do – just in a fair way, and in a spirit of solidarity. Fair, because the music creators benefit financially from each download according to a transparent billing mode. Solidary, because it strengthens the community of music producers and fans. By the way, Mojoreads, which is striving to become a kind of social Amazon, works in a similar way. The masses are not yet participating in these new models, partly because the extent is not yet clear. Yet that’s only a matter of time. Especially when even more people than before are discovering that these platforms belong to their cooperative members, that profits are shared fairly and, as in the case of resonates, that musical formats outside the mainstream are supported.

The second example is Fairmondo, an online marketplace founded in Berlin that wants to compete with the market giants in online trading. Here, too, only fairly produced goods are traded. Fairmondo is called “Genossenschaft 2.0”, and is fully owned by its members, which means that all members make business decisions. Strategic orientation is discussed, and also how dividends are distributed. Of course, this also applies in this case, for neither Amazon nor eBay can hold a candle to Fairmondo. But everything starts small. And nobody claims that this is a small task. But if nobody takes part, there will be no alternatives. Who seriously wants that?

Now is the time for unusual measures.

But how can such models be transferred into long-term structures? So how are they “sustainable” in terms of their long-term nature? Here, too, answers can be found in Berlin. Smart is a cooperative from Kreuzberg that was founded in Belgium in 1998 and now has its headquarters at Mehringdamm. Smart wants to improve the working conditions of the self-employed and offers services such as payment guarantees for freelancers, but also permanent employment for temporary artists and easier access to insurance. The founding team simply dared to completely undermine the dominant paradigm of “security for permanent employees - insecurity for the self-employed”. These are paths for the future.

What we are currently experiencing is probably just the beginning of a new era. And it is no coincidence that all these new forms of organization are emerging right now and in Berlin.

What we are currently experiencing is probably just the beginning of a new era. And it’s no coincidence that all these new forms of organisation are emerging right now and in Berlin. Of course the foundation of a cooperative still resembles a gauntlet run through the shallows of the German bureaucracy. The management of cooperative companies also requires great efforts on the part of everyone involved, precisely because everyone is involved. But right now is precisely the right time for a rethink. My advice? Just keep your head down, keep dreaming and imagine the most radical social idea you can think of. And? Maybe it will just end up becoming tomorrow’s reality.

On 17.09.2019 Ela Kagel will offer a workshop on cooperative models in the Kulturprojekte Berlin. You want to be part of it? [Here you can find all infos] 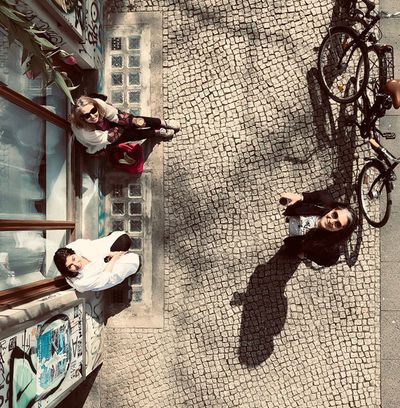 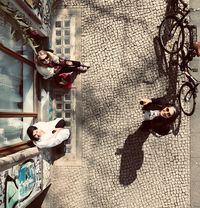 Art knows no boundaries. And if exhibitions on site are ... 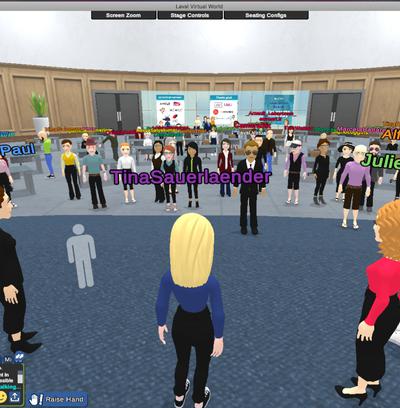 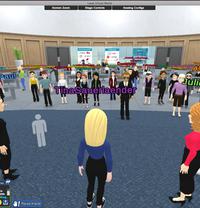 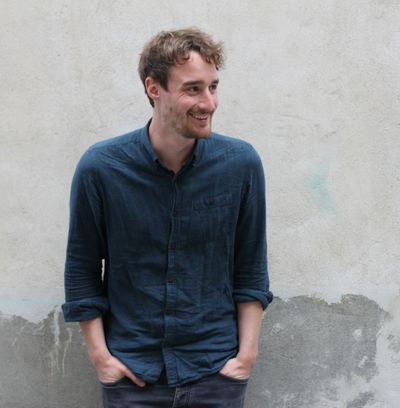 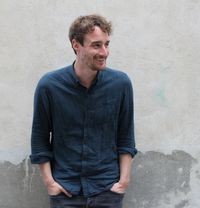 Julian Adenauer: "We have to break new ground"