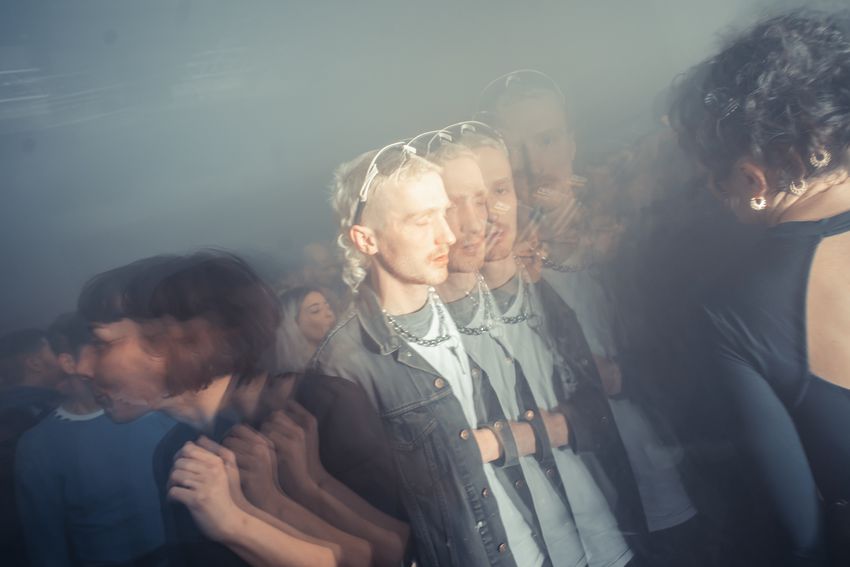 An event without money? A rave with other identities? This is exactly what the Omsk Social Club in Berlin makes possible, a art collective that organizes so-called cryptoraves with an open source crypto currency. Sounds crazy, but it is. We wanted to know: What is behind it? What is a cryptorave and what does it have to do with an open source crypto currency? We talked to ´O´, we don't know who, but his or her name was at least ´O´.

CCB Magazine: Hello, O! You have your own crypto currency and host so-called cryptoraves. What does that mean? What happens there?

O! First of all: We do not have our own crypto currency. Crypto currencies are digital assets designed specifically to work as mediums of exchange. They use cryptography to secure their transactions, control the creation of additional units, and to verify the transfer of any asset.  We deal with cryptic encryptions, which serve as transactions for events.

CCB Magazine: But you organize so called public cryptoraves with a open-source cryptocurrency.

CCB Magazine: And what exactly is an cryptorave?

O!A cryptorave is a rave that is orchestrated via a ‘Monero’ mining pool which is embedded into a website. ‘Monero’ (XMR) is an open-source cryptocurrency created in April 2014 that focuses on privacy and decentralisation.

CCB Magazine: Sounds crazy, can you explain, how it works?

O! Sure! ‘Monero’ aims to improve on existing cryptocurrency design by obscuring sender, recipient and amount of every transaction made as well as making the mining process more egalitarian. You can find ours at https://0b673cce.xyz/. To gain full access to the cryptorave you have to mine for your tickets: Typically you donate 11 hours of your computer power. Along the way you gain a new identity, the location and the date, a reader on crypto cults and theorists and anything else what is relevant for that specific rave. 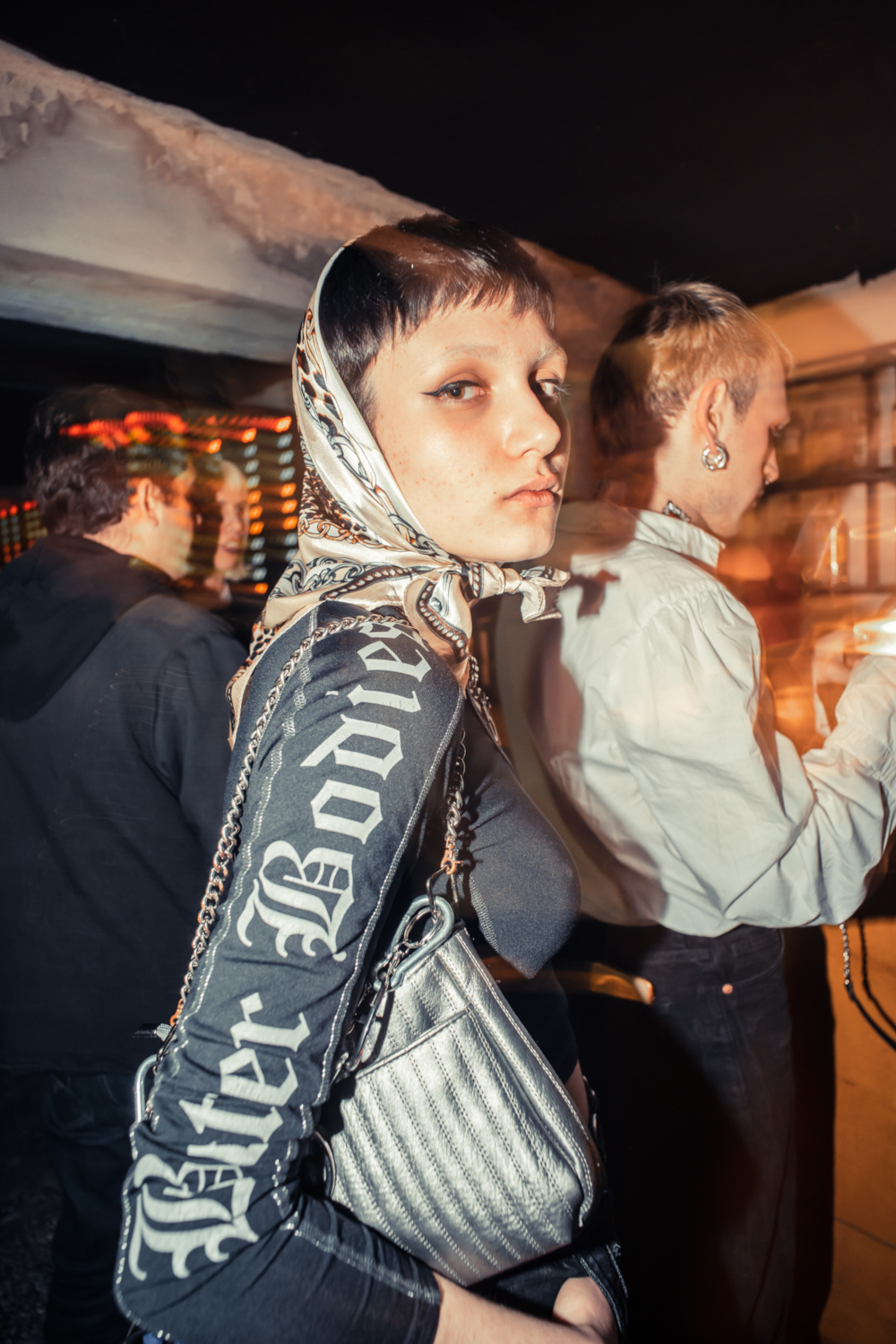 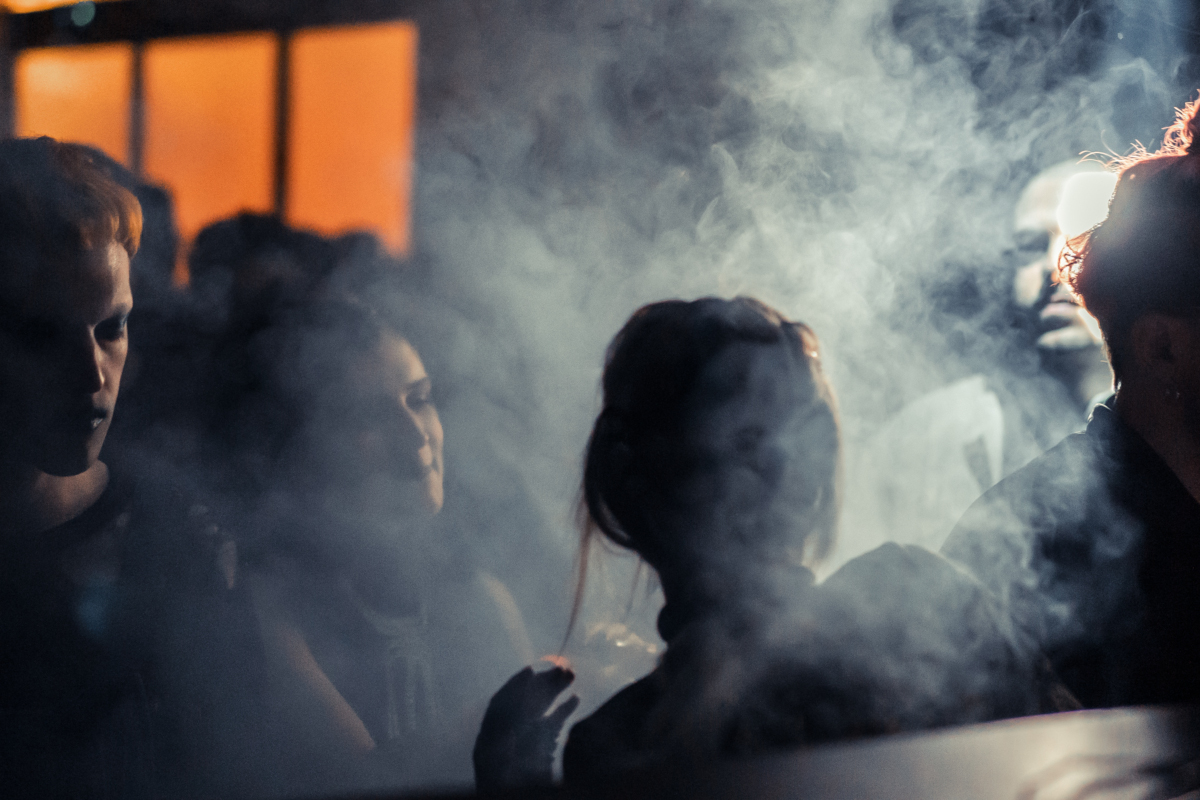 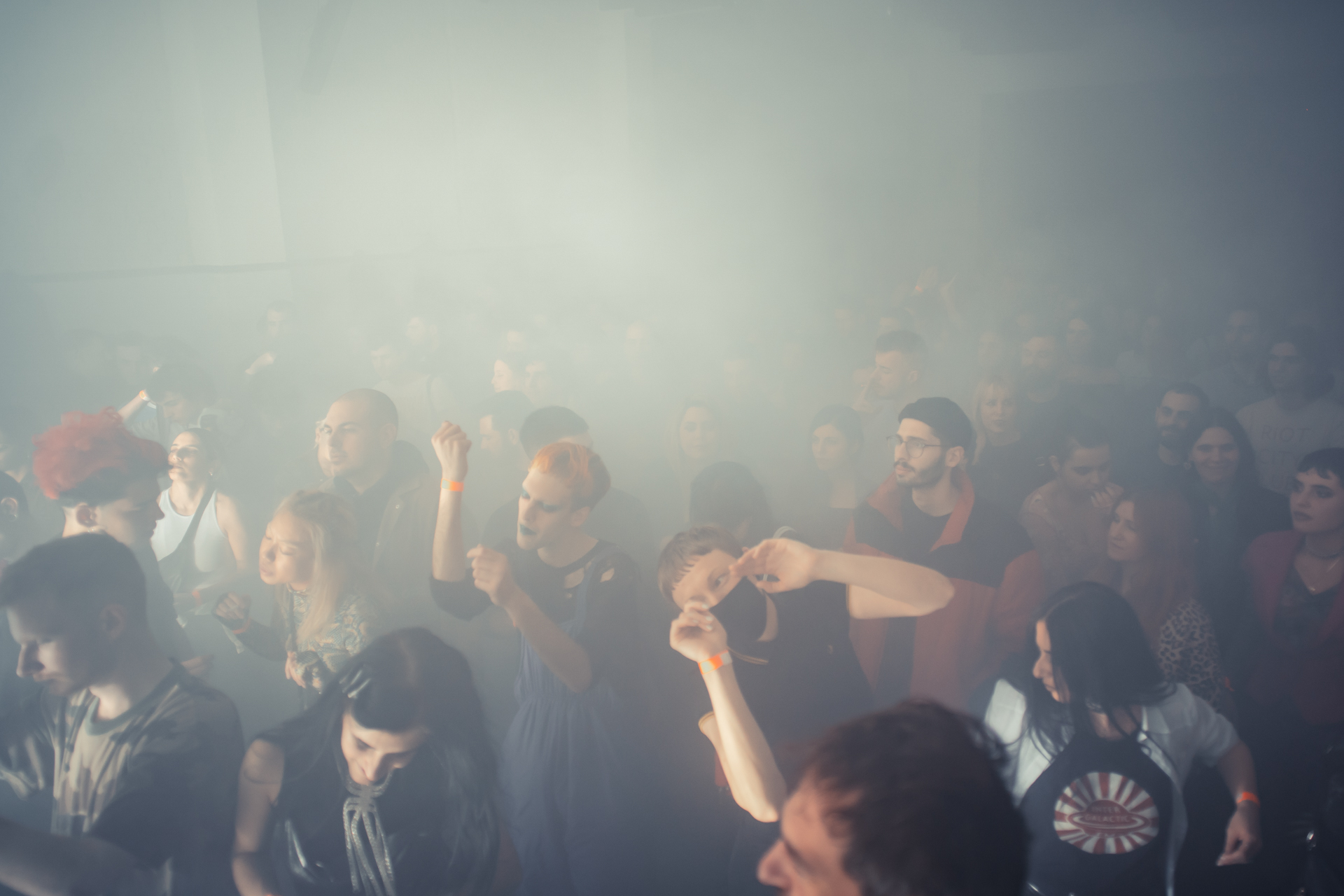 CCB Magazine:Sorry, if i ask again. But what does ‘mining’ mean?

O! In cryptocurrency networks, mining is a form of validation when creating transactions. For this effort, successful miners are rewarded with cryptocurrency assets. Some miners have decided to pool resources, sharing their computer processing power over a network of users, which is how we can do it. The users together mine into one pool, combining computing power and then splitting the reward equally, according to the amount of work/power they have contributed to the mine probability of finding a block.

We organize so called public cryptoraves. In this way you donate typically 11 hours of your computer power to gain full access to the cryptorave. Along this way you gain a new identity, the location and the date

CCB Magazine: You say that by mining the crypto currency people not only mine the currency itself, they also create a character they can embody during the evening. What is the meaning behind it? How does it work?

O! The cryptorave scene is both a political and social space. In order to protect this nuance and eliminate outsiders and insider clique substructures, we decided as a community for all the cryptoraves to be spaces of Real Game Play (RGP). Real Game Play is the act of performing a meta-structure of yourself and your new identity. We run 6-8 hour workshops before the raves start that you can join in order to define this better for yourself and also meet your community before the rave. We really concentrate on re-appropriating life, mostly out of fascination. What lies beyond the standard state of perception is commonly based on cognitive emotions and experience, when you begin to unpick this, it really opens up your view. Real Game Play allows us to tap into that and use lucidity as a form of direct action to live in another mode, idea or life for an extended period of time.

O! In the first place we are a art collective. But the performative side of our work is to help people perform someone else´s story. Omsk Social Club as a concept has always pitted itself as a role-playing practice. In 2016 we started the first works, initially in private playing with life and its narratives in sequenced test spaces. We went public in 2017 with PLAY RAVE outside the city of Zurich. It was set-up as an illegal rave and ran for 6 hours starting at midnight. Players were given random characters created from looking at and speaking to four different generations of crews, promoters, DJs, producers, dancers and cult figures in Zurich that had put on illegal raves over the years since the 1980s. They were interviewed on their lives, memories, crushes and pains. Names were changed but attitudes stayed the same. Remixed into common political phenomena, we birthed 400 identities who played, danced, roamed in alternative states and questioned what was authentically real and what was not. This was our first piece of participatory role-playing co-immersion. We knew it wasn’t a performance but we didn’t know anyone else that was doing this.

Real Game Play is the act of performing a meta-structure of yourself and your new identity. It allows you to use lucidity as a form of direct action to live another mode, idea or life for an extended period of time

CCB Magazine:You say I have to mine crypto currency for participate in a cryptorave, which I need to be able to pay at the event itself. So mining is a kind of currency. If we look at the history of money, paper money was invented in China in the 11th century during the Song Dynasty. More than 20,000 years ago our ancestors in Western Europe probably paid with small stone axes. In 2018, cash turnover in Germany was below cashless turnover for the first time, according to a study by the Kölner Handelsforschungsinstitut EHI. In many other countries it is already common practice to pay even the smallest amounts with a card. However, crypto currencies such as Bitcoins have not yet established themselves because the currencies are so unstable and, above all, are not accepted by the banks. Is it your goal to abolish cash?

O! No, getting rid of money would not end the uneven power structures, oppression, sexism, racism, classism that lies behind it. Money is only the materiality of the problem and it might also be the most visible trail. Our goal is to organise spaces for immersive and experimental thinking as to induce states that could potentially be a fiction or a yet, unlived reality. Omsk works closely with networks of players, everything is unique and unrehearsed inside these spaces - the cryptorave is only one example. In the past Omsk Social Club’s Real Game Plays have introduced landscapes and topics such as rave culture, survivalism, catfishing, desire & sacrifice, positive trolling, algorithmic strategies and naturally decentralized cryptocurrency. 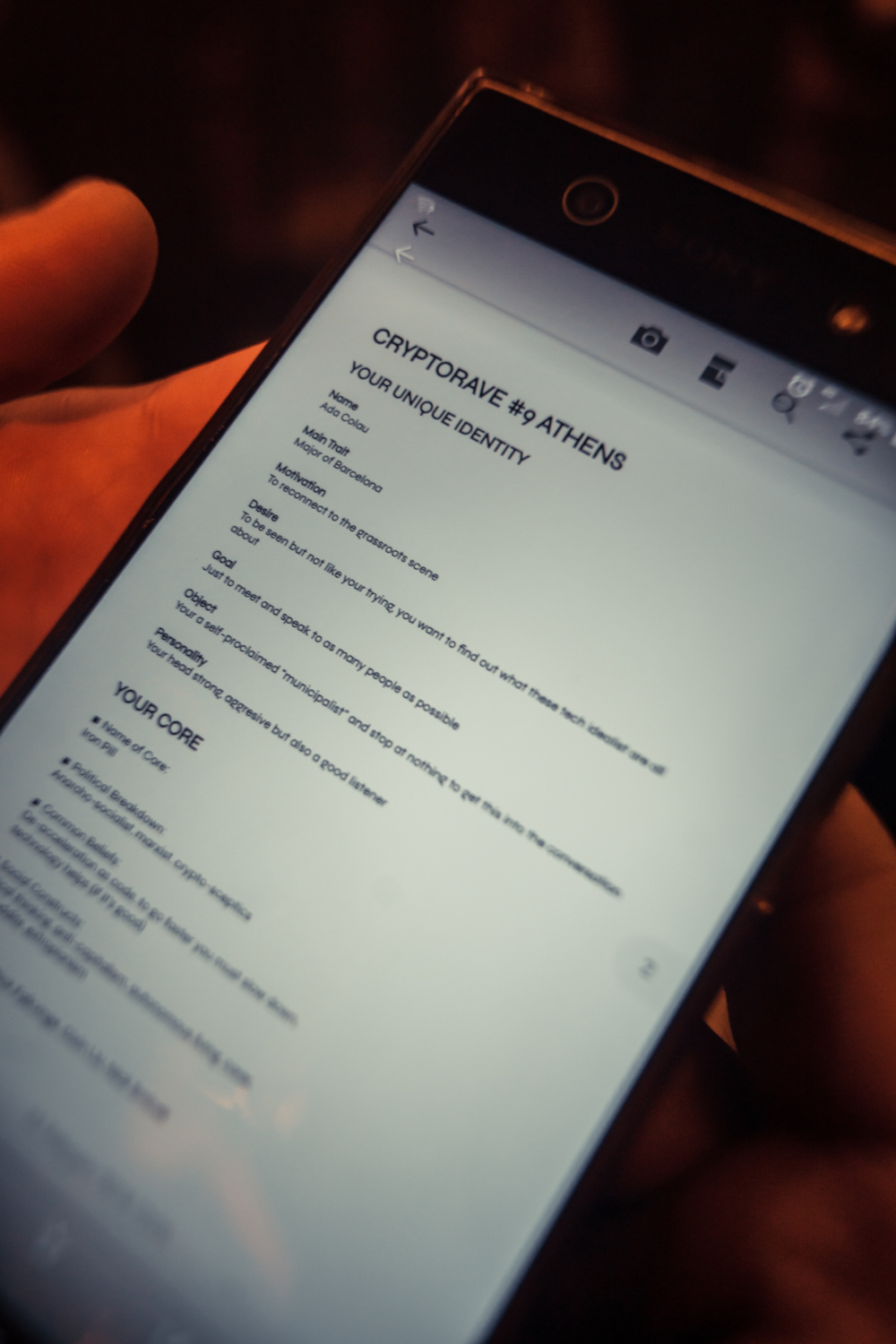 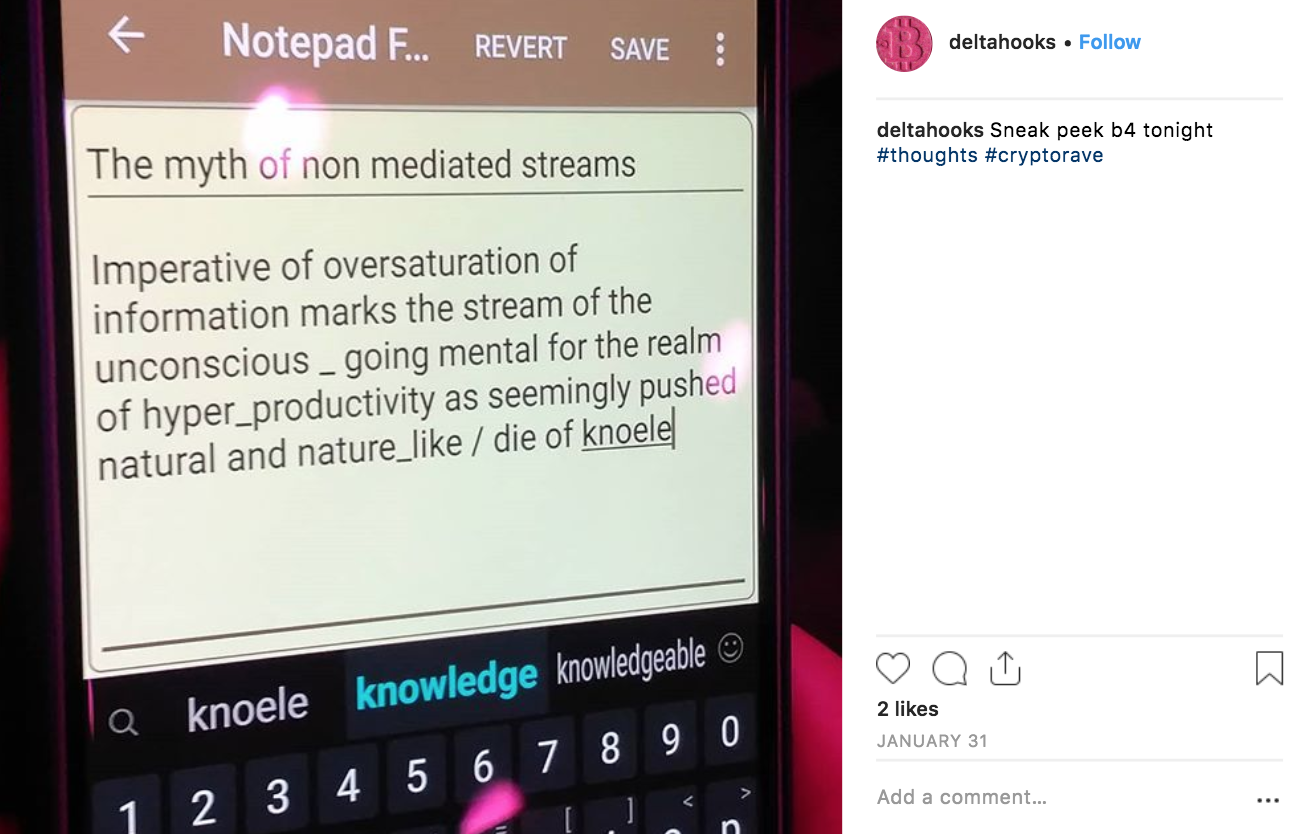 CCB Magazine:But is there at least some form of criticism of capitalism and financial systems behind this?

O!We are a political group. But to say that we´re creating cryptoraves to critic capitalism or the financial system is way too simple. Especially because what we create is very specifically subjective to us and the people who participate. We experiment with the potential other, be it the other self or another world. This can be a critic but it can also be a birth or a slaughter of all the systems you think you know.

No, we don't want to abolish money. Our goal is to organise spaces for immersive and experimental thinking as to induce states that could potentially be a fiction or a yet, unlived reality

CCB Magazine: Our new magazine is called "The Big Good Future" and focussing digitalisation.  On the one hand, it strengthens the monopoly position of large corporations and investors. Authors like Thomas Ramge therefore even demand a data-sharing obligation. On the other hand, digitalisation enables new forms of collaborative work, facilitates new financing approaches such as crowdfunding and crypto-currencies are made possible. What do you think: Will digitisation lead to the dissolution of power structures, or will it intensify them?

O! As with all things it depends on how you use it. Our practice would not be possible without the digital and its ability to connect us to others, we use the digital as a tool to organise ourselves and reach people in an real life space. We don’t believe there is a choice of one or the other. Both should be used in tandem to create the best structures for the community.

CCB Magazine: Now I am fixed - I want to go to your next Cryptorave. How do I find out about it?

O! We would say wait till it comes to you, things always seem to have a way of finding themselves to the right people at the right time and then start mining. We also have a mailing list, if you don’t believe in fate. 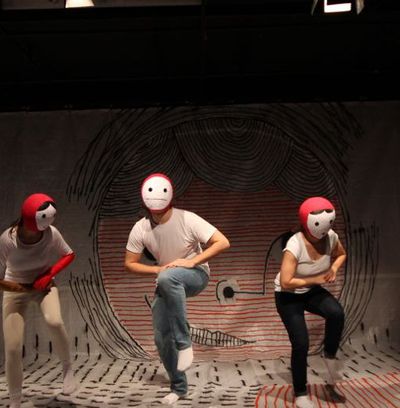 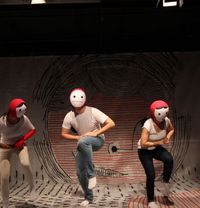 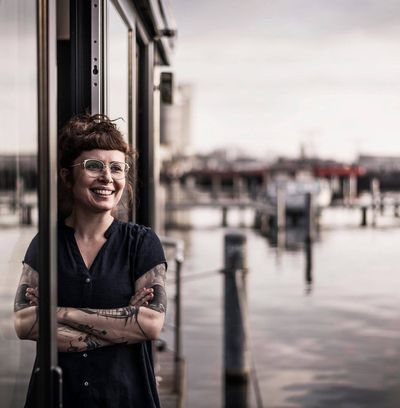 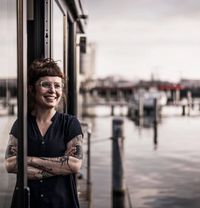 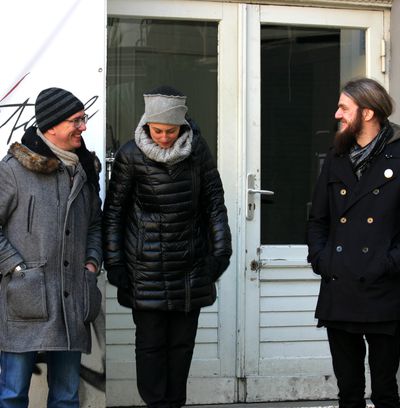 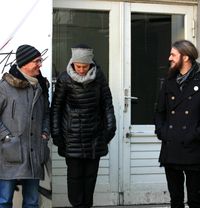 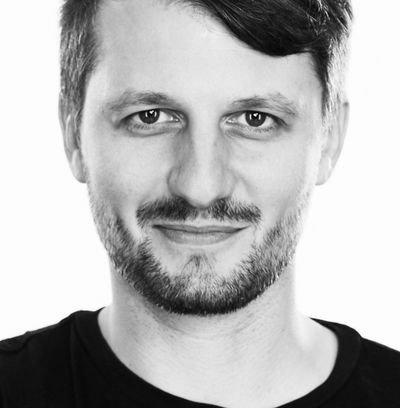 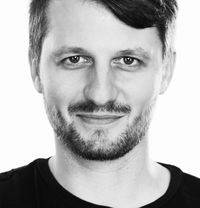