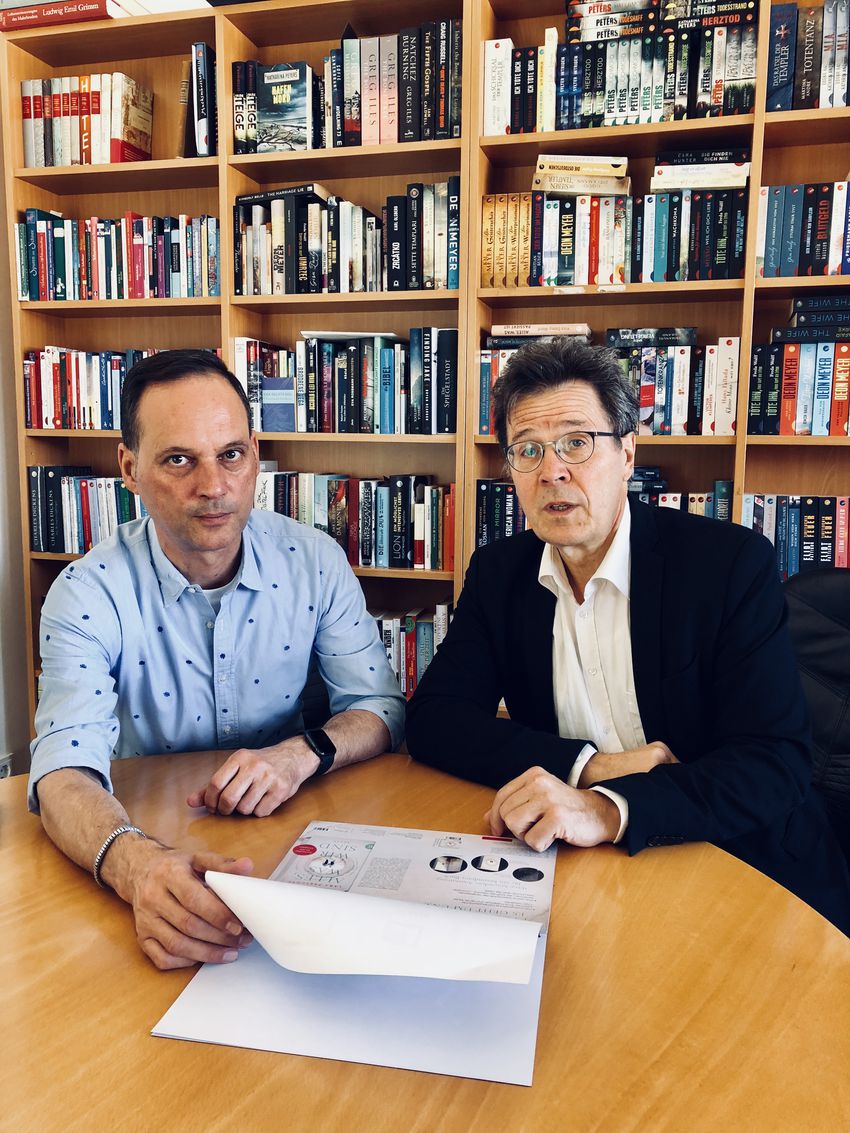 Digitalisation is putting the publishing world to the test. Will there still be printed books in the future? Is Amazon giving publishers the permanent boot? One thing is certain: The transformation of the publishing world is no drama. More Chekhov than Shakespeare, a little melancholy, but no carnage. And small publishers, especially, will benefit from the digital possibilities, although many can hardly survive at the moment. We visited three publishers in Berlin for an insight into a complex industry.

The mere imposing nature of Aufbau Haus publishing impresses you when you arrive. The smooth, gray con­crete points towards the large roundabout surrounding Moritzplatz, around which the traffic turns in continuous loop. This is exactly where the Aufbau Verlag, founded in 1945, resides, two blocks away from the geographical centre of Berlin (or so it is claimed, at least, on Google Maps). With its 30 employees and 200 publications a year, the publishing house is one of the medium­sized publishers in Germany and one of the oldest in Berlin, a real veteran. There are over 400 publishers in the capital, and around 2,000 companies are active in the Berlin book market.

How does such a publisher master the challenges of digi­talisation? We have an appointment with the publisher Re­inhard Rohn for an interview. Lift up, fourth floor … bin! Rohn hasn’t arrived, is still on the train, says the receptionist and smiles – the train as always. We nod knowingly. Oliver Pux, head of the digital department at Aufbau Verlag, is expect­ing us in the boss’s office. He comes straight to the point: “The reader decides what and how he wants to read.” Digitalisation isn’t changing any of that, he says, only the forms of reading are changing. Meaning: More e­books or other dig­ital reading formats for smartphones, tablets and other de­vices. Pux estimates the e­book portion of the entertainment literature to be 25 to 30 per cent. In the case of more sophis­ticated literature, it would be at most 15 per cent, which is not surprising, as the readership is mostly older and more book­oriented. Novels are the publisher’s main business – as is the case with almost all major publishers. Contrary to the thesis of the recently deceased writer Philip Roth, according to which only a small minority of people read literature at all, the situation isn’t quite so bad. The book market is stable. In 2017, more than 82,000 book titles were published in Germa­ny. People are still reading, and while the number of readers has dropped six million in the past five years, the book is still very popular. The much­hyped e­book has still not replaced the physical book, its share of sales in the book market re­mains at a constant five per cent. Nevertheless, the number of e­book sales is gradually increasing, especially if you look more closely at the individual divisions. The book market is also showing a tendency for print forms to shrink slowly but steadily and for e­books, but also new digital forms for tab­lets, smartphones or audiobooks to grow slowly but steadily. However, the transformation from analogue to digital is far from being as dramatic as the newspapers. 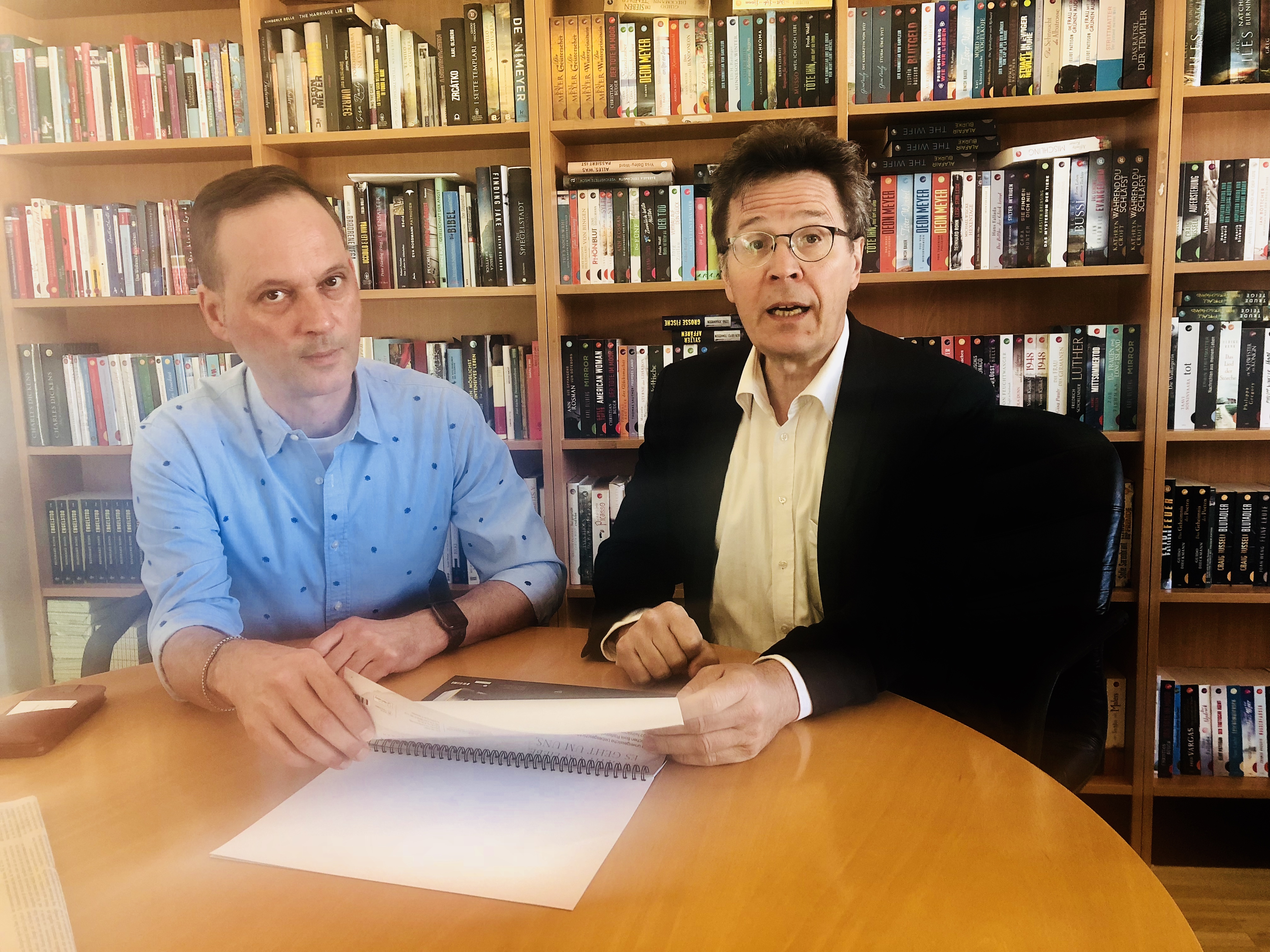 Two gentlemen at work: Oliver Pux and Reinhard Rohn from Aufbau Verlag. We paid them a visit. Photo © Silke Ohlenforst

Rohn enters the room, apologises, it was just a problem with the train. Both radiate a serious, distinguished aura. What were the questions again? Oh yes, Amazon! We want to know if they consider Amazon the cold­blooded publisher killer everyone purports it to be. Pux waves off casually. “Ama­zon is a competitor to us like everyone else”, he says. And Rohn adds, “Amazon is not a real competitor to a publisher, frankly. For us Amazon is mainly as relevant as a booksell­er.” The platform is neither a salvation nor chronically evil. In the end, Aufbau books are also for sale on Amazon and the legally binding, fixed book price prevents price dumping. It should be noted that fixed book prices are an intervention in the free market economy as they guarantee publishers and booksellers a minimum price for book sales. The underlying idea is that books are a cultural asset worth protecting and must not be an arbitrary object of market capitalism. In 2016, fixed book prices were also extended to e­books. But what about Amazon’s Kindle Unlimited? Since 2014, the compa­ny offers a flat rate for books: For 9.99 euros a month, you can borrow e­books and audiobooks from Amazon’s gigantic media library, but only ten at a time. The German company Skoobe also offers a similar e­book flat rate. And many librar­ies already have so­called online flat rates in their assort­ment that work on a similar principle. Publishers are involved through licensing agreements. So far, however, such book flat rates haven’t run into trouble. Pux has a simple explana­tion for this: “The media use of books is very different than in movies or music, because it takes much more time.” A song is heard quickly, a film is watched quickly, and in compari­son to a book a newspaper is a mayfly. That may also be the reason why digitalisation has not yet turned the book market into something like journalism or the music industry. Nevertheless, the publishers feel a certain pressure to adapt. It’s about cost savings or about making the program more mass­marketable. The goal is to remain profitable. But in the end, it’s the publishers who maintain and deliver a promise of quality through their gatekeeper function. For Amazon on the other hand, it’s all about the money: Everyone can pub­lish here, anyone can sell. In this sense, the platform is more like a print subsidy­publishing house where the author has to pay for the printing himself. The book as a cultural asset plays only a minor role.

Second stop: Frohmann Verlag. Things don’t get any more digital than this!

Next stop. We pay a visit to Frohmann publishing house. Un­like Aufbau Verlag with its 30 employees and more than half a century of cultural history, Frohmann Verlag is just one woman: Christiane Frohmann. We chat about her publishing concept over a cappuccino. Frohmann publishes genuine­ly digital literature. In the words of the publisher: “Literature that emerges from the context of digitalisation.” If publish­ers, such as Aufbau Verlag, have to adapt to digitalisation, the Chuck Norris principle applies here: Digitalisation adapts to the publisher. Frohmann publishing house was not only creat­ed in the midst of the digital revolution, Frohmann is also part of the ORBANISM universe – in Berlin, that’s no unknown gal­axy. The goal is to create “good meeting formats and  spaces for publishing, media and culture through the ORBANISM universe”, says the publisher. Frohmann’s book sum is man­ageable: Four printed books and five to ten e­books created each year. “I work to publish”, says Frohmann – the credo of many independent small publishers. Only a few can live by it. They are essentially concerned with publishing good litera­ture, books that they understand in the sense of a “cultural mission”. With her project “Tausend Tode schreiben” (Writ­ing a Thousand Deaths), in which she has collected a thou­sand texts on the subject of death, Frohmann, according to her own statement, inspired the major mainstream publish­ers to publish collections of texts on specific topics in similar fashion. Another special feature of the Frohmann publishing house is that it not only offers its books on Amazon, but also on the Mojoreads platform, which is striving to be a kind of Amazon with social values. 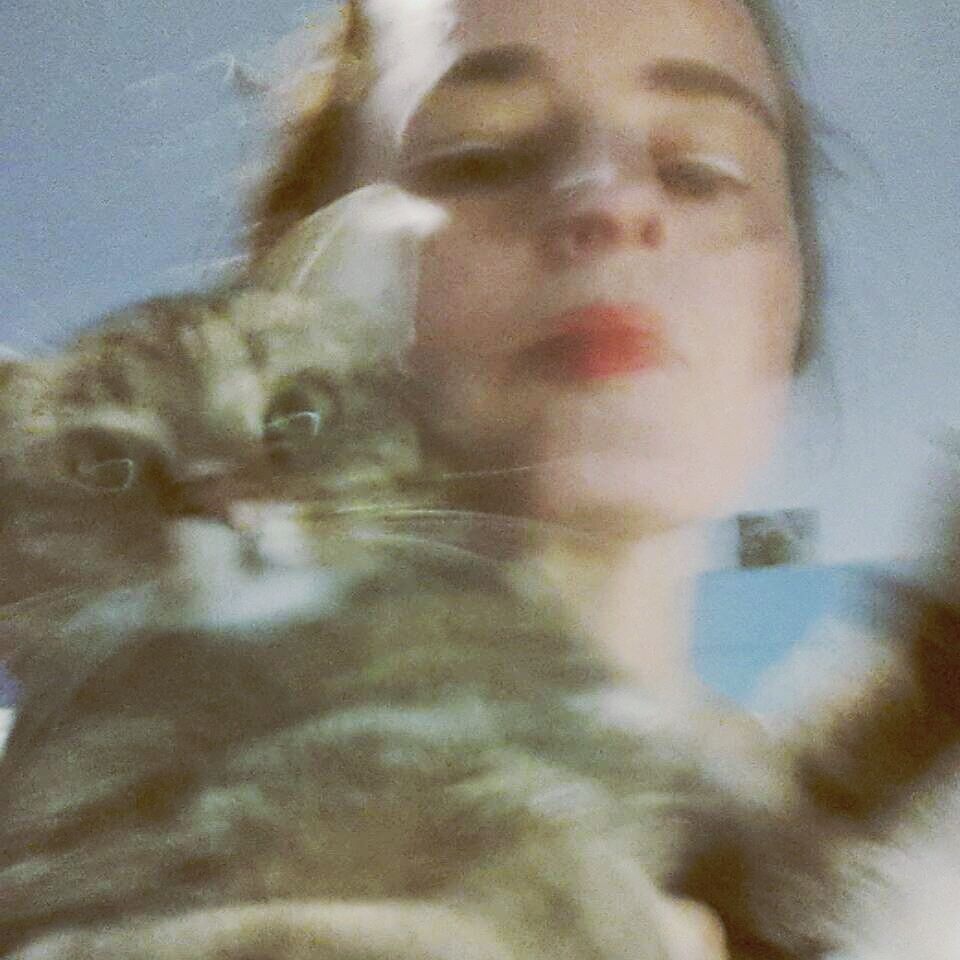 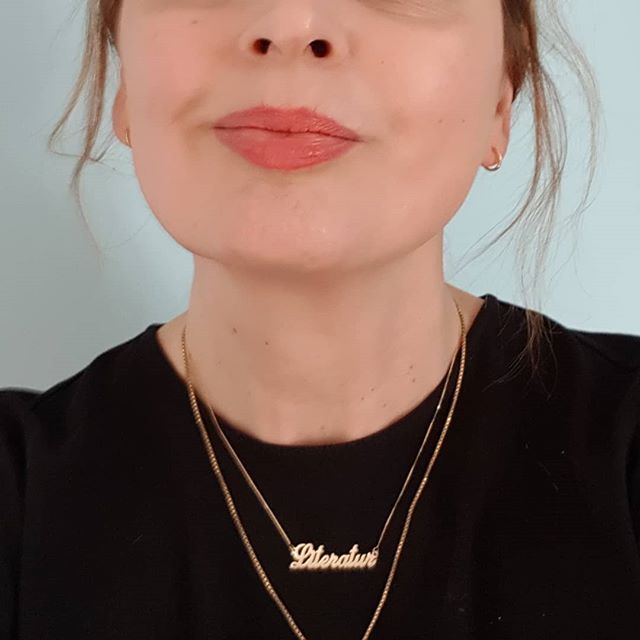 Digitalisation is not too much of a revolutionary process for the handful of Digital­First publishers, of whom Frohmann, Culturbooks, OxOa, Ring eBooks and mikrotext can all be found in Berlin. Here, you simply roll along, and you benefit from the new possibilities of digital marketing. This applies in the broadest sense to all small, independent publishers, of which there are over 300 in Berlin, according to the Börsen­verein des Deutschen Buchhandels. Creative marketing via Twitter, Instagram and Co. creates new reach today with out devouring huge sums of money. Advertising in newspapers was yesterday. Social media has become the number one marketing tool due to its immediacy and high level of participation (and the power behind it). The e­book format also saves the costs of printing and storage. Especially since most small publishers do not aim to be profitable. This opens up a field of experimentation for them and often enables them to set new trends that the big publishers then take on.

Verlagshaus Berlin, our third and final stop, shows that you can get along as a publisher without e­books. Its three pub­lishers specialise in illustrated poetry collections. A poetry book is often dedicated to a socially relevant topic. For ex­ample, one may deal with extinct species at different times; the illustrations for these poems depict animals dressed in the fashion of the time. Dominik Ziller, Andrea Schmidt and Jo Frank publish ten books each year, with just under 120 ti­tles in total so far. Their clientele, a small but very loyal read­ership, prefers the physical product; e­books are rarely sold. The publisher evolved in 2005 from a previously distributed literary magazine. The three publishers not only share their love of poetry, but also the wearing of black clothing that has become their trademark. Digitalisation, Frank says puffing on his cigarette, benefits them above all in internal communica­tion and marketing. “Instagram is absolutely brilliant for us”, says Ziller. You can attract a lot of attention with the hashtag “Poetisiert euch”. A peculiarity of the publishing house is not only the original combination of illustration and poetry, but also the fact that they don’t use standard typographies for their volumes. Over the years, they have developed a stable, crisis­proof brand together with their more or less set list of authors. Last year, they won the Berlin Publisher Award – a prize for innovative small publishers. 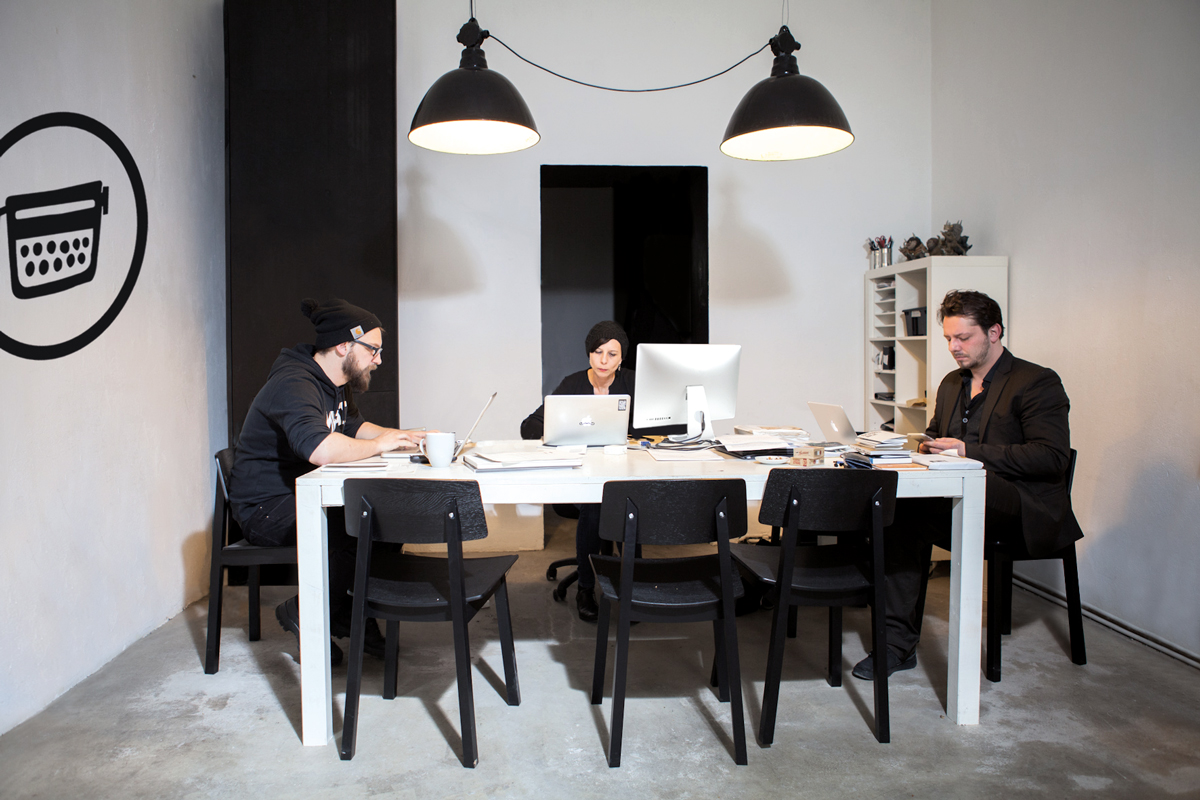 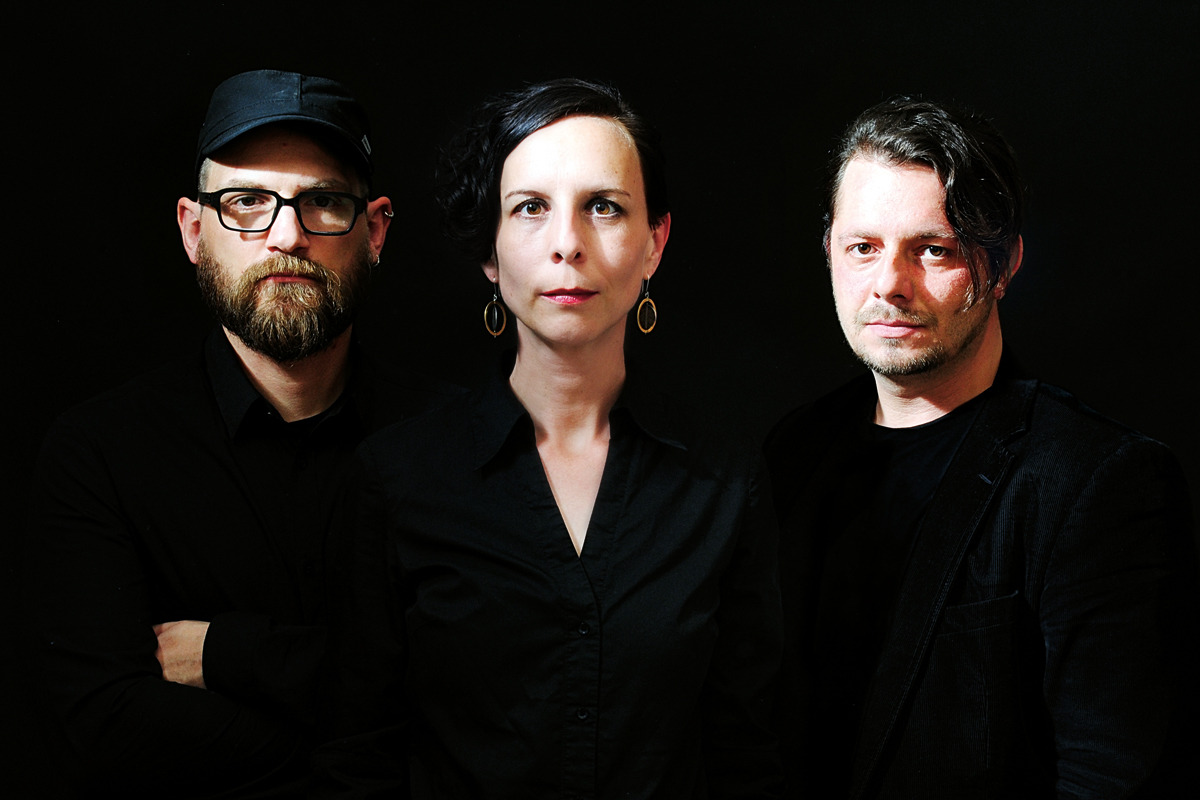 By evening our tour is over and we go around the corner to have an “analogue” beer. That’s a given and what’s also clear is that the changes occurring in the publishing world as a result of digitalisation are no great drama. More Chek­hov than Shakespeare, a bit melancholic – but no carnage. It’s the small publishers, especially, that are benefitting from new digital options, although many can barely get by from their work. Nevertheless, this doesn’t detract from their love of experimentation. Roth is dead – and may he rest in peace – regardless, literature will be around for a long time. 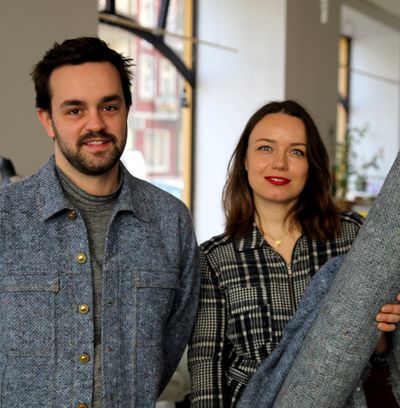 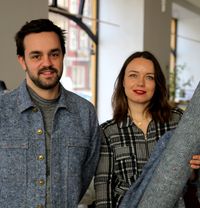 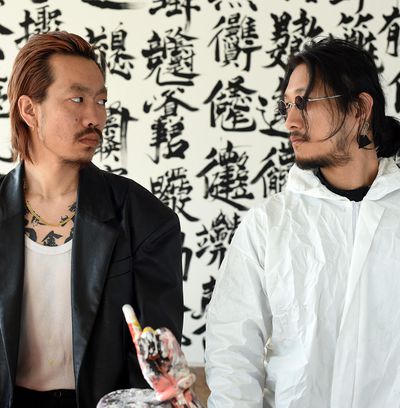