Berlin has more than 280 clubs, and all of them are currently closed. No other industry has been hit as hard by the Corona crisis as the club scene. In addition to government aid, the crowdfunding campaign United We Stream has been running on betterplace.org for weeks. Can this save the clubs? Will we all soon be dancing in fancy masks? An interview with Lutz Leichsenring, spokesman for the club committee.

CCB Magazine: Lutz, you are spokesperson for the club committee, how is the mood in the club scene?

Lutz Leichsenring: Oh, we're in a good mood actually. Our campaign has electrified a lot of people, so that lifts the spirits a bit. Now we have to see how it develops over the next weeks and months. For the club scene as a whole, the situation is naturally very worrying.

CCB Magazine:No other industry has been hit as hard by the Corona crisis as the club scene. You have been drawing attention to the desolate situation for weeks through a crowdfunding campaign. Surely that can't save the city's club scene. Can it?

Lutz Leichsenring:No way. This is all about attention. Many a club would need about as much per year as we have raised through the entire crowdfunding campaign so far - that's about 500,000 euros. Therefore we are dependent on subsidy programs from the state and federal government as well. So far, smaller clubs with up to 10 employees have been able to apply for Soforthilfe II - a one-off grant of up to 15,000 euros. Companies with more than 10 employees could also receive grants from the Soforthilfe IV, a cultural aid program. For many operators, however, the funds are not even enough to bridge a three-month period. That's why we are also counting on the federal aid, which will hopefully soon be implemented to fit in perfectly, as this is the only way the club scene can survive. By the way, credit offers are not very recommendable, because the clubs are often not able to pay them back or have existed for so long that they aren't eligible to receive any. Some clubs that have recently applied for loans have been turned down by the banks because of credit unworthiness.

Many a club would need about as much per year as we have raised through the entire crowdfunding campaign so far - that's about 500,000 euros. Therefore we are dependent on subsidy programs from the state and federal government as well

CCB Magazine:You talk about "hardship cases" on your homepage. Which clubs are particularly hard hit?

Lutz Leichsenring:Basically, it affects all the cultural producers in the city, the small ones with few reserves of course all the more. We are currently asking how much reserves the clubs still have, which we will then communicate to the Senate. You simply have to know what these clubs mean for this city: According to a study we published, a quarter of all tourists come to Berlin because of the clubs. Every year, the clubs generate a turnover of around 170 million euros. And at least as important: Without our locations the artists have no stages. This is all collapsing now. And the worst thing for the clubs is that they still can't open - now that the liberalization of the restrictions are coming. 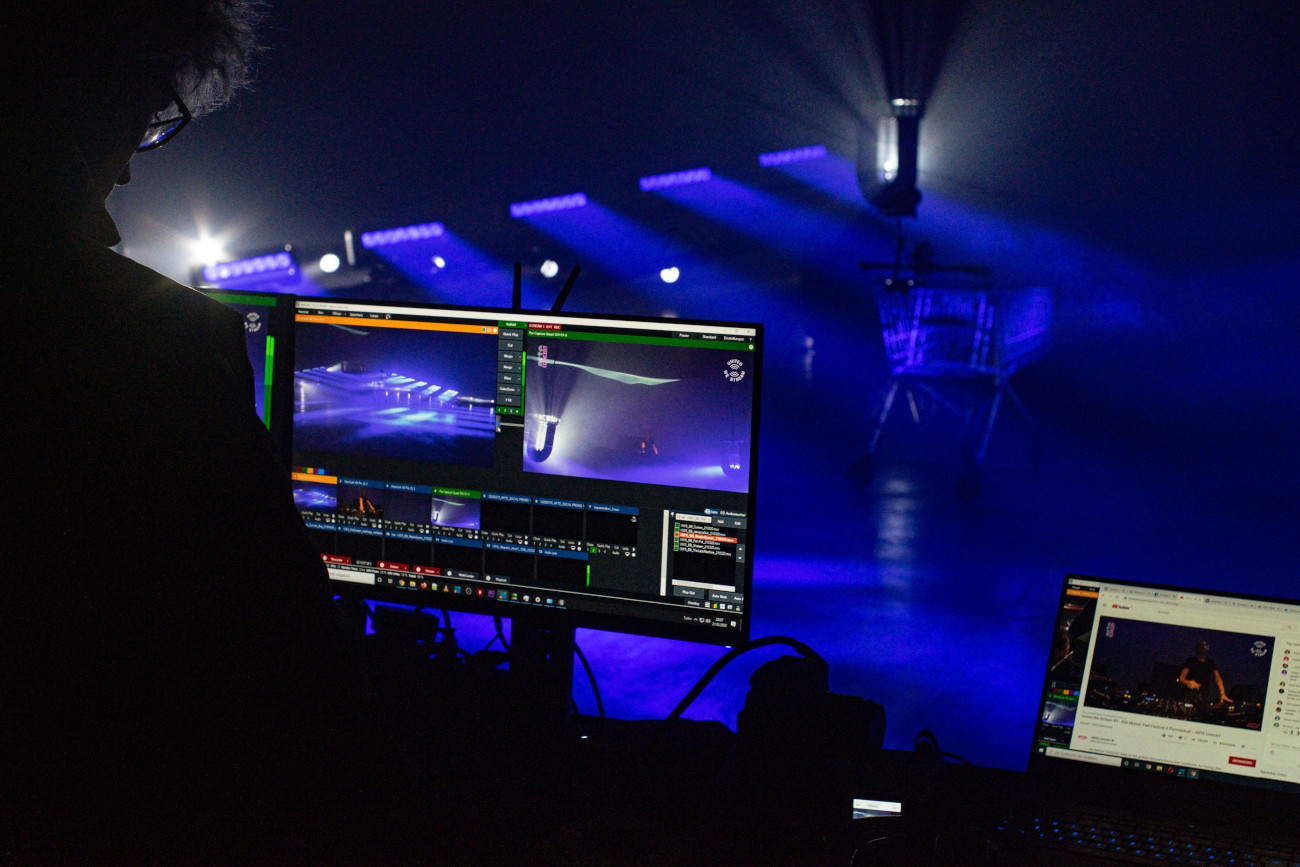 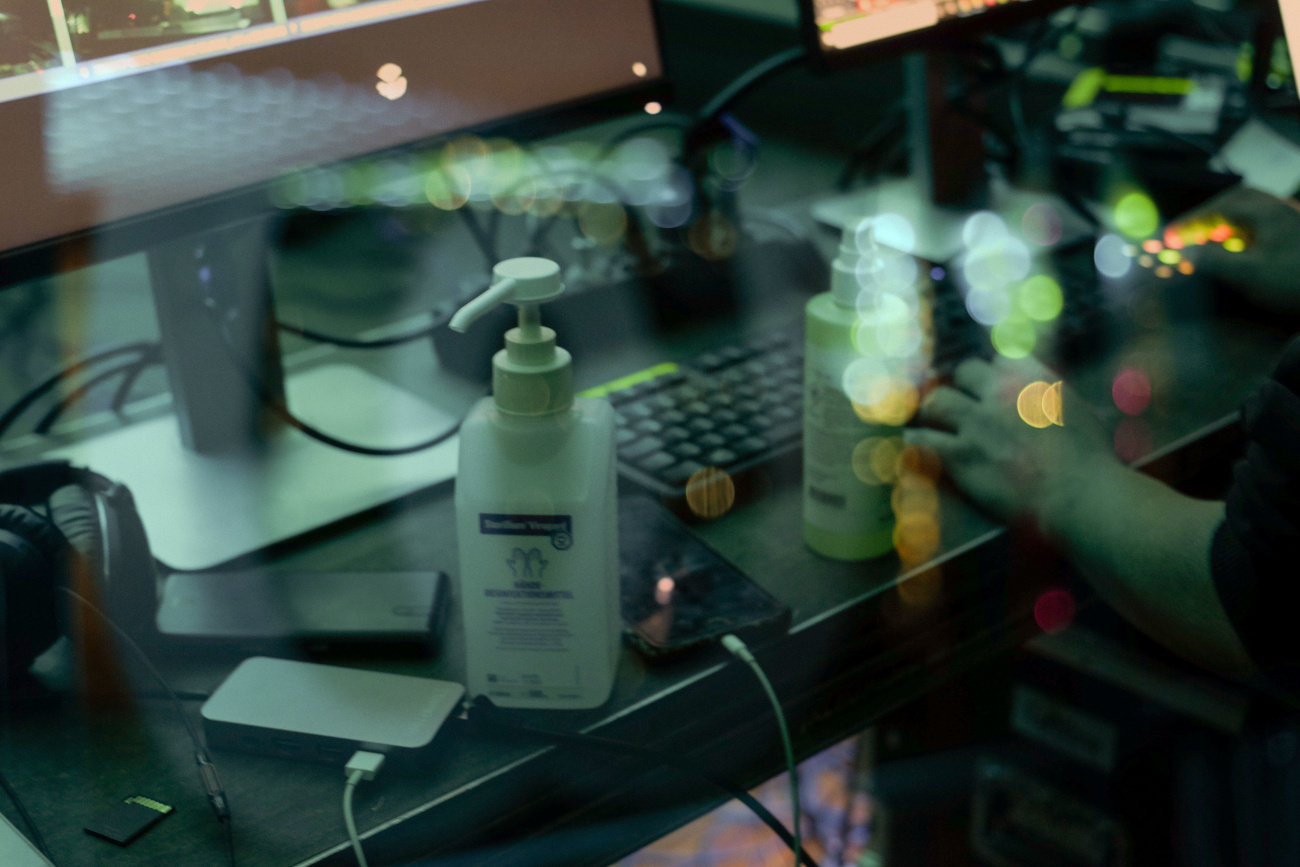 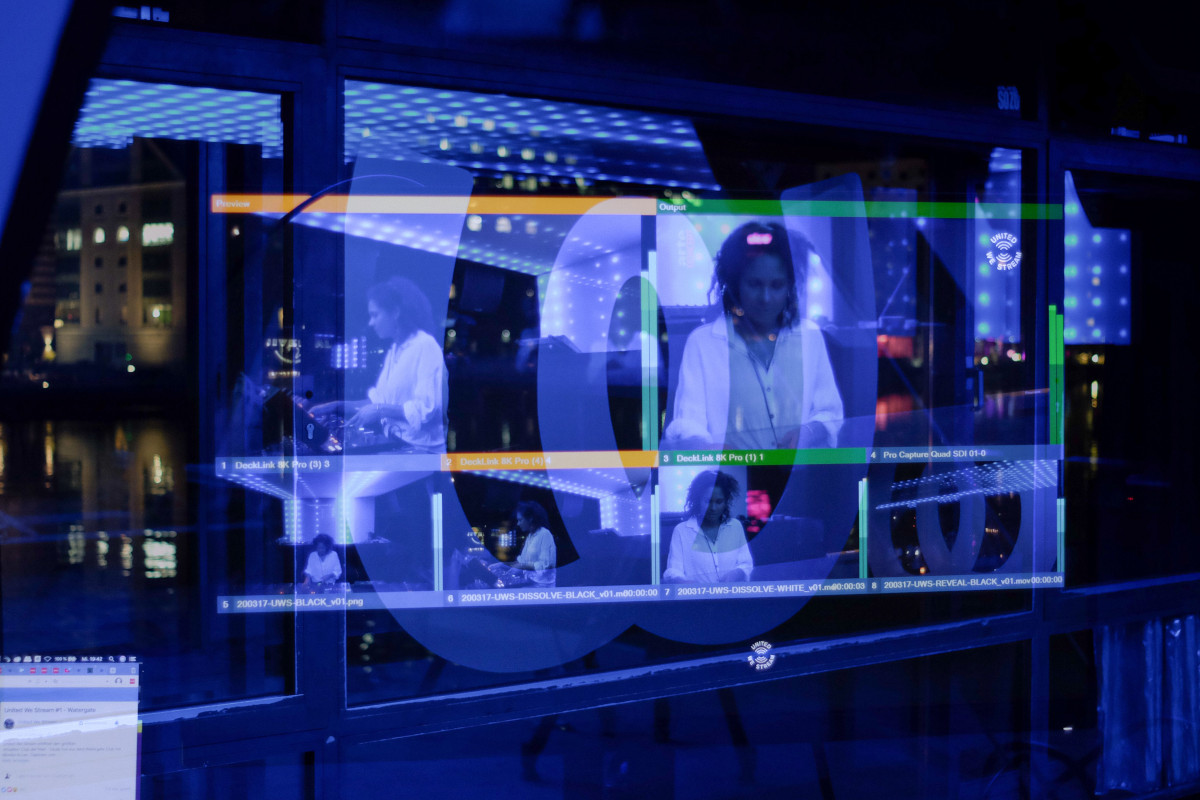 From you never walk alone to you always streame alone (in a club) - Fotos: Jascha Müller-Guthof

CCB Magazine:You demand a relaxation in the sense that from now on one can go to the clubs with masks on.  Dancing with masks, isn't that awful?

Lutz Leichsenring:This is not an ideal solution, but the clubs will be the last ones allowed to open. That's why we have to come up with something. At the moment we are experimenting with events in the large outdoor areas of some clubs. Admission only with mouth-and-nose cover, access is via a personalized online ticket system. In case of possible queues we also pay attention to a distance of 1.5m. Also, appropriate attention is paid to the distance requirement for people who do not live in the same household. When entering, all persons have to wash their hands thoroughly, and entering and leaving is scanned in each case so that a follow-up by the health authorities remains possible for 30 days. All staff also work with mouth-nose covers. And as far as the booking is concerned, artists living in Berlin are preferred. This is the only way to do it. Operators of music venues who do not have suitable space at their disposal should obtain special usage permits for suitable streets and squares from the district road and green space authorities in a simplified procedure. In addition, any necessary permit and special usage fees for the music venues must be waived. I know it all sounds scary, but we have no other choice when it comes to livelihoods. On the other hand, it is already clear that this is not an option either for operators or for guests, because it does not correspond to the club culture, which lives from closeness and freedom. A real dilemma.

A quarter of all tourists come to Berlin because of the clubs. Every year, the clubs generate a turnover of around 170 million euros. We should not risk loosing this

CCB Magazine:Your crowdfunding campaign has been running on Betterplace for weeks. Betterplace offers the so-called donation-based crowdfunding. Legally speaking, these are donations. In Germany, however, a donation must "serve the promotion of charitable, ecclesiastical, religious, scientific and charitable purposes that are recognised as particularly worthy of support". As is well known, a club is neither a church nor a scientific institution. How do clubs legally fit into this pattern? And how are clubs charged for tax purposes in the end?

Lutz Leichsenring:We have a non-profit association, Berlin Worx e.V. With this we have been pursuing non-profit goals for years, for example in cultural exchange with the electronic music scene in Detroit. This is why we are on Betterplace, because the platform is aimed at non-profit projects. We collect the money via the platform and use it to produce the streaming program in the clubs. Currently we are at around 500,000 euros. But our goal is one million!

CCB Magazine:And how does the distribution process work afterwards? You get the money as a donation and then donate it to the clubs? Which key is used to distribute the money?

Lutz Leichsenring:The distribution key is somewhat complicated: 20 percent of the income is distributed directly as a kind of rent. Eight percent, that is already more than 70,000 euros so far, will go to a social cause - to the Foundation Civil Sea Rescue. We recently paid out the first 300,000 euros to the applicants. The award will then be made under the supervision of a 10-member jury advisory board on the basis of a distribution key that is intended to ensure a fair award process. The clubs will then issue a corresponding invoice. But as I said, this will not save the club landscape. For this it needs the funding pools mentioned above.

CCB Magazine:But that means that you have to fill up the pots until the clubs open again.

Lutz Leichsenring:That's right. A club like Watergate alone has 70 to 80 permanent employees and monthly costs of around 120,000 euros. Berghain has around 350 employees. But of course there are also many smaller venues with lower costs.

CCB Magazine:You have already mentioned Soforthilfe II and IV. How is the money from the crowdfunding campaign finally offset against the funds from the emergency aid of the state of Berlin or the federal government? Do the clubs even have to pay it back in the end, should the case arise that they reopen?

Lutz Leichsenring:No, I don't think so. The money is independent of any support from crowdfunding. The financial obligations a club has also go far beyond what is currently raised by a business or cultural development program. The problem is that many clubs are unable to recover many expenses because they fall through the grid of the programs. And there are also framework agreements that have already been concluded, which cannot simply be terminated at such short notice. Some of these contracts run for one year. The rents have to be paid in the same way, which for Berlin clubs are between 5,000 and 15,000 euros per month. The clubs employ 9000 Berlin workers, which is a real ecosystem. We stand up for all these clubs: We want them to survive.

CCB Magazine:Lutz, we often ask in the interviews here whether there is anything positive to be gained from the Corona crisis. What is your answer?

Lutz Leichsenring:That's difficult. At present, almost everyone is moving offline operation to the net. That's a good thing. But no streaming can replace a club. No 3D glasses can replace the feeling of standing next to a bass box and feeling the vibe. The artist up close, the crowd in the room - but also the vibration and condensation dripping from the ceiling - these are the things that make up a live experience that simply cannot be digitized.

Profile of the Clubcommission Berlin on Creative City Berlin

Also interesting: Should clubs become cultural assets? And how do you convert a club ecologically? 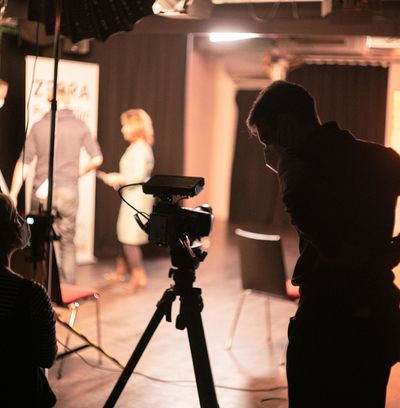 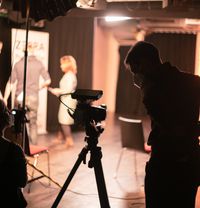 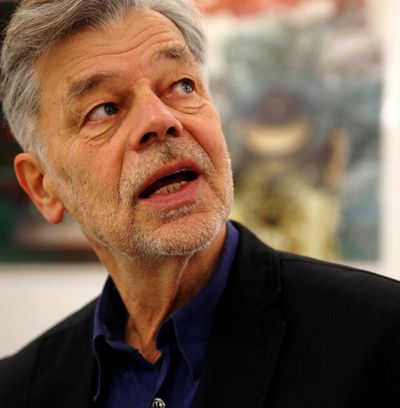 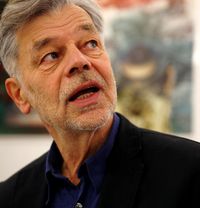 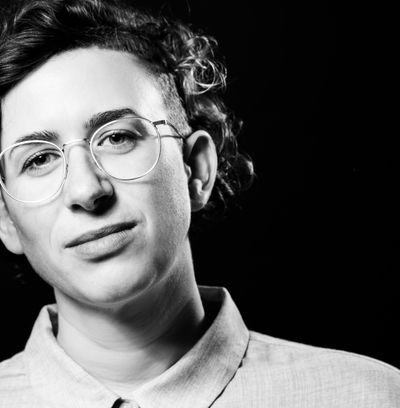 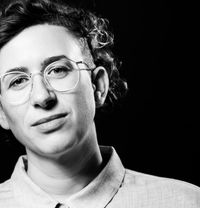 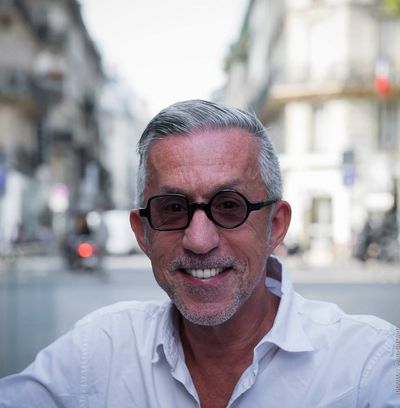 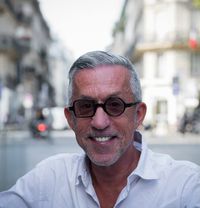 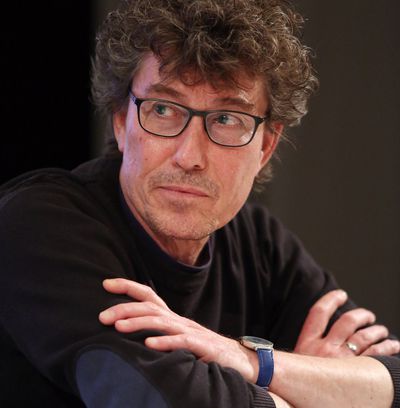 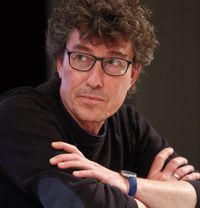