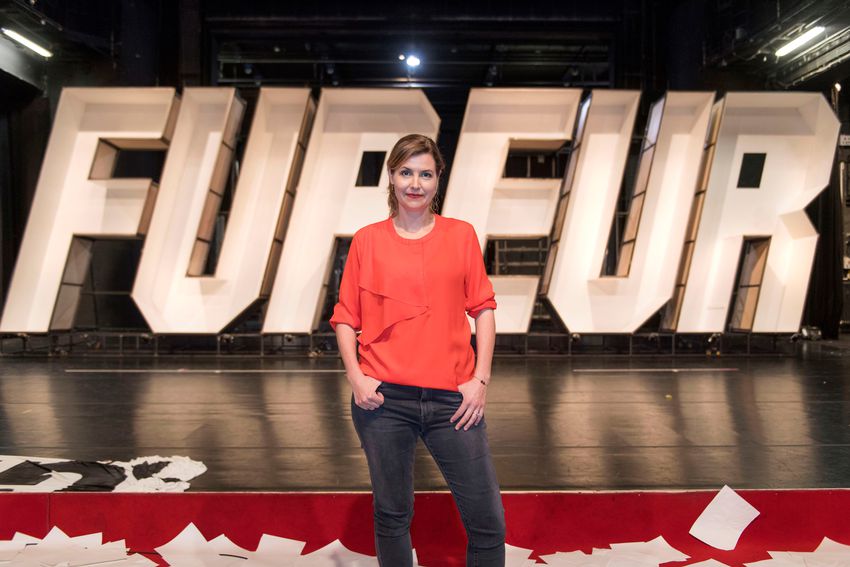 What contribution can theater make to the sustainability discussion? Dramaturge and theater expert Nicola Bramkamp has been working on this question for years. With her project "Save the World" she brings together artists, scientists and experts in the climate debate. A conversation about the crisis, the future and all the theater around it.

CCB Magazine:Ms. Bramkamp, you launched "Save the World". Isn't your title a bit too ambitious?

Nicola Bramkamp:(laughing) Oh no, why? He's not exactly modest, I'll admit it. But saving this globe is a noble goal, I think.

CCB Magazine:What's your goal? What is your project about?

Nicola Bramkamp:I want to bring the topic of sustainability into culture. In 2014, when I started, there was no Fridays for Future and no Greta Thunberg. As a theater director in Bonn, I had a great need at that time to deal with the topic of sustainability in terms of content. I very quickly discovered that there was great expertise and important information from the scientific community. However, this information did not reach the general public. This is where "Save the World" comes in: We bring knowledge into life - unusually, spectacularly, emotionally.  We bring together artists, scientists and experts in the climate debate to create innovative, artistic formats for communicating knowledge.

We have to make topics like sustainability emotionally tangible. Theater creates a sensual approach here. It emotionalizes knowledge

CCB Magazine:What can theater do that science and politics cannot?

Nicola Bramkamp:Theater reaches an incredible number of people - and creates sensual access. Scientists and artists are often good tandems, because what one side can do - exaggerate, illustrate, perform - the other can't do so well. When it comes to overcoming the climate crisis, we need to communicate more than just facts. We have to make the issues emotionally tangible. Within the 2017 UN World Climate Conferences, for example, we staged a children's demo. There was a video set to a song by Bernadette La Hengst, in which 500 children demonstrated against climate change. Then a year later, at the World Climate Conference in Katowice, where we also curated the cultural program, Greta Thunberg spoke publicly for the first time - and Fridays for Future became popular as a result. The debate finally reached the general public. It's not just theater that needs heroines and strong storytelling. The climate crisis is the greatest challenge humanity has ever faced. Creativity and art can look ahead in a visionary way. What later becomes reality has often been on stage before. 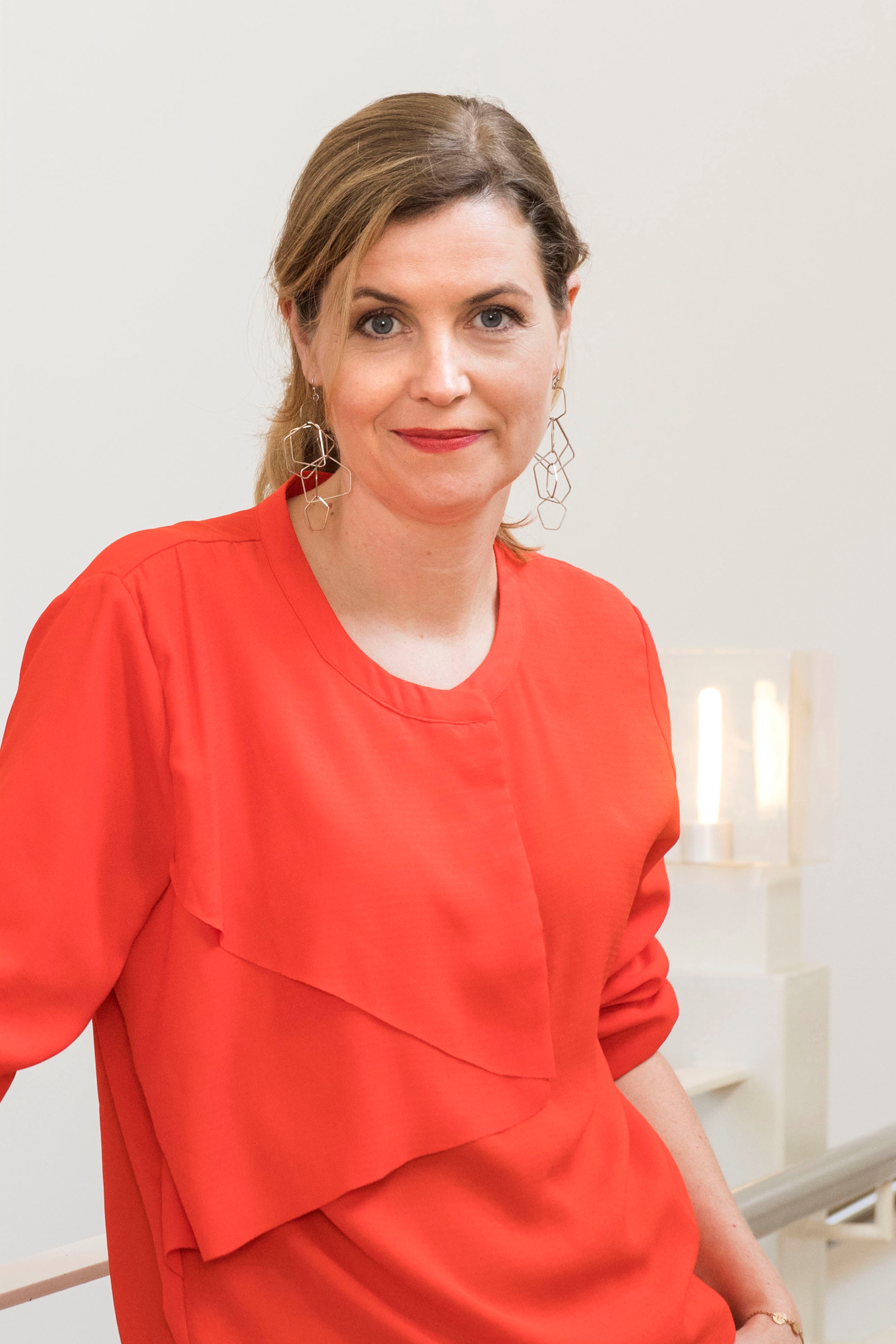 Talking with CCB: Nicola Bramkamp from Save the World. Photo © Thilo Beu

CCB Magazine:What substantive issues does "Save the World" focus on?

Nicola Bramkamp:Our main topic is sustainability in its entirety. In doing so, we are guided by the UN's 17 Sustainable Development Goals, which understand sustainability not only as an environmental issue, but also assume that a sustainable society must address issues such as gender equality, education or social justice. This is precisely what often gets pushed into the background in the sustainability discourse. "Save the World" starts here. For example, we have staged plays on climate issues, but we have also used artistic interventions in the city. Climate, numbers, data, weather - the topics are insanely abstract and we want to convey them sensually and sensitize them aesthetically. But it's also about questions like: How can we produce more sustainably in the cultural sector and still deal with these topics aesthetically? How can we shape a sustainable society, rethink our coexistence, climate-neutral, just, diverse?

CCB Magazine:And, what is your answer?

Nicola Bramkamp:There are many small steps that become one big thing: We cultural workers must first start in our own institutions. We have to become more mindful in our use of resources, of nature, but also of ourselves as people. In terms of climate technology, this involves the whole range of issues, including classic organizational questions about travel, catering, and waste avoidance, but also the major overarching issues and business management questions, such as heating, ventilation, and electricity. We won't be able to change all that from one day to the next. But we can no longer ignore it. We need to do climate assessments and start where the biggest need for action is, such as what the different materials we use have for an environmental footprint. I work on this as a lecturer at the Hamburg University of Fine Arts (HFBK) with stage design students. There, we consider how environmentally harmful Styrofoam, for example, is compared to pressed wood or PVC. To do this, we need to collect figures, do studies and develop a feeling for where we want to go in the future. Every theater can make a very practical contribution.

We cultural workers must first start in our own institutions. We must become more mindful in our use of resources, of nature, but also of ourselves as people

CCB Magazine:In England, climate assessments of cultural institutions have become a basic requirement for funding since 2012. What do you think of this idea?

Nicola Bramkamp:I think that's absolutely necessary. This is not only the case in England, but also in Sweden. In England, it has led to a 23 percent reduction in energy consumption in the cultural sector compared to 1990. In this country, unfortunately, the principle of having to award contracts based on the lowest bid still prevails - we need to change that, too. We need new transparency criteria overall, also with regard to diversity or gender equality. In Sweden, for example, we look at the social health of employees, how many women work in a theater, and what the climate balance is. These are all points where we can - and must - change the funding criteria. The gender debate in culture is in full swing, with many good examples. Since 2020, for example, there has been a women's quota for director selection at the Theatertreffen. Nevertheless, in Germany we are far behind in this respect. When it comes to the gender pay gap, we even bring up the rear in Europe in the cultural sector: women in the cultural industry still earn around 35 percent less than men, and less than 30 percent of management positions in the theater are held by women.

Nicola Bramkamp:I see great potential here! After all, it's all connected. We need to start thinking about our institutions as greener and more equitable. In 2018, Lisa Jopt and I launched the Burning Issues - Performing Arts an Equality conference, which grew out of the Me Too movement. Gender equity and dismantling and punishing abuses of power are big issues in our industry. It's structural - in Berlin alone, there have been three recent power abuse scandals in major cultural institutions. And Corona exacerbated the issue: you needed jobs badly, you couldn't play, your visibility was smaller, and that meant there were also more opportunities to exploit that situation in powerful positions. We're working very hard to change that. In the end, my commitment to gender equality and climate justice have to do with the fact that I am convinced that we need to create a more sustainable society - both in the economic, ecological and political and private structures. We need to make that happen on and off stage. We can inspire, educate, communicate. Theater is an important driver of transformation for this: It holds up a mirror to society. 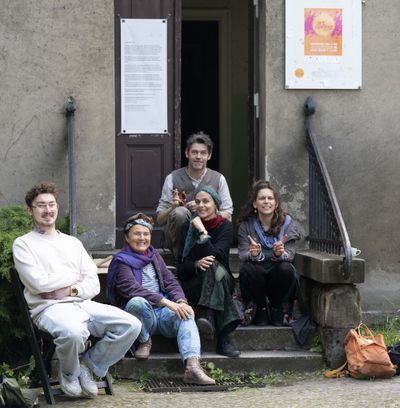