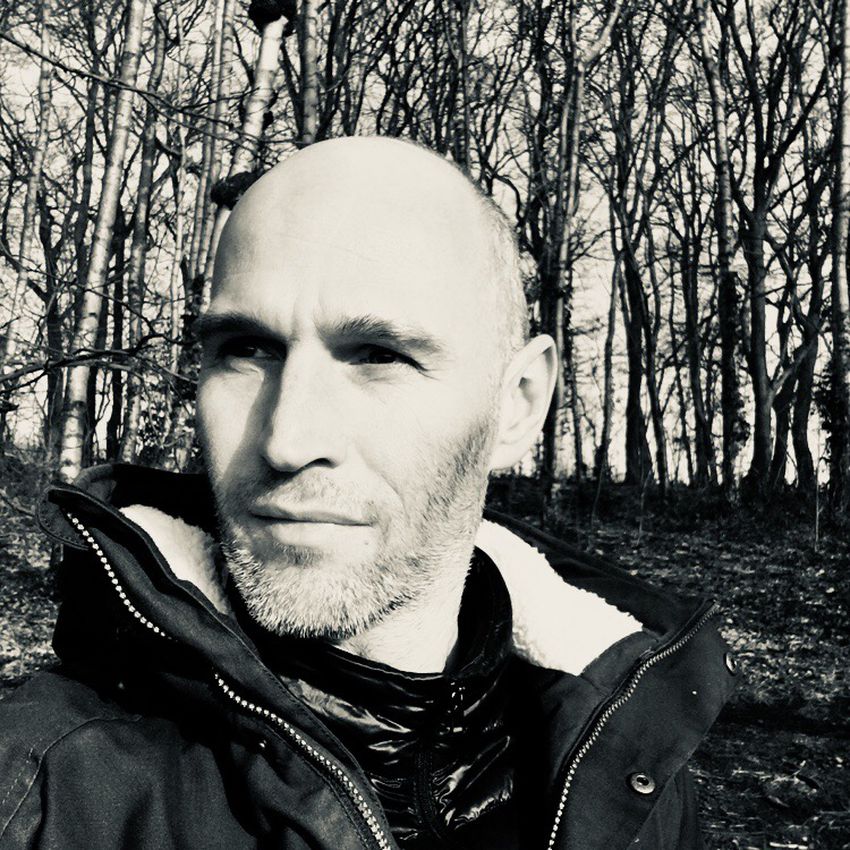 Slavis Poczebutas is an architect and urban planner. He has worked as an architect in London, New York, Hong Kong and Rotterdam. Two years ago he founded his studio MEKADO in Berlin. Currently he is working on spatial issues and architectural concepts for Berlin's creative industries. We present Slavis and his work today and want to know which architectural concepts are needed for cultural workers in Berlin?

CCB Magazine: Hello Slavis, as an architect you are mainly concerned with spatial issues and architectural concepts, among others for the Berlin creative industries. What do you do exactly?

Slavis Poczebutas:My focus and interest has been on sustainable and integrated urban development and architecture for years. This means that I deal with energy and infrastructural issues in implementation, for example. That is the ecological perspective. In addition, I take socio-economic aspects into account: How can architecture be designed in a socially meaningful way? In recent years I have led projects such as Wanzhuang-Eco-City for agriculture in the periphery of Beijing or developed integrated strategic development strategies for the Ninh-Thuan province in Vietnam. Moreover, I'm involved in urban policy and architectural discourses.

CCB Magazine: And that means?

Slavis Poczebutas:I've started an initiative with Bureau Ali Saad and Urban Space Immobilien. Our goal is to design hybrid building typologies in cooperation with relevant stakeholders for concrete transformation spaces and to develop a prototype out of it.

CCB Magazine: Can you explain what "hybrid building typologies" are and what you have in mind?

Slavis Poczebutas:In hybrid building typologies there is usually no unique architectural use. This means that the uses overlap, penetrate and complement each other. These can be, for example, oversized traffic and commercial areas, which offer a multiple of possible uses, but also areas around single-story supermarkets or specialty stores that are still free and can be used. And this is particularly interesting for creative people. For example, why not integrate studios or a workshop into the first floor zones of a residential building or a supermarket? Our goal is to develop prototypes of how low-density monofunctional urban spaces can be used more efficiently.

Slavis Poczebutas:One of our prototypes is the "mixed superblock" at the Metro in Berlin-Friedrichshain. The area used by Metro is approx. 55,000 m², whereby a large part of valuable building land is used for parking. Such areas could be wonderfully converted for creative and other urgently needed uses. There is already a soccer field on the roof, which we very much welcome as a hybrid superimposition of uses. However, it would also be possible to build student apartments on the parking lot without any problems, and to provide studios and open spaces for greenery - a total of up to 70,000 m² of floor space could be built there, which corresponds to about 30,000 m² for commercial and almost 500 residential units, which we have calculated as an example. Another example is the "hybrid supermarket": These are supermarkets like Lidl, Penny, Rewe. Our suggestion here is that you build your own apartments on supermarkets and their parking lots.

CCB Magazine: And that works?

Slavis Poczebutas:Sure. Supermarkets have an inward facing use and thus, except for the entrance, no active socially used façade. There is usually a lot of space around it. One could, for example, build a ring of studios there without anyone being disturbed. And on the roof there would be plenty of space for urgently needed living space, for daycare centers or gardens.

We want stores, studios and workshops to become more integrated into the architectural cityscape in the future, but at the same time to be able to live there. Because: If creative people can no longer work where they live, they move away

CCB Magazine: Is there already a prototype that can be turned into reality?

Slavis Poczebutas:Not so far. But we are in negotiations. We've already had talks with Lidl, who are very interested, but the construction of a corresponding prototype does not correspond to their core business. And getting the right contacts politically is difficult, but we are not giving up. The important thing is to simply test a corresponding prototype in reality. In the past, this has also worked: our prototypes are aimed at the "Berliner Mischung" and the mixed Kreuzberg. Both are tried and tested concepts for success. In districts such as Kreuzberg, it was already clear in the past that you have to do something about tenement buildings threatened by speculators - if you want to maintain cultural diversity and social mix. This is exactly where we come in: We want stores, studios and workshops to become more integrated into the architectural cityscape in the future, and we want people to be able to live there at the same time. Because: If creative people can no longer work where they live, they will move away. 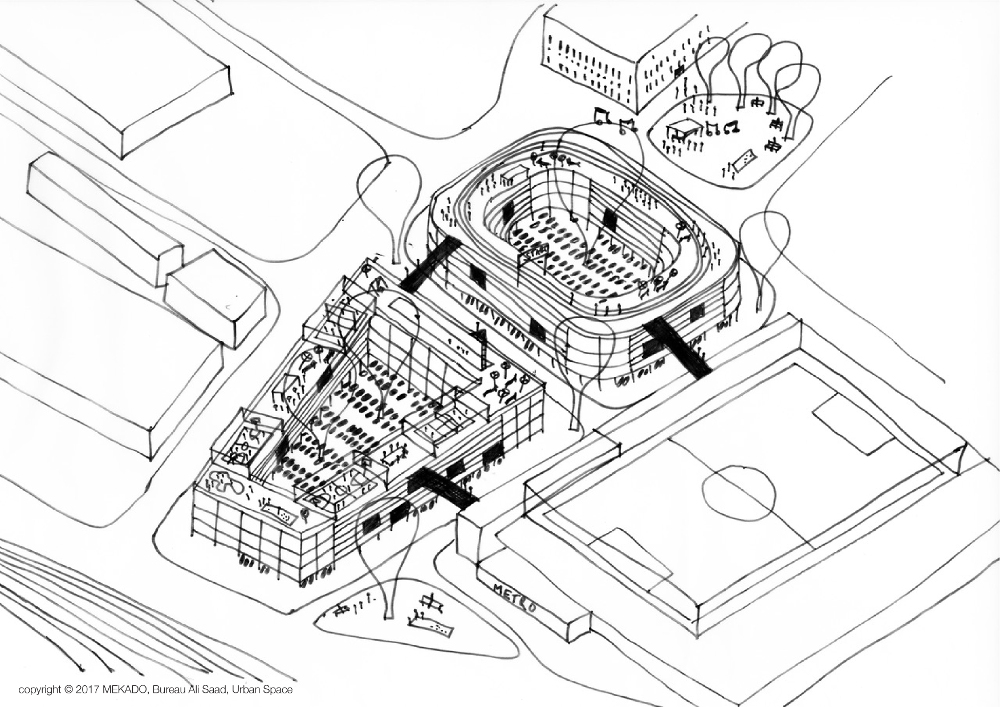 CCB Magazine: How do you see the chances that the concept of the mixed city can be implemented further?

Slavis Poczebutas:Unfortunately, currently planned new building projects in the city are rather monofunctional. The problem is that even the current building legislation for sound and noise regulations or area categories allows little to no mixed use. This is exactly where our prototype should start. It's not about building a noisy factory somewhere in a residential area. It's about being able to live where you work. And how important this can be for creative people is something that sociologist Saskia Sassen has pointed out in many of her contributions: Creative people can build up customer proximity on site if they can produce products locally in a neighborhood or district and offer their products. The interesting thing is that the introduction of the new building area category "urban areas", which was recently defined by the German government, is aimed precisely at this mix of uses.

CCB Magazine: Okay, what is the problem?

Slavis Poczebutas:The problem is that the current legal situation distinguishes between either residential or commercial areas. Purely by law. And both are in short supply. This creates competition for space, and the creative industry in particular is at a disadvantage here: it often does not have the money to pay for commercial space. And living space is becoming too expensive anyway. Berlin is currently experiencing a highly dynamic wave of start-ups and an influx from all kinds of countries. This means that, according to forecasts, up to 180,000 new Berliners will move to the city by 2030, which is equivalent to a medium-sized German city. New residential construction simply cannot keep up with this. As a result, we have seen rents rise by up to double digits over the last few years. I am curious how this problem will be solved.

CCB Magazine: What would you suggest?

Slavis Poczebutas:With its coalition agreement 2016 - 2021, the governing coalition has set out to "shape Berlin together. In solidarity. Sustainable. Cosmopolitan". A major focus is on securing and additionally creating affordable housing. The six state-owned housing companies are to significantly increase the public housing stock through acquisitions and new construction. That is a first correct step. In addition, however, there is a considerable need for affordable spaces for cultural workers, for the creative industries and for small businesses, which are increasingly being squeezed out of the hip quarters. A good thing is that the Berlin Senate recently decided to update the urban development plan for industry and commerce to defuse conflicts of use. This involves a reorganization of areas for industry and commerce. In addition, the Senate Department for Urban Development and Housing is currently working on a new urban development plan for housing. The aim here is to determine the demand for housing and building potential. Both are first good signs. It makes sense to integrate these two developments now and work out possible synergies.

I'm interested in experimenting at the interface of art, design, architecture and urban space with social issues

CCB Magazine: Slavis, how did you come to work as an architect with spatial issues and architectural concepts for the creative industries?

Slavis Poczebutas:I'm interested in experimenting at the interface with art, design, architecture and urban space with its social issues. In addition, I'm fascinated by the spatial exploration of urban and rural regions and the spaces between them. Especially the influence of intercultural exchange, socio-economic and ecological drivers of change and new technologies have been influencing my work for years. The post-reunification Berlin of the 1990s has certainly also left its mark on me. It was an extraordinary time in which the urban continuum was disintegrated, transformed, and reconfigured. At that time everything seemed possible in the city. From this emerged this lively and versatile urban subculture that makes Berlin so attractive today and distinguishes it as a creative metropolis.

CCB Magazine: As a leading architect at OMA, you helped design Rem Koolhaas' new campus for the Axel Springer publishing house. Two years ago you founded your studio MEKADO in Berlin and have worked as an architect and urban planner in many different countries. If you compare Berlin with other countries: What parallels and differences can you find in the way you deal with open spaces and architectural concepts?

Slavis Poczebutas:What can be observed in the vast majority of cities is the disappearance of open spaces and increasing competition for space between commercial use, affordable housing and spaces for creative people. This conflict basically always ends in a similar way: artists and creative people discover spaces, which is what makes a city interesting. In the end, it's the artists and cultural actors themselves who (have to) move on when the maximization of returns increases. If Berlin wants to remain a metropolis for artists and cultural workers, it now needs solutions and a will to really make it happen in terms of content and structural policy.

CCB Magazine: Slavis, if you look into the future, what else do you want to achieve as an architect?

Slavis Poczebutas:My goal is to continue to participate with my studio MEKADO in interesting projects and discourses that deal with political, social and ecological challenges. I want to help develop integrative approaches to solutions. Architecturally, creative communities need spatial freedom and plurality. They thrive in collective and affordable spaces. These are environments that are unfortunately increasingly disappearing in our cities. Here I try to find gaps and solutions. Otherwise I'm interested in Africa. Africa as a continent is not only facing an enormous challenge, but its uniqueness also holds countless potentials. Together with an organization in Rwanda, we are currently developing the architecture for a "Reconciliation and Research Centre" in order to socially process and heal the traumatizing consequences of the genocide in Rwanda. In particular, documenting the countless stories and fates and vividly embedding these stories to counteract the forgetting of the post-genocide community in Rwanda is an important component. Possibly this will result in new opportunities for collaboration. We will see.

Further information to the concept of the Berlin mixture under: www.bauwelt.de 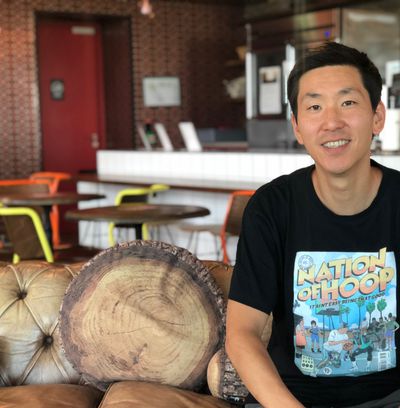 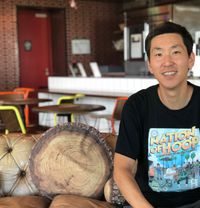