Ina Budde: "You can't do without the big players" 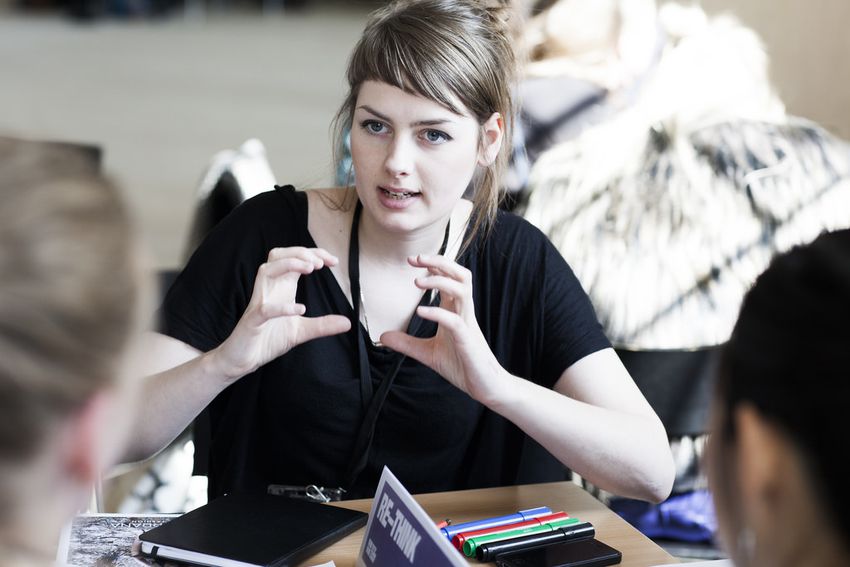 Berlin has a new contact point for the textile recycling industry - Design for Circularity in the CRCLR Lab Berlin, DfC for short. The goal: All products that are created here should be returned to their origin - the trousers become humus, the jacket can be completely recycled. The founder is fashion designer Ina Budde. We awarded her the Berlin’s Best seal for her work and were on site: What exactly is DfC and what happens at its premises in Neukölln?  Can a circulatory economy change society from the ground up?

Ina Budde sits down and opens a bottle of Ostmost. “Do you like it?” she asks. “Yes, I like Ostmost,” I say. We’re sitting in a small eight square metre room in the middle of a large elongated hall. And we’re drinking Ostmost, a fine organic Berlin drink from a regional company. Ina Budde leads me through her workplace, the CRCLR Lab, which is a new rendezvous for the Berlin environmental service branch, a co-working space, a consulting service, and a venue. Ina Budde is a fashion designer. She has been in Berlin for three years, has won several Green Awards and is the founder of Design for Circularity. The location: The Agora Rollberg in Neukölln, where the new CRCLR Lab is located. The hall is huge. Here and there a few men pass by. There’s room for a total of 1,000 people. The prominent Green Market, a Germany-wide networking meeting for ecological startups and green thinkers, recently took place here. 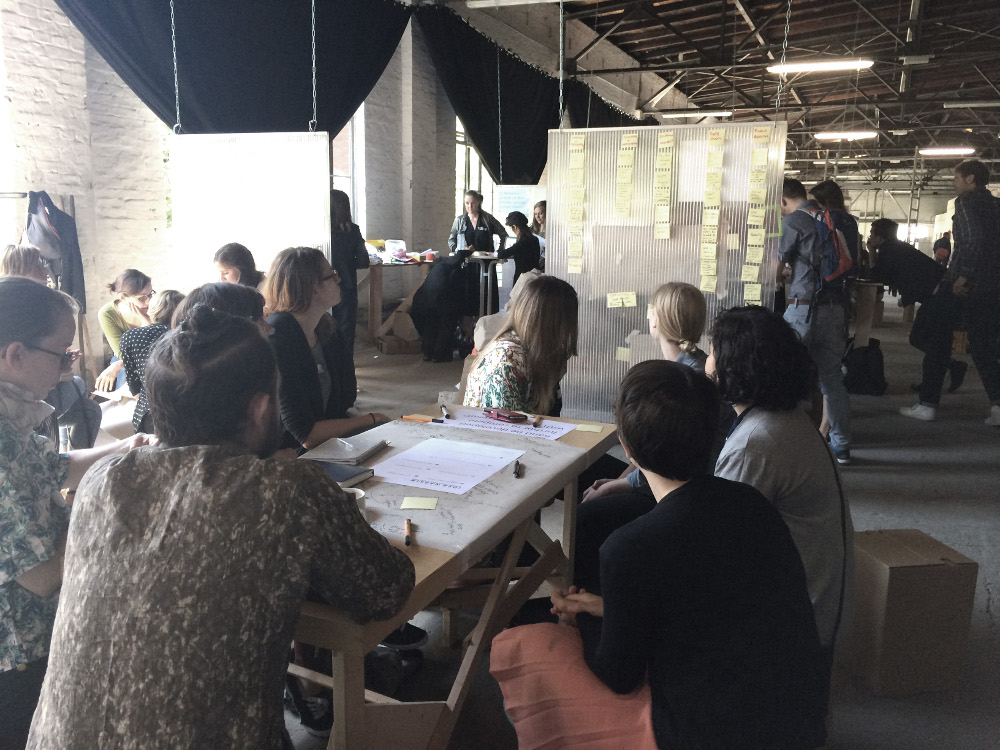 Ina Budde is also one of these leading thinkers; she may seem a bit reserved, but she quickly comes to the point. She came to Berlin from Hamburg in 2014, she says, where she had been studying fashion design. In Berlin she began her studies again, namely “Sustainability in Fashion” at the Esmod Berlin. Since graduating, she has taught there as a lecturer. Almost three years ago she founded Design for Circularity and since then has been advising projects and labels that are sustainable or want to become sustainable. “I just couldn’t imagine working in the classic fashion industry,” says Ina Budde resolutely.

I just couldn’t imagine working in the classic fashion industry

What happens in the new premises of the CRCLR Lab? Ina Budde leads us through the rooms. “We want to address and bring together those who want to do business differently,” says DfC founder Budde. Ina Budde wears plain and chic clothes, her pony is accurately cut. She is currently working intensively on creating a special digital design tool with central information that companies can use in the future to develop recyclable products. She is also working on a concept to integrate a smart chip into all garments to provide information on materials, production and recyclability (via a QR code). “This not only helps consumer, because it creates transparency. It also serves as a blueprint for the industry to obtain relevant information that’s important for recycling,” says Budde. “We need to create structures to make products sustainable for recycling,” she adds.

It’s precisely these structures that she and her team are currently implementing in the new DfC contact point. But recycling management means so much. The concept was based on the concept of sustainability. The concept of sustainability is very old; it originates from the 18th century and comes from forestry. The concept of sustainability became particularly popular in the 1970s in the wake of the first oil price crisis. The modern concept of the circular economy was popularised in 1990 by the British economist David W. Pearce and means as much as that everything should be integrated back into the original cycle of economic activity and returned to it. Ina Budde sums this up with the following words: “On the one hand, recycling management means starting at the beginning in the sense of a design for closed loop recycling and not only acting when it is too late. On the other hand, recycling management means knowing afterwards how to take products back to their origins”.

We change rooms and enter the co-working space, where green networkers and companies with visions work. On the tables there are open laptops, at the front of the entrance there are precisely mounted bins with inscriptions so that the garbage can be sorted neatly. Companies like Green Fashion Tours now sit in the CRCLR Lab, which leads Berlin visitors to sustainability contact points in the city, as does iilab, a network for knowledge transfer with a focus on innovative sustainability. 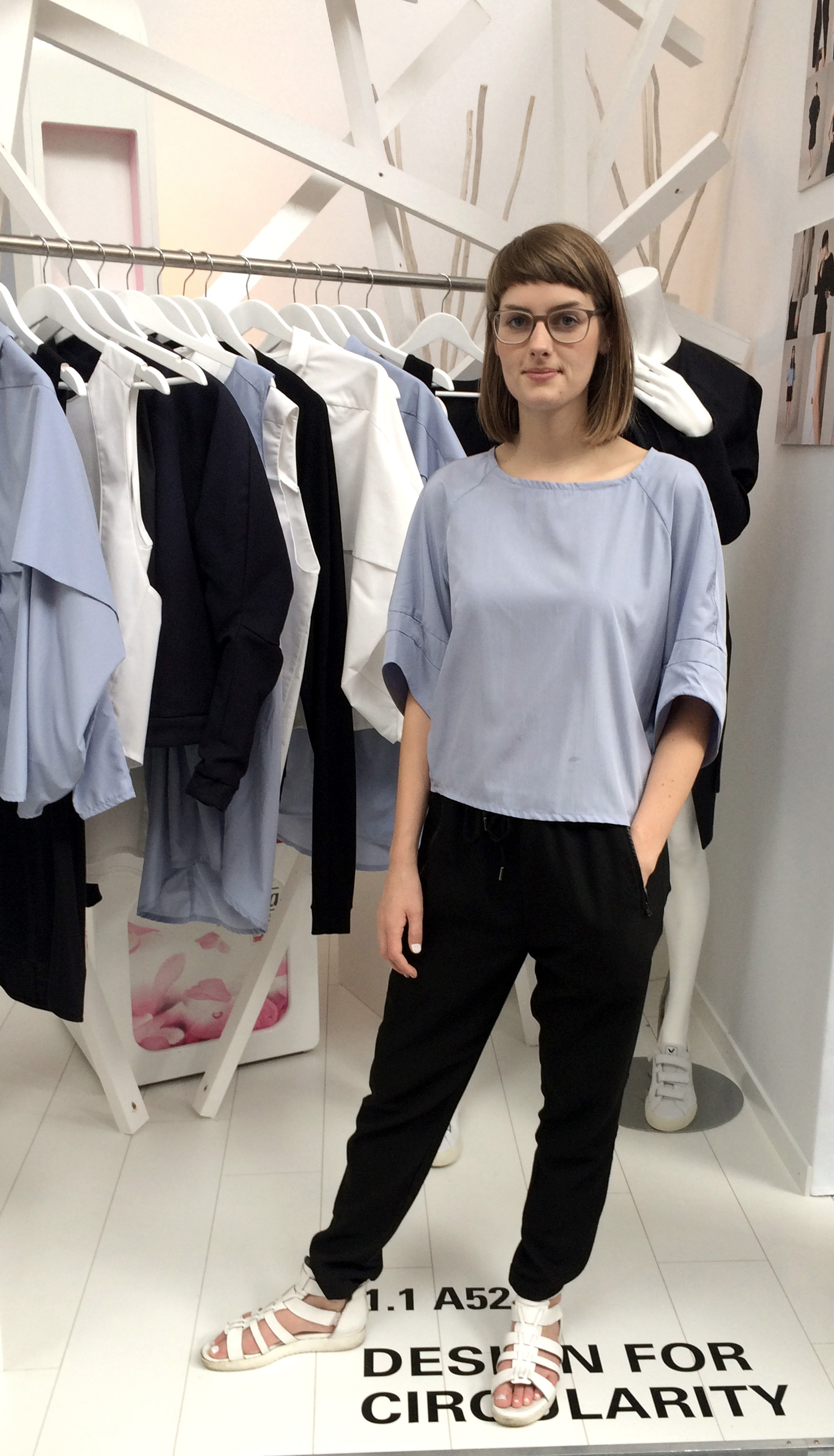 The CRCLR Lab has been in existence for more than a year now. And when Ina Budde talks about it, she speaks in terms of processes. In essence, she is concerned with pooling strengths, forming cooperations and setting the levers in motion in as many places as possible. On the one hand, personal initiative would be important. On the other hand, however, political commitments are needed, such as a tax that favours secondary raw materials, so that companies can switch to sustainable raw materials because it is worth it for them. A kind of take-back obligation for products also makes a lot of sense, which is already standard in the electric vehicle industry today, but is still in its infancy in the fashion industry. This is where Ina Budde wants to start. Her offer is aimed at newcomers, but also at companies that are already established but would like to become more sustainable in the direction of a functioning recycling economy. Take Filippa K, for example; the Scandinavian fashion label now has two stores in Berlin. Starting as a “normal” fashion label, Filippa K is becoming increasingly sustainable. The label now offers worn clothing for reuse through partners in its own second-hand stores. During the OSCE days in the CRCLR Lab Ina Budde initiated a workshop for Filippa K in the sense of the recycling concept. “Filippa K is now a brand with a truly sustainable vision. Something can be done, even in big steps”, Budde says confidently.

Ina Budde knows that the fashion and design industries as a whole are still small ventures. Henning Wilts from the Wuppertal Institute for the Environment, Climate and Energy analysed the current state of the recycling economy in Germany last year in a study for the Friedrich-Ebert-Stiftung: In terms of its recycling rate, Germany is the “world champion”, even though it is still a long way to go before a recycling economy has established itself. And for the fashion sector, according to calculations by Textil + Mode, the sustainable textile industry has an annual growth rate of five per cent between 2000 and 2013. Compared to the general textile and clothing industry, the sustainability segment is developing even more dynamically.

And yet there’s still a great deal of ignorance about how to proceed, how to get started. There are currently up to 120 seals of quality in Germany. Blue Economy (the waste from one metabolic process is the raw material for another), Cradle-to-Cradle (all materials are completely degradable or can be recycled to a high standard) or Zero Waste are all concepts that are part of today’s functioning circular-flow economy. Ina Budde is convinced that there is still a lot of “untapped potential” in Berlin’s environmental service branch. The development proves her right: Initiatives and networks are now emerging throughout the city. Aluc, for example, an upcycling label and network from which the Feature Fashion Forward association was founded, which is now also based at Agora Rollberg. Berlin now also has two trade fair formats for sustainable fashion that are becoming ever larger - the Ethical Fashion Show and the Green Showroom. Ina Budde sees her role very clearly in mediation: “Many designers in Berlin simply don’t yet know what has to be taken into account when choosing recyclable materials and design principles. And the innovative recyclers stand there and say that we lack “recyclable products”. This is where it comes into play: “We are the information interface and design support for the city”.

We are the information interface and design support for the city 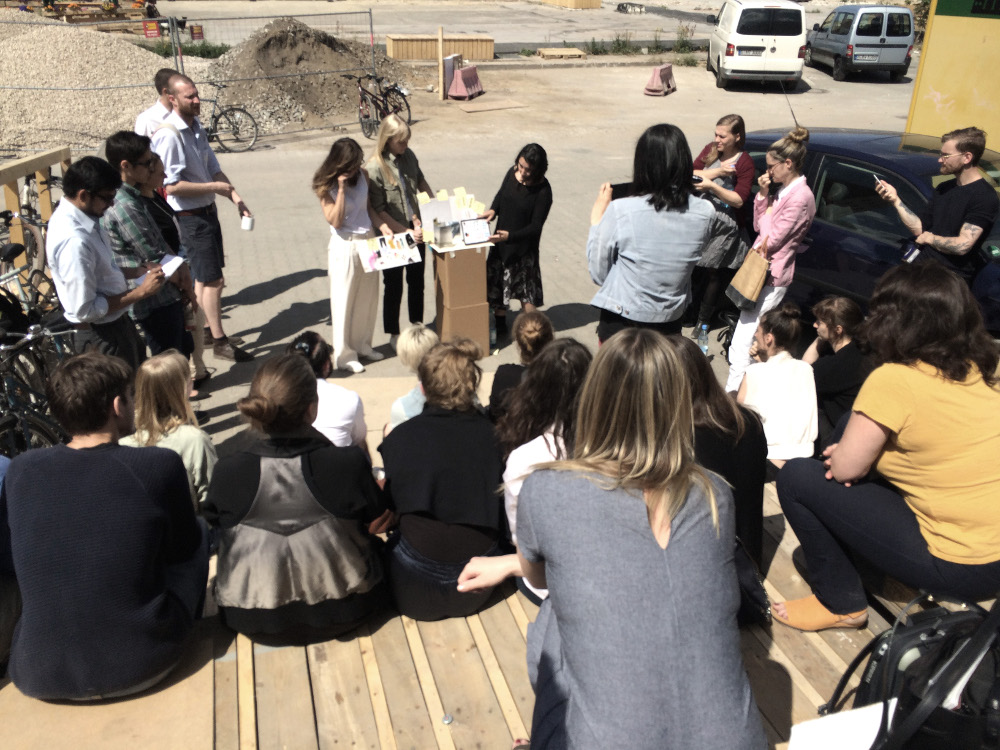 Outside the CRCLR lab. Genetic networking and work are carried out: "Cross-industry work is possible here". Photo: © Ina Budde

While we discuss and peruse concepts inside, the sun is slowly setting outside. The last networkers close their notebooks, Ina Budde pours another Ostmost and says: “We have to create incentives”. Many would still be afraid of making mistakes. And it’s often those who have to defend themselves, who dare to take the first right steps, but who are then accused of not being 100 per cent sustainable. In any case, it is difficult to control everything. Uwe Mazura, Managing Director of the General Association of the German Textile and Fashion Industry, agrees. “A normal men’s shirt, which at first glance doesn’t seem particularly complicated, goes through around 140 stations before you can buy it in a German shop. That alone makes it more than clear how difficult it is to monitor everything without gaps in order to really act sustainably these days. And it’s precisely the small companies that have difficulty controlling this.

Above all, we also have to reach the big players. They have the market power. We need scalable, industry-capable solutions for all

Above all, Ina Budde wants to reach politics and business in the future. She wants to sensitise them to the subject of recycling management. She can be sure of one thing: Sensitivity to sustainable production and consumption is growing. At the latest since the Rana Plaza catastrophe in Bangladesh in 2013, when over 1,000 people lost their lives due to the collapse of a factory, consumers have become aware of inhumane working conditions and a wastefully producing fashion industry. The outcry usually lasts only as long as the situation calms down; then another production site collapses and the outcry repeats itself like a prayer wheel. Nevertheless, more and more global viral campaigns such as Fashion Revolution are emerging. According to a Greenpeace study, 25 per cent of respondents are already paying attention to sustainability when buying clothing. And even the major fashion chains are increasingly focusing on sustainability, even though the next Green Washing is often not far away, when companies are turning green but in the black somewhere else. But Ina Budde wants to reach the “big ones” in particular in the future. “It won’t work without the big players,” she makes clear. After all, they would have market power. “That’s why we have to find scalable, industry-ready solutions for everyone”. Ina Budde seems to exude energy, and she closes: “After all, today C&A is the largest purchaser of controlled organic cotton and has even launched a new recyclable Cradle to Cradle shirt”.  After all….

All about Ina Budde 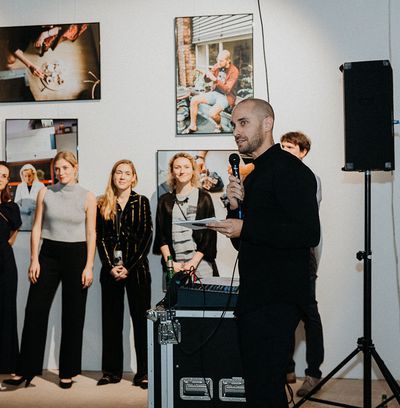 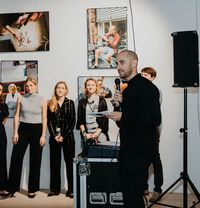