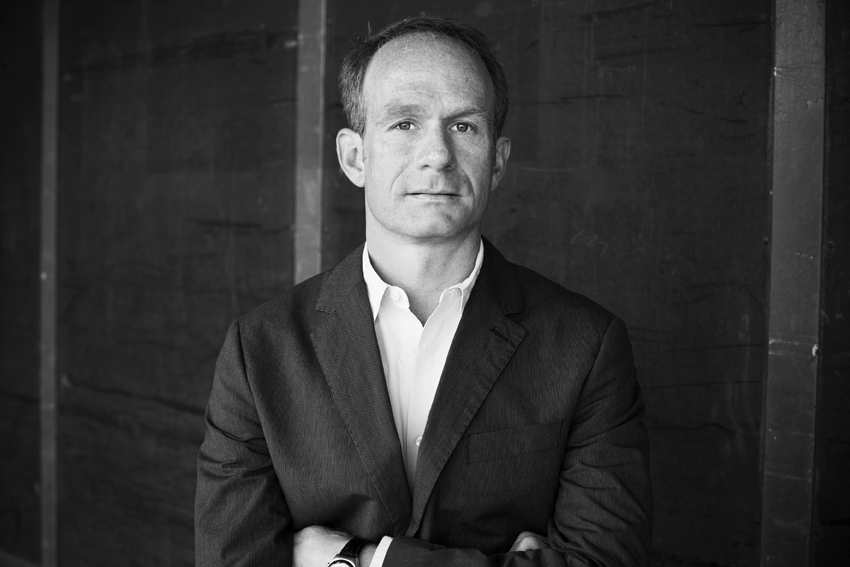 Everyone’s talking about digitalisation. It’s often overlooked that Berlin has in recent years blossomed into a diversified experimental laboratory in the form of FabLabs, open workshops, real laboratories or repair cafés –combining experimental craftsmanship (“low-tech”) with the latest technologies (“high-tech“).This is where young movers and shakers compete and express an alternative understanding of growth. They’re looking for ways to escape the consumption trap and the associated harmful production processes.

Birmingham, UK: The Midlands, metalworking and a middle class on the wrong track. If it weren't for the imposing university building in the city centre coming in at 365 million pounds, a STEAMHOUSE that has been literally generating steam for a few months now. A hybrid 4000 sqm new building, which features collaborative maker spaces features co-working spaces, FabLab technologies, a wood workshop, a 3D cutter, a screen printing workshop and an AI studio. It's located in the middle of an old neglected area of galleries, tool workshops, car parks and garages. The Steamhouse embodies prototyping and provides a forum for everyone to plan, build and launch their ideas. Small and medium-sized businesses get together with hobbyists, AI freaks with artists, mechanical engineers with designers. An open laboratory. Innovation from the region to help the regional middle class into the 21st century.

The makers and facilitators of the Steamhouse have learned a lot from Berlin's open laboratory. In recent years, more and more FabLabs, Open Workshops, Real Laboratories, Urban Laboratories and Repair Cafés have sprung up here as well. The highlight: Experimental craftsmanship ("low tech") combined with the latest technologies ("high tech"). This is where young makers and movers and shakers compete, using and combining the world of atoms as well as that of bits and bytes. At the boundaries of growth, they have an alternative understanding of what makes the good life, looking to get away from the consumption trap and the associated harmful production processes that provide no satisfaction, meaning or distinction. Not to mention the material and environmental costs. 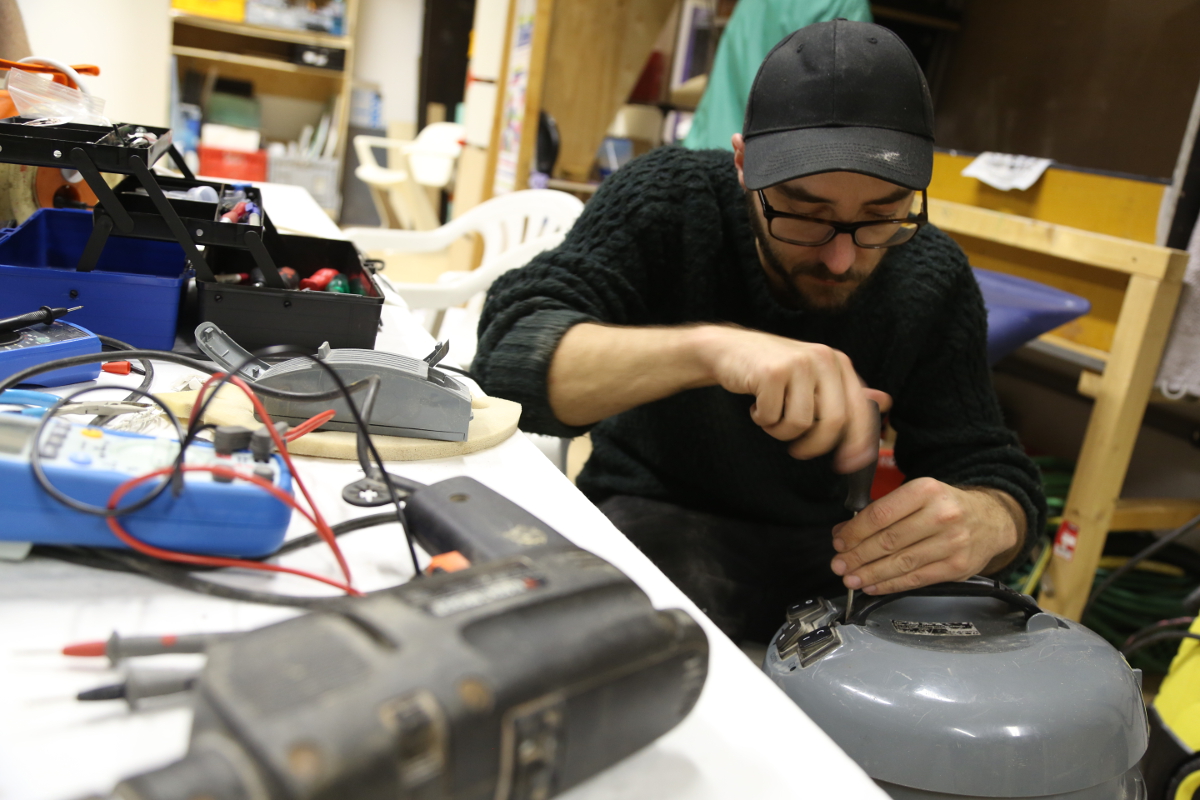 We have to support these places, politically, and now. Like at FabLab Berlin. Here, open source technologies are used to develop the latest 3 printers, such as the i3 Printer kit - everyone works together, optimizes together, looks over their shoulders. Another example is Bluehouse Lab, which was founded by the Alba Group in 2018. Alba has been around since 1968. Renewal was on the agenda. The aim is to use the latest technologies to develop recycling methods to reduce CO2 emissions. These places are conveyor belts for new ideas and update companies: Collaboration, innovation and the shaping of life in the urban, economic, social and digital spheres are brought to a new level, often away from educational, professional or private practice. They are places of hope, self-experimentation and experimentation - digitalisation makes it all possible.

As a scientist, I recently examined these creative spaces as part of my research project, COWERK, featuring a growing number of workshops for hobbyists, inventors and creative workers. It all revolved around the question as to how new value creation patterns can be environmentally, socially and economically sustainable in these places - and how they can be anchored across the social bandwidth, and how they can be linked with existing economic structures in the context of open innovation processes.

Something completely new is emerging in the labs of this city: new neighbourhood-oriented conditions, integrative working structures with an ecological orientation, neighbourhood gardens and individual time gains. A new counter-movement is growing here

The result: something completely new is created in these places. New neighbourhood-oriented conditions, integrative working structures with ecological orientation, neighbourhood gardens and individual time-savings. A counter-movement is growing here from below, but not against digitalisation and not fundamentally anti-economic. It is a counter-movement that opposes the maximisation and growth pressures of the present and puts the social and environmental before the economic growth paradigm - and ultimately formulates a critique of the life cycles of digital-based consumer goods (e.g. mobile phones) and their rapidly declining half-life.

One thing is clear: many of these places are something completely different from the labs of the large corporations of IBM and Apple or Microsoft. These small labs won't be able to prevent platform capitalism, which for years has only led to disruption and the cheapening of labour. Digitalisation always works in two directions: It creates new spaces for possibilities and playgrounds, but it also produces new risks, above all through uncontrolled data capitalism. Authors Viktor Mayer-Schönberger and Thomas Ramge in the first issue of the CCB Magazine raised the call for a new "progressive data-sharing obligation" that could curtail the power of large corporations if their data becomes accessible to everyone, i.e. if parts of it are something democratic. This is exactly what happens in the real laboratories of this city: here, counter-models to the ever-faster ever-wider practical are lived; here, however, the turning away from the "smoothed world" that the philosopher Gerald Raunig speaks of is also taking place. All these places make it clear: digitalisation is only the operating system on which something new emerges. Significantly, the new doesn’t emerge on any hard disk far from what is humanly possible. It is created collaboratively in the real labs in Kreuzkölln, in open workshops in Pankow as well as in real labs in Lichtenberg or Steglitz.

The question of the future is not only how companies will respond to the great challenges of our time in the future - the energy revolution, climate change, migration. The key question is also how adaptable and crisis-resistant the new locations in Berlin are.

Really, digitalisation is thus not just one thing; it doesn’t lack alternatives, in fact, it virtually promotes a multitude of alternative concepts. And the question of the future is not just how companies will respond to the major challenges of our time in the future - the energy revolution, climate change, migration; the key question is also how adaptable and crisis-resistant these places are: How can social participation be secured there through modern education, learning, competence and opportunities for collaboration?

This is a task for urban policy. In recent years, the Senate Department for Economics in Berlin has already recognised the trend towards new creative labs, legitimised their existence through studies and, in addition to the grass root labs, also identified other labs in the co-working and corporate labs sector. This is a good sign. Because suddenly not only the highly subsidised material, bio tech, Artificial Intelligence and medicine laboratories are in the focus of a creative urban development policy, but also labs with lasting adjustment or also neighbourhood-oriented workshops.

The joy of the euphoric years 2014 - 2017, however, has waned among the organisers of grass root labs recently, as many of the values and political ideas of the labs were commercialised and instrumentalised in the overall maelstrom of Berlin's increasing “labification”. Their further valorisation collided with the dynamically rising rent pressure of the real estate market, with the simulation of labs in corporate structures, museums and civic centres. The generic core of the labs, their return to autonomy and self-determination as well as new designable blueprints of everyday goods, has come somewhat under the wheels of the innovation paradigm that believes in progress. This is ultimately also expressed in the Real Labour strategy of the Federal Ministry of Economics and Energy in December 2018, which focusses too heavily on innovation and growth. As a reminder, what else did the real laboratories stand for? For the fact that one can meet the increasing consumption and resource-wasting material cycles intelligently and creatively.

Berlin suddenly has a wide range of options again following the era of the "poor but sexy": Subsequent growth and alternative solutions are not only empty concepts of the present; they are symbols for a better future. Berlin should play a pioneering role here.

That's exactly what the future must be about: To bring collaboratively generated innovations demand-oriented in the direction of a more careful use of material resources. It is precisely here that Berlin can take on a pioneering role with its creative potential, especially under an Bündnis 90/Die Grünen senator for Economy, Energy and Operations. In addition to already existing good approaches to energy policy, however, further indicators of social prosperity must then be in the vanguard, whereby sustainability and creative added value are viewed in their entirety, far removed from scalable growth.

There’s still time to set new guard rails. Despite all its idealism, Berlin suddenly has a wide range of options again following the era of the "poor but sexy". Subsequent growth and alternative solutions are not only empty concepts of the present; they are symbols for a better future. That does seem rather palpably avant-garde, but brave ideas are needed now, and more urgently than ever.