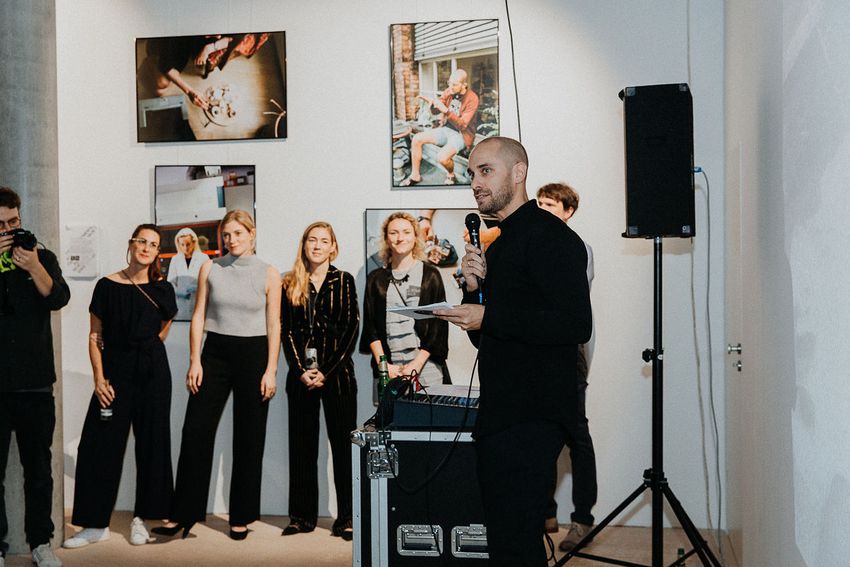 Science is complex and won’t likely become any easier to understand in the digital age. This is where Christian Rauch, founder of the STATE Festival in Berlin, takes this as a starting point: He combines science and art - artists become translators, they communicate complex scientific contexts and thus counteract the confusion of progress. To this end, he set up the STATE Studio at Kleistpark where art and science join hands. What can artists convey that science cannot? We asked Christian.

Kleistpark is actually a misnomer. You notice this immediately when you emerge into the open from the underground and find yourself at a noisy traffic junction – a park? Where? After all, it’s only a few steps to the STATE Studio, which is located on a corner. Christian Rauch, no stranger to Berlin and inventor of the STATE Festival, has recently opened his new STATE Studio here. The goal: Providing a location where artists can communicate science on location. We have an appointment with Rauch. He opens the door to his office with a hearty swing, from whose windows you have an all-round view of the Kleistpark intersection. At first glance, Rauch - blue jeans shirt, three-day beard and a red cap on his head - doesn’t look like a doctor of physics with a focus on nanotechnology. With his piercing blue eyes and his open, direct manner, he one of the smart group of people that one often longs for in the notoriously bad-tempered capital city. We shake hands, and the annoying formal “you” is immediately dispensed with.

The 38-year-old has set a number of markers in Berlin in recent years. In 2014, he first launched the STATE initiative - a project to communicate scientific topics through art. Together with scientific institutions such as the Fraunhofer, Max Planck and Helmholtz Institutes, artists have been developing concepts for communicating complex technologies, all of which now function on a digital basis. Research institutions finance activities as partners, and the studio is also rented out as an event space. The German umbrella organisation for science communication “Wissenschaft im Dialog” (Science in Dialogue) supports the establishment of the studio as a founding partner. The artists also earn money from this, for example, by receiving artist scholarships from the research institutions and by receiving fees for exhibitions. And the results have been evident for years: They have been presented to a large audience several times in the form of the STATE Festival, which has already taken place three times since 2014. Its latest variant is the STATE Studio, which basically functions like a gallery, exhibiting art exhibits on various research themes at alternating intervals under the motto “Field Experiments”. Rauch’s role is to bring together artists and scientists. Art and science: Can they work together? What can art convey that science cannot?

Ideally, artists and researchers will embark on a common mission with us; it’s a mission that has a lot to do with trust.

Rauch smiles. We go through the rooms. He shows us everything. Things get a little crazy here from time to time, he says. Prejudices exist on both sides. Here the allegedly eccentric artist, introverted, is lovingly occupied with his art, there, the often dispassionate scientist who just wants to know exactly how things work and sets a footnote at the end. Rauch brings the disciplines together, and that means first and foremost building trust on both sides; trust in the fact that such mediation pays off in the end and creates real added value. After all, many artists are sceptical about progress. “Ideally, artists and researchers will embark on a joint mission,” says Rauch. 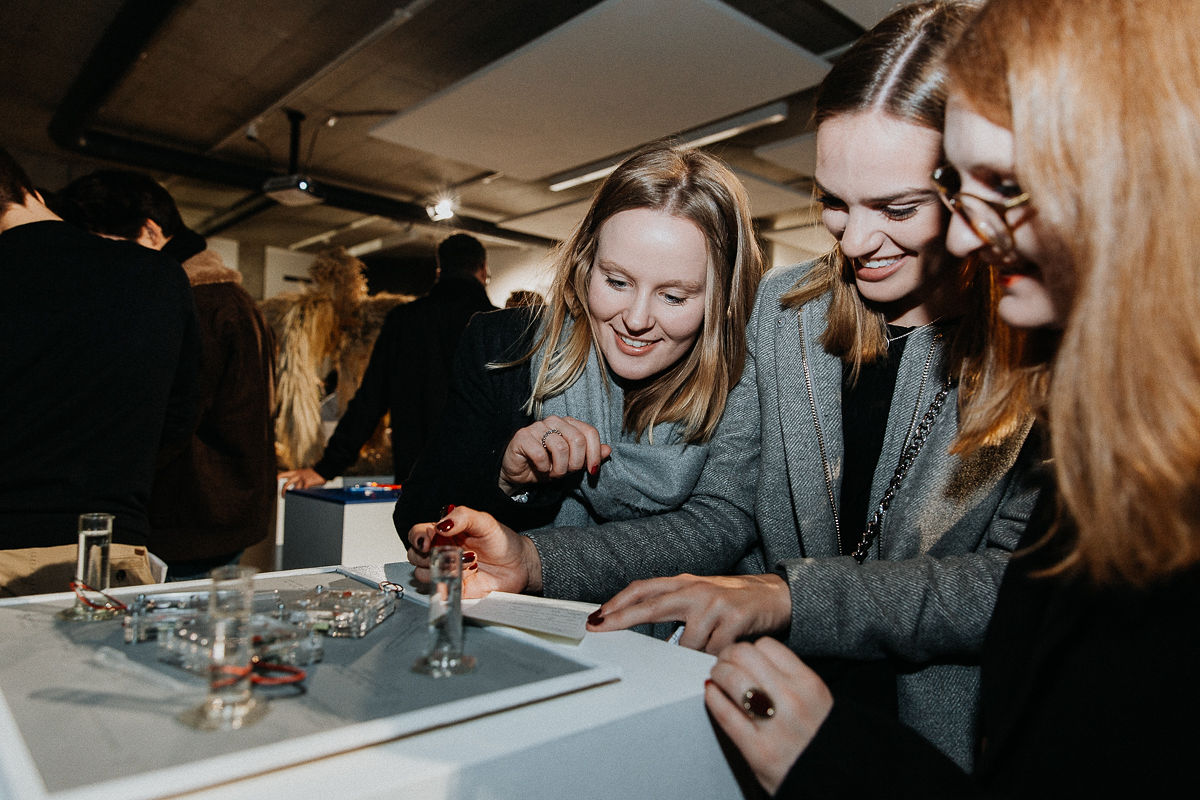 That mission is omnipresent in the STATE Studio. Rauch’s rooms are 300 square metres in size. One example of the current exhibition is “Living Canvas” by artist Fara Peluso. Together with the biotech startup Solaga, the artist developed an installation in two months that will reflect Solaga’s research. The company is working on the use of large areas of algae in urban areas, the photosynthesis of which is intended to improve the quality of the air - and this can do no harm in Berlin. Solaga’s engineers let Pelusa look over their shoulders. They opened themselves up to a new way of communication between two social groups that hardly ever meet professionally. Rauch considers this communication to be extremely fruitful, with each side becoming familiar with a new perspective; the broad debate about future technologies is essential for an understanding of tomorrow’s world. The question is always: What’s a blessing, and what’s a curse? Every technology has the potential for healing and destruction in equal measure.

This becomes particularly tangible in another art project by the Finnish artist Emilia Tikka. In a photo series she dedicates herself to the Genscheren technique CRISPR/dCAS9. To do so, she worked for two months with the Max Delbrück Center for Molecular Medicine. CRISPR is a new technology that offers a great healing promise: Slowing the aging process, eradicating cancer, creating highly potent foods - everything seems to be possible with this technology. Recently, however, it hit the headlines in a completely different context: The Chinese researcher He Jinakui modified the genetic make-up of twins using the CRISPR gene scissors technique, thus breaking the taboo on experiments involving humans. The attempt was to make the twins immune to the HIV virus, with unclear results. The entire scientific community has condemned Jiankui’s illegal intervention. The unanimous conclusion was that man should not act like a god. Especially since research has by no means reached the point where CRISPR can be used in a controlled framework. 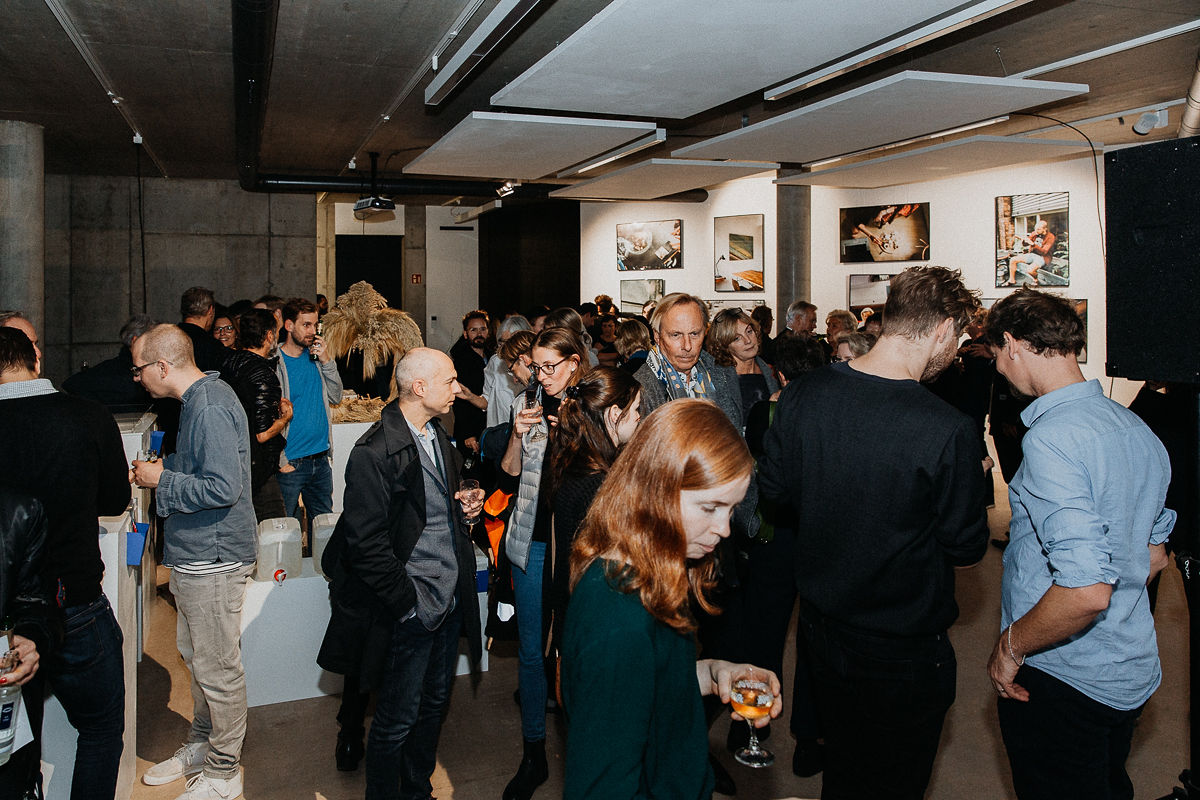 It doesn't get any fuller. Photo: © Anne Freitag

What Christian Rauch is creating here can almost be understood as a novelty in the history of mankind. Art and science have always been opposites in their history. The word “techne”, an ancient Greek term, refers to the skill of the craftsman; only later, from the 15th century, did the craftsman become an artist, although for a long time craftsmen had nothing in common with science. Now that the wave of digitalisation sweeping across society, one might not have suspected that art and science could become good friends. Twenty years ago, Rauch says, there wouldn’t even have been a significant debate about technical progress. It was only about how science could be explained to normal hardware store consumer. Now it’s different; it’s therefore important that there should be a dialogue about these issues and that people should also be involved in progress and its research. And this is precisely where STATE sees its strength. It’s about stimulating people to think and discuss. Many of the art exhibits in the STATE Studio work according to the principle “What if?” and thus try to provide an outlook on the future. It’s a bit like the Netflix series Black Mirror, says Rauch, with the difference that it’s also about positive visions of the future.

You can’t just leave research to the researchers. Just as people today, in the face of xenophobia and populism, are urged to take an active stand for democracy, so everyone must also ask himself or herself how we all want to live in the future. And artists in particular can become translators here.

Technology, people, the future - today this is not only a question for nerdy scientists and experts; it’s also more than evident in the STATE Studio. “You can’t just leave research to the researchers,” says Rauch. After all, they are primarily researchers and not ethics experts. And an understanding of how a certain technology works in detail needn’t be limited to a circle of professional specialists. “The possible consequences affect all people.” Rauch continues: “Just as people today, in the face of xenophobia and populism, are urged to actively campaign for democracy, everyone must also ask himself or herself how we all want to live in the future.” Rauch also speaks of the “maturity” and “responsibility” of the citizen, and somehow all this reminds one of good old Immanuel Kant. Social pressure is decisive for the direction in which a science policy is oriented. As an example, he cites the phase-out of nuclear energy in 2011 after the Fukushima accident. Or the increasing public pressure to do more to combat climate change.

Rauch has an unusual career both in front of and behind him. He has already initiated a number of science slams and a hackathon, and eventually he came up with the idea for STATE. His wife, Veronika Natter and photographer, takes care of the gallery management and events, the cultural manager Johanna Wallenborn oversees the exhibition and the artists. Rauch quickly developed a network of artists and research institutes with whom he realised his projects. Now he has reached this point and wants to continue, but he would also like to have a target group on board: Students. He wants to cooperate with UDK Berlin in the future. He meets students almost weekly anyway, at Kater Blau, where he likes to dance and have a good time. It's not science, but it there has to be a little time for fun now and again!

The article is part of the new magazine "The Big Good Future#2". You can reed here the full version online: 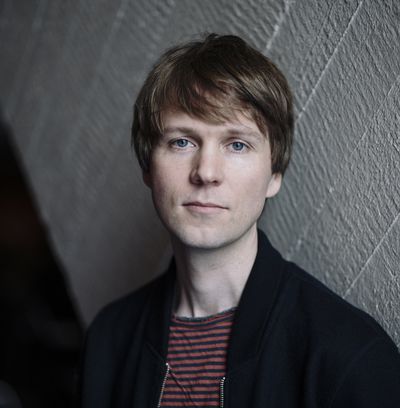 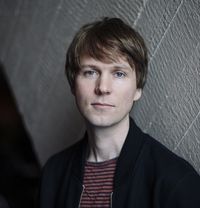 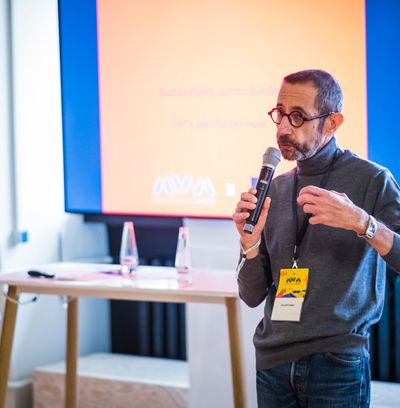 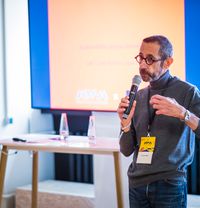 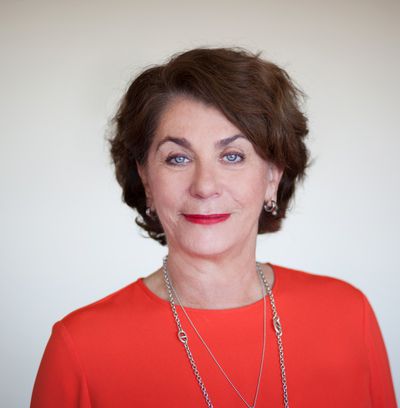 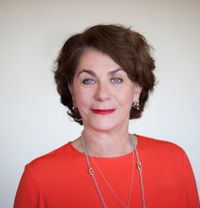