Peter Harris: I have a stream! 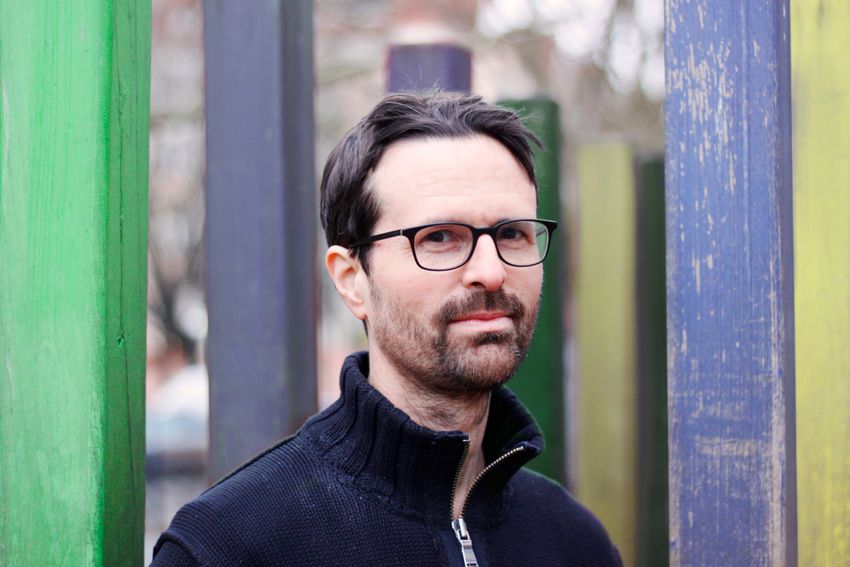 The music industry has been somewhat recovering from the crisis in recent years, mainly thanks to streaming revenues. The problem: Many artists hardly earn anything from it. Peter Harris wants to change that: He has founded Resonate, a first music streaming provider as a cooperative - the platform belongs to all members, all have the same shares and decide on the further development of the platform. How exactly does Resonate work? A conversation with the founder.

CCB Magazine: Hello Peter, you started with Resonate at the beginning of 2015. Your goal is to pay artists fairly. How exactly does it work?

Peter Harris: With our streaming model, which combines streaming and downloading in a single solution. We call it #stream2own. There are nine levels, ranging from very cheap to 'more expensive'. If you only want to hear an artist once, you only pay 0.002 credits. The second play is at 0.004, the third at 0.008 and so on - until the 9th play: With the latter the user buys the complete song and pays 1.022 credits for it, which is around 1.25 euros, matching the price of the iTunes download.

The problem is that artists on the big streaming platforms hardly earn anything. With us, 30 percent go to Resonate, artists without a label get the remaining 70 percent

CCB Magazine: Ok, but where is the problem? Why does it need something like Resonate?

Peter Harris:The problem is that artists on the big streaming platforms hardly earn anything. With us, 30 percent go to Resonate, artists without a label get the remaining 70 percent. For artists with labels, it's also possible for them to see what percentage of their turnover goes to their labels after logging in. This means that we pay both parties directly or, if desired, the money goes to the label, which then passes on the agreed amount to the artists.

Peter Harris:What's wrong with that is that independent artists earn almost nothing from subscriptions on the large streaming portals, as the per-stream rates are shared with superstars who take a larger portion of their total income. This is known as the „big pool“ calculation method and is why there is no set rate per stream. With us, on the other hand, users pay the same rate each time the music is played. So the artist thus knows when her songs were streamed and how as the calculations are crystal clear. Nobody knows that about the large streaming platforms - except for the streaming providers themselves.

CCB Magazine: You say the user pays 1.25 euro for a complete song. The potential of the large streaming platforms lies precisely in being as uncomplicated and cheap as possible for the listener. Is it realistic to create a real alternative to the streaming majors with a model like Resonate if you pay over dollar for a song?

For Resonate we’re trying to cultivate a culture of music as art, not mood music or audio wallpaper. And this is reflected in our open community where we encourage direct connections between fan and artist

Peter Harris:What we do with #stream2own is break up the price of a download over nine plays. So when you’re just discovering a new artist and getting familiar with their work, the price is very comparable to other streaming services. Its only when you shift into becoming a real fan of an artist that you’re paying a higher portion of the download price. Additionally, the focus for us is with listeners who care about sustainable careers for artists. They’re really not getting that on the dominant platforms.

A great example of this is when an artist gets added to a big playlist on Spotify. They get a sudden surge of money for a short time, then the earnings drop off completely as soon as they’re off the playlist. And what are they left with at the end? No real fans. For Resonate we’re trying to cultivate a culture of music as art, not mood music or audio wallpaper. And this is reflected in our open community where we encourage direct connections between fan and artist. 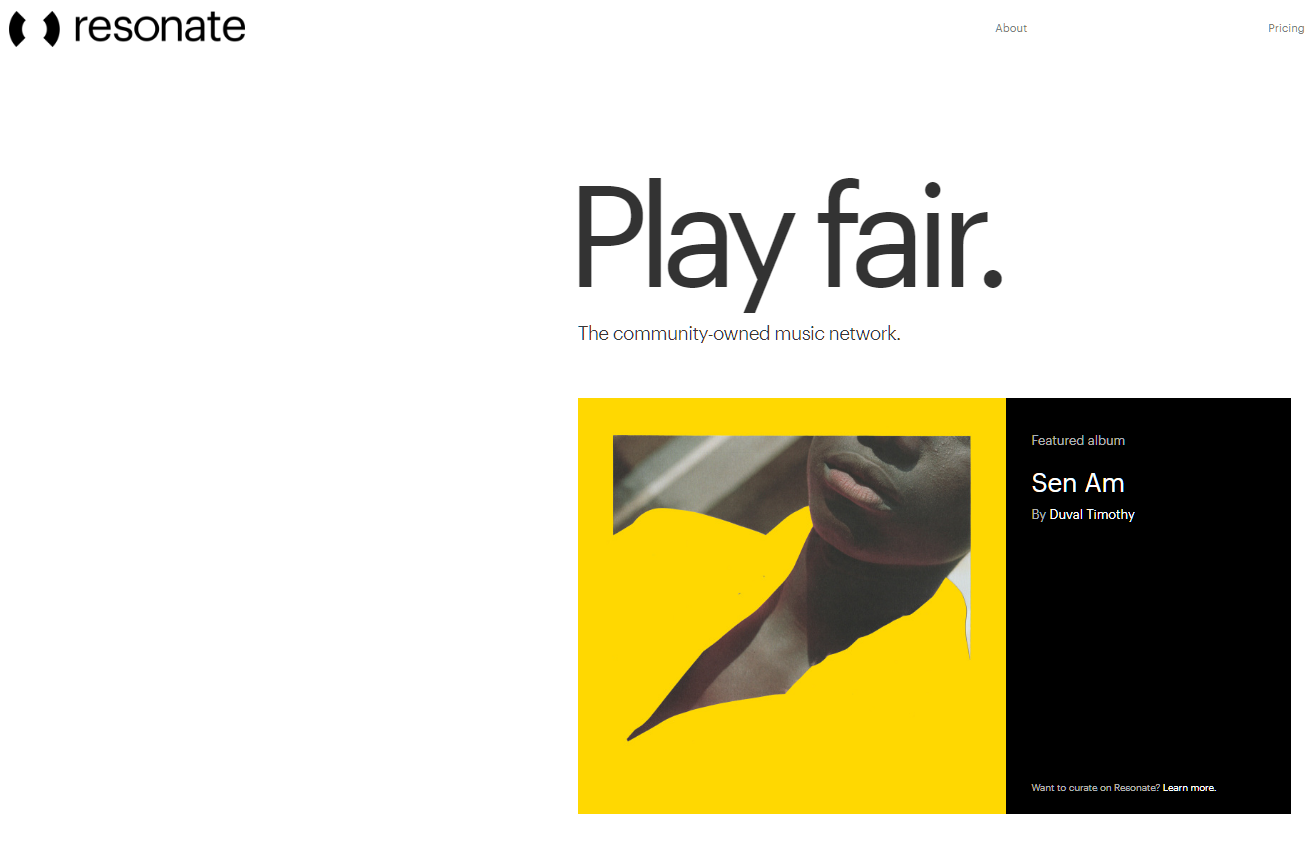 CCB Magazine: You're also a digital cooperative. With a cooperative all members have the same voting right, no matter with how much money who is present. If you leave the cooperative again, you do not take any of the hidden reserves and value increases of the company with you. How does this work with Resonate? Do all providers really have to be members? And does everyone decide how Resonate will be developed? Do they all receive the same distributions?

Peter Harris:The basic rule of all cooperatives is that a member acquires a share and thus has a vote, yes. For the listeners there is a membership fee of 5 dollars a year for Resonate, where artists earn their share by uploading and volunteers earn a share through their contributions. And whoever is a member then also receives a share of the profits and can take part in votes. By the way, only authorized members of the cooperative have a vote, i.e. listeners who have bought a share and artists who upload their songs (or just one). And only they get profit distributions.

Resonate is a digital cooperative. Each member also receives a share of the profits and can take part in the votes

CCB Magazine: That all sounds nice and good. But isn't this an incredibly exhausting process when so many people want or are able to have a say? How do you organize your decision-making structures?

Peter Harris:Oh, it's not that complicated. It's also not about everyone wanting to vote on any topic, the participation isn't that high. But: who wants to be a part of the decision-making process can do that. Our goal is to bring streamers and listeners together. That you also develop a feeling for music and that it is worth something - that has been completely lost in the Internet age. With startups, the pattern is that investors generally acquire 20 to 30 percent of the company and thereby influence business development. We don't want that. But we have also developed a specific type of investment for investors: Investors can invest their money in Supporter Shares which pay interest, but it is not an investment in the traditional sense - the company still belongs to all Resonate members.

CCB Magazine: In your opinion, what future do cooperative models have? Are they an opportunity to democratize an increasingly monopolistic market?

Peter Harris:I have no doubt about that. Because the way market structures and consumer habits are, it can't go on. We want to make a contribution here: we started out small, we already have 10,000 members. And the response continues to grow.

CCB Magazine: But how do you intend to preserve your independence in the future? And how will you further develop Resonate?

Peter Harris:The only scenario in which a large company could take over Resonate would be if the members wanted that. But who would want that? I don't suspect anyone. We've built something here over the years, a new fair music distribution system in which many participate. Let’s hope it stays that way.