"Right now lost spaces and niches could be rediscovered" 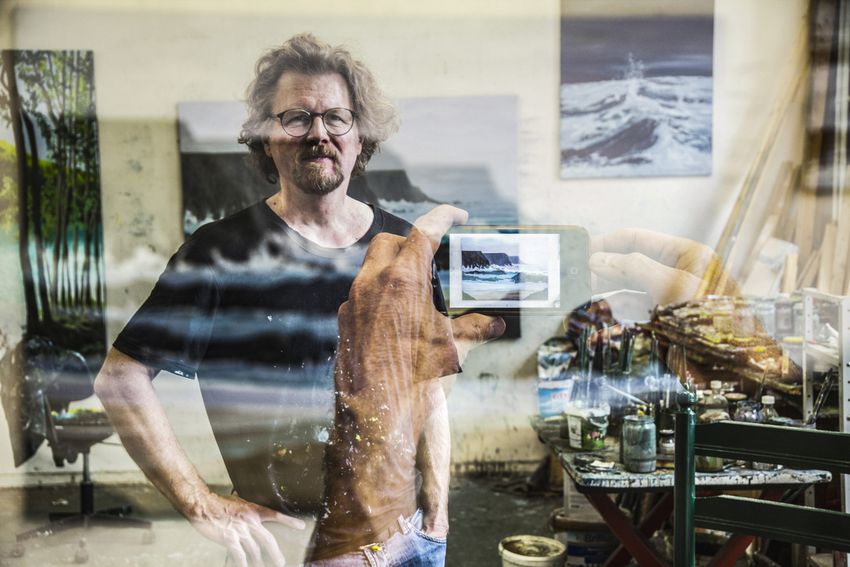 The Superbooth has done it, the re:publica does it partially, and the Pankow arts festival artspring berlin is also going completely online this year due to Corona. More than 230 participating artists will show their work on the net from May 09 to June 07. What exactly happens there, what will be lost but can also be gained by the relocation to the net, we talked about with the two organizers Julia Brodauf and Jan Gottschalk.

CCB Magazine: Hello Julia and Jan, the artspring berlin art festival is taking place completely on the net this year. How is that going to happen?

Jan Gottschalk:To be honest, we're curious too. We will create online film reports about the events and exhibitions. The artists will each be given a room on the website to give an insight into their studio. Also planned are digital readings, performances, potcasts and at least one online concert. The film festival, the artspring nale, which was originally planned to be held at the Lichtblickkino, will be shown as a video stream. But we are not only going online, we are also considerably expanding our print presence and distributing our festival magazine to 100,000 Pankow households. And we will probably also have the possibility to have some exhibition formats take place offline, albeit without an opening event. Last but not least, we still have the hope that the open studios - individual visitors at many individual locations instead of many visitors at a single location - will not only be possible on the first weekend in June, but might even be an ideal form of cultural event in times of social dinstancing.

CCB Magazine: Let's be honest: Can online replace offline? Something will be lost.

Julia Brodauf:Online cannot completely replace offline, that is clear. Especially when it comes to works of art, spatial presence is often an essential point of perception. And the basic idea of the open studios and the events in the festival month and also of the artspring popup shop is to get into conversation for the first time and to establish personal contacts. But the reason for artspring is also the concern to create publicity for the artists in Pankow and this year's appearance can already be a good preparation for next year's events, which we are already planning. It's great that through the online appearances of other cultural organizers you can now see things that you otherwise wouldn't notice, for example through the DJ appearances at "united we stream". Or at rbb there was Carmen at the Staatsoper. Or a short film festival that went online. Actually, it would be great if these opportunities would remain with us after the crisis. Of course, we would also like other viewers to have the same experience - that they find access to the Pankow artists.

With artspring berlin we want to create attention for the artists in Pankow. And it's great that through the online appearances you can now see things that you would otherwise not notice. It would be nice if this would remain with us even after Corona 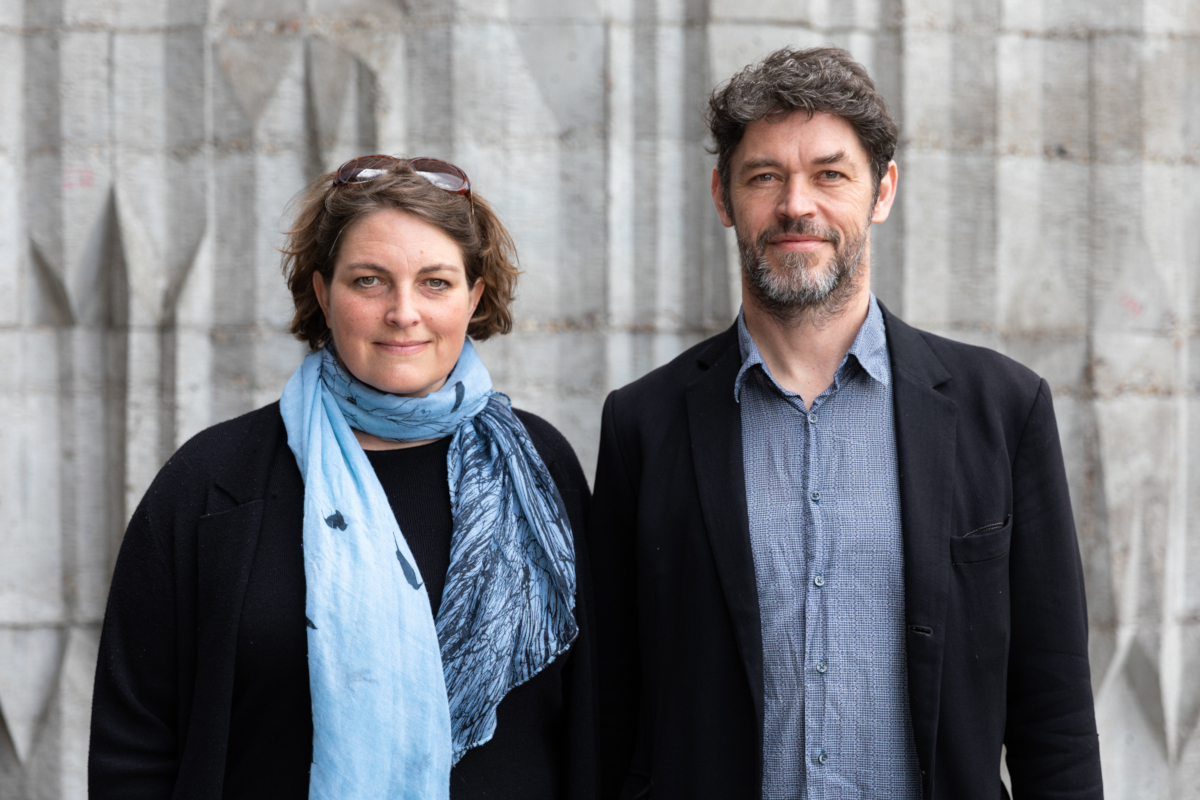 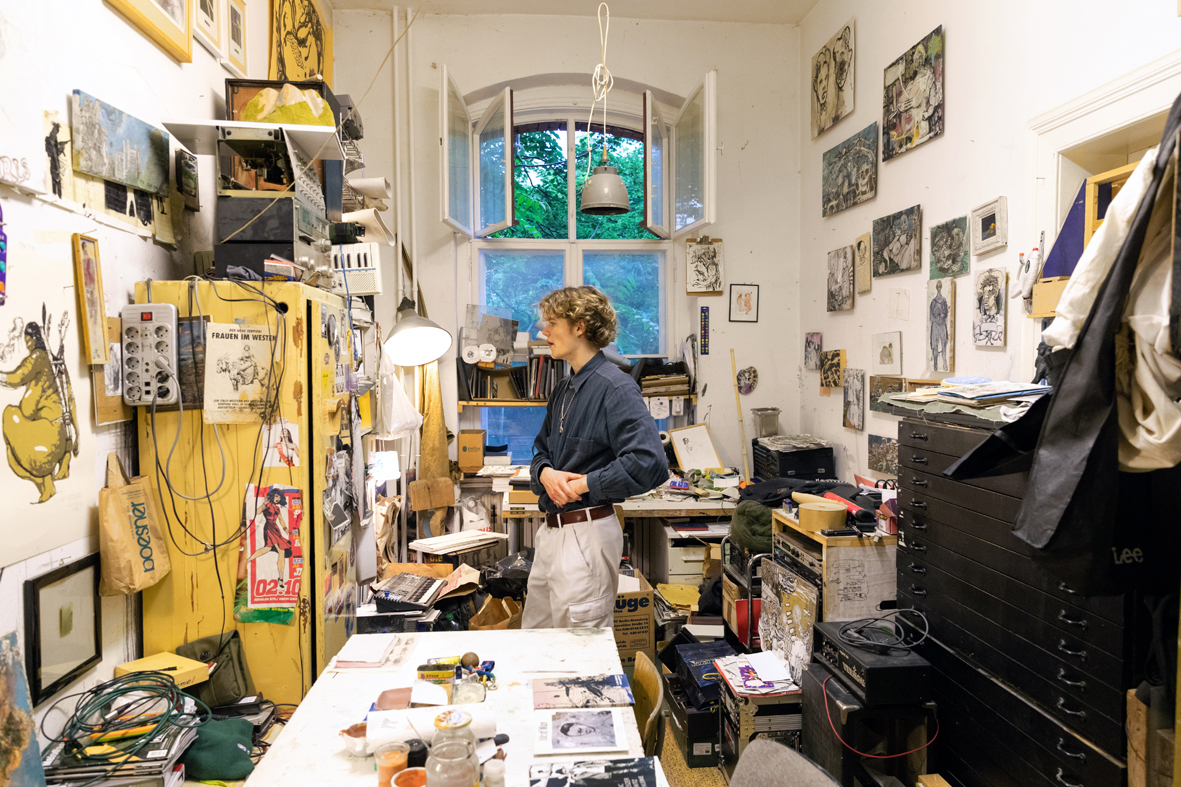 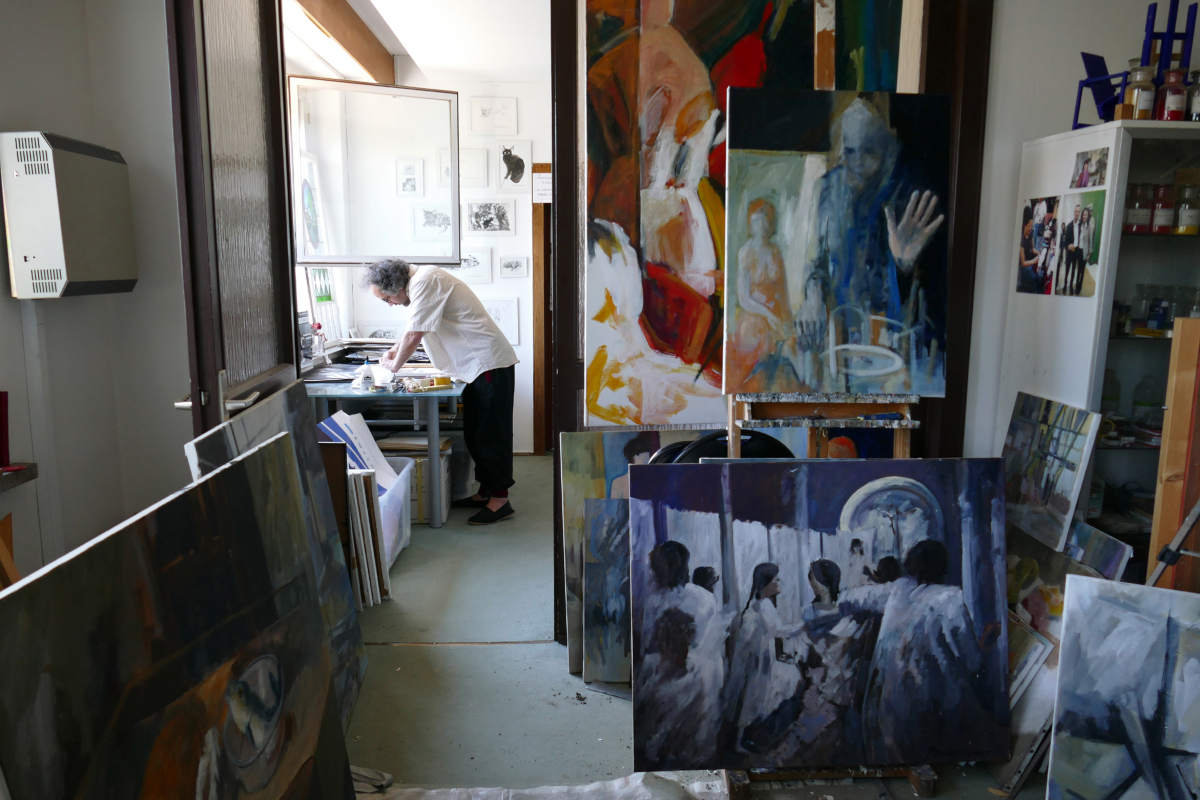 CCB Magazine: Whether online or offline: What is special about such a festival? Why does Berlin need such a thing?

Jan Gottschalk:Our concern is the preservation of the location, the networking and independence. artspring was born out of the need to make the artists and their places of work in the district visible, so that we don't go down in silence, keyword gentrification. And the special thing about it is that it was created from the group of artists themselves, with the Milchhof studio community as its base. That the district needed this, we think we can see from the fact that the actors from politics, business and municipal institutions included us in their networks. We have the impression that, at least in Pankow, there is a great need to work with artists. artspring can function here as a platform to make this exchange possible. Festivals like 48 Stunden Neukölln or the Ortstermin in Moabit, which have been around for much longer, have proven that such events can take on important roles in the districts as far as cultural life is concerned.

Our concern is the preservation of the location, networking and independence. artspring was born out of the need to make the artists and their places of work in the district visible, so that we don't go down in silence

CCB Magazine: Your focus is on Pankow. Why Pankow? What makes this district special? And do art activists and the local population come together here?

Jan Gottschalk:Pankow was and is our district after all! In terms of the Milchhof, this is a question of perception, because actually the Milchhof is in Mitte. But also in the past, the artists were connected to the facilities in Prenzlauer Berg. When we first applied for funding from the Pankow Cultural Office, it was only when we received a rejection from a clerk that we noticed that the Milchhof is on the "wrong" side of Schwedter Straße - and that the district border runs in the middle of the street. We originally wanted to make open studios with many, so the district was a good size. The Pankow district is very large in terms of area, and of course our activities are concentrated in Prenzlauer Berg and in the more southern areas of Pankow and Weißensee - although we have had some really remote satellites. Another special feature is certainly the coexistence of the various artistic biotopes - the art scene, which was already large here before the fall of the Berlin Wall, the people who created what made up a large part of Berlin's appeal in the 1990s and 2000s, and then the present, in which we have to live with the economic consequences of this appeal - for the middle-class artistic community, as is well known, this is a boomerang, because success has made the places where it was created priceless and thus destroyed most of them. With the possibility of artspring behind them, the desire to help shape the city again goes hand in hand. And we do this by opening the doors and showing the local population that we are there. Due to the lack of project spaces, this is otherwise difficult to determine. In recent years, however, we have also been present in the Pankow Museum, in the libraries, the planetarium and the shopping centre - not always classic art locations, but all places where we have been able to meet people in unintentional situations.

CCB Magazine: Looking to the future: Could such festivals become popular on the net? Other events such as Superbooth or re:publica are also going online in whole or in part. Are these models born out of necessity or formats for the future?

Julia Brodauf:The appearance on the net can certainly open more doors than the mere presence at individual locations. Of course, the current situation has accelerated existing approaches to this issue. And yet, it is precisely their flexibility in terms of time and their omnipresence that makes it easier to access the offerings. Cultural events in particular will continue to be affected by restrictions for a long time to come, so it can be assumed that creative minds will establish new self-evident features with the "new" media in the meantime. We don't believe that Corona in and of itself will change Berlin as an art location. The pandemic is a crisis that causes economic fluctuations. But it was already apparent in Berlin that another art fair had failed, that the classical art market is struggling hard for customers here, because the right audience has to be brought in from outside. While at the same time the independent scene remains loud and bustling by interfering in many different places - and these are the people who live and work here, and will of course continue to do so after Corona. Perhaps it is even the case that spaces and niches that were thought to be lost are rediscovered and revived.

Are you looking for information on emergency relief measures in times of Corona? We have compiled all the information you need. Look here.