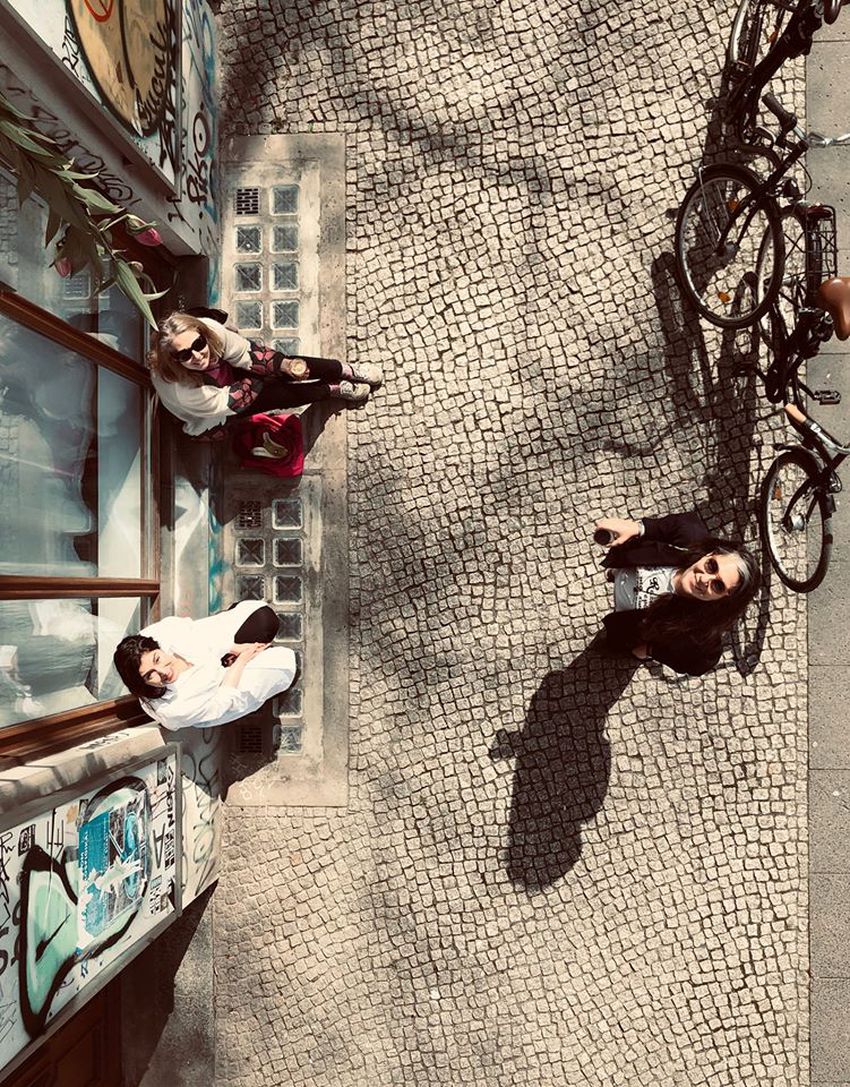 Art knows no boundaries. And if exhibitions on site are no longer possible, then why not exhibiting from home - from the balcony? The curators Joanna Warsza and Övül Ö. Durmusoglu have initiated the project "Die Balkone", in which artists from all over the world have made their balconies in Prenzlauer Berg to art objects. How did this happen? And what for? We asked them that.

CCB Magazin: Hi, Joanna and Övül. You have started the project „Die Balkone“ in the Berlin district Prenzlauer Berg. How did you get the idea?

Joanna: It was in the first weeks of the quarantine. It became clear to us that the more isolated we felt, the more we were in need of intimacy and contact. So we decided to come together - at a healthy distance - in a park of our neighborhood. We were sitting on a bench, talking about hope, which brought us to the balconies and their political meaning as stages of resilience and as places both private and public at the same time. Balconies as terraces of openness and hope, as well as platforms for authoritarianism and supremacy, as thresholds from which we can encounter the world during the confinement of the domestic.

Övül:On your balcony you take a breath of fresh air, catch a moment of sunshine or have a smoke. They turned from luxury terraces to symbols of democratization. Now, every architecture school has its own way of designing balconies. Everyone has their own way of inhabiting them. So, we decided to address an invitation to the artists, writers, architects, choreographers living in our neighborhood Prenzlauer Berg to share some signs of life on their balconies and windows during the Easter Weekend in a form of a public exhibition of sorts. We realized that this was the moment:  We were all in our quarantine spaces and not hectically traveling as usual required by our work responsibilities. And we took the chance.

CCB Magazin:How many artists have participated in this?

Joanna:We started with our friends, who invited other friends, and so on. Our invitation was picked up very fast. In less than fifteen days, this neighborhood initiative put people closer together than any regular contemporary art event. It made neighbors reach out to each other, it made various art communities intermingle. Over 50 artists, including their families, took part after all. With zero budget, no opening, and no crowds, the project turned into an intimate stroll to search for signs of life, art, and points of kinship and connection. Thousands of people left their screens and came over. We were deeply moved by the warm reaction and curiosity. To protect people's privacy we didn't give artists addresses, we simply created a map with dots and a list of artists living in the area, but you would not know who did which work. In that sense it was an anti-hegemonic stroll, beyond a particular authorship. Our only curatorial choice was not the list of achievements of certain artists or its symbolic value but the postal code of the area and the question how can we relate to our isolation and the pandemic, starting from where we live.

On the balcony you can get fresh air, enjoy the sun or smoke a cigarette. But balconies also stand for authoritarianism and superiority, for openness and hope. And we turn them into art 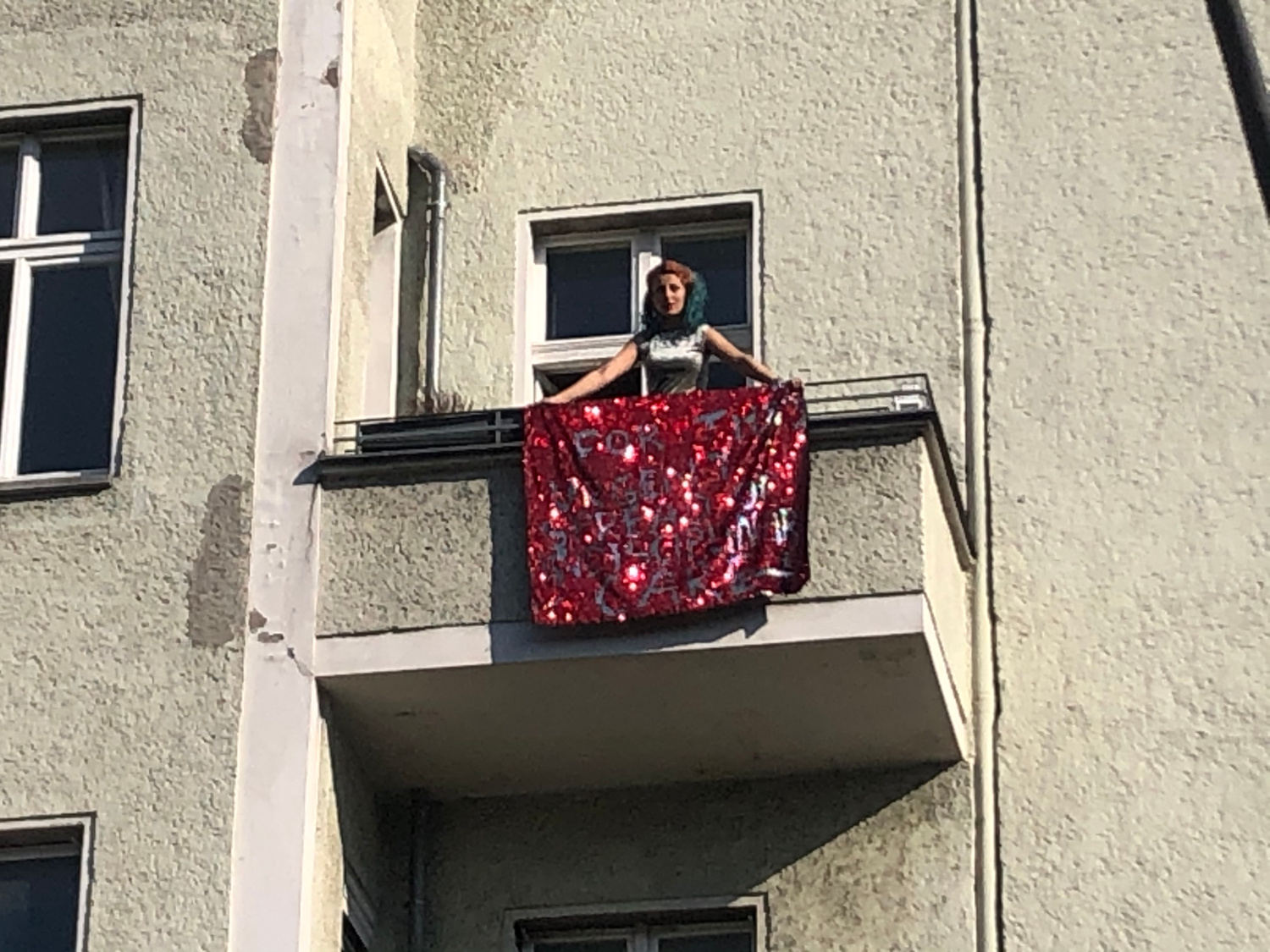 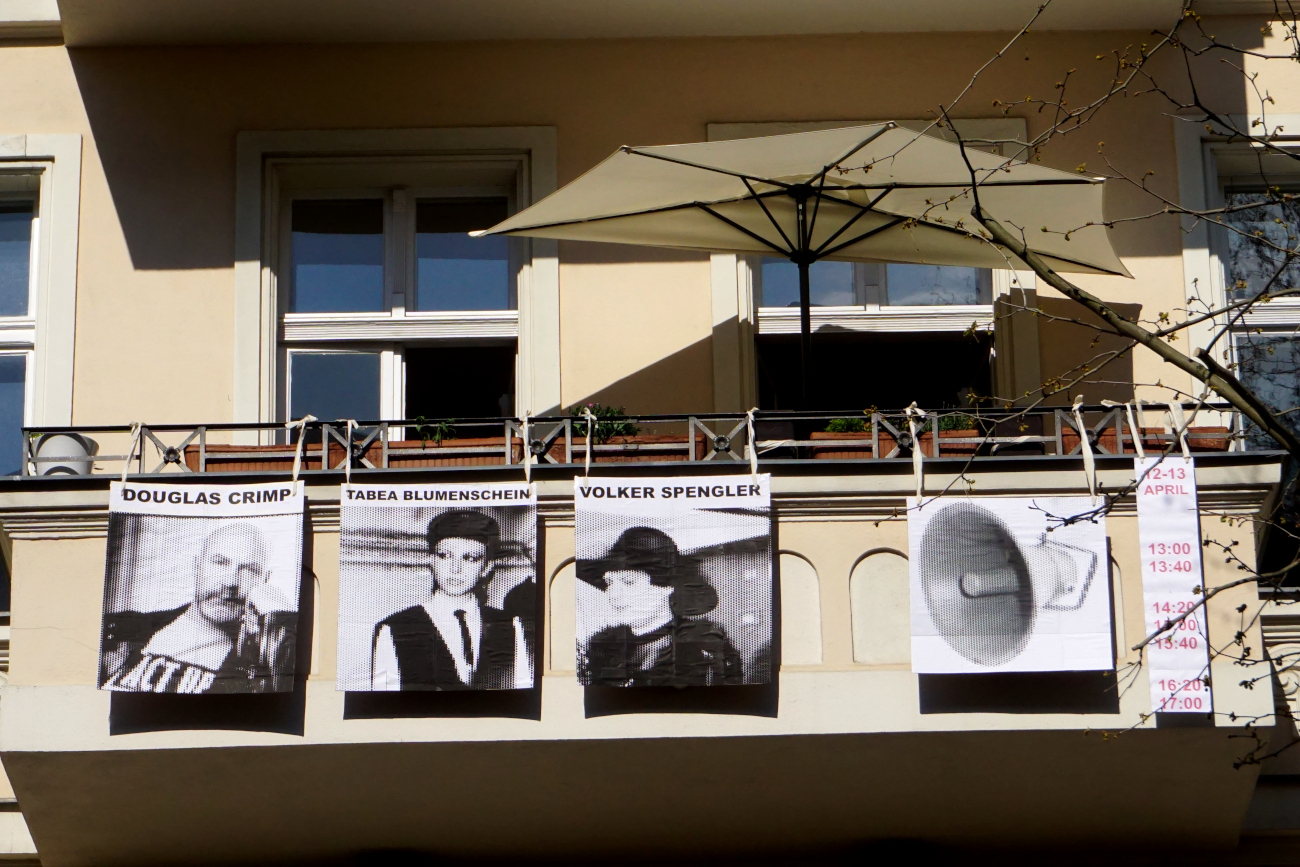 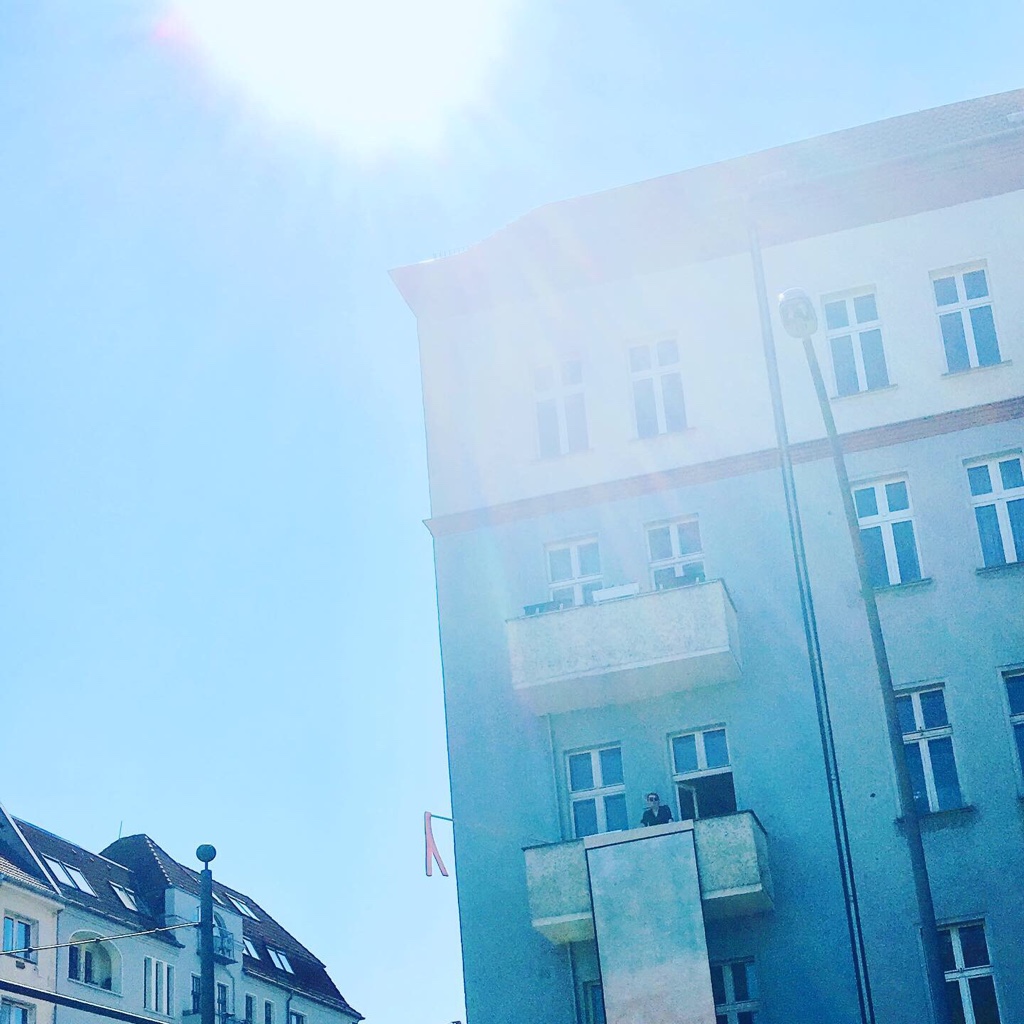 CCB Magazin:There are photos and video recordings of the artistically designed balconies. Are they archived somewhere or could they only be admired during a walk?

Joanna:We are currently working on our website. The project went viral and there is a lot you can find in the net. On our Facebook page we show the documentation but also some other relevant stuff concerning public art and various sister editions.

CCB Magazin:Did you take money for it?

Övül:Of course not! And we have to say we are absolutely against working for free and any form of exploitation, but if there is a need for engagement, there are these rare situations where one can do something just because it feels right, where the economic aspect does not play a role. And of course, it would be even better if under normal conditions there was more fairness and equal pay in a very hierarchical art world. “Die Balkone” proved to us that art can be in fact a way of creating freedom within confinement, a way of shaping relations and narrations, creating intimacy, overcoming fear, and a way of creating moments of publicness together. I like to ask what is in fact public in public art? Maybe it's the rare capacity of creating a moment of togetherness and hope despite social isolation while also thinking of leaving nobody behind.

CCB Magazin:You're both curators. What kind of projects have you done before?

Joanna:I have always been interested in how art works politically and socially outside of the white cubes. I like to work in the museums but even more outside of them. In recent years I was an artistic director of Public Art Munich 2018, and worked in many various cities and contexts from Tbilisi, Gwangju or Warsaw, my home town.

Övül:As a curator I act between exhibition making and public programming. I and Joanna happen to be both independent curators. But independency in fact means a lot of dependence: on grants, moods, circumstances, encounters, favors and interests. And yet there is something that made us staying who we are - at least partly (next to our respective teaching assignments) - and that is, in the first place, proximity to artists positions and their vulnerability.

CCB Magazin:Do you think that the current crisis will change the work of museums and galleries? And if so, what could change?

Joanna:Well, we are often asked how was this project different from what you realized before? Let me say this: What our initiative also asked is to look at our vocabulary of production and exhibition making, the language use. We tend to forget many things in the professional art world. One of them is the joy and sense of communicating. We do too much, too fast and too hectically, yet we can not live without each other only behind the screens. Now with the obligatory slow down, we realize that we forgot the agency that art has in the public sphere and space to respond and to express needs and urgencies. Especially now, public art reveals itself as part of healing, as a means to produce imaginative forms of publicness in the times where many gatherings for the upcoming months might be risky. It offers itself as a medium to relate to each other avoiding crowd-making. It comes forth as a powerful agency to reshape publicness, to create forms or care, support and societal well-being or just a random encounter. What is public and counter public in public art? What is art’s role in the construction of the public sphere, and of society at large? Many of us, not only cultural workers, are in need of situating ourselves in that moment, looking for ontological meaning outside of the museums in the eerie city landscapes. This is an extraordinary opportunity for art to reach out, to rethink our interdependencies to each other. “Die Balkone” as a spontaneous instance of art in public made us believe again that art can be in fact a way of creating freedom within confinement, a way of shaping relations, reunderstanding intimacy, a way of overcoming fear, and a way of creating moments of togetherness.

CCB Magazin:Do you already have a new project you want to tackle?

Övül:We are currently founding an informal collective of „Die Balkone“, in order to continue to work in the public space both in Berlin and elsewhere. The pandemic should be a way to rethinking art, and public art especially.

CCB Magazin:Joanna and Övül, thank you very much. Peace out.