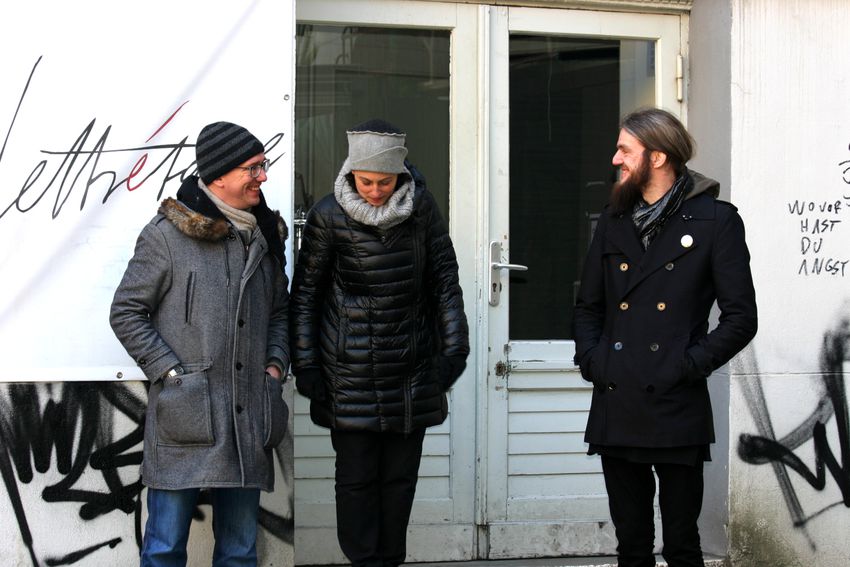 This year, the Fourth Literature Trade Meeting will discuss the purpose of cooperatives for writers. How meaningful are cooperatives right now? How do they work? And can they help out of the Corona crisis? A discussion about the future of coexistence in individualised times with Moritz Malsch, co-operator of the Lettrétage and project manager of "schreiben&leben", who will present his concept for a literary cooperative at the trade meeting on 20 June.

CCB Magazine: Dear Moritz, for years you have been focusing on the topic of cooperatives. Cooperatives are now the largest economic organisation in Germany: more than one in four Germans is a comrade. They are also increasingly in demand in the cultural and creative sectors, although they play virtually no role in the literature scene. Or are we mistaken there?

Moritz Malsch:No, you're not mistaken. As far as I know there is no literary cooperative, I only know of a small cooperative of female editors in South Tyrol, which at the same time became a publishing house. There are, however, already approaches in the artistic field - the Smart Cooperative, for example, which takes care of social security issues for artists. At Smart you can even be employed on a permanent basis or become a member as a self-employed person - you then pay seven percent of the cooperative fee from your net income. Another example is Fair Culture. This cooperative helps visual artists to develop and finance their artistic project. We will present this project on 20.6. at our literature trade meeting.

CCB Magazine:For all those who do not know what a cooperative is or how it can function in the literary scene: What is a cooperative?

Moritz Malsch:A cooperative is initially a corporate legal form just like a GmbH or a stock corporation. The special feature is that, unlike the legal forms mentioned above, voting rights are tied to the individual. In the case of an AG, for instance, the person who owns the majority of the shares has the say. In a cooperative, each shareholder - each comrade - has exactly one vote, regardless of how many shares he or she holds. The idea behind this is that cooperatives do not focus on maximising returns, but on the benefits for the members. In practice - take cooperative banks, for example, which many people may know - people usually buy a share because they want to use a certain service. The money that you have paid in forms the company's share capital. The aim of the deposit is not, however, that the value of my share certificate should necessarily increase, but rather that I should be able to use the company's service - in this case a banking service - as cheaply and as qualitatively as possible. 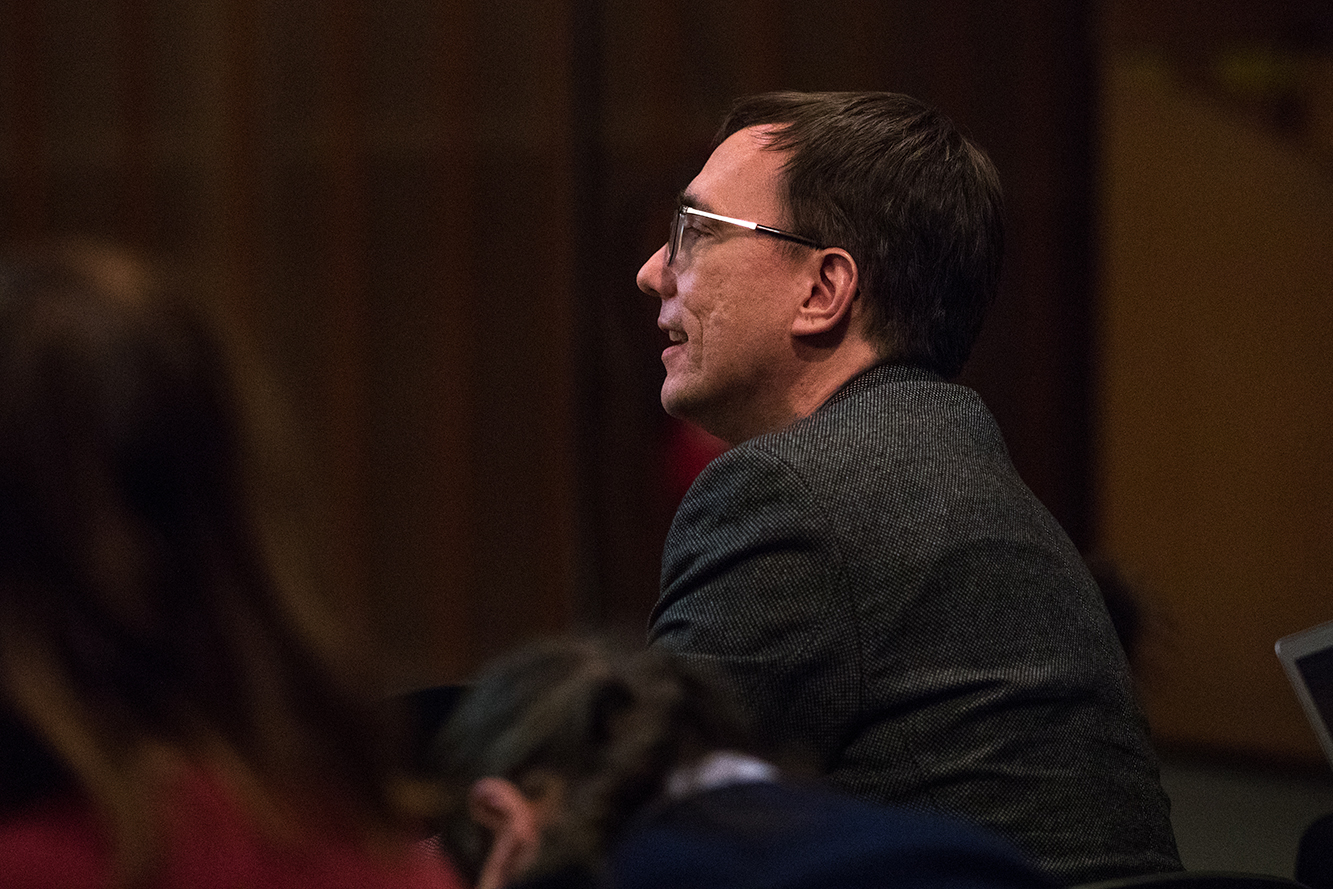 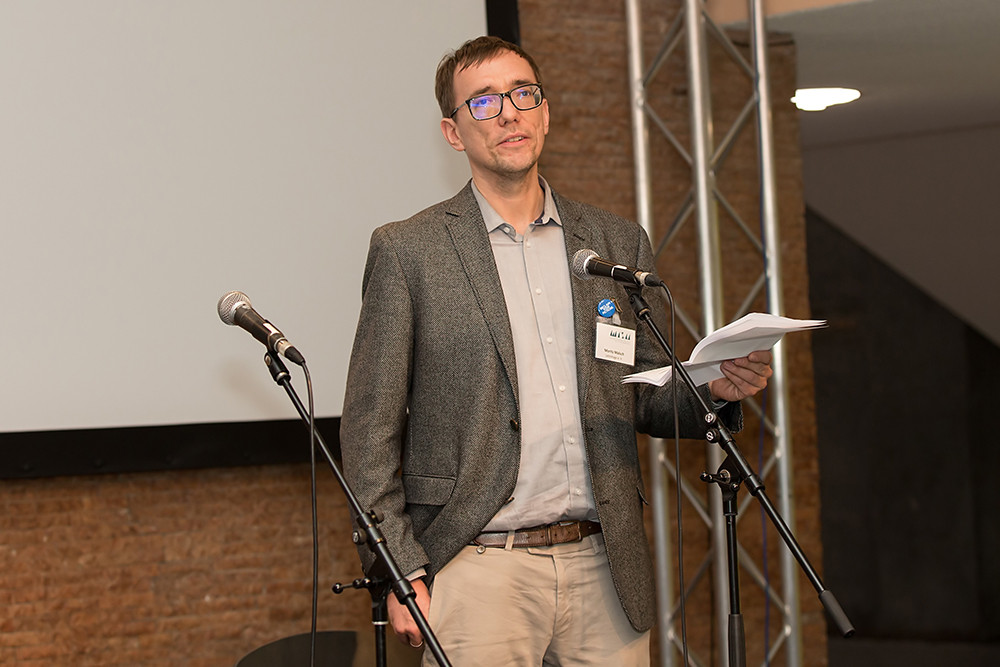 CCB Magazine:There are different types of cooperatives. Which one makes the most sense for writers?

Moritz Malsch:It's impossible to give a general answer. Like many artists and cultural workers, authors often have a tight purse. So in many cases being able to concentrate fully on one's work also means living cheaply. This is where housing cooperatives come in, for example, which aim to provide their members with affordable housing. Or cooperative banks that give credits to people with a meagre budget. Cooperative banks and housing cooperatives, however, do not allow for much genuine co-determination. We at the Lettrétage therefore want to support the establishment of a genuine literary producers' cooperative within the framework of the "schreiben&leben" project and provide advice and external expertise.

The focus of cooperatives is not on maximizing returns, but on the benefits for the members. It's about bundling resources, buying certain services together and organizing annoying conditions for writers so that they can concentrate fully on their work

CCB Magazine:And what exactly does a producer cooperative look like?

Moritz Malsch:We simply wondered what was stopping authors from getting up in the morning, turning on the coffee machine and just writing. We found quite a lot. After all, making a living from writing doesn't just mean sitting down - in the morning, in the evening, at night - and writing down great stories. It also includes all the other stuff, the general conditions. Things like public image, readings, acquisition, bookkeeping, debt collection and other things that are often considered annoying. That's where our literary cooperative comes in: the idea is, similar to an agricultural producers' cooperative, to bundle our resources. The idea is to "buy" certain services, such as those mentioned above, together. The cooperative organizes all these unloved ancillary areas, the general conditions, and the individual editor or author can then concentrate fully on their work. In addition, the members also receive professional exchange, feedback and opportunities for further training. The idea is that this form of cooperation improves the overall situation, relieves members of unloved activities, ensures fair payment and promotes personal professional development. And everyone decides together on the business direction that the company will take.

CCB Magazine:That sounds all well and good. Let's be honest, what are the pitfalls and risks?

Moritz Malsch:The problem so far is that the barriers to entry are too high for cooperatives: a clearly structured financial plan is needed, including a board of directors and a supervisory board when the cooperative is founded. In addition, a general assembly must be set up. At first that sounds like a lot of bureaucracy, and it is. Especially since the risk naturally increases with the complexity of the whole enterprise. One risk, for example, could be that the cooperative is loss-making and therefore not profitable. Here, of course, it must be clarified from the outset whether the members of the cooperative are obliged to make additional contributions, i.e. whether they have to pay a certain amount more when the money runs out. On the other hand, it may be that this is ruled out from the outset, with the risk that the money is then gone at some point. A colleague of mine once put it this way: there is the work in the cooperative and the work on the cooperative. Everyone who is involved and who cares about it must also be willing to do so, because they are also entrepreneurs in the cooperative. You have to be prepared to invest time for the organisation and to participate in decision-making processes. Overall, however, and I am convinced of this, the benefits outweigh the disadvantages. 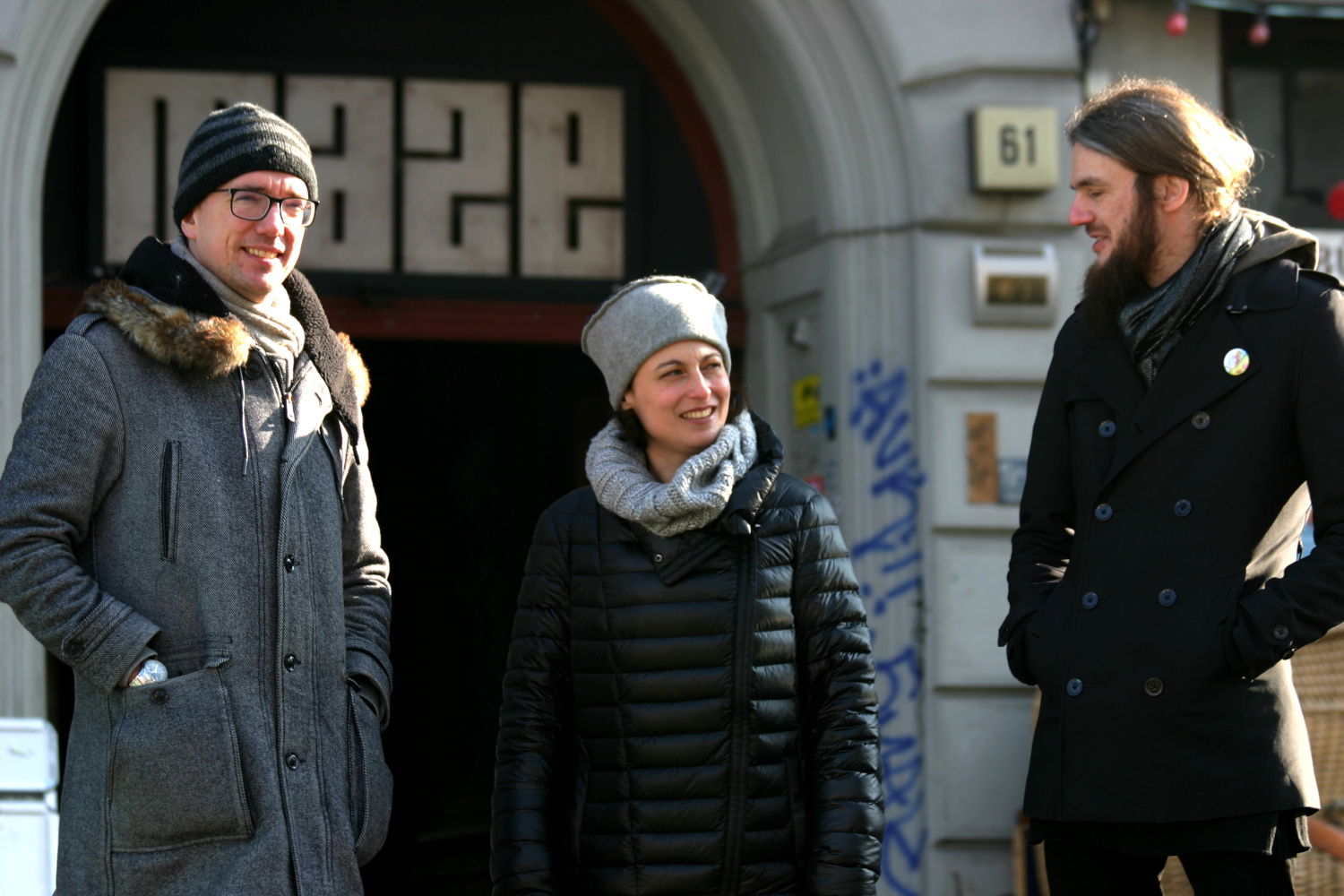 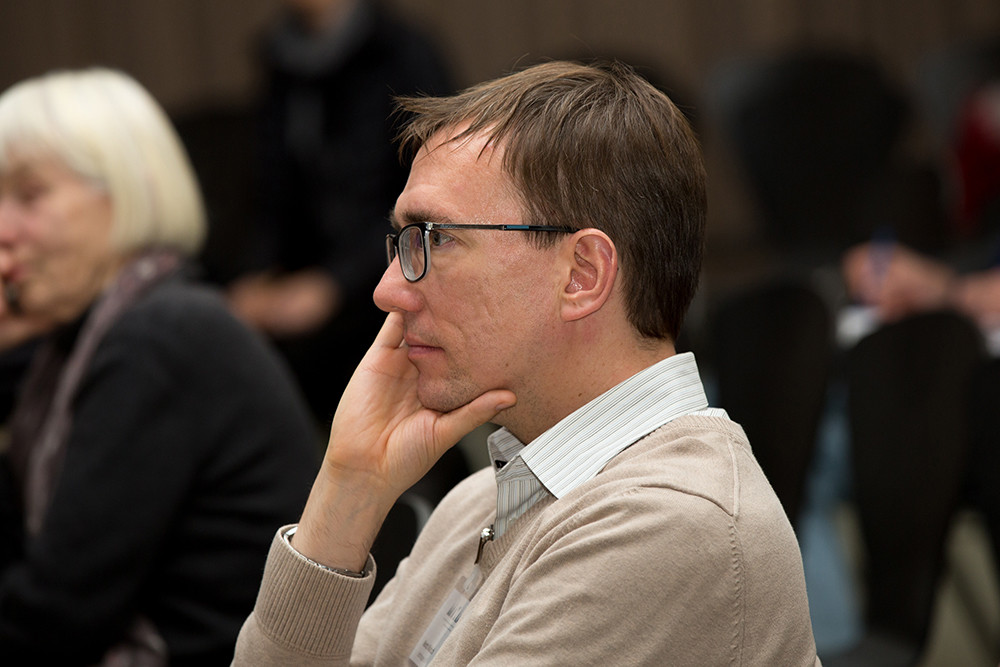 CCB Magazine:But can't the very opposition between collective and individual lead to conflicts of interest? After all, you don't just build a cooperative together, everyone also participates in its growth. I find this difficult to imagine if author XY, who earns a lot of money and brings a lot of equity capital into the cooperative, is to receive the same share of profit in the end as author ZP, who just scrapes past the subsistence level. Is there individualistic leeway or different wage models?

Moritz Malsch:Yes, there is. A literary producers' cooperative works collectively, but not collectivistically. The basic principle, like any business, is that you get paid for what you do. A social factor - for example, pooling the risk of how successful certain business activities or publications are - is entirely conceivable, but this must be carefully balanced. The following questions must be clarified in advance: Should all editors receive the same fee, no matter how much the client pays? Should successful authors give some of their income to less successful ones? These decisions require a lot of work in advance. Yes, the cooperative pursues the overall goal of making working life more bearable and humane for the solo self-employed. This does not mean, however, that all differences in income must necessarily be levelled out. And it also does not mean that you have to tackle all professional activities within the cooperative - you can certainly continue to be self-employed alongside your work.

CCB Magazine:But at the moment Corona still has the upper hand. Is there a reason why cooperatives are on the advance now of all times? Does the desire for a solidary coexistence increase in crisis situations?

Moritz Malsch:That’s possible. Corona raises the question of social justice anew. The cooperative is primarily about pragmatic solutions: How do we help each other? Do we have to do everything alone? And digitalization in particular has been making many things faster and more unmanageable for years, so even the self-employed need a supporting framework - these can be cooperatives. One cooperative that is very close to my heart, for example, is Reinblau, which is active in the field of open source software. At Reinblau, everyone has a strong affinity for digital. The comrades are spread over three continents and the work is very individualized. This is possible today thanks to the extensive use of digital communication and management tools: Individualization and new collectivity merge quite well in many places today. And the best thing is that completely new jobs can be created within the cooperative.

Moritz Malsch:One could, for example, create a professional sales department, also an accounting department or professional public relations, so that the freelancers can fully concentrate on their actual work. After all, as a self-employed person today you have to deal with a great many topics, including commercial and legal ones. Topics of which you, as a classical humanities scholar or artist, have no idea at first. By working together in a cooperative in a larger group, you can handle completely different order volumes and accordingly approach completely different customers. One can also organize oneself in such a way that it is easier to go on holiday if one represents each other. All the work processes that are often bumpy for solo self-employed people can be smoothed out a bit with this.

CCB Magazine:Finally, let's have a look beyond one's own nose: In the music industry new cooperatives try to become an alternative to the ever-expanding streaming giants for years - without much success. Can cooperatives in the literature sector compete with the big players like Amazon or Audible? Or is just another farcical fight between Don Quijote and the windmills?

Moritz Malsch:Monopoles or oligopoles like Amazon are a general social problem of which we have to talk and maybe even regulate somehow. Economically there are no equal opportunities right now. Therefore it is no realistic goal to try to compete with those giants. It's more about creating alternatives. People who are committed to cooperatives are a small but growing community. They believe it can be different. You don't have to tackle down Amazon immediately. A cooperative has to be chosen actively. It's about quality, sustainability, and faire working conditions. In short: it's about an economy that puts the human being in the centre.