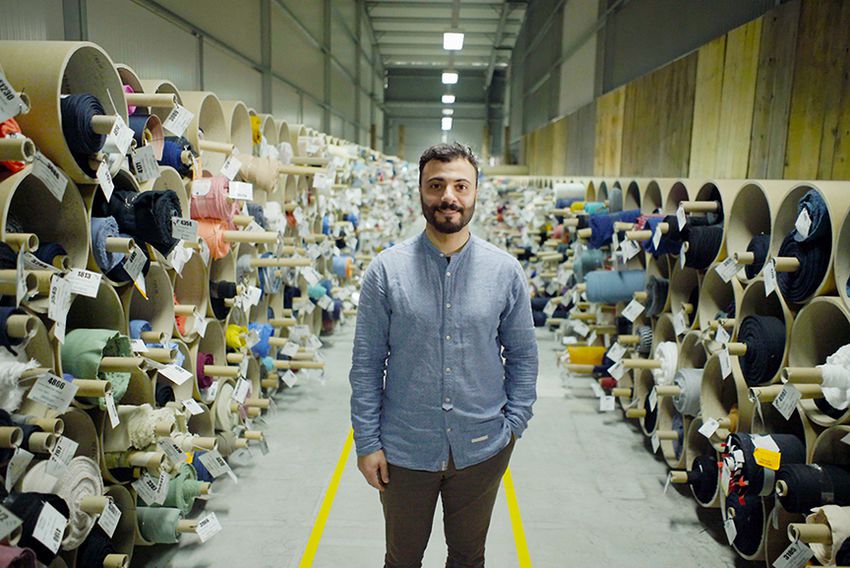 Prolonged periods of drought, permanent dryness. We will have to live with water shortages in the future. The Berlin fashion label kind of blau has recognized this problem and made a comedy out of it: It is the first water-saving fashion label - the first collections were financed by crowdfunding. We talked to founder Ali Azimi about production and a future without wear and tear, about financing a good cause and why you should not count on crowdfunding.

CCB Magazin:Hello Ali, we still know you under the name Blue Ben. For what reason did you change your name to kind of blau?

Ali:We had legal problems. The name Blue Ben already existed. To avoid this, we changed our name to kind of blau.

CCB Magazin:For all those who do not know you yet: Who are you and what is kind of blau?

Ali:We produce water-saving fashion. That means we pay attention to the water footprint in the textile industry, which has an enormous water consumption. Here we try to find solutions. Our clothing is produced as water-saving as possible - from the fiber to the end product. I would say that three things in particular distinguish us. Firstly, the transparent water consumption of all production steps. Secondly: Our production with fibers takes place exclusively in Europe. And thirdly, we produce almost all our fabrics ourselves. Our label produces sweaters that use 90 percent less water than a conventionally produced cotton sweater. In addition, five percent of every part sold goes to the Bangladesh water projects that we have founded with our own NGO.

Our aim is to save water in production. After all, growing cotton consumes vast amounts of it, which would be much more necessary elsewhere. Almost 40 percent of the world's population already suffers from water shortages

Ali:The problem is that for many people the subject of water is simply not on their radar. Water is a resource to which one has access, at least in this country. It is believed to be available in unlimited quantities. But what happens to the waste water, how long it can last, is of little interest to most people. But three things are important: Firstly, it is known that 17 to 20 percent of industrial water pollution is caused by textile production, and this must be changed urgently. Secondly, hormone-changing chemicals, dyes and cleaning solutions get into the waste water through the dyeing processes, and for this reason alone, the use of water must be more strictly controlled. Thirdly, the cultivation of cotton requires vast amounts of water, which would be much more necessary elsewhere, because almost 40 percent of the world's population already suffers from water shortages, and this is unlikely to improve due to the continuing drought. More over, there is the problem of microplastics, which are released into the sewage system and then into the oceans by synthetic substances. Both in production countries in the Far East and here in Europe, the problem has simply not been noticed. Now it affects us all. In Germany, we are not yet aware of it, but we are only at the beginning of a development. I don't want to reproach anyone here. But those who are still avoiding the problem have simply not recognized the signs of the times. 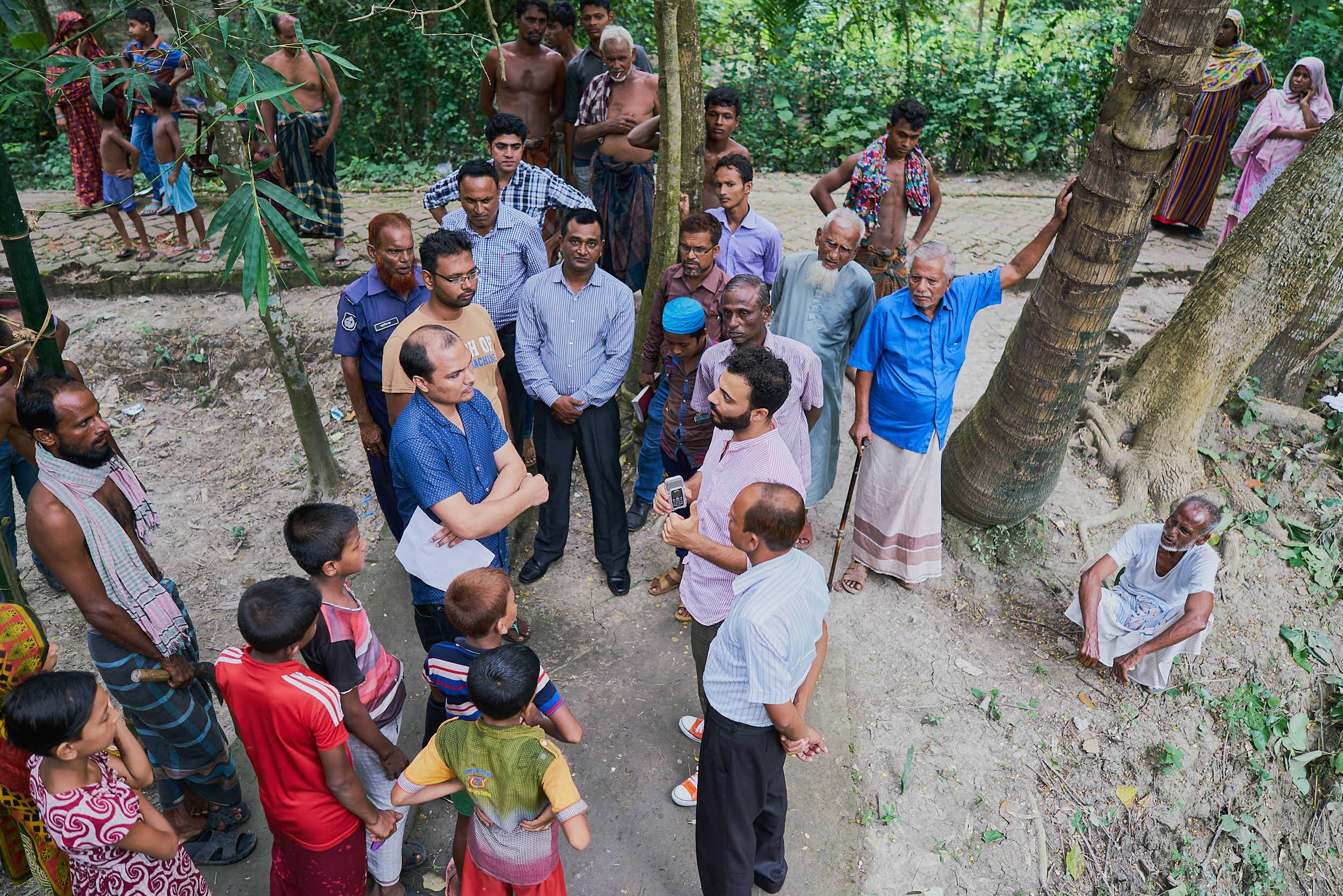 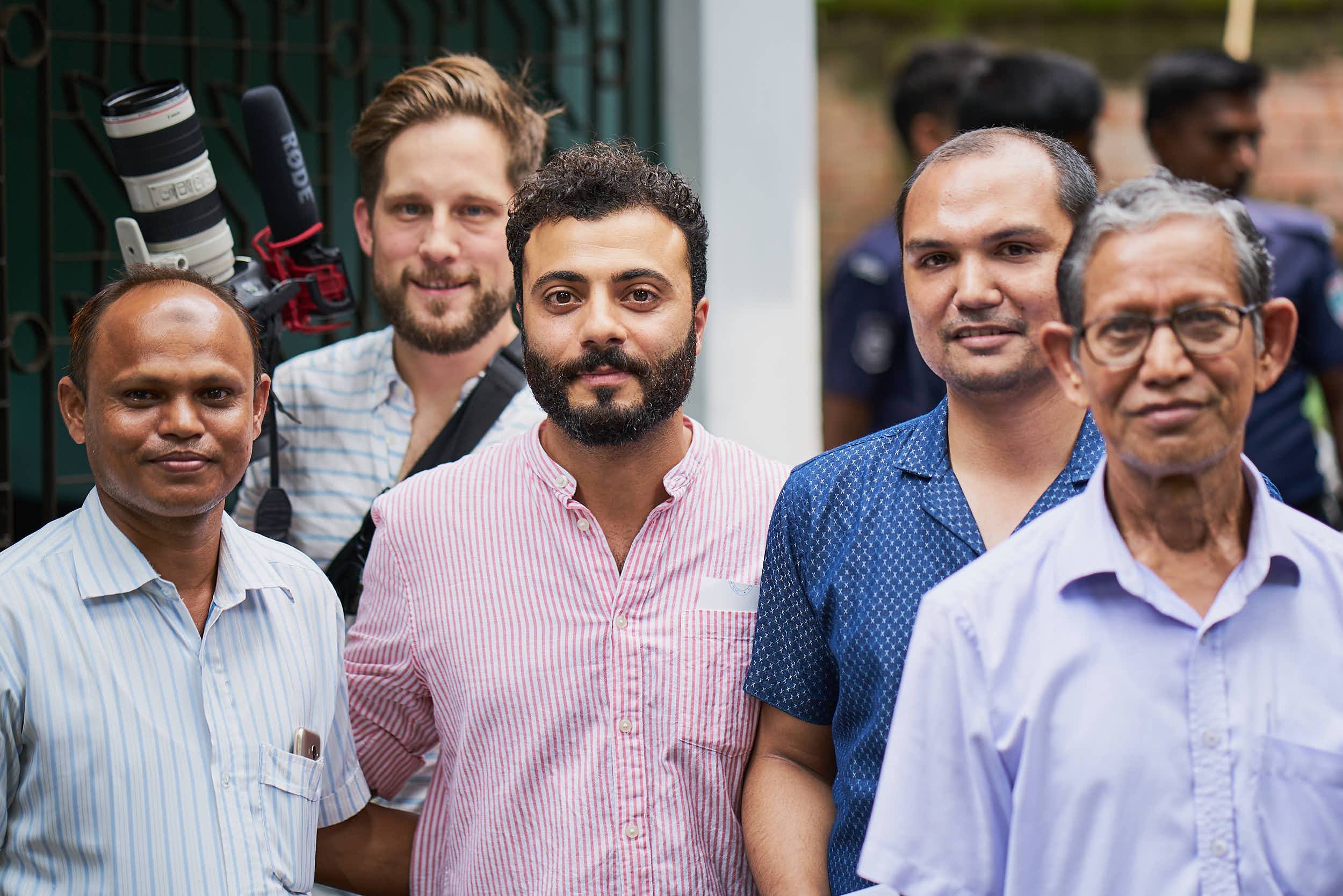 CCB Magazin:Could you explain how a production like this works at kind of blau? Who is involved? How is the production done? What are the criteria?

Ali:First of all, we do not start from the design. We consider which fibers we use and what we can make out of them. The central question is: how much water and what ecological impact do these fibers have? Beech wood, for example, can be processed well and sustainably. The next step is to see where we can find partners who can process the fibers. For us, it is most important to have been on site and to know the productions and their operators. This is how we acquired the first partners in Austria and Portugal (Tintex Textiles) three years ago. However, organic cotton at a sustainable level is in short supply worldwide. Much is still produced in Brazil or India, which is far too far away for us. We then found a cotton producer in Greece that pursues a sustainable concept, for example by drip irrigation. Unfortunately, such production is always a high cost factor. The disadvantage of our processes is that everything takes a very long time. In a fast moving fashion industry this is not always easy.

CCB Magazin:You financed the first collection through crowdfunding. Why did you choose crowdfunding?

Ali:Because crowdfunding is a good thing. We, my wife and I, have previously funded a total of eight other projects through it. So we already had experience. And we chose crowdfunding because we were running out of savings and we didn't have anybody to lend us money. In the beginning I was completely alone. In the first year and a half I invested almost 2,000 euros. Of course that was not enough. Crowdfunding seemed to make sense here. It was also a kind of test for us whether the world needed such a fashion label and what our chances of success were. We also wanted to rethink and redefine existing fashion standards. For us, the consequences for people and nature are in the foreground, this has first priority, financial success is secondary. Crowdfunding here is a means to an end: we do not have to involve a commercial investor. We have everything in our own hands. We mobilize for a good topic and there is money in it. 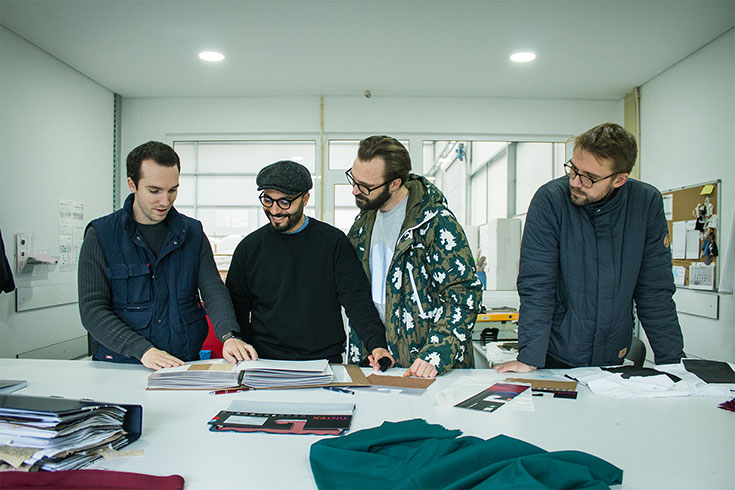 CCB Magazin:You had your first successful crowdfunding project at Startnext in 2018 and raised over 34,000 Euros. What could you achieve with the financial means?

CCB Magazin:If you look back a few years. Would you decide to do this kind of financing again? What are the advantages and disadvantages of crowdfunding?

Ali:I would always opt for crowdfunding. It has many other benefits besides the financial aspect: It is a kind of market research on its own behalf. It is the testing of an idea. But there is a lot of work involved, because you need a kind of communication plan. Without a plan there is no success. Unfortunately, it must also be said that many people today have no other option but to opt for crowdfunding. There are hardly any other ways to access capital. And you don't get funding when you're just starting out, in other words, when you need money. Loans are usually not for small, high-risk companies anyway, because you have to pay them back. In short: there are not too many options. Crowdfunding is one of the few good ones. 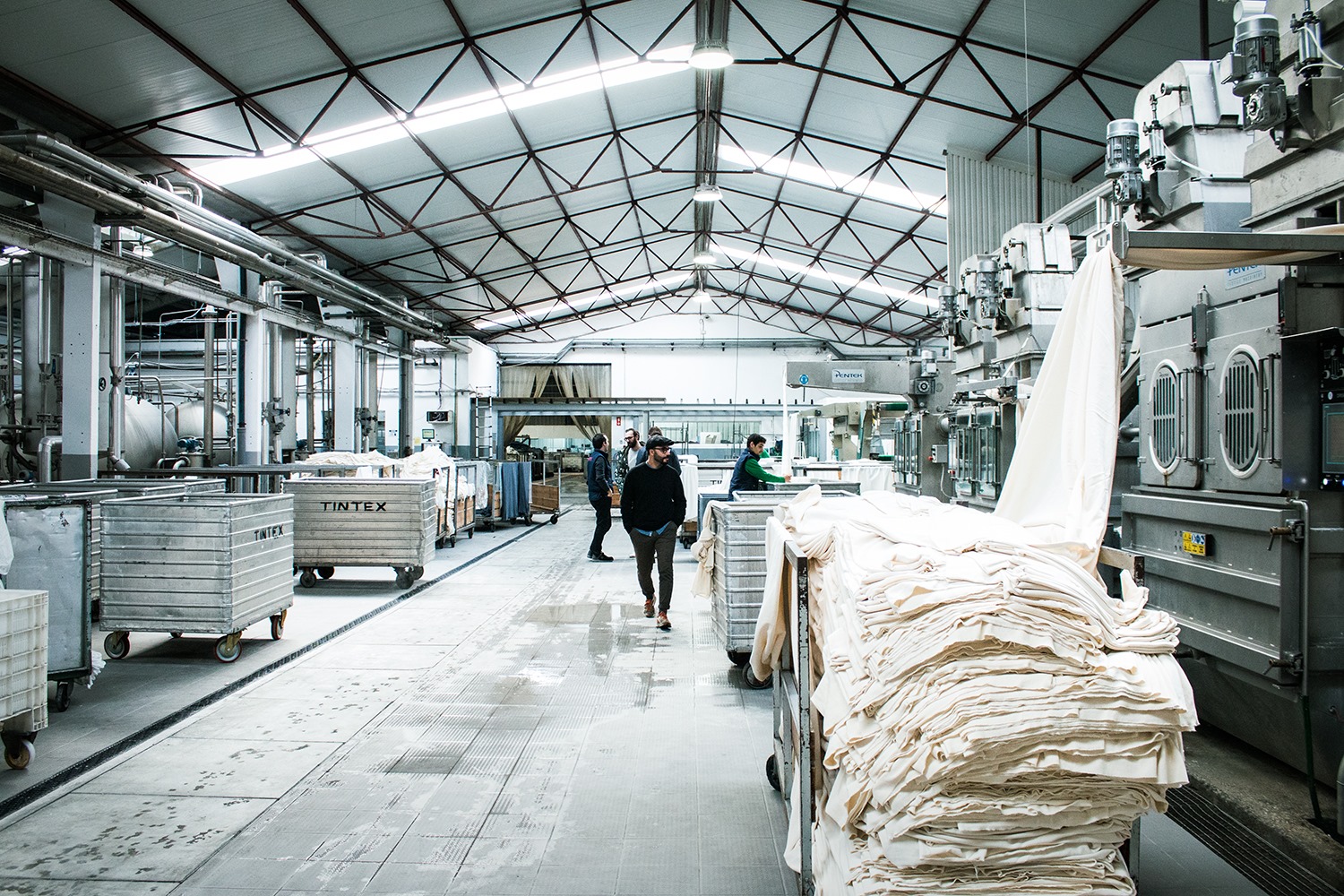 CCB Magazin:Are there any projects that you would advise against starting a crowdfunding project?

Ali:In principle: no. It is simply an exciting experience from which you learn a lot. And mistakes always happen, you learn from them. But I would recommend to everyone to always do something that others have something of, that solves a problem, that doesn't exist yet. The innovation factor is crucial in crowdfunding. Otherwise there is unfortunately no formula for success that can be applied. One piece of advice: never rely on crowdfunding. It is always helpful to consider several possibilities of financing in parallel. Besides, I would rather start small than set myself too big goals too quickly.

We try to finance the collections through crowdfunding. But there is a lot of work involved in such a campaign, because you need a kind of communication plan. And without a plan no success

CCB Magazin:Your campaign was very successful. The funding target was 25,000 Euro, in the end it was over 34,000 Euro. How do you mobilize the masses on the net?

Ali:This is a very important point. Without a network it does not work. To be honest, I started building up a network two years earlier. My wife already had one in Berlin. There were a total of eight people in the team who volunteered and were able to activate their networks. You can't do that alone. In addition, there was a lot of press and social media work. In the end, there are two phases that show you whether the crowdfunding project will be accepted: The first phase is the start-up phase. Here, it's all about arousing interest. But the second phase is decisive. This is about the financing. Especially towards the end, many support the project. So it could be that things are exploding again in the last few days. In our case, this has happened in the last two weeks. Usually not much happens in the middle phase. We didn't have a single order for seven or eight days, which was very sobering. But this time shouldn't demotivate you.

CCB Magazin:Finally, let's return to the subject of water. ARD weather expert Sven Plöger has just written a book on the subject: "Dress warmly, it will be hot! A book about the future water shortage. Wouldn't it be great if Sven Plöger were to wear your clothes in the future for the presentation?

Ali:Well that would be incredible. For the climate it would be best if he would present naked, but since this is probably not possible on ARD, he can wear our clothes. Dear ARD team, we are always available for you. 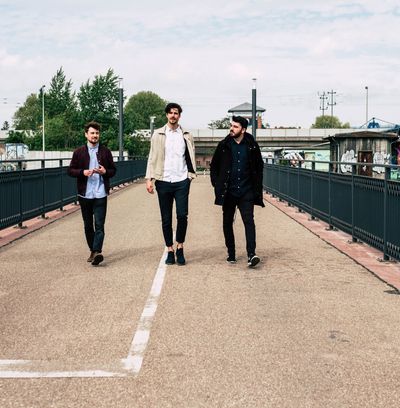 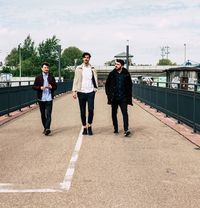 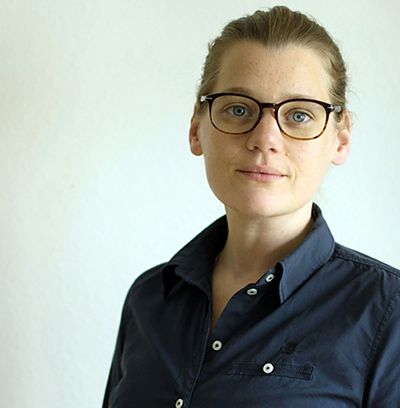 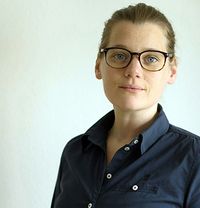 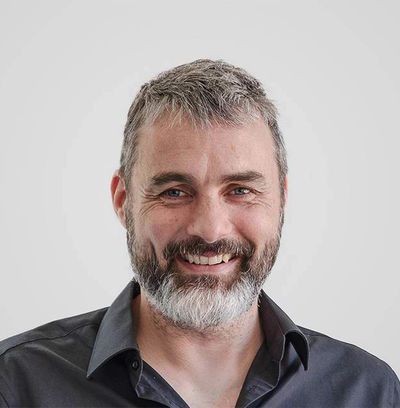 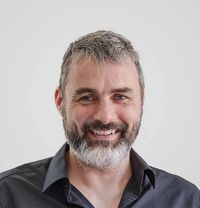 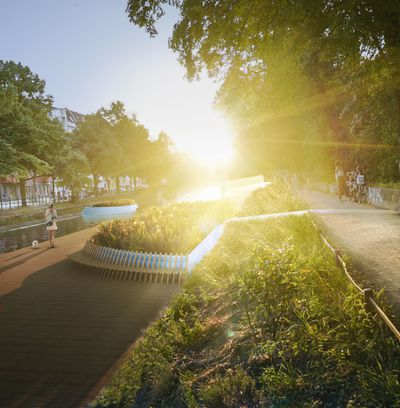 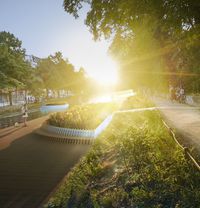 Paulina Grebenstein has a simple vision: she wants to turn ...