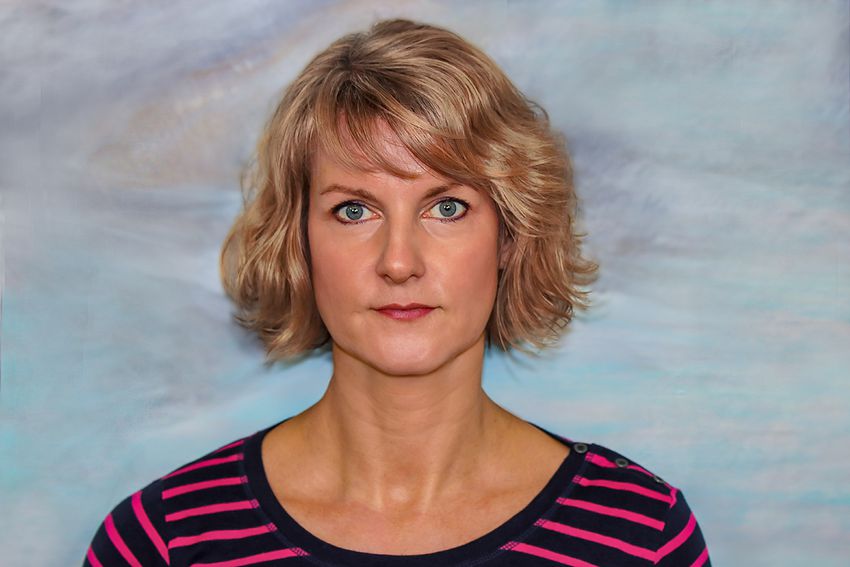 Charlotte Bastian is a Berlin-based artist who is concerned with human intervention in nature: What can art add to the sustainability discourse? What power does it emanate? A conversation.

CCB Magazine: Charlotte, as an artist you are concerned with human intervention in nature. Your images describe flood scenarios, ice melts and other catastrophic conditions. What hope do you have that they will not soon become irreversible reality?

Charlotte Bastian: They are already a reality in many places, even if they are not visible or tangible for everyone everywhere. Nevertheless, I hope that the spiral will not continue until we are really faced with catastrophic conditions. We will not stop this by magic, but only if we deal with nature differently.

CCB Magazine:Since when have you been concerned with the tense relationship between man and nature? Was there a key moment?

Charlotte Bastian:As a 9-year-old - much to the amusement of my parents at the time - I already labeled all my school notebooks with Charlotte Bastian, animal lover. Perhaps my "friendship" with animals created an awareness of how we humans treat the animal and plant world - and what we cause. When I was 18 and saw documentaries on television about factory farming and slaughterhouses, I didn't want to eat meat anymore. At the time, that was a purely emotional decision; today, it's a rational one. Because the facts about how much water, grain and farmland is consumed for a piece of meat and how much CO2 is produced are clear.

CCB Magazine:What is your background? How would you describe your path as an artist?

Charlotte Bastian:I studied fine arts at the University of the Arts in Berlin and one semester each at the Universidad de Sevilla and the School of the Art Institute of Chicago. Already during my studies I analyzed surfaces and made the "inside" of plant, animal organisms, crystalline or geological compositions my focus. It was about structures that can also be found under the microscope in human cells, the nerve tracts or on the surface of a landscape. From this I drew, photographed, collaged; I built sculptures and shot animation clips. Later I worked intensively with landscapes, the water and climate cycle. For over ten years, my pictorial themes have been characterized by landscapes that are either directly or indirectly altered by human intervention.

CCB Magazine:Isn't that incredibly frustrating in the long run?

Charlotte Bastian:No, it would be frustrating not to deal with it. My work is also not about pure documentation, but about invention, thought play, and transformation into something new. In recent years, for example, I've been working more with collage - both classic photo collage and stereoscopy. I also bring together different artistic media when building objects, such as the Praxinoscopes and in short animations. 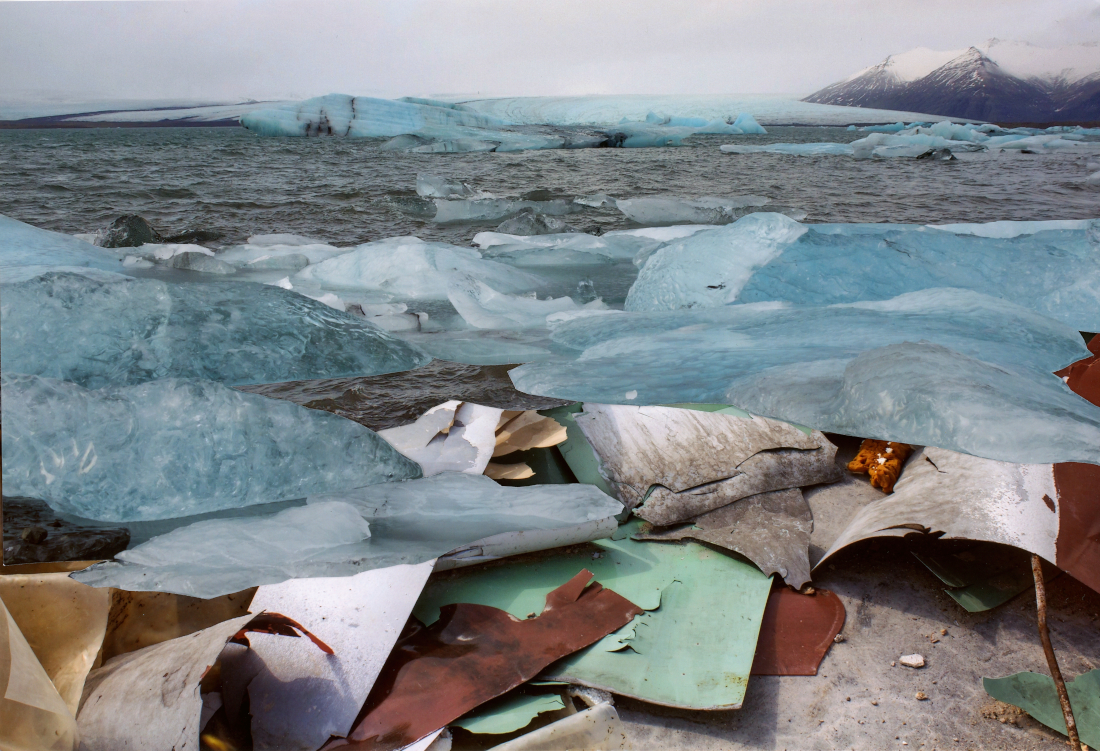 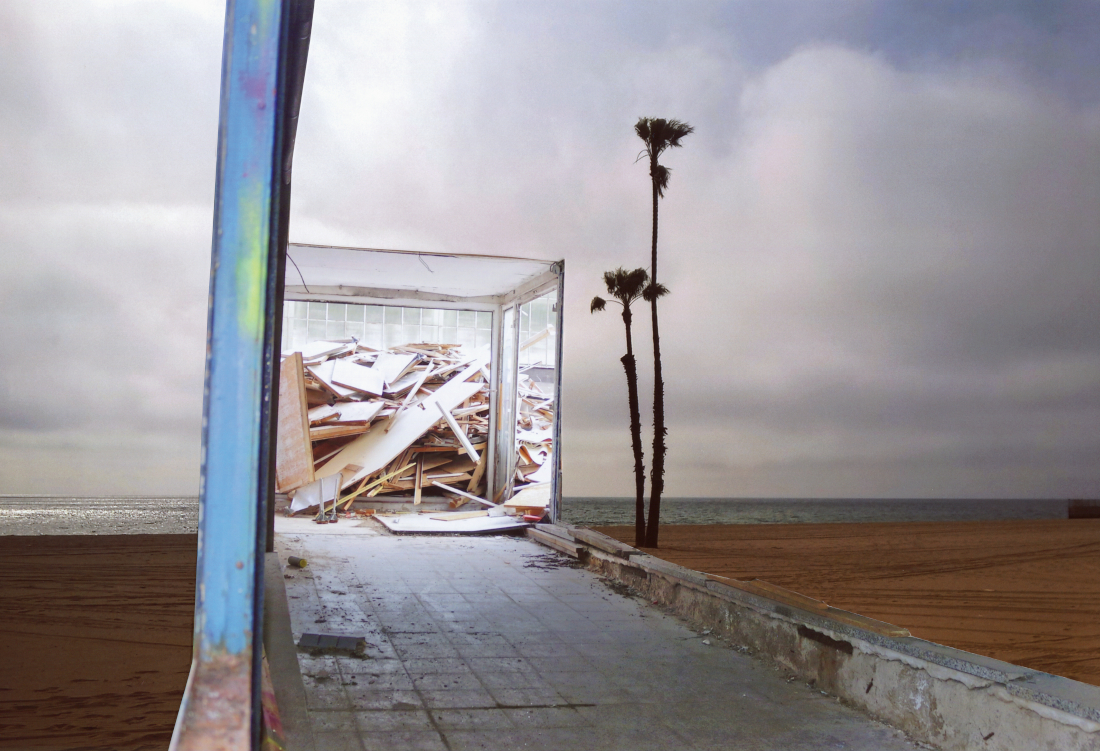 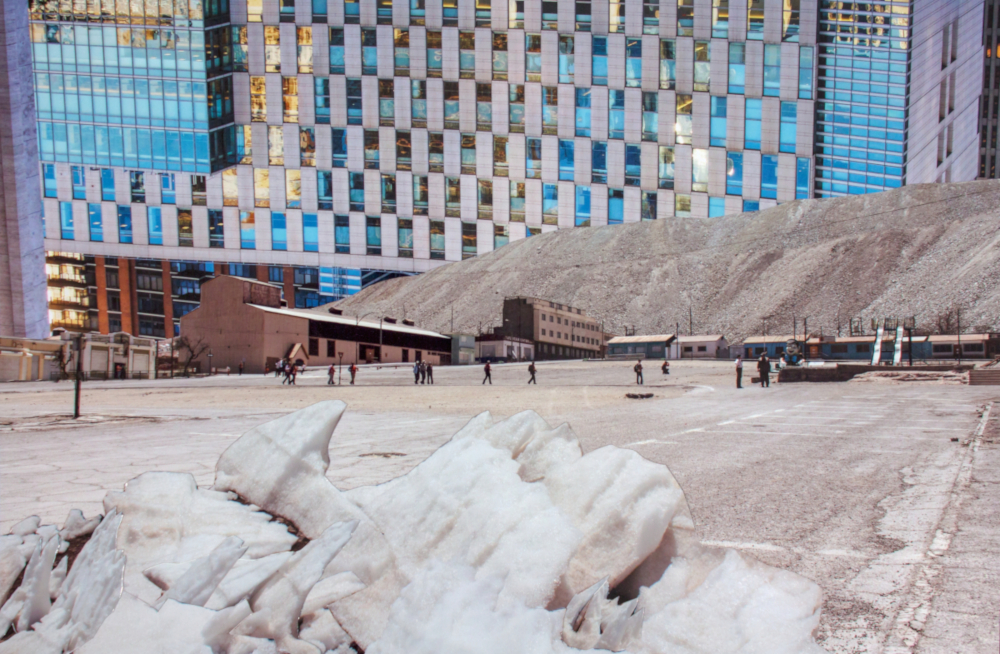 CCB Magazine:You photograph your source material on various journeys. You've been to desert, coastal and mountain regions, but also to highly industrial places - cities like Detroit or Los Angeles. Which trip impressed you the most and influenced your work?

Charlotte Bastian:The most impressive were certainly the 2013 tours to the copper mines in Chile, also the silver mine in Potosí, Bolivia. Here, for example, I took part in a tour of the mine. Clad in monstrous protective clothing, we squeezed our way, hunched over, through the dark, hot, narrow passages and caverns covered with colorful, toxic, iridescent puddles. The miners work there with small bundles of dynamite, picks and shovels. Because there are no toilets there, the workers hardly eat or drink. To endure the work in the heat, darkness and dust, coca leaves are chewed incessantly. And they do this day after day for a pittance. According to a UN report, ten percent of the workers are minors. I remember a scene when two small children tried to sell pieces of ore to the tour participants. I was overwhelmed, a turmoil of feelings of horror, compassion and shame ran through me; shame for living such a privileged life of luxury in comparison. On the other hand, I also had the privilege of seeing such imposing, diverse and pristine landscapes during my artist-in-residence stays, like Norway or Iceland. Both influence my work.

CCB Magazine:The topic of sustainability is currently gaining momentum. Cultural institutions are drawing up elaborate climate assessments, and artists are trying to optimize their carbon footprint. What else can art disclose that is not already known?

Charlotte Bastian:Art can probably reveal little that is unknown here, but it creates a different approach. Contemporary art reflects the time in which it is created. Not every contribution has an impact. But many different voices reflect what moves us, and they can create a broader awareness. Being aware of our own role and responsibility is what moves us to act in the first place. In the end, that's worth more than sticking the label green or ecologically sustainable on everything. I think this labeling actually tends to lead to fatigue.

CCB Magazine:You were born in Berlin. Society is not only facing ecological challenges, there is also the social issue, in other words, social sustainability. How do you experience the changes in the city? On the one hand, Berlin is becoming more and more expensive. On the other hand, Berlin wants to become social-ecological.

Charlotte Bastian:Berlin is constantly changing; at least the city never gets boring. But the development of the last ten years frightens me. Investors are apparently buying up the city and thus also determining our future. The rising rents are existentially threatening, not only in terms of housing, but also in terms of work and cultural spaces in the city. What matters now is that we counter this with concepts that are not about personal profit. This is why the project space scene in Berlin is so important for the artistic base and for promoting and making visible diversity beyond market value. An ecological and social city should be the goal. A new generation that deals with concrete ideas and their implementation for renewal in transport, construction, resource management and urban development is hopefully now coming into its own. 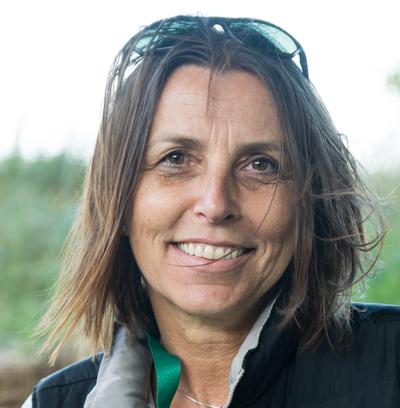 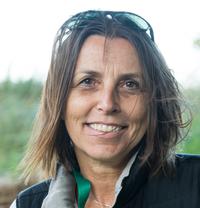