Jeannine Koch: "We need new economic stimulus plans and a home office law that is well thought out" 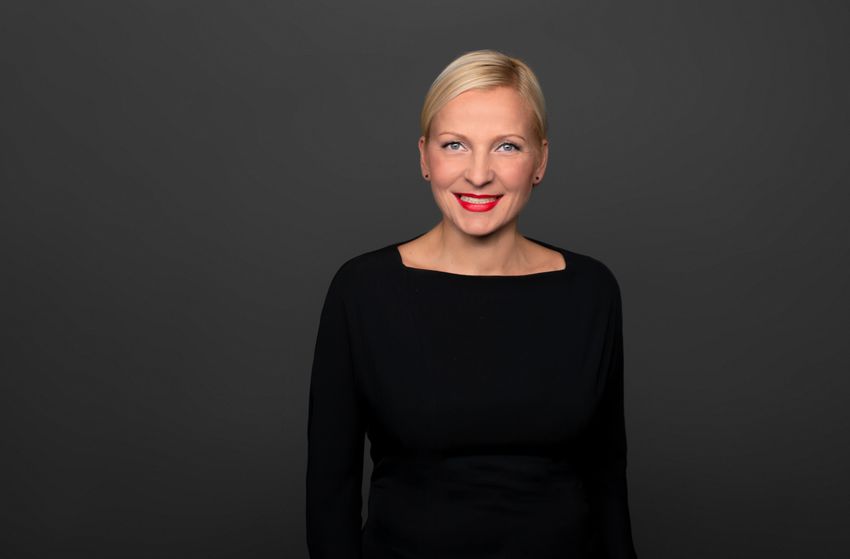 For three years, Jeannine Koch was director of re:publica. Since the beginning of the year, she has been the new face of media:net berlinbrandenburg. How does she want to reposition media:net? What impulses does she want to set for the creative industries in Berlin? A conversation about the Corona crisis, the current state of culture and the future of the creative industry in Berlin.

CCB Magazine:Hi Jeannine, you moved from re:publica to media:net at the beginning of the year. Since it was founded in 2001, media:net has been the network for the media, creative and digital industries in Berlin and Brandenburg. Now that everything is going digital, does a term like digital economy make any sense at all?

Jeannine Koch:Yes and no. Digitization is of course a horizontal issue, which means it affects us all, whether we like it or not. That's precisely why we have to ask ourselves what digitization actually stands for: What is it changing overall? What challenges are we facing? What does it mean for the creative industries and companies?

CCB Magazine:What is your answer?

Jeannine Koch:We're seeing right now that digitization is changing everything: how we work and communicate, but we also see that we can't digitize everything. The physical encounters, the togetherness, that can't be digitized so easily. At the same time, the business areas of the creative industries in particular are receiving new attention as a result of digitization. What existed before is becoming accessible in a new way: exhibitions can be digitized. Applications such as VR or AR are changing the work and forms of presentation of art and culture. Digitization is an enabler.

My goal is to strengthen the digital industry in Berlin and the metropolitan region. I will work to create new digital and analog platforms. I want to create new formats and interdisciplinary networking opportunities

CCB Magazine:You are now at the top of media:net, an industry network with over 450 members. You represent and network the players at the state and national level, offer training courses and work to improve the general conditions in Berlin-Brandenburg as a business location. What exactly is your goal with media:net? What do you want to change and advance?

Jeannine Koch:My goal is to strengthen the digital industry in Berlin and the metropolitan region. My initial focus will be on strengthening and expanding the network, especially from the digital economy, which is growing steadily in Berlin-Brandenburg. I will push for new digital and analog platforms. I want to create new formats and interdisciplinary networking opportunities, both within the network and beyond. Last but not least, media:net also sees itself as a mouthpiece for its member industries in politics.

CCB Magazine:The new medien.barometer 2020/21 on the consequences of the Corona pandemic has just been published: The proportion of companies satisfied and very satisfied with their business performance more than halved during the first lockdown, from 79 to 35 percent. 59 percent also opened up new areas of business. On the other hand, working in a mobile or home office is highly valued. What demands should be made of policymakers?

Jeannine Koch:Quite a lot. The results do indeed show: The funding pots were used intensively. More than half of the companies surveyed have taken advantage of government support programs. For 43 percent of companies, however, the way out of the crisis requires investment support, followed by tax incentives at 41 percent and the expansion of existing support measures at 39 percent. This is where we have to start, and that means we need more investment incentives. There must be new and stronger tax incentives for instance. We need to launch new economic stimulus programs that will also help after the crisis. But for now, the focus must be on getting through the crisis. And the interesting thing about the results is that all the companies we surveyed between the end of August and the end of October see the situation as an enormous opportunity for change.

We need more investment incentives. There must be new and stronger tax incentives. We need to launch new economic stimulus programs that will also help even after the crisis is over

CCB Magazine:According to a survey published on Monday by the Landesmusikrat Berlin (Berlin Music Council), 29 percent of music professionals no longer see any professional prospects as a result of the Corona crisis. They are therefore planning a career change or have already done so. Only one fifth look positively into the future. Isn't that dramatic?

Jeannine Koch:Yes, indeed. The music industry and the entire event sector have a particularly great need for support. Everything has collapsed there. The film industry is also suffering, especially the movie theaters, which are completely without revenue. This industry is in a bad way, and there's no way to sugarcoat it; the state has to step in. On the other hand, a quarter of the companies surveyed say that home offices have led to an increase in productivity. Enabling mobile working and home office is highly valued. Here we can take a lot from the crisis. Work-life balance processes, which we have been talking about for years, can be rethought. At the same time, this means keeping an eye on the risks that can also arise from home offices, such as permanent accessibility and the weakening of the separation between work and private life. In addition to new economic stimulus programs for the creative industries, a home office law is therefore needed that is well thought out and developed - and also guarantees legal certainty for employers. Key words: occupational health and safety, data protection, working time regulations.

CCB Magazine:A recent study by Greenpeace shows that the home office is also resource-friendly: over 5.4 million tons of CO2 can be saved per year. This corresponds to 0.6 percent of annual CO2 emissions in Germany. The ecology concept is becoming increasingly important in the creative industries. Wouldn't now be the time to kill two birds with one stone?

Jeannine Koch:That is a very important point. If you no longer have to commute permanently, that not only reduces CO2 emissions. It also reduces the stress caused by commuting. We now have the chance to tackle things fundamentally. If people can increasingly work from home, the surrounding area can also become more attractive - which can relieve the tight housing market in Berlin. These are important effects that we should focus on in the future.

We now have the chance to tackle things fundamentally. Work-life balance processes, which we have been talking about for years, can be rethought via a new home office law. The events of the future could be so-called hybrid formats - analog, digital, sustainable. At the same time, we can't digitize everything. A digital conference is no substitute for interpersonal encounters

CCB Magazine:Keyword tax incentives for the creative industries: What exactly should they look like? To what extent can they also be linked to the ecological idea? Since January 1, the so-called CO2 price has been in effect in Germany for the automotive industry: Those who use fossil fuels such as gasoline, coal or natural gas pay extra, while those who avoid them receive tax relief. Is there a need for such a law for the cultural and creative industries?

Jeannine Koch:These are the right approaches, yes. But at the moment, it has to be said that for many people it's a matter of survival. So, we first need to create tax incentives for those who need to get back on their feet. At the same time, we're learning from the crisis: cutting back on consumption, curbing air travel - these things have been part of everyday life for months now, many of them can be maintained, and we can provide tax relief for those who work in an environmentally and socially responsible way. You don't have to fly to NRW to shake hands. This can also be done digitally. And it doesn't mean a loss of communication quality. It relieves the burden on people and the environment.

CCB Magazine:You are a native Berliner, a graduate media consultant and have been rooted in the event industry for years. You said at the beginning that togetherness cannot be digitized. But to what extent can the event sector be realigned? Events are associated with high costs, and the materials are often no longer needed afterwards and are sold off. What will the events of the future look like that are both analog, digital and sustainable?

Jeannine Koch:The events of the future could be so-called hybrid formats. Digital only, that won't work. No matter how well a conference is digitized, no matter how great the tools, it cannot replace interpersonal encounters. At the same time, we are currently seeing that many things can be done digitally. The topic of beyond entertainment will gain in importance. Forms of immersive experience offer new opportunities for encounters, and this development is only just beginning. The number of participants can be increased via digital access, there is no space problem, and the sky's the limit. Costs and materials can also be saved. At the same time, many are already tired of all these online formats. We must not overstretch the bow either. It's the healthy mix that does it.

CCB Magazine:Last question: Your predecessor Andrea Peters said in CCB Magazine that you still work with Excel in the office at media:net. Now you're on the front line as a digital expert. Are you giving Excel a chance?

Jeannine Koch:(Laughing) Here, of course, we're trying to break new ground. I also have to correct my statement in the Tagesspiegel about "You can't digitize everything away." In the future, we'll digitize everything internally that's not up in the air. This does not mean that we are increasing the pressure on the workforce. We want to simplify and streamline processes and thus create new access points, especially with regard to collaboration. And we don't have to store data 17 times in different places. Once is enough. 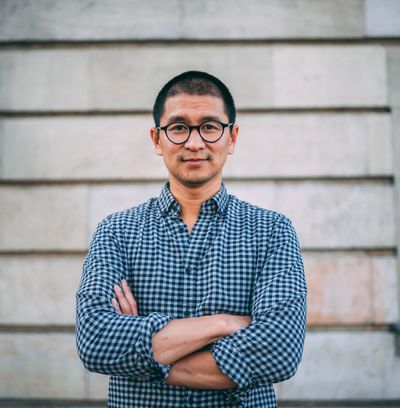 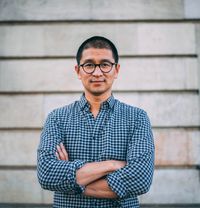 Van Bo Le-Mentzel has been doing one project after another … 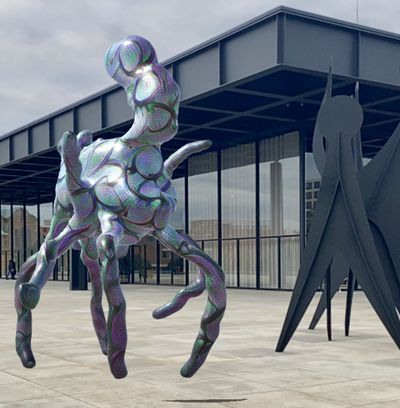 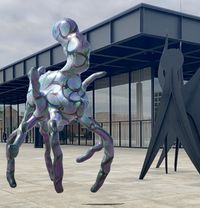