Focus on streaming for the performing arts 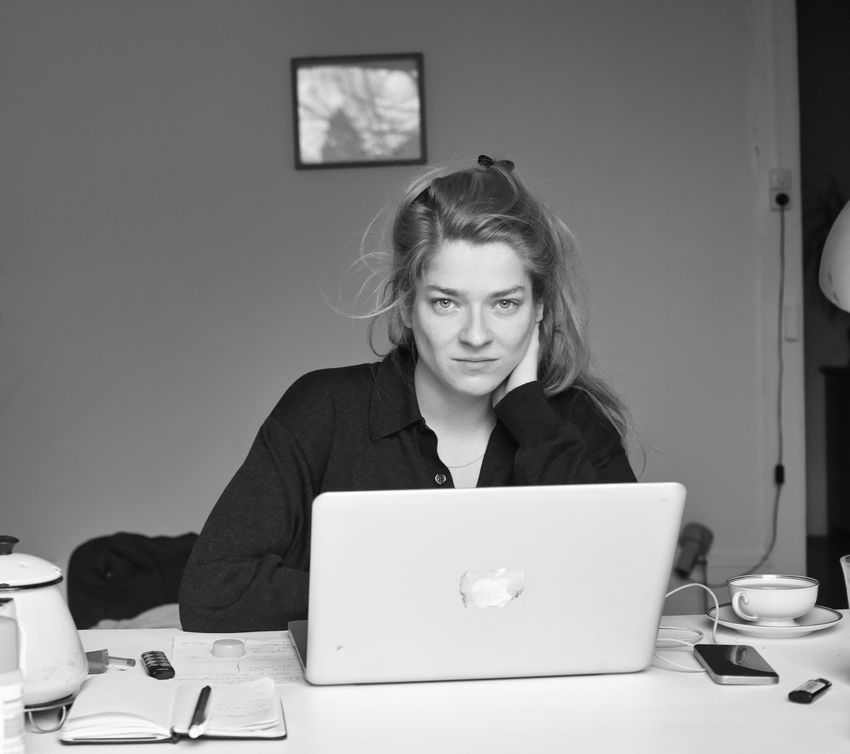 In the midst of the Corona crisis, Elisabeth Caesar launched SPECTYOU, the first streaming platform for the performing arts in the German-speaking world: dancers, theater makers, performers and art enthusiasts gather on the web. How does streaming work in the performing arts? Is it possible to earn money with it? What is it all about? A conversation with the founder.

CCB Magazine: Hi Elisabeth, over a year ago we featured you and SPECTYOU in CCB Magazine. Back then, you went online as the first streaming platform for performing artists. Bring us up to date: How does the platform work today? What is its purpose?

Elisabeth Caesar: SPECTYOU is a new location-independent networking platform for theater professionals. Video recordings of German-language productions from the fields of dance, acting and performance can be uploaded - in full length and free of charge. We offer a safe place for this, technologically up to date. Our goal is to expand the reach of the performing arts.

CCB Magazine:How has the platform developed so far?

Elisabeth Caesar:Unlike the pandemic, SPECTYOU has not developed in spurts, but steadily. New users are joining every day. With the introduction of the payment function in mid-February, this development has accelerated significantly. We expect the same from the new features that are now about to be released: Text chat to the videos as well as Zoom conferencing for audience conversations are integrated directly on the video page. In the meantime, we have over 5000 registered users who can watch the videos for a self-selected entrance fee. We regularly show livestreams with several hundred - once even 2000 - viewers. In the background, however, there has also been a lot going on. For example, we have implemented video portals for the jury of the German theater award Der Faust or the central auditions of the state drama colleges. We will continue to pursue this path, where we see ourselves as a central platform for all digital theater matters, in the coming months and years. 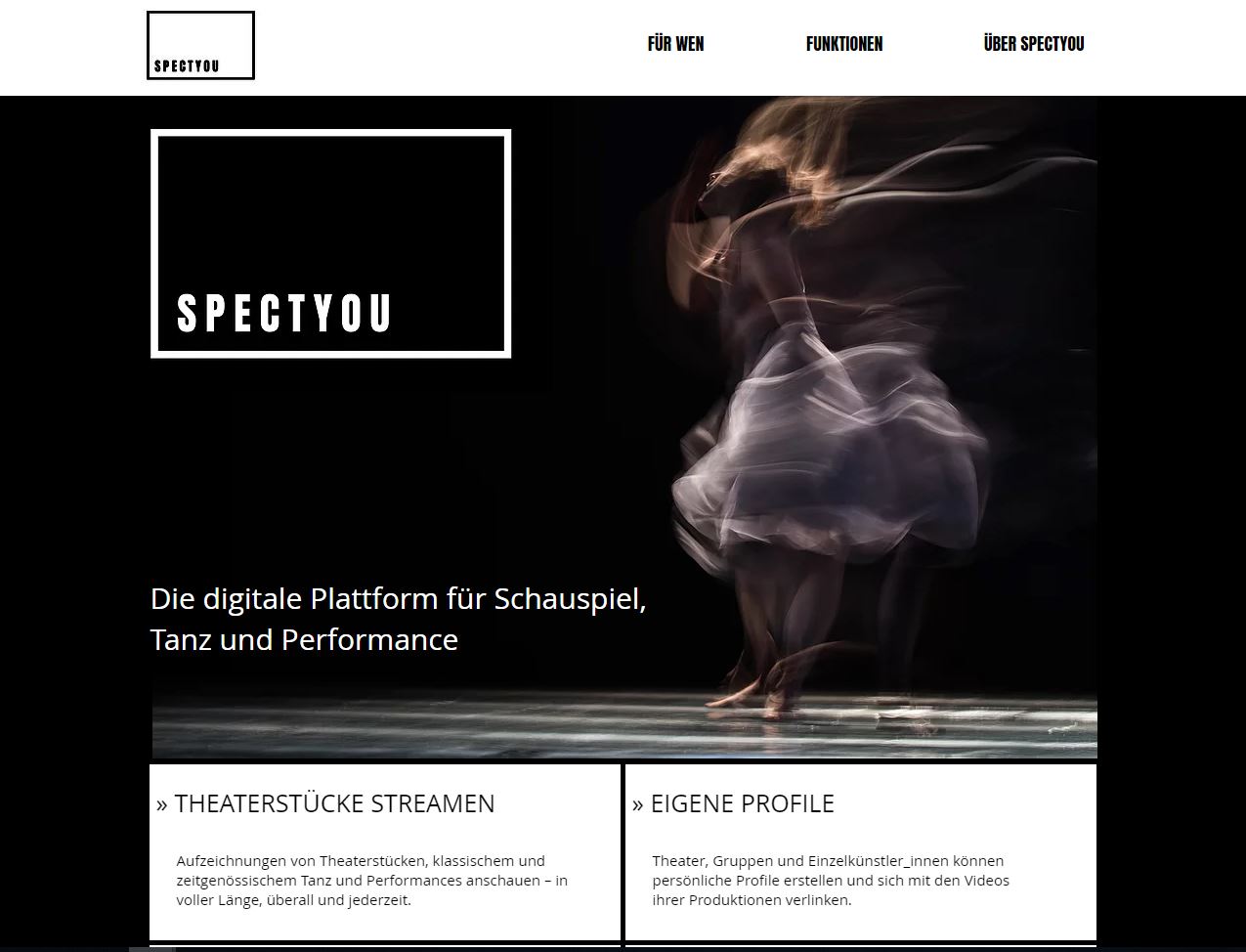 CCB Magazine:Now it's pandemic, tomorrow - hopefully - normality will return. Won't people then just go back to the theater - live, on location, in real time: Is the end of the pandemic also the end of streaming platforms?

Elisabeth Caesar:No, certainly not. One does not exclude the other. SPECTYOU is an exclusive framework in which knowledge transfer happens. I am a theater woman myself, and the need among my colleagues as well as private theater enthusiasts is obvious: we all want to be able to see theater - although we naturally prefer the on-site experience - regardless of time and place. Theaters and groups want to be seen beyond their regional reach, and audiences can be expanded through SPECTYOU. Plays can be seen all over Europe on SPECTYOU and, depending on the setting and legal situation, worldwide. Groups working on a similar theme, for example, would like to network and exchange ideas. Actors would like to be scouted and set designers would like to upload their set models or mood boards. In German-speaking countries, 8,500 different productions are shown every year. There are a total of 1,000 stages in Germany, 65,000 theater professionals and 25 million theatergoers nationwide. After all, we don't want to replace live experiences, but we do want to create an expanded offering and generate interest.

I am a theater woman myself, and the need among my colleagues as well as private theater enthusiasts is obvious: we all want to be able to see theater - although we naturally prefer the on-site experience - regardless of time and place

CCB Magazine:What options do I have as a theater maker to upload a video? What is the distribution key on your platform: what of the paid subscriptions do those who have uploaded a piece get? And what is the incentive for uploading?

Elisabeth Caesar:For the presentation of videos, we offer two models: First, videos that are available for a short time, whether recordings or livestreams, where theaters can show their productions and sell tickets. The other is our digital archive, where we collect high-quality play recordings of all kinds and make them permanently accessible. Here, the upload is free of charge; in addition to the infrastructure set up, SPECTYOU also bears any license fees incurred and pays out 20 percent of the fees collected to the theaters. In the case of videos available for a short time, the uploaders receive 95 percent of the revenue, pay a basic flat fee and 50 cents per ticket to SPECTYOU. This category in particular has come about because of Corona: Theaters have little other way to present themselves currently. Theater must continue to live. The revenues that stay with SPECTYOU go into the maintenance as well as the further development of the platform, for example in technical tools for hybrid formats, community functions, extended search function, pedagogical and scientific extensions as well as a Europe-wide multilingual release with subtitle options.

CCB Magazine:Performances of any kind are also available on media libraries like Arte - in very good quality and good camera angles. Is that competition for you?

Elisabeth Caesar:We don't see any competition in this. On SPECTYOU, theater can be made much more interactive: With a live chat function and a conferencing tool, viewers have the opportunity to actively participate in the theater. SPECTYOU also sees the catalog as a walk-in archive. The plays can be accessed for as long a period as possible, unlike the familiar media libraries. Our goal is to create a holistic platform where theater professionals, students, educators, scholars, and anyone interested in theater can create profiles, network, and exchange ideas about art, where you can track who worked with whom and when, and where you can also view background information, such as program notes.

On SPECTYOU, theater can be made much more interactive: With a live chat function and a conferencing tool, viewers have the opportunity to actively participate in the theater. SPECTYOU also sees the catalog as a walk-in archive

CCB Magazine:There may be 1,000 stages and 65,000 or more theater professionals, but then the crème de la crème is much smaller. Don't people only want to see what really stands out?

Elisabeth Caesar:From experience I can clearly say: no. SPECTYOU deliberately does not curate plays, because we follow a democratic principle. Well-known groups and theaters stand next to lesser-known groups and theaters. There are different motivations for wanting to see a particular play. Of course, sometimes it is the name of a theater or a group, but often it is also the theme, an actor or simply the curiosity to discover the unknown. When theater only took place in analog form, it was usually the groups and especially the houses that were better off financially that were visited a lot, because there simply wasn't enough time to look around Buxtehude. Now you can do that with a click, and I'm convinced that this new way of exchanging information will mean that more people will travel to lesser-known places in the future to experience high-quality, surprising and inspiring theater.

CCB Magazine:One criticism of the big streaming services is always that there is little left over for the artists in the end. How do artists participate financially in SPECTYOU? And what do you yourselves earn from it?

Elisabeth Caesar:The primary goal is not initially to make financial gains. It's about self-empowerment, about not leaving everything to Google & Co. And the value for theaters also lies in the fact that the platform provides free marketing for theater professionals. We make dance and theater accessible to a broad audience. We have received so much enthusiastic support from so many different sides. That's why we assume that SPECTYOU will also be financially profitable at some point.

CCB Magazine:You visited us at the Kreativwirtschaftsberatung and learned about possible financing options. Which paths did you take afterwards? And how do you plan to finance SPECTYOU in the long term? Do you have a plan?

Elisabeth Caesar:Of course, we have a plan! In the consultation, we worked out a strategy together. However, it turned out to be difficult to get appropriate funding in Berlin. We do not work project-based enough for an art and culture funding and are too technologically oriented for the current funding criteria. Currently we work with a start-up capital corresponding to the size of the project. However, we deliberately refrain from advertising, which we do not consider appropriate in an artistic context. Ultimately, the platform should be supported by subscriptions at some point. We want to provide careful and free support - and that is only possible if we are independent of the interests of large financial backers in the long term.

Elisabeth Caesar:In October, SPECTYOU and our partner "Digitale Bühne" in collaboration with Theater Rampe will host a hybrid festival, i.e. an analog and digital festival. Here we deal with the new digital possibilities and ask ourselves, among other things, as theater makers and as audience members: What tools can be used for what purpose, and what new narratives can emerge in this way? In addition, the "Laboratory" category is to be added to the existing categories. Here I even hope that certain standards will be broken and experimental approaches will enable new formats. Of course, this also includes the camera setting. Especially with purely digital formats, it doesn't have to be a purely "filmed" production. The tendency is much more towards interaction and participation. Many theaters and groups are already thinking about this in exciting ways. We will see.