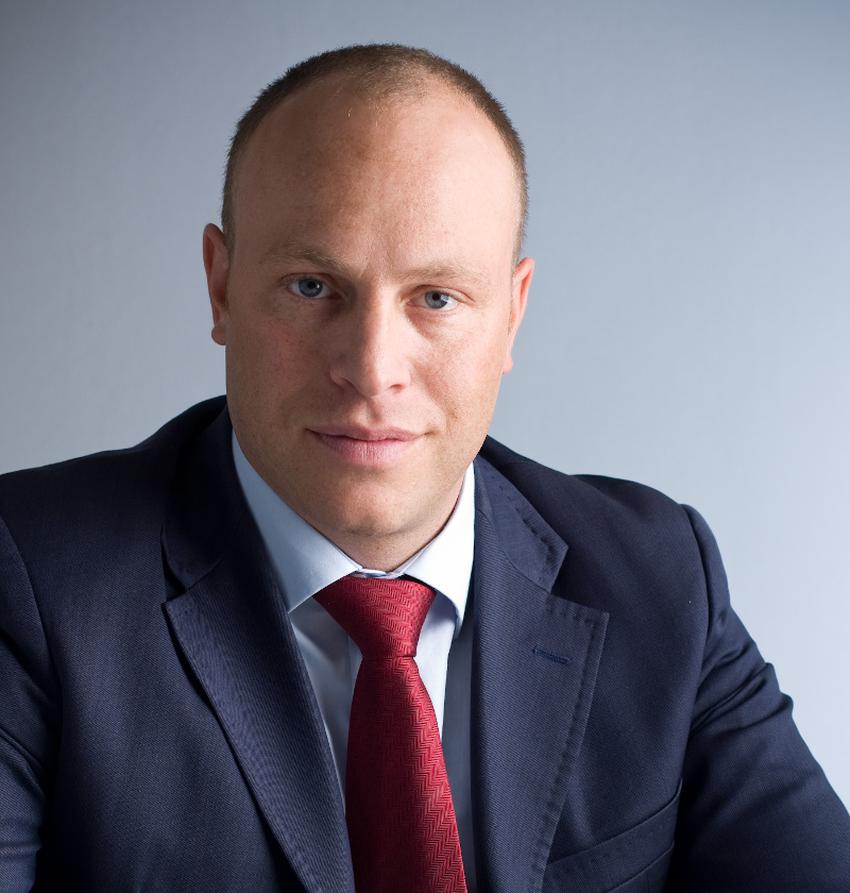 He founded one of the early digital startups in the mid-1990s, worked in management for Universal Music, helped build MySpace in Germany, founded the Green Music Initiative, and did much more. Now, in the fall of 2020, Jacob Silvester Bilabel has initiated the Aktionsnetzwerk Nachhaltigkeit (Sustainability Action Network), a cross-spade contact point for the topic of business ecology for culture and media. How do you build a network like that? And how does it work? We talked to him about it.

CCB Magazine: Hello Jacob. You are a cultural all-rounder and have started various ventures and initiatives. How did that come about and what makes a good networker?

Jacob Sylvester Bilabel: It already started with me in the shared flat. We all lived in shared apartments at one time. I enjoyed that very much. And like in every shared apartment, at some point there's a situation where you're sitting together in the kitchen and one of you says, the refrigerator is broken. Or we have to repaint the bathroom. Or the doorbell doesn't work. And then no one feels responsible and the matter is postponed. And at some point I was the one who made sure that things were tackled. That was the initial impulse for me. In a broader sense, I believe that a good networker should wear many hats and at the same time see himself as a neutral bridge builder. As you just said, I've already done quite a bit and have quite a few hats on. That gives me the chance to talk to actors from science, culture and politics. But I'm not a functionary or a lobbyist, I don't represent any particular clientele. The networks I operate are team-driven networks.

CCB Magazine:In the fall of 2020, you initiated the Aktionsnetzwerk Nachhaltigkeit (Sustainability Action Network), which is partly funded by the Federal Government Commissioner for Culture and the Media. It sees itself as a cross-spade contact point for the topic of operational ecology in the field of culture and media. Why has it only just come into being?

Jacob Sylvester Bilabel:Well, you often wonder why this and that don't exist yet. I recently had an interview with a woman from the energy industry. She asked me what we were doing in the Aktionsnetzwerk and what measures we were taking. She couldn't imagine how sustainable culture could work. And then I described a few measures to her, and she said, yes, but that's just normal energy consulting. And I said, yes, of course, what else. The question is why no one in the cultural sector has asked this question yet.

A good networker should wear many hats and see himself as a neutral bridge builder. I wear many hats, which gives me the chance to talk to actors from science, culture and politics

CCB Magazine:How do you build such a network? What are the individual steps?

Jacob Sylvester Bilabel:Basically, we meet with people and tell them what we do. In the Aktionsnetzwerk, there are two important features that set it apart from others - and that's where the approach comes from. First, we are an action network, which means we do things together with the partners in our network. Second, we focus exclusively on operational ecology. We leave out areas like social sustainability. There are other networks for that. So we cooperate with cultural actors who want to change things in terms of operational ecology. Professor Schellnhuber from the Potsdam Institute for Climate Impact Research once spoke of a club of the willing in this context. Our partners are very diverse, including the German Museums Association and the German Federal Film Board, but also the Humboldt Forum and the Fete de la Musique. They are all united by the will to want to change something.

CCB Magazine:How big is your team? What are the tasks of the employees?

Jacob Sylvester Bilabel:We have defined three major blocks in consultation with the Federal Government Commissioner. The first consists of the pilot projects with our partners. The second is the further training we offer to become a transformation manager, and the third block is a CO2 calculator sponsored by the E.ON Foundation, which is currently in the test phase. At the moment, we are four people who take care of everything. The basic skill is classic project management. Each person has a specific project responsibility, and the ways to achieve the project goals are left to the discretion of the individual. One of them, for example, takes care of the continuing education program that we offer together with the Cologne Chamber of Industry and Commerce, while the other is responsible for the CO2 calculator. And then, of course, there are classic tasks such as accounting.

The Aktionsnetzwerk Nachhaltigkeit focuses exclusively on operational ecology. The partners we work with are diverse, ranging from the German Museums Association to the Humboldt Forum or the Fete de la Musique. They are all united by the will to want to change something

CCB Magazine:And what does your daily work look like?

Jacob Sylvester Bilabel:My typical workday is divided into three areas. One part consists of communication, meetings and many, many emails. The second part consists of paperwork - documenting projects, project proposals, things like that. And the third part is thinking, planning, coming up with ideas. For that, I like to go for a walk on the Invalidenstraße cemetery. Every morning. I'm almost alone there.

CCB Magazine:There are now several CO2 calculators. What is different about yours?

Jacob Sylvester Bilabel:Basically, they all follow the same principle. It's not an overly complicated thing. The operational ecology of a theater is not fundamentally different from the operational ecology of a paint shop. The big chunks, energy, buildings, logistics, etc., are the same. There are many calculators, but they are often from non-industry compensation providers who also have a business interest. But there are also good calculators, for example the one from the Federal Environmental Agency, but it is only useful for parts of the cultural sector. Our calculator, which we took over from the Art's Council / Julie's Bicycle in England, adapted for Germany, on the other hand, was developed specifically for the cultural sector. With 5000 data sets already evaluated, it is an easy-to-use tool for calculating the carbon footprint of cultural institutions. Our calculator offers you not only absolute values but also relative values, for example broken down to the number of square meters of stage, to the number of performances or to the number of visitors, so-called key performance indicators with which you can better plan your measures. Our calculator gives you the possibility to compare different theaters in relation to each other. No other calculator can do that yet.

CCB Magazine:Will your CO2 calculator have a central database where you can compare values?

Jacob Sylvester Bilabel:No. This is not meant to be a consumer product or a journalist's product where you point the finger at a cultural institution and say, look how bad their carbon footprint is. The data can therefore only be viewed by the respective users. The primary aim is to see where one stands as a cultural institution and to have a picture of our own climate footprint. The benchmark data will therefore only be available as part of a user agreement.

CCB Magazine:Let me put it simply: the big issues of the energy transition must be solved through innovation in the technological field. Energy generation and storage, building efficiency and mobility - that's a matter for business and research. What can culture contribute to this? And what are the limits of a network like yours?

Jacob Sylvester Bilabel:85 percent of the emissions of culture are identical to all other professions, that affects the items you mentioned. But it's not true that culture has no influence on it. One of the big energy guzzlers is cooling and ventilation, for example. With an efficient system, that can be greatly improved. Now you say, yes, but the technology needed to do that doesn't come from the culture. But if you now know, in a museum, a lot of energy is consumed by cooling and ventilation, then you have identified a specific lever to work with here. It also takes new narratives to get away from the fear of abandonment. By new narratives, I mean what social experiments are needed to raise awareness of the problem of climate change and create a positive mood of attachment.

CCB Magazine:Let's have an honest assessment, please: How great has the response been among cultural and creative professionals so far? How do they accept your network?

Jacob Sylvester Bilabel:The response is very good. It's quite simple: Those who are interested approach us. We already have 30 partners from a wide variety of fields, from opera to museums, from festivals to film promotion, and from libraries to chambers of commerce.

CCB Magazine:What is the biggest obstacle to a greener creative economy? Is it a lack of will or a lack of money? Or is it ultimately the technology, which is still too inadequate?

Jacob Sylvester Bilabel:The creative industries are a very heterogeneous sector with many subsectors. There are individual innovators there who have decided to take on this challenge proactively. Because: despite the urgency of the climate crisis and clear national targets for CO2 savings, there are practically no regulations and framework conditions for the individual companies that require and encourage these innovations. These processes are therefore (still) voluntary. Conversely, there are also funded cultural institutions that cannot go a millimeter on their own and change very little. The technology is there, the will is not always. There are also certain structural problems. I'll give you an example: many want to change something, but the building in which they hold events belongs to the city, the municipality, the state - and so they can't simply change what they want. Overall, however, I see the creative sector as very innovation-driven.

CCB Magazine:What else do you plan to do with the Aktionsnetzwerk Nachhaltigkeit?

Jacob Sylvester Bilabel:The goal is to build even more stable bridges between culture on the one hand and science and research on the other. Hydrogen technology, more efficient cooling systems, a smarter energy supply - these innovations need to be more visible and used. This requires stronger networking.

CCB Magazine:Jacob, I hear you are a passionate surfer. What was the biggest wave you've taken so far?

Jacob Sylvester Bilabel:Oh, that was in Morocco, Taghazout. It must have been five meters high! Unfortunately, I'm only an intermediate surfer. But who cares.