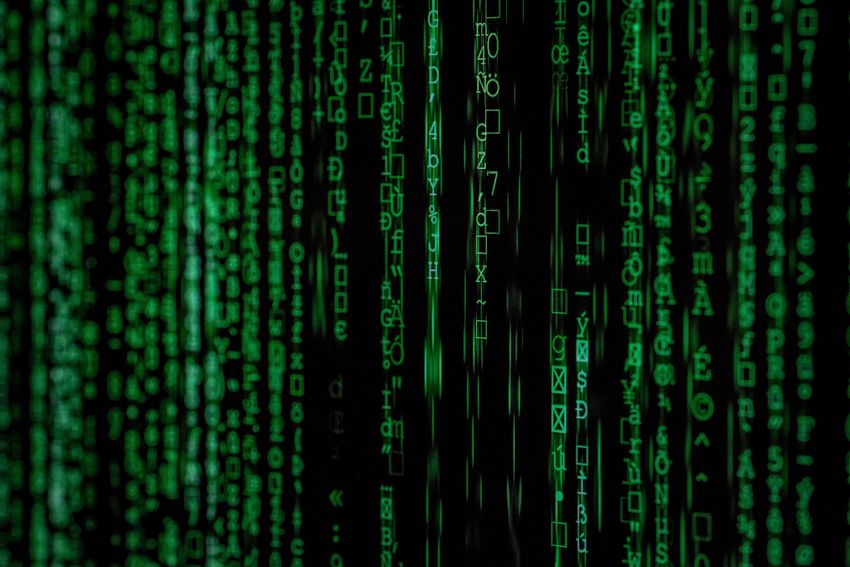 Is Web3 the new big thing? That was also the topic at this year's re:publica. The buzzword Web3 refers to the idea of a decentralized, fair and more participatory Internet that is supposed to replace the current Web2 and offer new opportunities, especially for creative professionals. Some think it's mumbo jumbo, others think it's the greatest vision on the digital horizon. Here we try to give an overview of the topic.

Elon Musk thinks it's nonsense, an idea that is more marketing buzzword than reality. And Jack Dorsay, software developer and co-founder of Twitter, doesn't believe in the promise of a more decentralized, freer Internet, either, and even sees the danger of its capture by a few financially strong venture capitalists. The talk is of Web3, which, according to its visionaries, is set to change the Internet from the ground up. Are we on the verge of another paradigm shift, or is it all just mumbo jumbo? And what would a real Web3 mean for creative professionals?

Let's take a quick look back. It's 1995, Bill Gates is sitting across from famous late-night show host David Letterman, telling him what makes Microsoft so successful. Then Letterman asks, "Bill, what about this Internet thing, what the hell is that exactly?" - "Well," Gates patiently replies, "it's a place where people post information, where anybody can have a home page and get the latest information. You can send people electronic messages. It's the new big thing." - "Yeah," Letterman says skeptically, "but listen, there was a big breakthrough announced a few months ago, they said you could now listen to baseball games on your computer. And I thought to myself, does radio ring a bell?" - "Yeah, but the difference is, you can listen to the baseball game any time you want because it's stored in the computer." - "Does tape recorders ring a bell?"

This three-minute clip on YouTube gets to the heart of the matter: Technologies that change our lives from one day to the next are usually only understood by a handful of people. Tinkerers, nerds, developers try out new concepts and ideas, and sometimes they come up with technologies that turn everything upside down. The majority of humanity only understands this when they have become an unthinkable part of their lives. What would life be like without computers, without the Internet? The question is pointless because no one asks it. From the point of view of its proponents, Web3 now promises to be another paradigm shift. It is still a vague, hard-to-define term under which all sorts of ideas are subsumed; on the other hand, there are already experiments in Web3 that demonstrate its strengths and weaknesses. The Internet is a young technology that has made rapid progress over the past thirty years. While Web1 (circa 1990 to 2004) was just a collection of static web pages for pure information dissemination with no sharing capabilities, Web2, which we use today, evolved into a more complex entity. Web2 is dynamic and interactive, content can be generated by users - this can be homepages, blogs or podcasts. But often it is content that is shown via large platforms like Facebook, Twitter, Instagram, Spotify or YouTube. The business model of most tech giants is based on selling advertising on their platforms and offering their users services in exchange for their data or, like Airbnb and Uber, charging fees for their brokerage services. This is where the idea of Web3 comes in - as a critique of platform capitalism.

Web3 not only offers artists and creators new monetization opportunities, it also promises a whole new connection between recipient and creators of artistic content

This is also the view of Eric Eitel, who together with Andrea Goetzke curated the Web3 Trial & Error Space for re:publica. The central question of the program section: What possibilities does Web3 hold for cultural workers, musicians and artists? "My impression right now is that Web3 is primarily a critique of Web2," he says. And: "Since the beginning of the Internet, there was the idea of creating a decentralized network where everyone could exchange information with everyone else. That was, after all, the basic idea of the Internet." The problem is that the tech giants, who rake in most of the value, have put a crimp in that possibly utopian idea. "All the platforms," says Eitel, "not only pay badly, but they also only run on the production of the cultural creators." Web3 could provide for a fairer monetization of cultural assets, whether in the form of art, music or something else. The basis of it all could be blockchain technology, with extremely resource-intensive blockchains (e.g., the common Etherium blockchain) and blockchains aimed at sustainability. According to Eitel, blockchains or other technologies aiming at decentralization should establish a direct and transparent link between user and creator. And what does that look like in reality?

Trading NFTs is currently the most tangible application of Web3. NFTs, says Eitel, offer "new ways of monetizing artistic content and relating to recipients and fans." NFTs can be traded on digital marketplaces like Open Sea, but there are many other possibilities. One is twelve x twelve, an NFT trading platform for artists and musicians. On it, you don't necessarily have to pay with a cryptocurrency, as is usually the case; euros also work - so the value of an NFT remains relatively stable, because cryptocurrencies fluctuate greatly in their rates. Jan Denecke is co-founder and CEO of twelve x twelve, he sees NFTs as a proven means to strengthen the "connection between artist and community". For example, in the form of a share token, which is an NFT that, according to Denecke, "gives the fan the opportunity to earn money from the artist's sales. Here, the fan can support his artist by purchasing tokens (NFT) and at the same time earn a share of the artist's success." Or lose if the success fails to materialize. Eitel also refers to this idea as a "new patronage." At first glance, the principle is reminiscent of the stock market, except that instead of betting on a company, you bet on an artist. It works similarly with an artist's NFT - a digital work of art, piece of music, video, etc. - that is bought by a fan: if the value of the NFT rises with the value of the artist, it can be sold for profit. 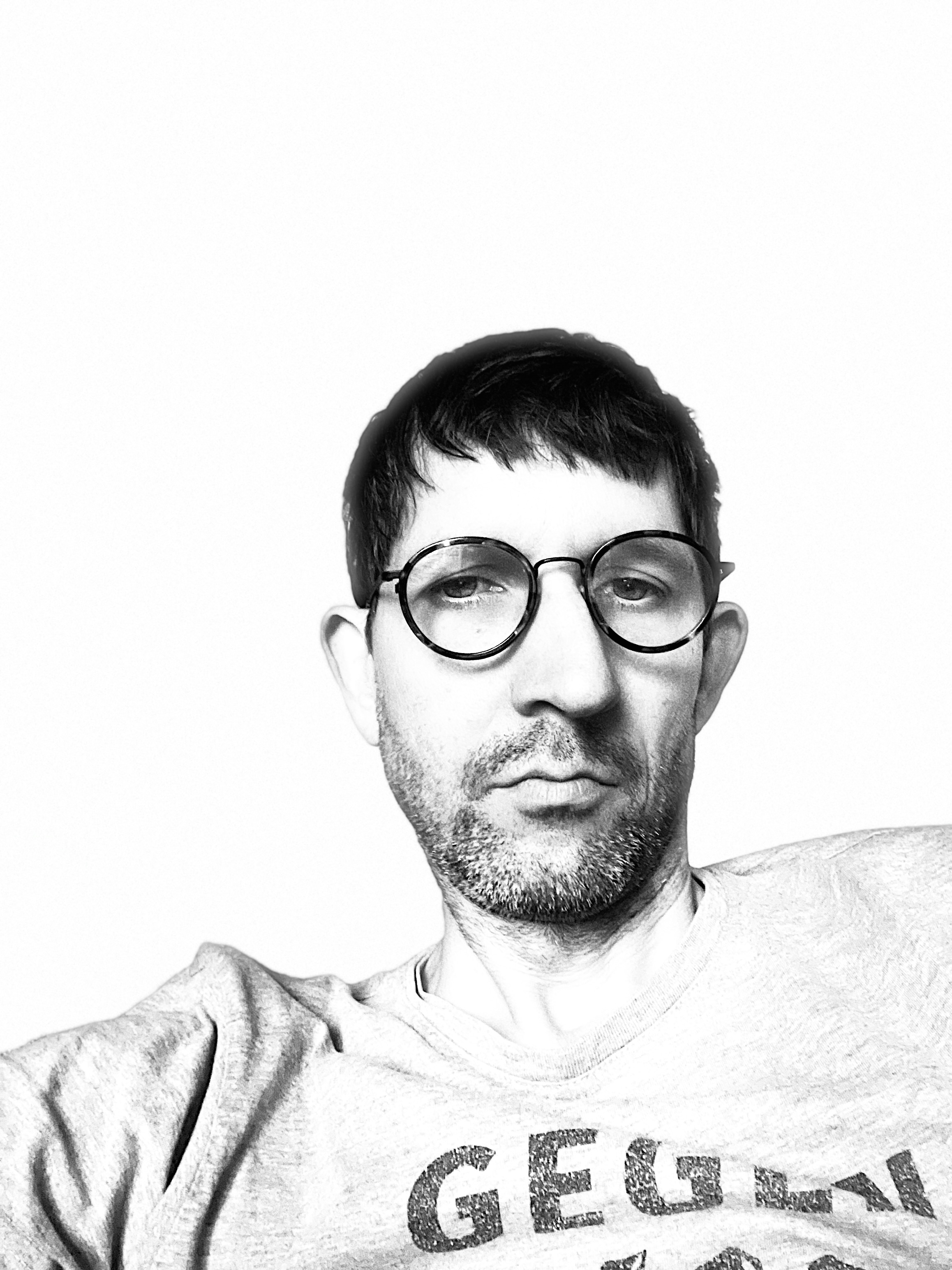 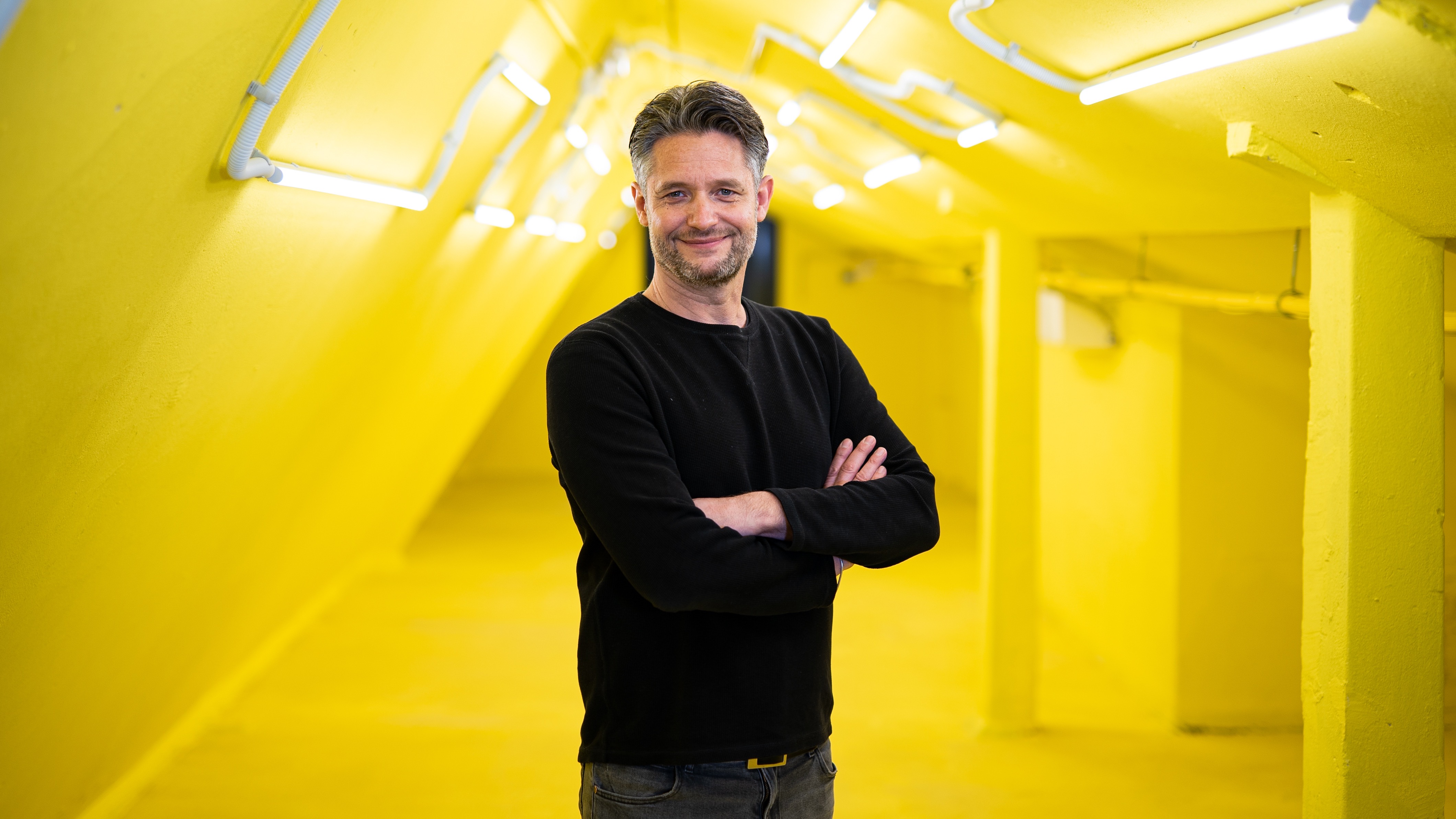 Another application of the Web3 are so-called DAOs - decentralized autonomous organizations that function similar to a cooperative, only digital. DAOs are organizations governed by "smart contracts" (automized protocols) that run on a blockchain - controlled by the members and without a board of directors. Smart contracts enable the execution of trusted transactions and agreements between different parties. Through tokens or NFTs, one becomes part of a DAO. The principle idea behind this is to make projects, decisions or voting procedures more participatory and egalitarian, i.e. without a board or group of actors calling the shots. However, this also means that there is no clear direction. Projects can be more unbureaucratic and direct via DAOs, but they are also vulnerable to speculation or hacking. The best-known example is "The DAO," a venture capital platform for commercial and non-profit ventures that was implemented via crowdfunding. It was the most successful crowdfunding campaign in the history of crowdfunding; by May 2016, the platform was worth more than $150 million with over 11,000 individual investors. The end of the story was that hackers siphoned off a third of the fund in June 2016 and the community of "The DAO" decided to restore the value of the fund at the expense of all participants. Trust in the DAO was shattered - and it was history.

As much as the criticism of gatekeepers or intermediaries like the big tech platforms may be justified, the criticism also shoots in the opposite direction. Eitel says that critics of Web3 would just lament the "total valorization of the immaterial." After all, the idea of an egalitarian Internet is not just about artists necessarily getting a bigger slice of the pie (which they baked themselves, to stay in the picture). It's about data in general, produced by users and uploaded to the net: even those, some go on, should get a value in a fair, equal, transparent Internet. This value can be paid out in cryptocurrency, for example. It doesn't get much more concrete than that (yet). What is already clear is that anyone who wants to experiment with Web3 applications such as NFTs will have to overcome many technical hurdles, and, says Eitel, "you have to get to grips with the subject." Workshops, introductory events and the like can make this easier; Eitel cites Music Pool Berlin and Music Tech Germany, which already have offerings on this topic.

So much about Web3 still remains very vague and obscure. And then there is the criticism, such as the reference to the legal non-binding nature and unenforceable power of disposal of digital tokens. The inequality of ownership in the analog world, critics say, simply carries over into the digital. In addition, they say, the anonymity of users is at risk. Not to mention the high energy consumption caused by cryptocurrencies. Perhaps the visionaries of Web3 see something that the rest of us cannot. Or maybe it will just remain a pipe dream. The future will show. 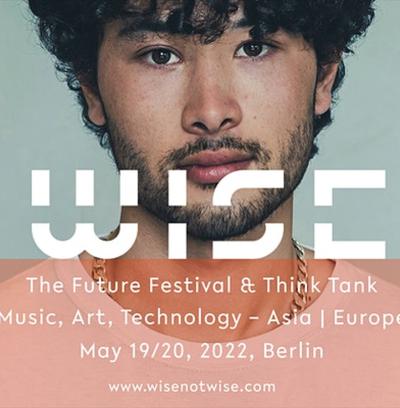 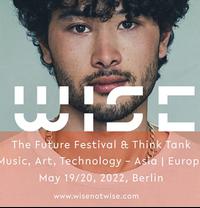 WISE is a festival at the intersection of music, art … 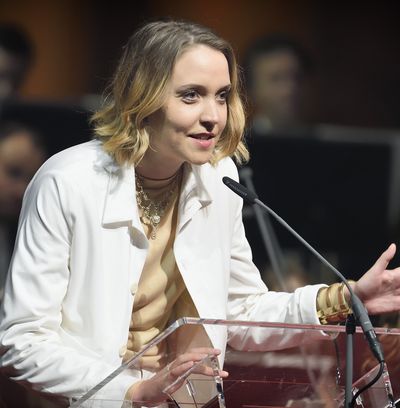 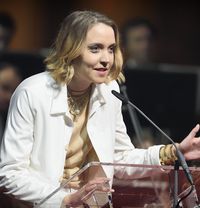 The fashion world causes billions of dollars in environmental damage … 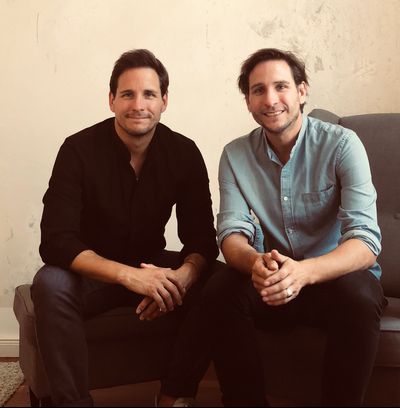 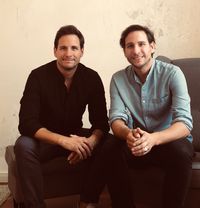 The tendency for large companies to buy up smaller ones … 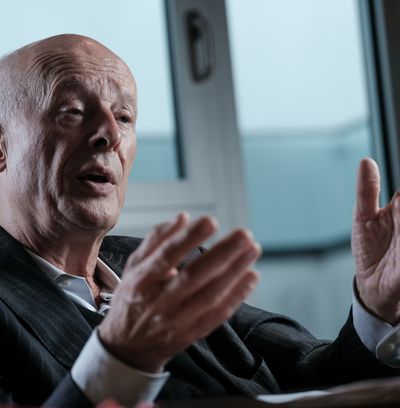 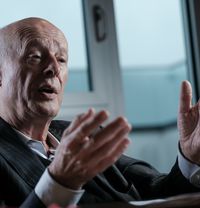 Hans Joachim Schellnhuber: "We have one decade left"

Hans Joachim Schellnhuber is one of the world’s most renowned … 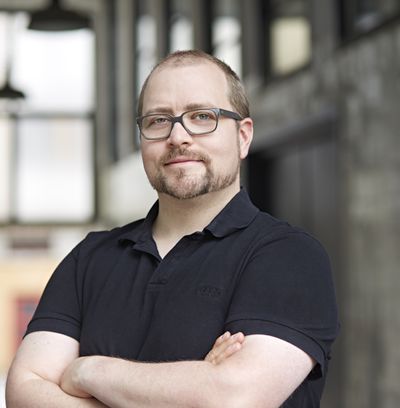 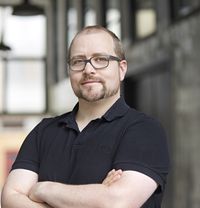 He wants to counter Amazon with an alternative that is …