There is an average Russian city where the flight of time has stopped. Samara, my hometown is a racy city, which nevertheless seems faceless. From time to time, something is created there and something is destroyed. It is messy and full of contrasts, being simultaneously heavy and light, rich and poor, beautiful and ugly. It is the quintessence of the most common city in the world. It has everything and nothing. I get amazed and excited by such places. Women form the most brilliant representation of this place. Life in such a city is not comfortable for a woman, and she seeks to escape, but to escape you need a guarantee that you end up in a better place to live. The fact you are a woman grants you no pleasure and no future. You are constantly confronted with races, showing off and stress of competitions. A woman is supposed to keep level with men, she is a consumer, but at the same time, she is a commodity too. Under the pressure of society and especially of her own, she lives in a constant state of market competition for a place next to the man. Visually there are no men in this series. They dissolved in the surrounding atmosphere. Yet we feel their presence and influence at every turn. They show up clearly in the frozen architecture, ringing emptiness and condensed air. Underwear here serves as a symbol of our last protection. Every woman is supposed to exhibit herself as a commodity, but at the same time, she tries to maintain her dignity. This is a boundary between freedom and subjection. 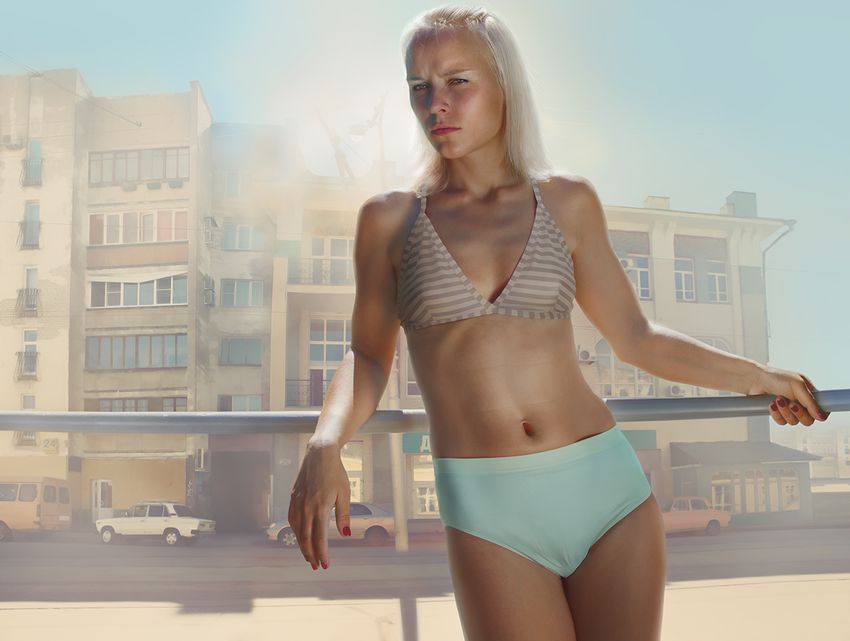 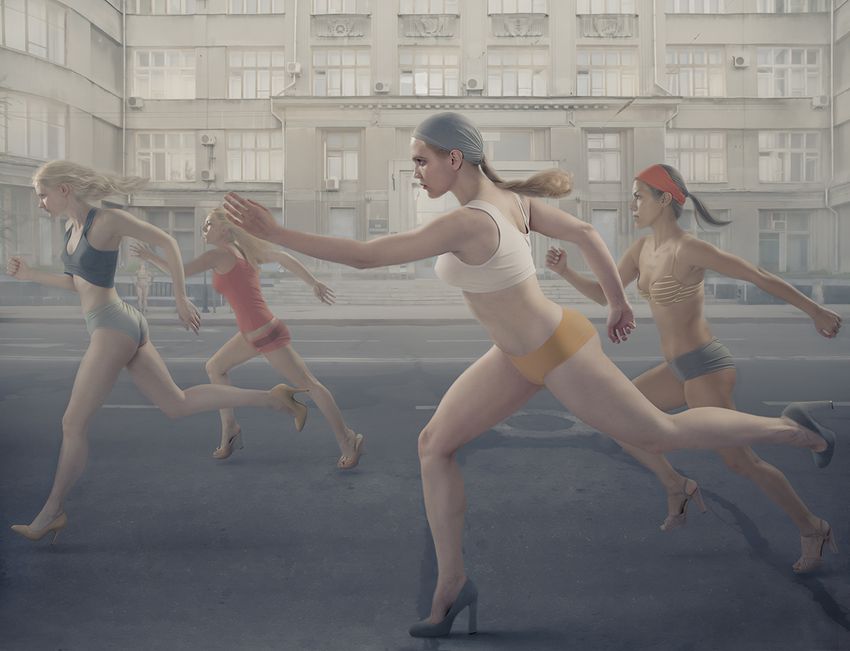 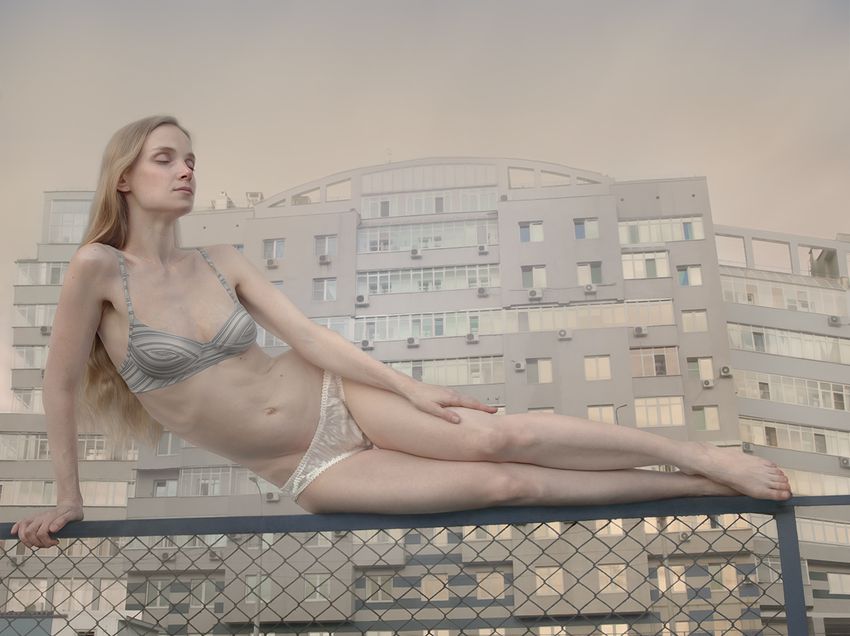 The House on Maxim Gorky Street 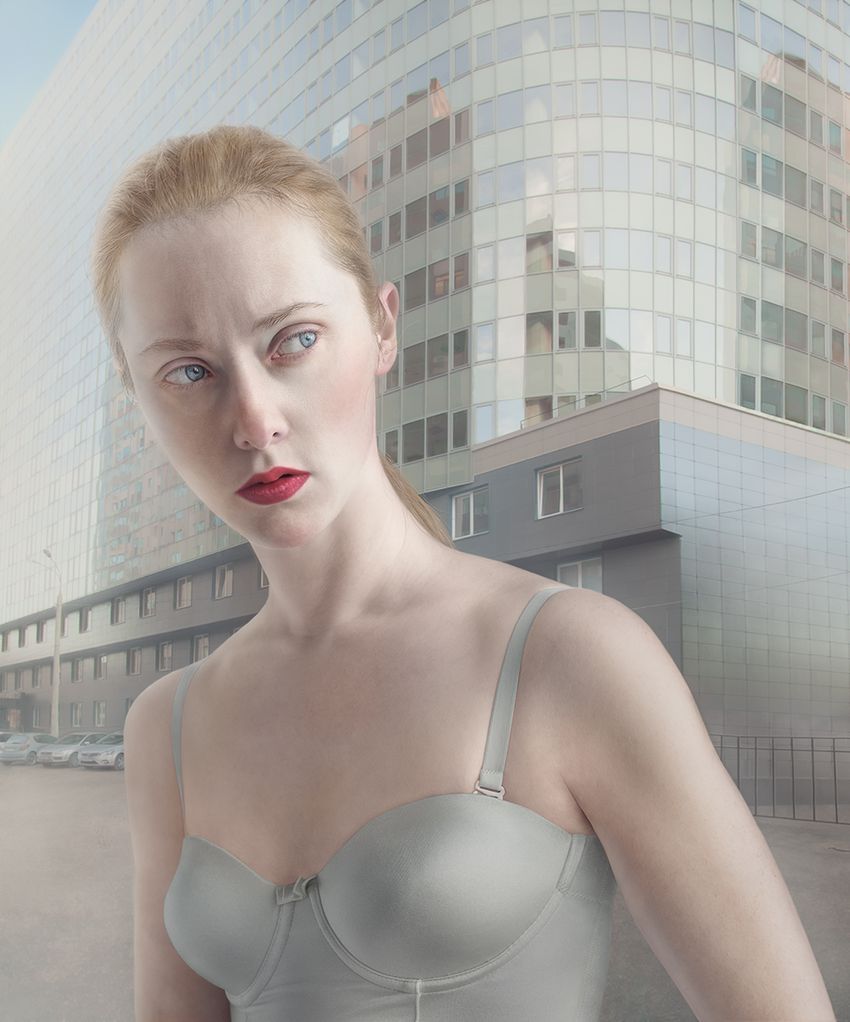 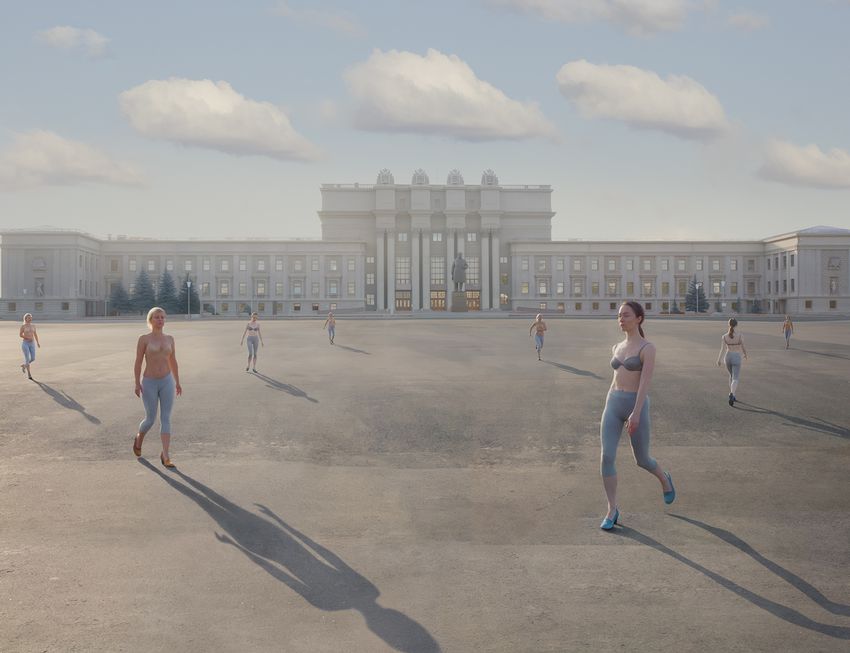 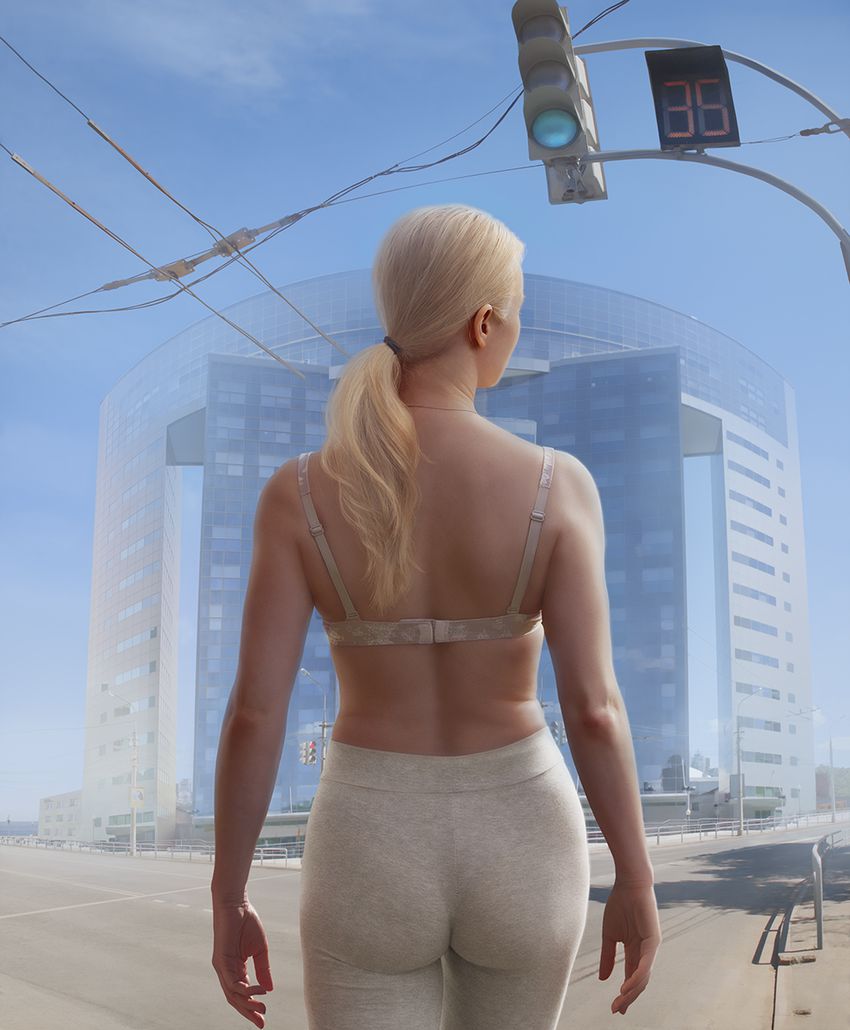 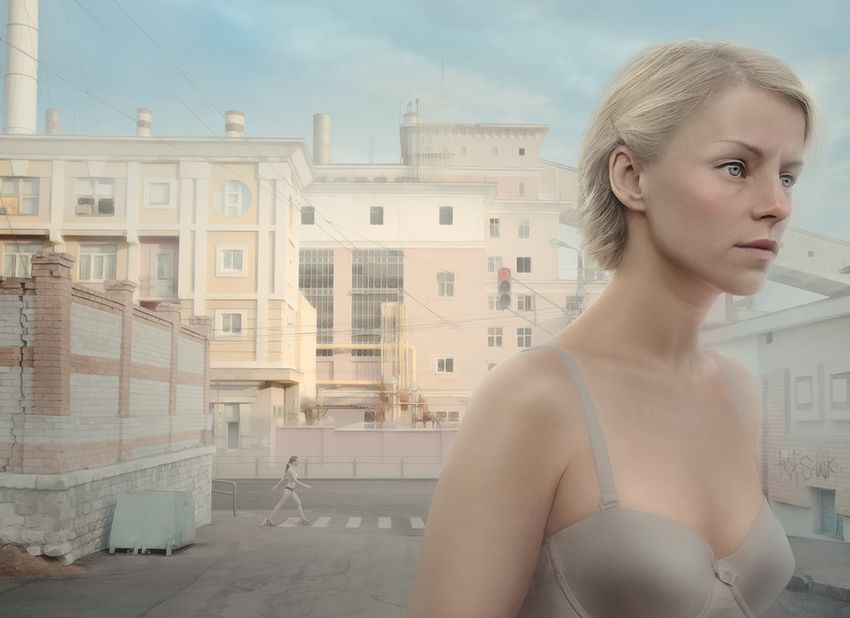 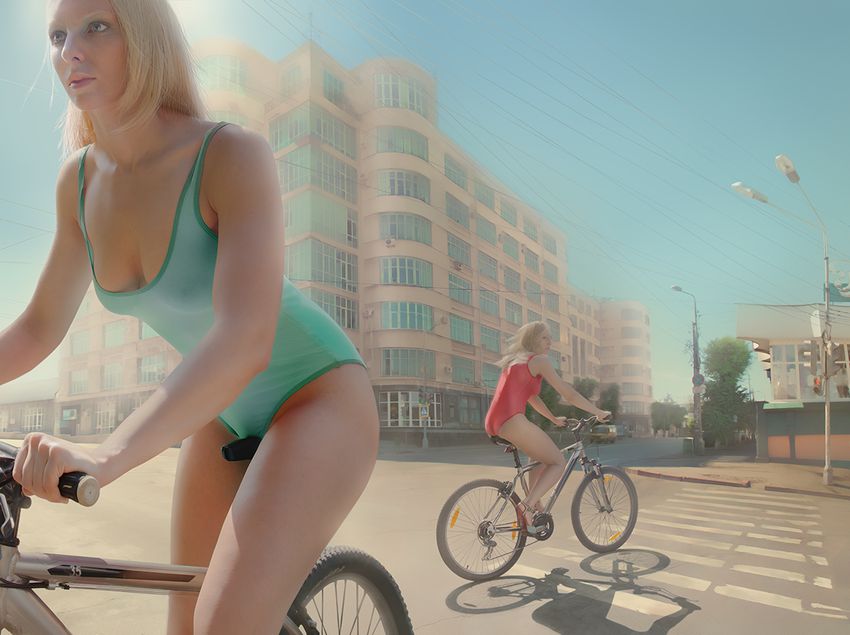 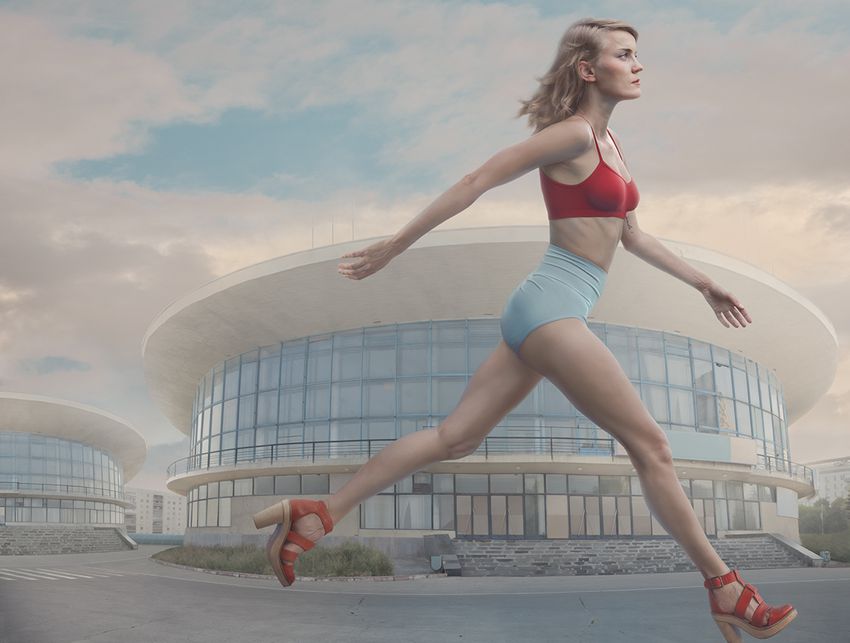