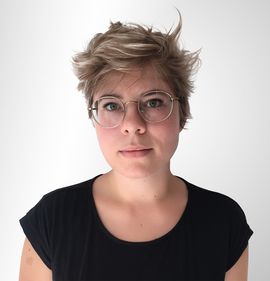 The urban AR lab is an experimental workspace developing sensorkits and tools that make invisible phenomena like pollution and (digital) infrastructures in the city tangible through augmented reality and sound. The project was developed during Stadttfinden Festival which took place in September 2017 in old factory building located at the periphery of Leipzig.

As a team of four (Jasper Meiners, Isabel Paehr, Lennert Raesch, Jörn Röder) we developed sensor kits that sent repeated measurements like carbon dioxide, air humidity, temperature and water values to smartphones in Virtual Reality (VR) headsets. By causing changes in the mobile device’s camera image we visualized the invisible and unvisited phenomena of growing cities. To explore the infrastructures providing access to the internet, we built a tool that reads out the names of Wifis that people’s smartphones search for. We invited Stadttfinden visitors into our open laboratory and took them with us on what we called AR walks to re-see and reimagine the urban habitat in performative ways. The walks brought together various people and their knowledges: Local stories about gentrification, broader discussions about pollution and climate change, and decentralization were among the discussed topics.

Since 2017, we have performed and further developed urbARn in exhibitions and during the Gesundheitspavillon festival in Hamburg Veddel in September 2018. 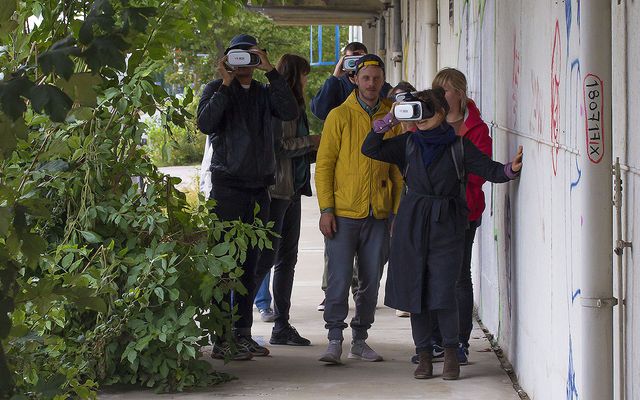 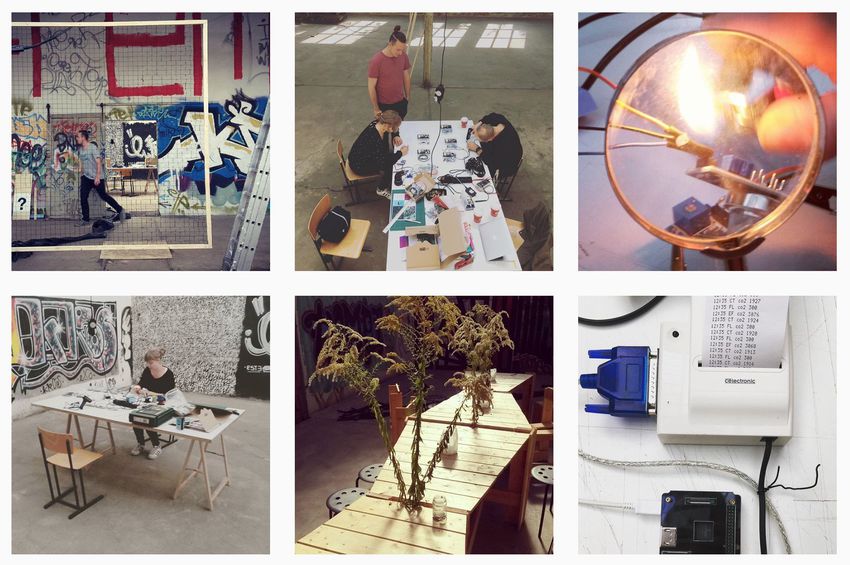