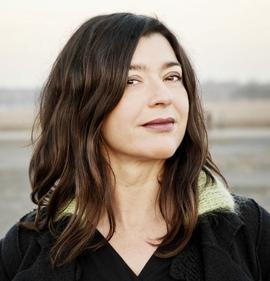 The exhibition opens a space for an interdisciplinary encounter between different forms of visual language. Both artists draw from liminal latitudes, which culminate in artistic interventions in the specific location of a baroque palace. The visitor oscillates between inner and outer space while traversing the suites of rooms, transforming the theme of Embrace into a kinetic and tactile experience.

What do we embrace and what do we not? Where are the boundaries of our movement, our connection, our experience? How do our boundaries impact the space and the time we live in? How do they create it?

Clam Galas Palac was built in the High Baroque style in the Prague Old Town in 1714-18 for Count Jan Václav Gallas, based on a plan by J. B. Fischer of Erlach. The Gallas and Clam-Gallas families, owners of the palace, were lovers and supporters of the arts; the palace became a famous Prague cultural center where theater, exhibitions and numerous concerts took place – with W. A. Mozart and L. van Beethoven performing, among others.

Vanessa Enríquez´s site-specific installation opens a dialogue of genius loci of historical baroque palace. As multi-disciplinary artist she uses ordinary materials in an extraordinary way. The suite of rooms, connected in a line through progressive gates, give rise to different levels of increasing energy and intensity. The journey through the labyrinth culminates in the corner room, which opens towards the small Husova street and the large Marian Square- where an opening it is also an ending.

Petr Lysáček is observing one dancing couple in different points of view through which we perceive a single thing. His narrative depiction is in sequence like scene from a film, focusing on the endless embrace of two people dancing tango. Movement of the body creates a repetition, a topography of the body. Lines and shadows appear conjoining with the space. The artist perceives a sensual moving image as two people become one in the dance. Frameless photographs without boundaries are installed as objects, which are encountered in the space of the palace.

Tango- The Space of the Embrace- performative happening at the opening- June 17, 19:00
The external embrace of the couple in the dance of Argentine tango invites the watcher into ever increasing depths of an inner embrace. Dancing couples in white encircle in each room, creating a labyrinth in which every step decreases in physical space, leading each through consecutive rooms of greater protection and intimacy, to an end - to the center, which is itself another beginning. 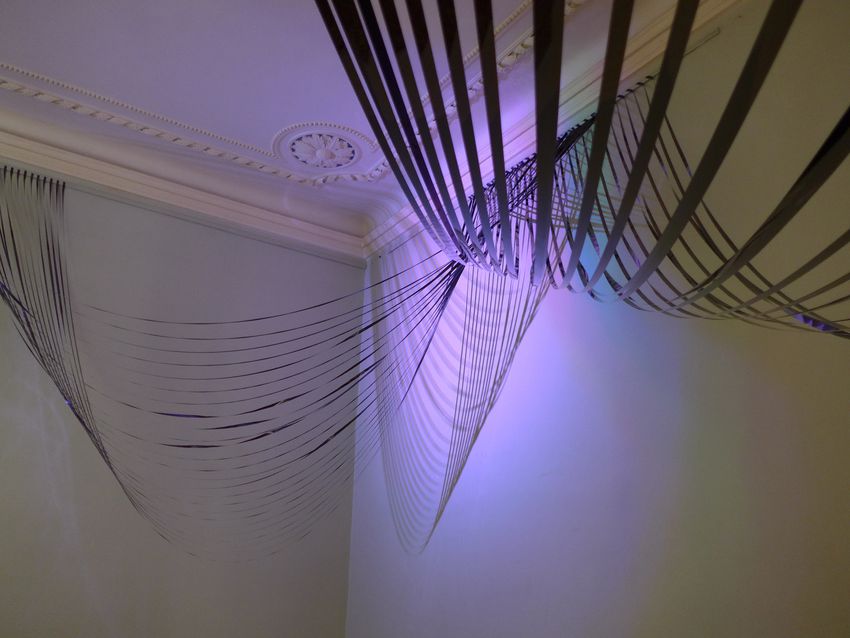 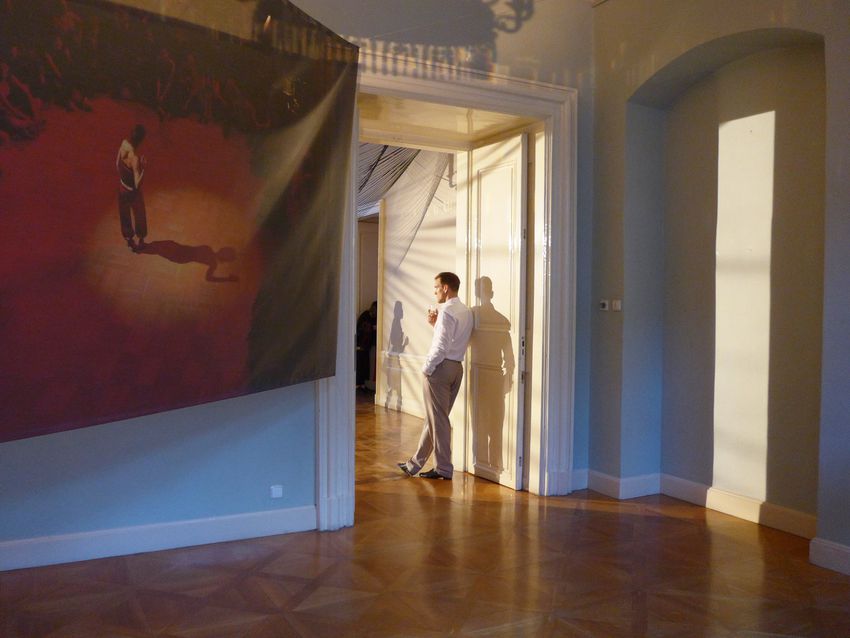 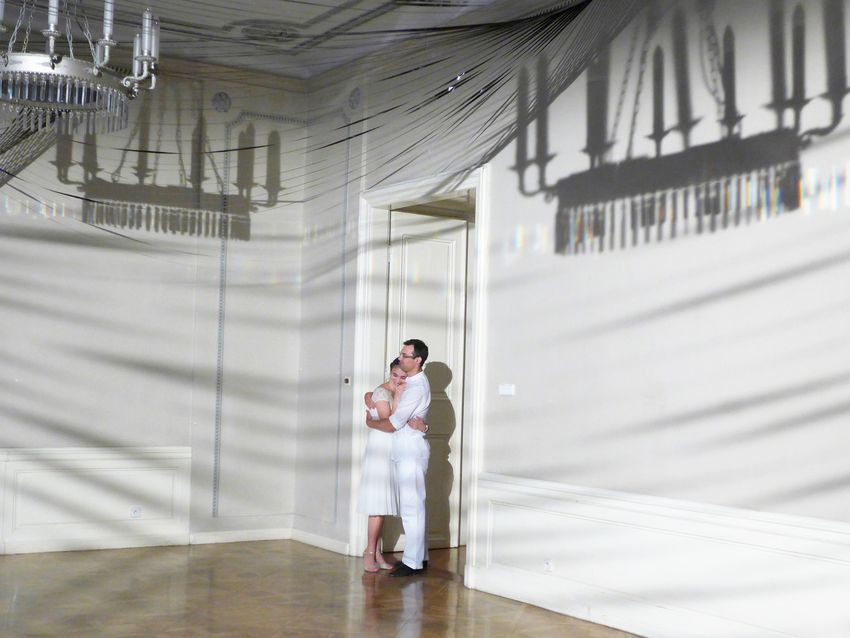 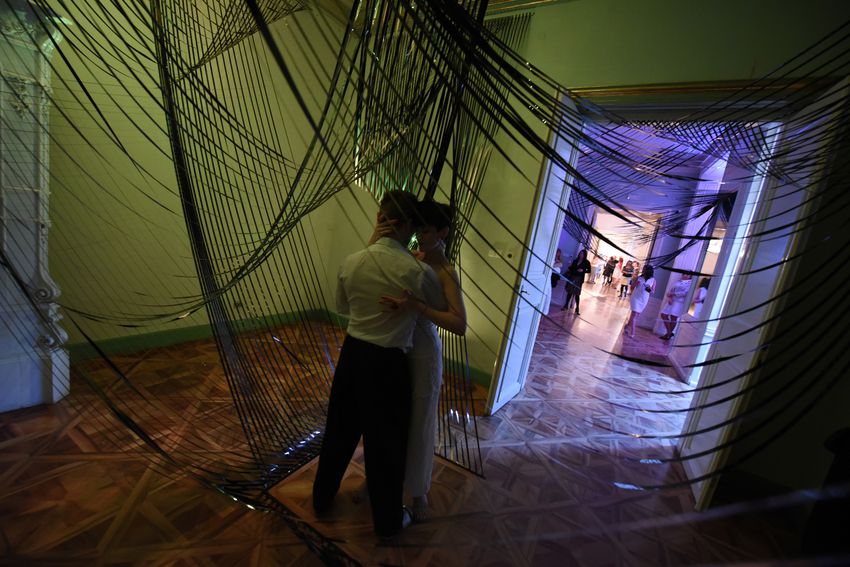