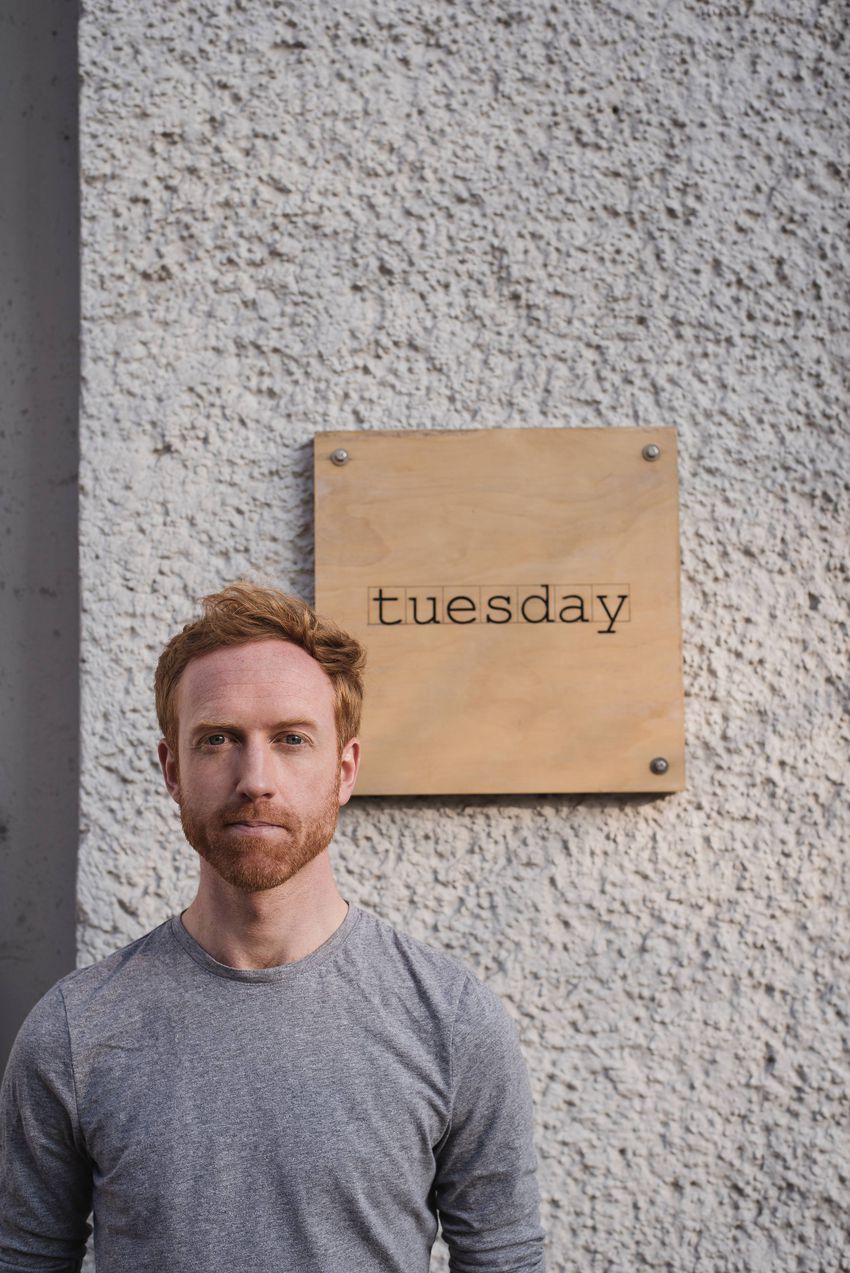 After consulting is before a career: What do creative professionals do after consulting with us? In part 5 of our "Nachgefragt" series, we talk to John Neilan, who launched the "tuesday coworking" space.

Kreativwirtschaftsberatung Berlin: Hello John. Why don't you introduce yourself first?

John Neilan: Hello. I was born in Ireland and have been living in Berlin for 15 years. I have my own coworking space "tuesday coworking". It's a small space in Schöneberg, like a boutique, which I see as a cosy and cultured alternative - quite the opposite of the big players in coworking. Actually I am a translator, I studied German language and literature at the Humboldt University. But my dream was to earn my living entirely through my own coworking space.

Kreativwirtschaftsberatung Berlin: How did you start?

John Neilan:Well, "tuesday coworking" was initially a no-brainer for me, financially I was doing well and I continued to translate. And I already knew coworking from my stays abroad in Cape Town or Taghazout. The only problem was that I had little idea about business: how do I make money with a coworking space? I was faced with a real challenge! But it was worth it. Just recently, we were awarded for the best coworking space in Berlin via Coworker.com.

Kreativwirtschaftsberatung Berlin: You were in our consultation in August 2017. At what point were you at that time? And how could we help you?

John Neilan:At that time, I wanted to know how I could expand. Because my goal was to open a second space. At first, I thought about crowdfunding. So I booked an appointment with Laura Casadevall from Crowdfunding-Beratung Berlin. That was very interesting. But here I realized the real effort behind crowdfunding and what it takes to produce the necessary thank-you notes or a promotional video. And crowdfunding is good startup funding, but it's hardly suitable for financing a coworking space. That's why I went to see Melanie Seifart at Kreativwirtschaftsberatung Berlin. Melanie gave me a super overview of possible funding channels and also gave me names and emails of people from the coworking scene, even some from investors or foundations that invest in coworking spaces. Among them was the Edith Maryon Foundation, which specifically supports art, culture and social institutions. I even had talks with them. Unfortunately, nothing came of it. But I now have an overview of what works and what doesn't.

John Neilan:I have made "tuesday coworking" out of my own strength together with many friends to what it is. That's great. And there is a need for it in Berlin. Even in Schöneberg! In the meantime, we have a real waiting list. "tuesday coworking" is self-sustaining. The problem at the beginning was that I knew too little about starting a business. I am a translator! In the meantime I teach myself everything. Learning by doing!

Kreativwirtschaftsberatung Berlin: On a scale of 1 to "Woohoo": How successful would you describe "tuesday coworking"?

John Neilan:We're not quite Woohoo yet, but we're taking big steps in that direction. If the coworkers are happy, then I'm happy. I still have enough time to become a millionaire, it's all easy.

Kreativwirtschaftsberatung Berlin: Where else are you going with "tuesday coworking"?

John Neilan:There are still many exciting projects that I want to implement! For example, I want to integrate an aquaponic system for fresh salads in the space, and I'm currently in the process of organizing a soccer tournament in which ten different Berlin coworking spaces compete against each other on one day in Berlin. But the most exciting project would be to open a second coworking location - and then a third, fourth, fifth. Or establishing our boutique space as a permanent brand. I'm positive about the future. But you need money to be able to grow. Money and patience, those are the two most important business things.

A good team is the be-all and end-all! Invest time and money in the people who work for you, it pays off in the end

Kreativwirtschaftsberatung Berlin: Do you have any advice to share with others?

John Neilan:A good team is the be-all and end-all! Invest time and money in the people who work for you, it pays off in the end. You can also see from the growing number of coworking spaces in Berlin that the concept works well. But you need a clear plan. In the short time I've been building my space, numerous new coworking spaces have sprung up, but many have shut down operations again. Nothing comes by itself. You have to give customers exactly what they're looking for, and you can't underestimate how long it can take to establish yourself.

More informations of John and the tuesday coworking: www.tuesdaycoworking.com

The interview was conducted by Peter Kessel | Kreativwirtschaftsberatung Berlin