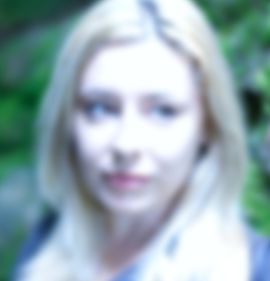 In the extraordinary context of the declaration by the World Health Organization of a pandemic caused by the SARS-CoV-2 virus, in Romania, as in other countries, exceptional measures were imposed. Some of these measures put limitations on nonessential socio-economic activities, or even shut them down altogether. But also restrictions were imposed on the exercise of some fundamental rights, all with the purpose of stopping the spread of the infection among the population. On 16th March a state of emergency was declared in Romania, which led to the restriction of certain rights and freedoms: the freedom of movement, the right to privacy, private and family life, the inviolability of the home, the right to education, freedom of assembly and association, the right to private property, the right to strike, economic freedom.

Some of the measures gradually taken to slow the outbreak of new cases were: the isolation of people coming from countries with a high number of infections with SARS-CoV-2, quarantining of certain areas, shutting down most of the border crossing points, restricting or prohibiting the movement of people and vehicles and instituting a curfew (to a lesser or higher degree depending on the number of cases in an area), banning of all public events in open or enclosed spaces, closing of all schools and universities, with classes being conducted online, reducing nonessential traffic on roads, sea, railroads and air, making it compulsory for every person to fill out a self-declaration whenever they left home etc.

I have an e-mail address registered with Gmail and thus I have access to all applications provided by Google. Google Maps Timeline (GMT) keeps a record of all my journeys, locations, time spent walking, but also journeys undertaken with other means of transport (car, bus, underground, train, plane etc.), registering my position and the places I’ve been to in my Google account, even if I am not using Google Maps, or my location is turned off. GMT allows me to modify or delete all entries from my location history. The timeline is private, only I having access to all the journeys and places I’ve been over the years.

For a month, beginning on the day the state of emergency was declared in Romania, I kept a visual diary which I developed on the subject of the limitation, restriction or even banning of certain rights and liberties, using my private information recorded by Google Maps Timeline. The result of this experiment is comprised of 30 abstract drawings identified as an area or perimeter, based on the maps automatically generated by GMT during my short trips to the shops or walking the dog around my home.

Last year, in 2019, for a period of two months, I used the maps from GMT to make another set of works. I made those drawings as a form of protest because Google had recorded in their application so much data about my trips. I was vexed by the fact that I was felling monitored, but I resolved to use the information Google had stored regarding all the places I’ve been to. Subsequently I discovered I could deactivate this service, but I decided to keep using it due to its utility as a mnemonic trigger.

Then the distances were considerable, I had the freedom to go anywhere I wanted, at any time and for however long, without the need for a self-declaration. Google Maps Timeline kept track of my journeys so I was able to review them under the form of personal maps of intricate shapes. The conclusion of this exercise consists of a series of 70 elaborate abstract drawings, of complex geometric shapes, superimposed, intertwined.

By comparing my activity on GMT, before and after the state of emergency was declared in Romania and the set of measures were set in place to stop the spread of the virus through social distancing, I realized that the “drawing” of my daily activities map was substantially reduced. The maps now took the shape of simple geometric figures, areas of a reduced perimeter or even just lines focused on and around my home, and on some days being non-existent.

As far as I am concerned, Google Maps Timeline has an important role in the preserving and cataloging of my memories, through the automatically generated maps of my journeys during this isolation period. It functions on the principle of conserving memory and the recent personal history of everyday real life.

The drawings objective is to bring into debate subjects concerning isolation, limitation, restriction, prohibition, constriction, by establishing critical perspectives on subtle nuances verging between allowed and forbidden, related to the strict conditions of social distancing as an effect of the pandemic prevention measures and everything that resulted by imposing them, offering an effective framework for discussions, investigations and proposals with regard to a phenomenon that changed the world as I knew it. Silvia Traistaru 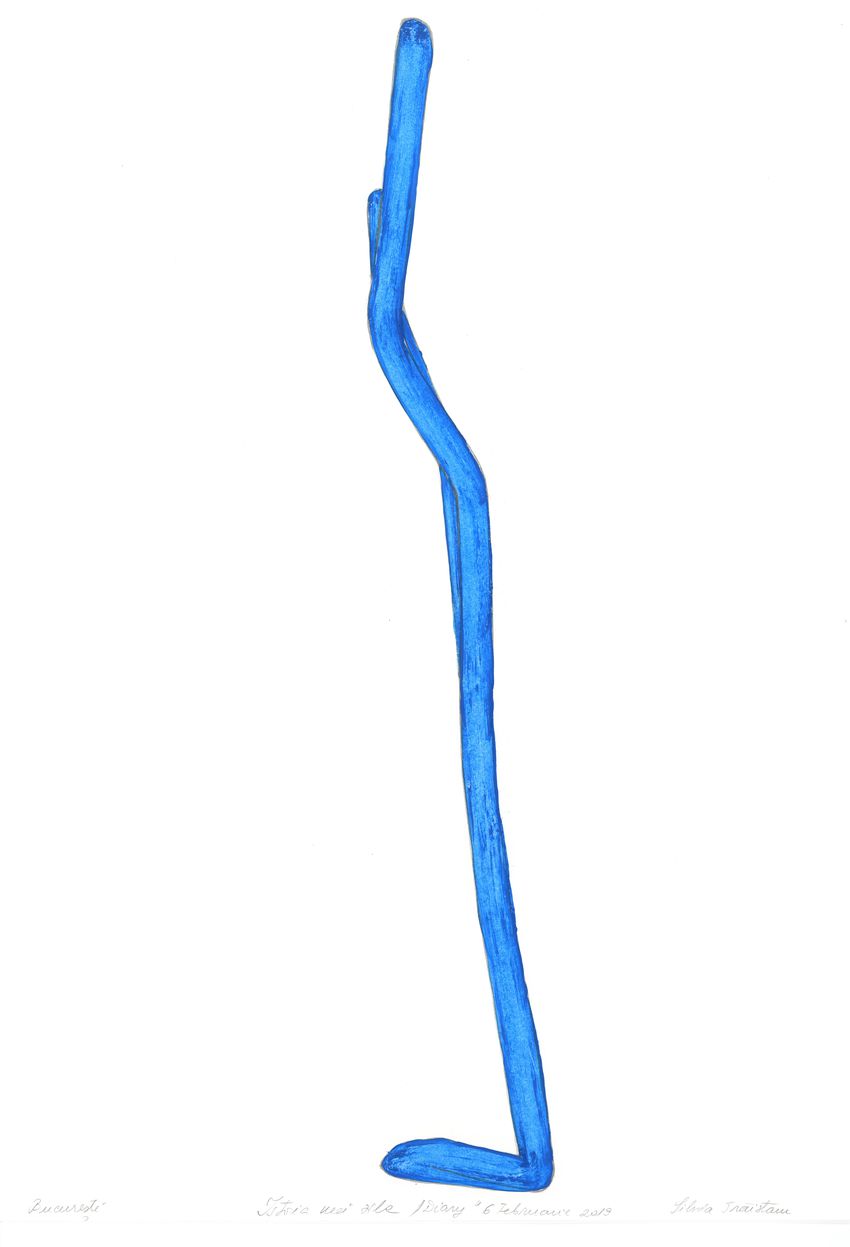 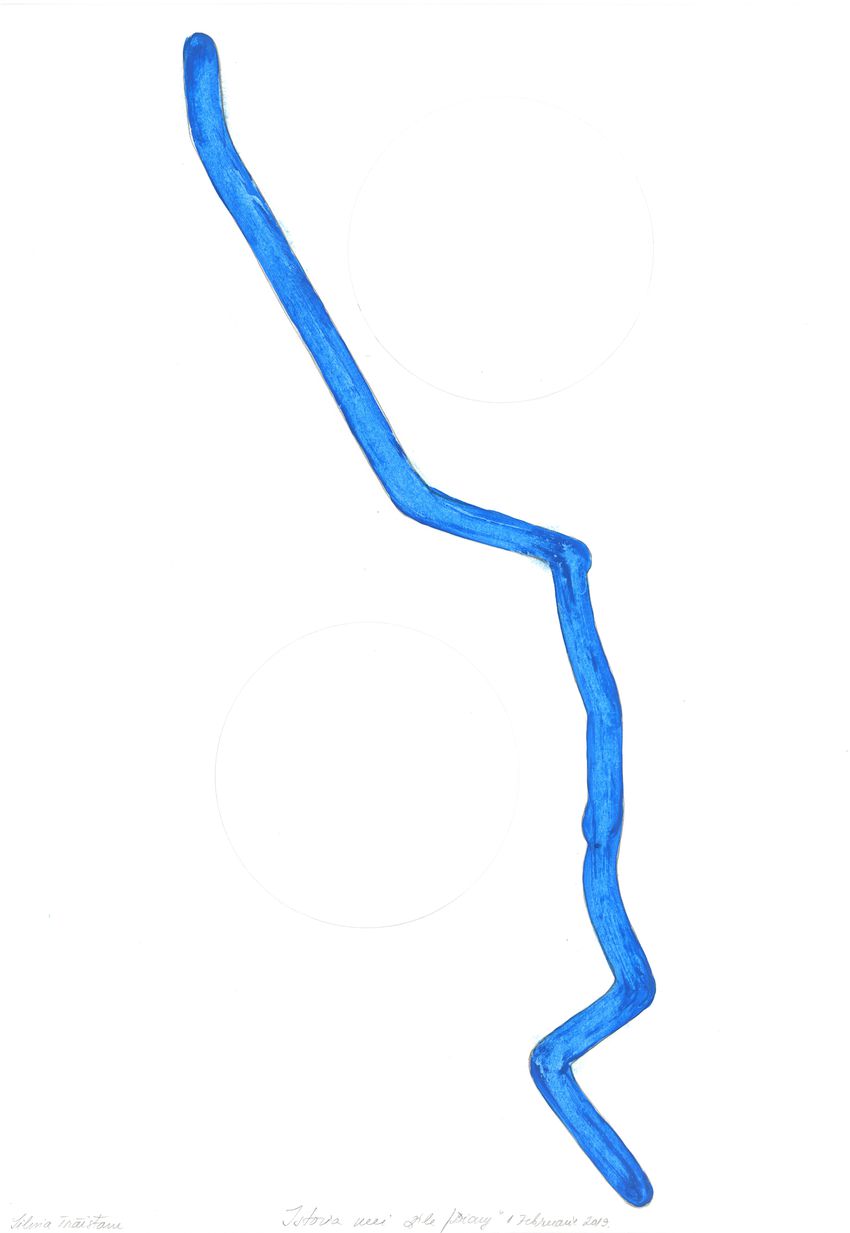 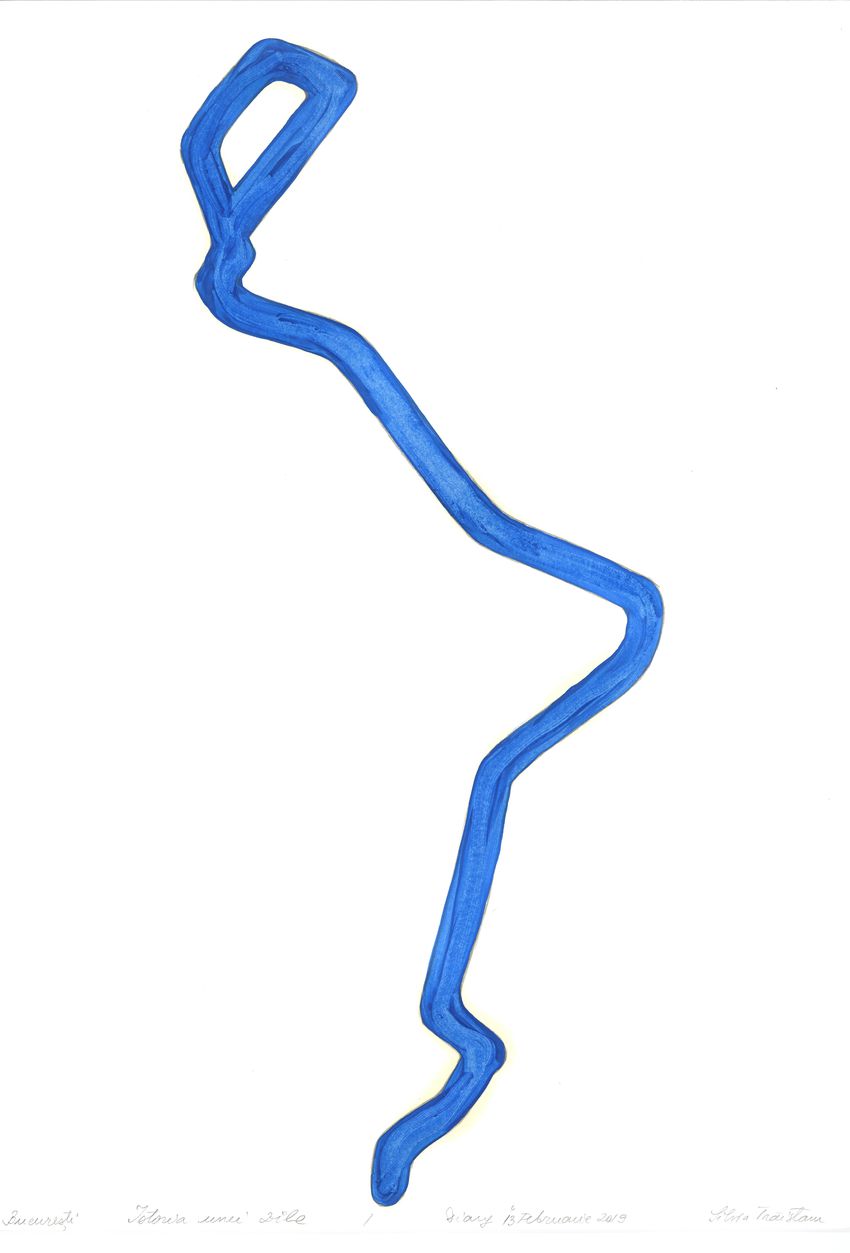 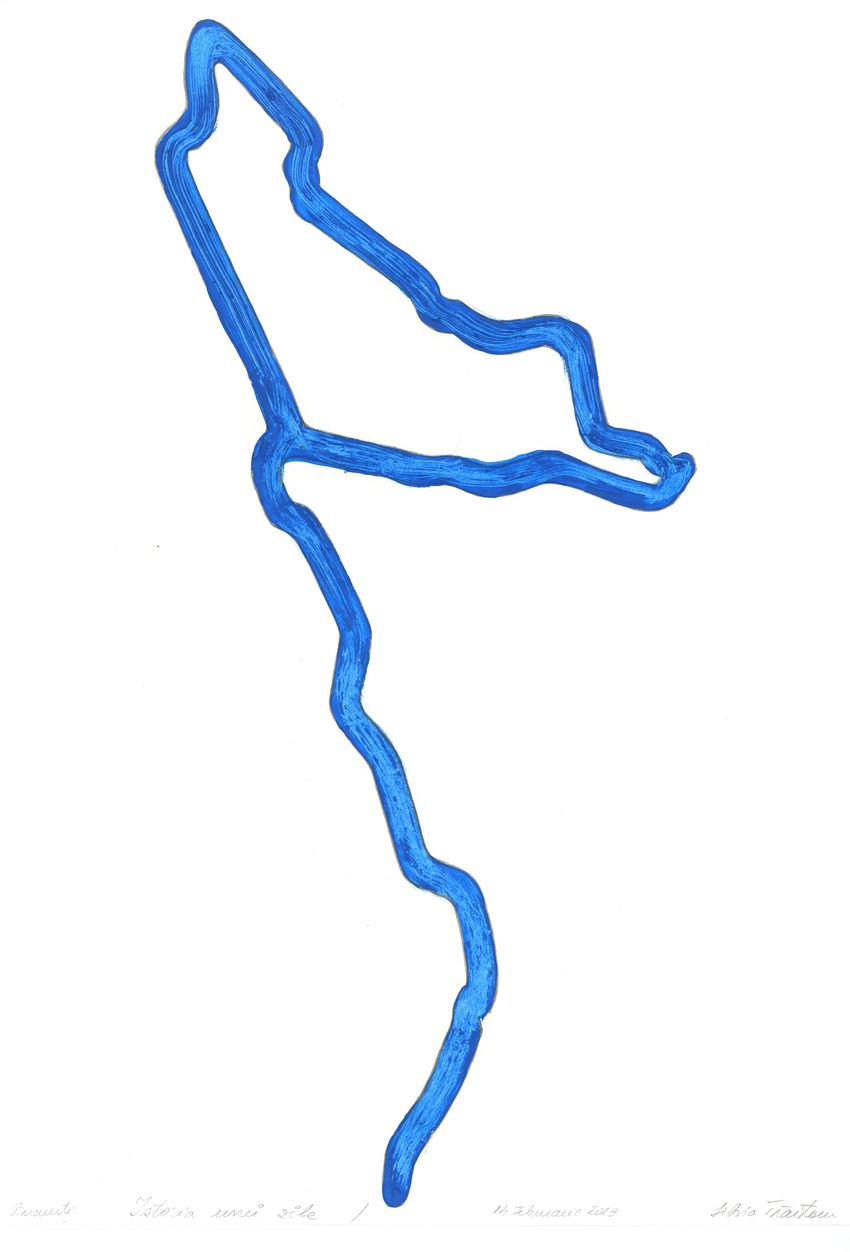 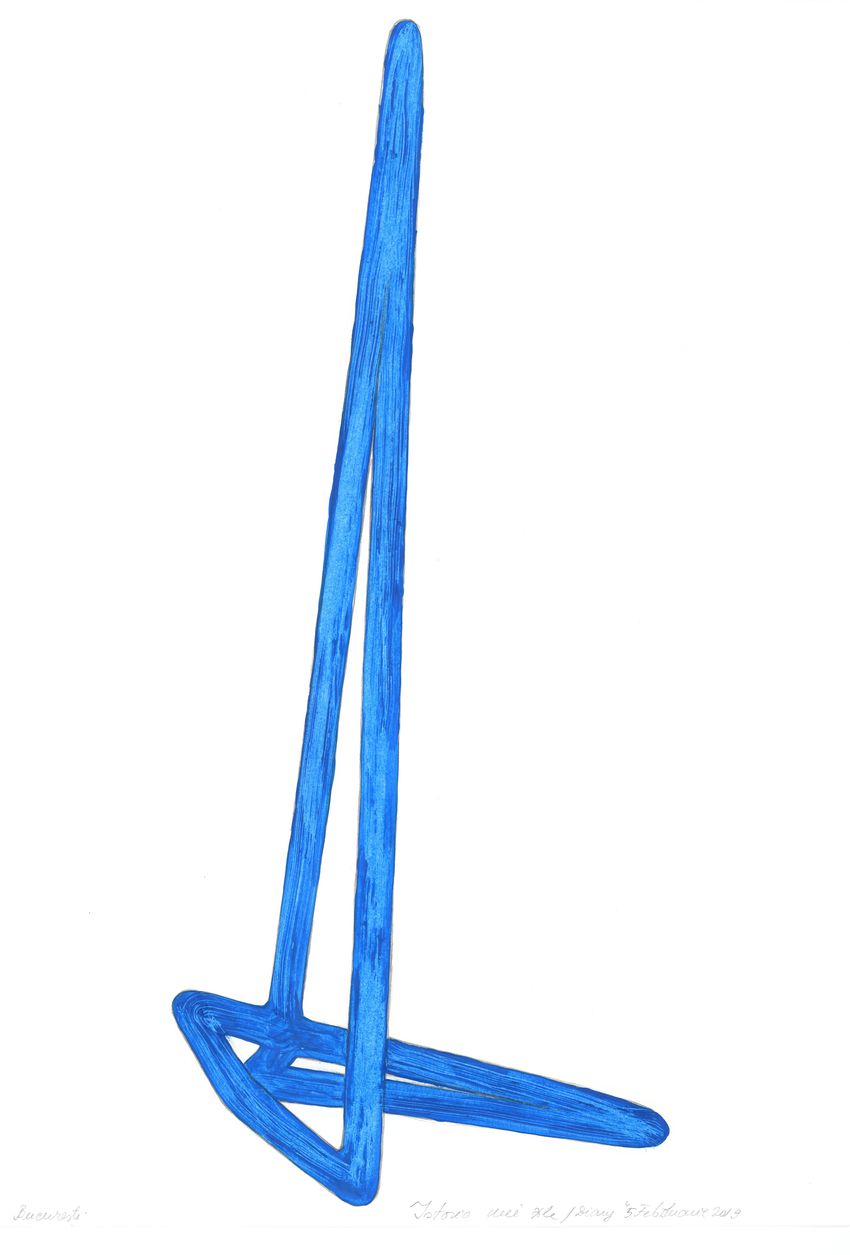 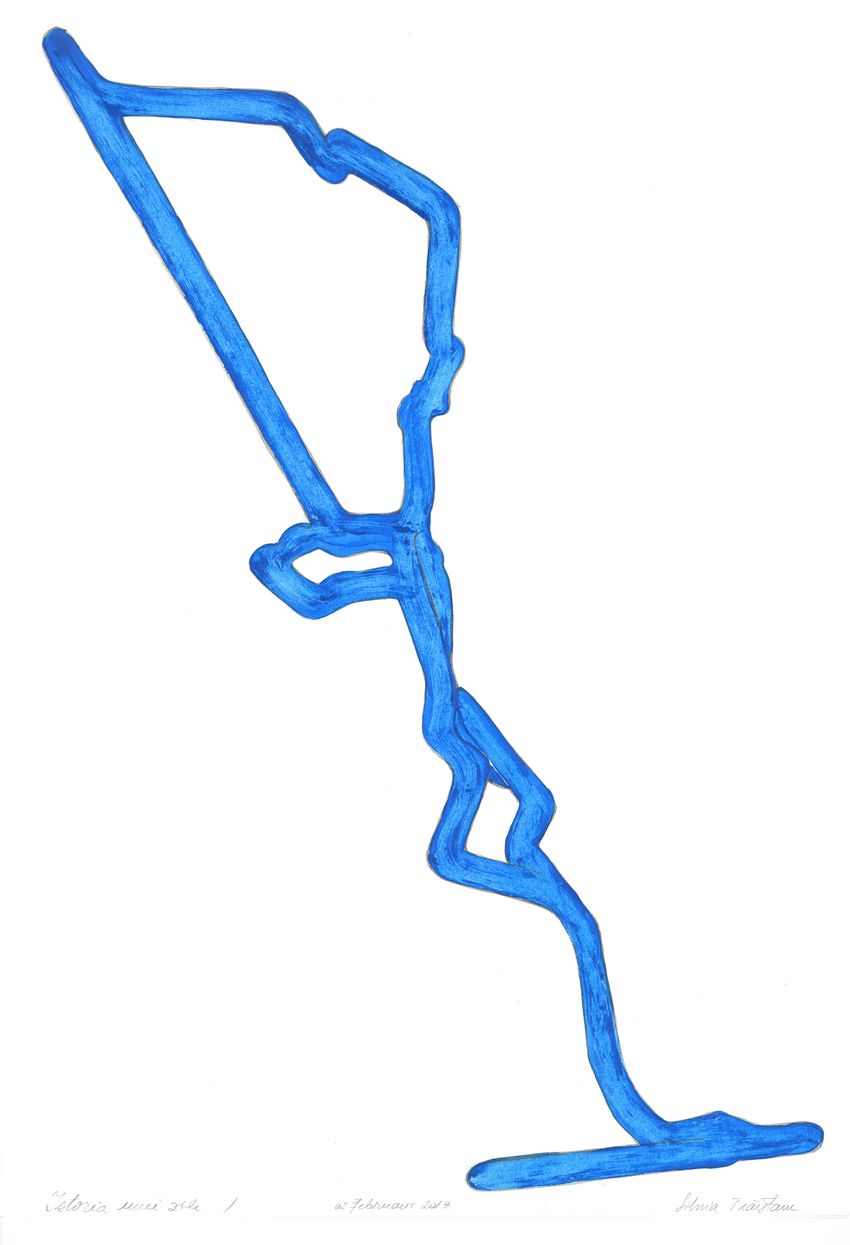 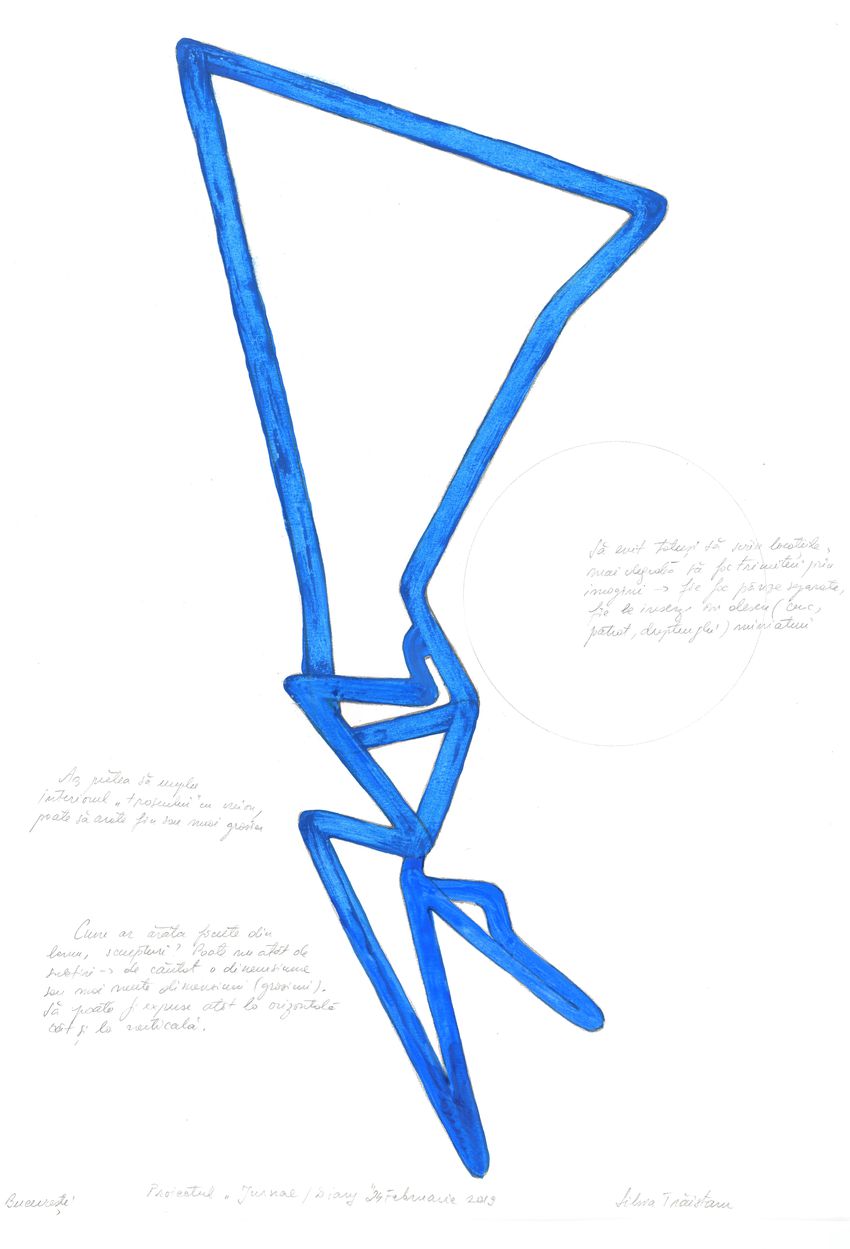 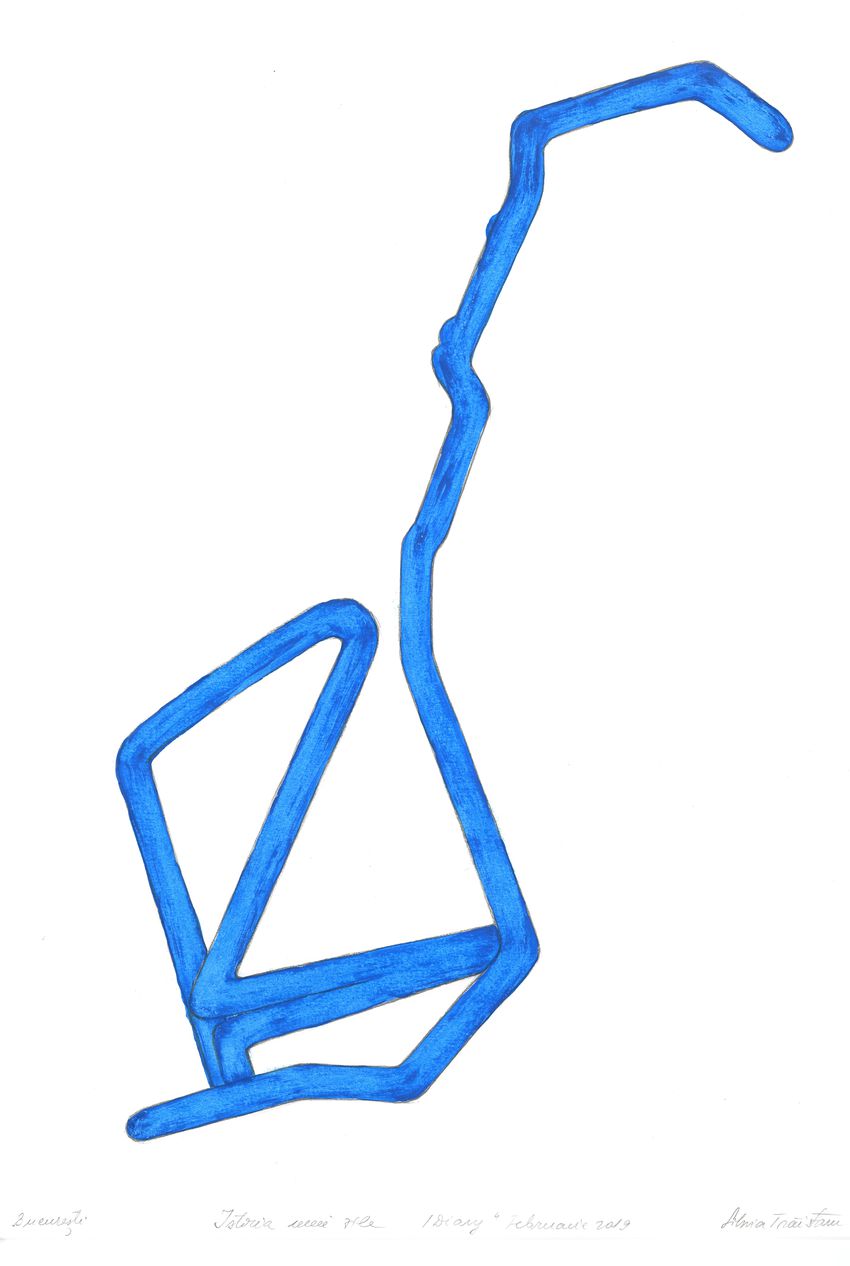 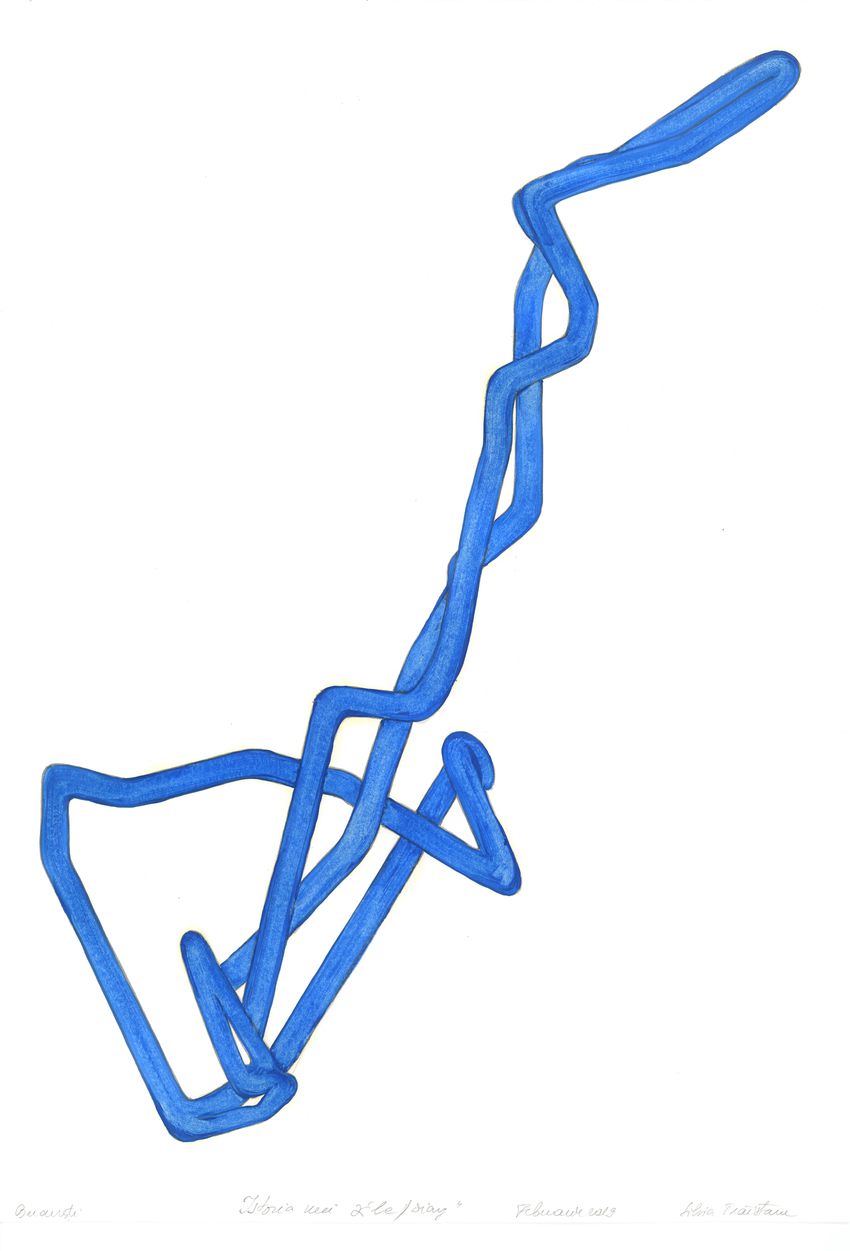 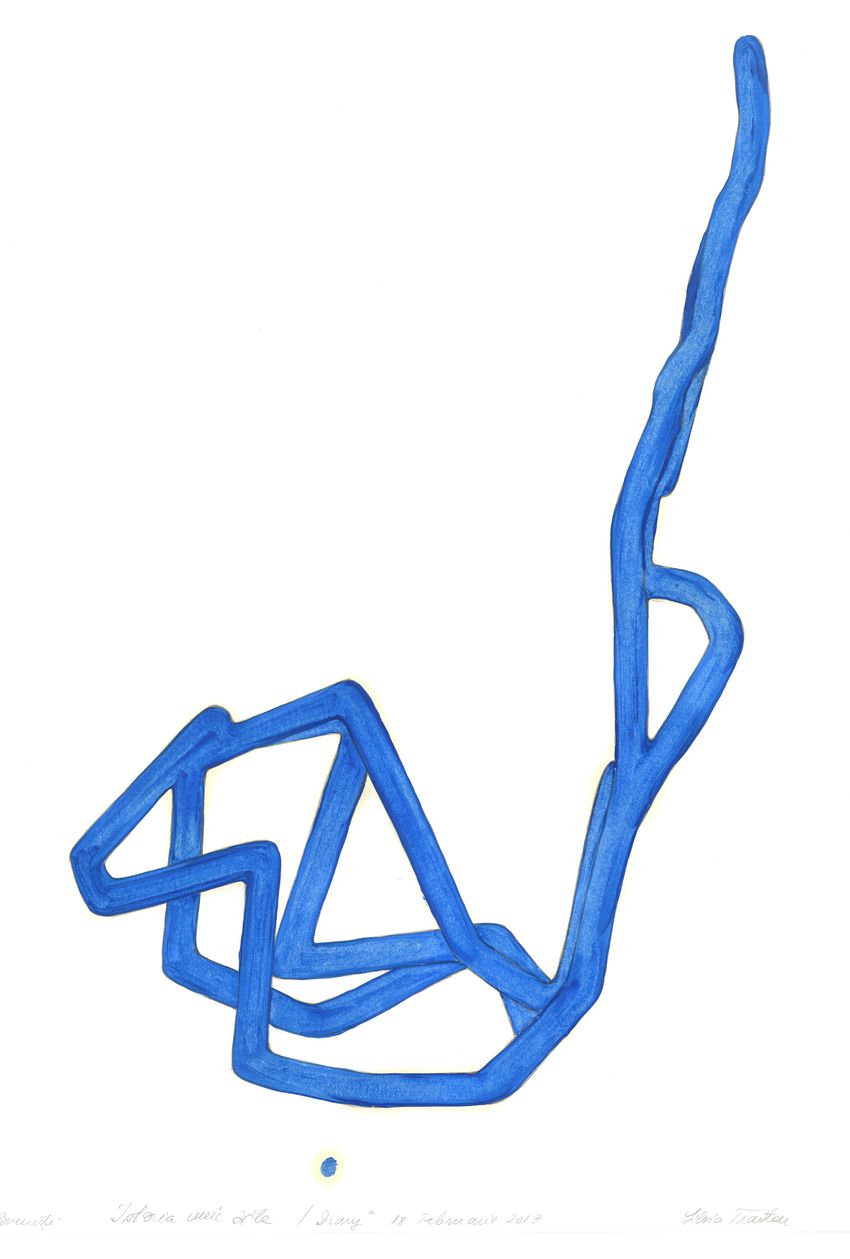 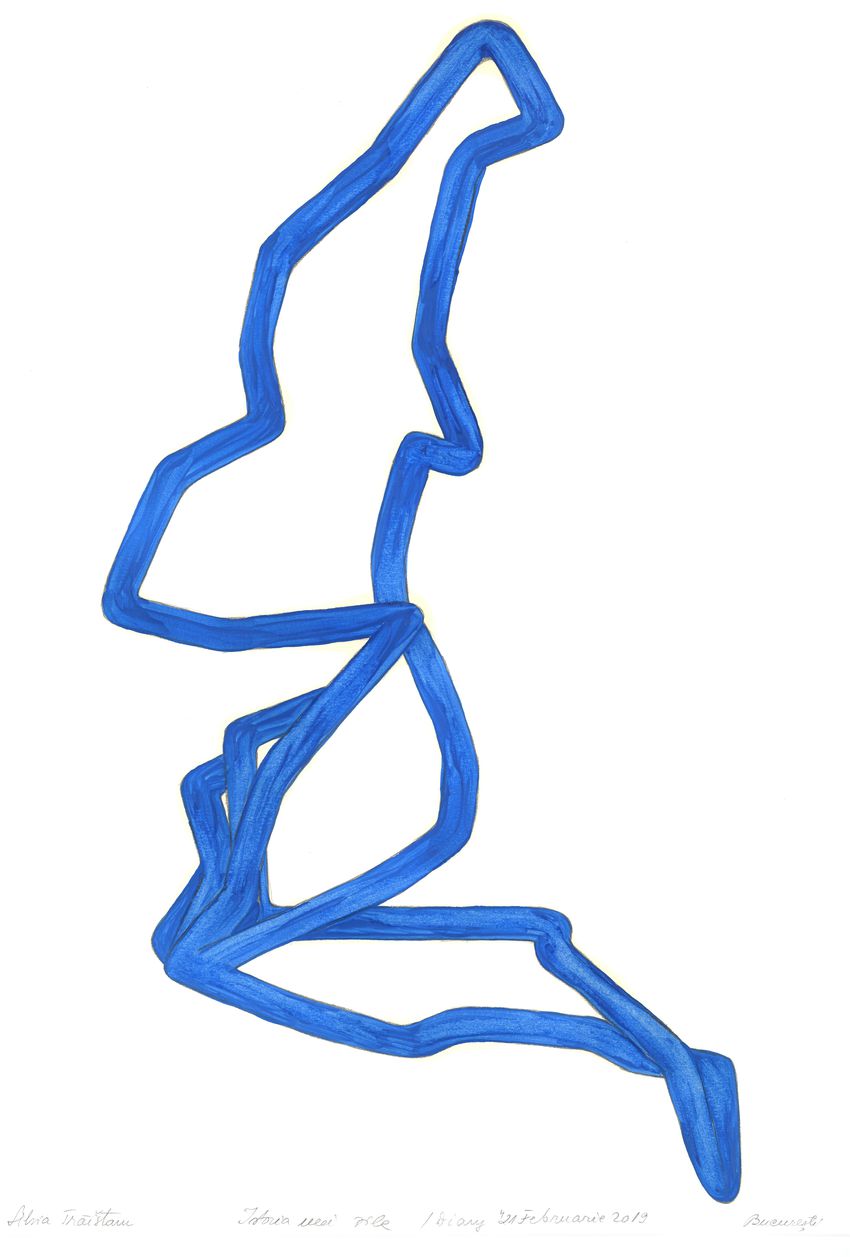 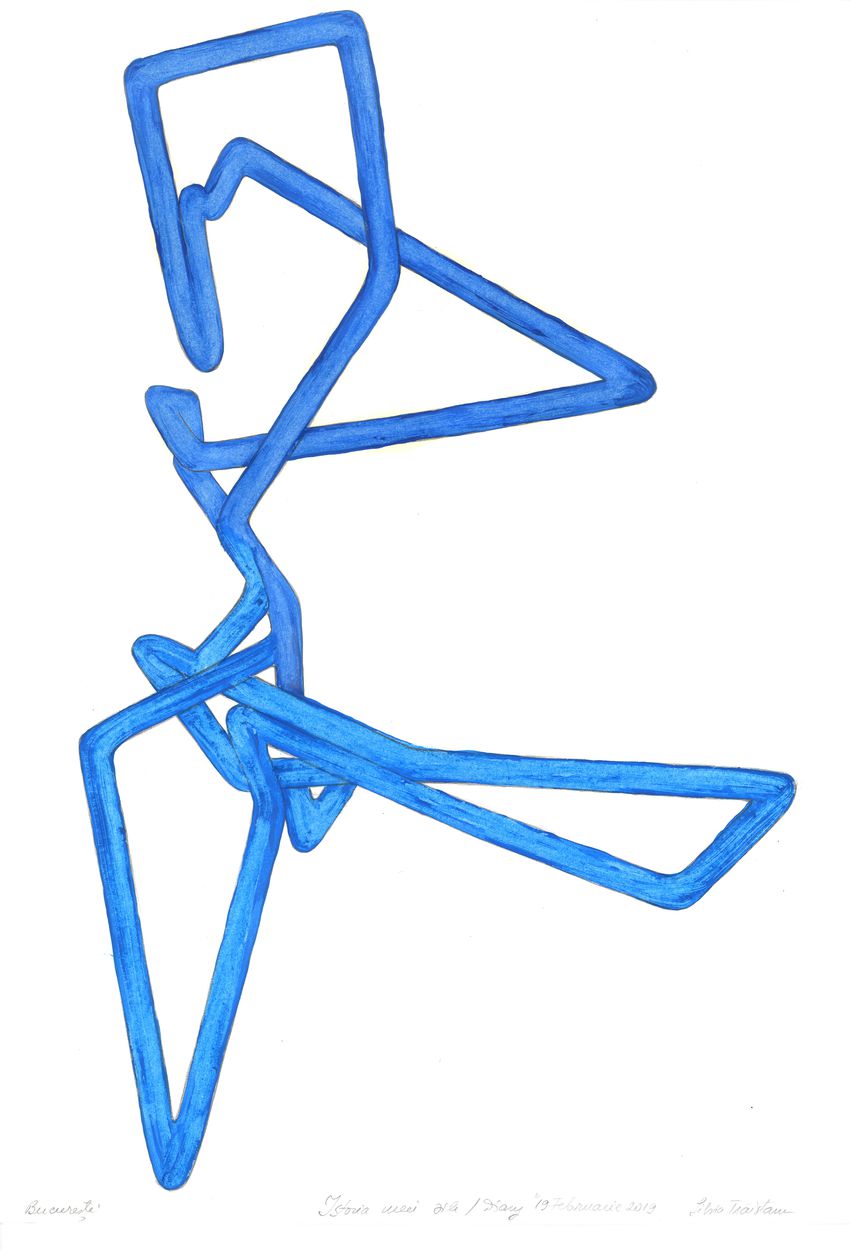 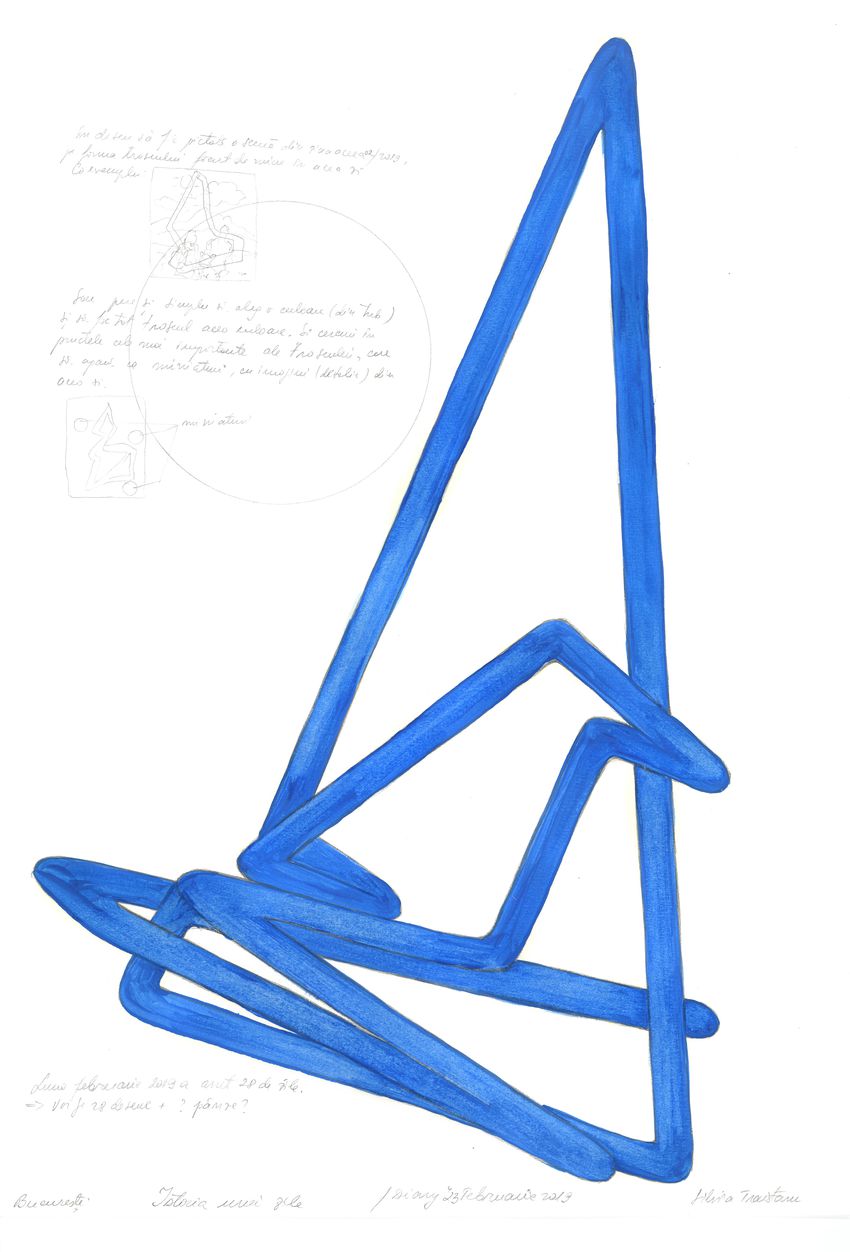 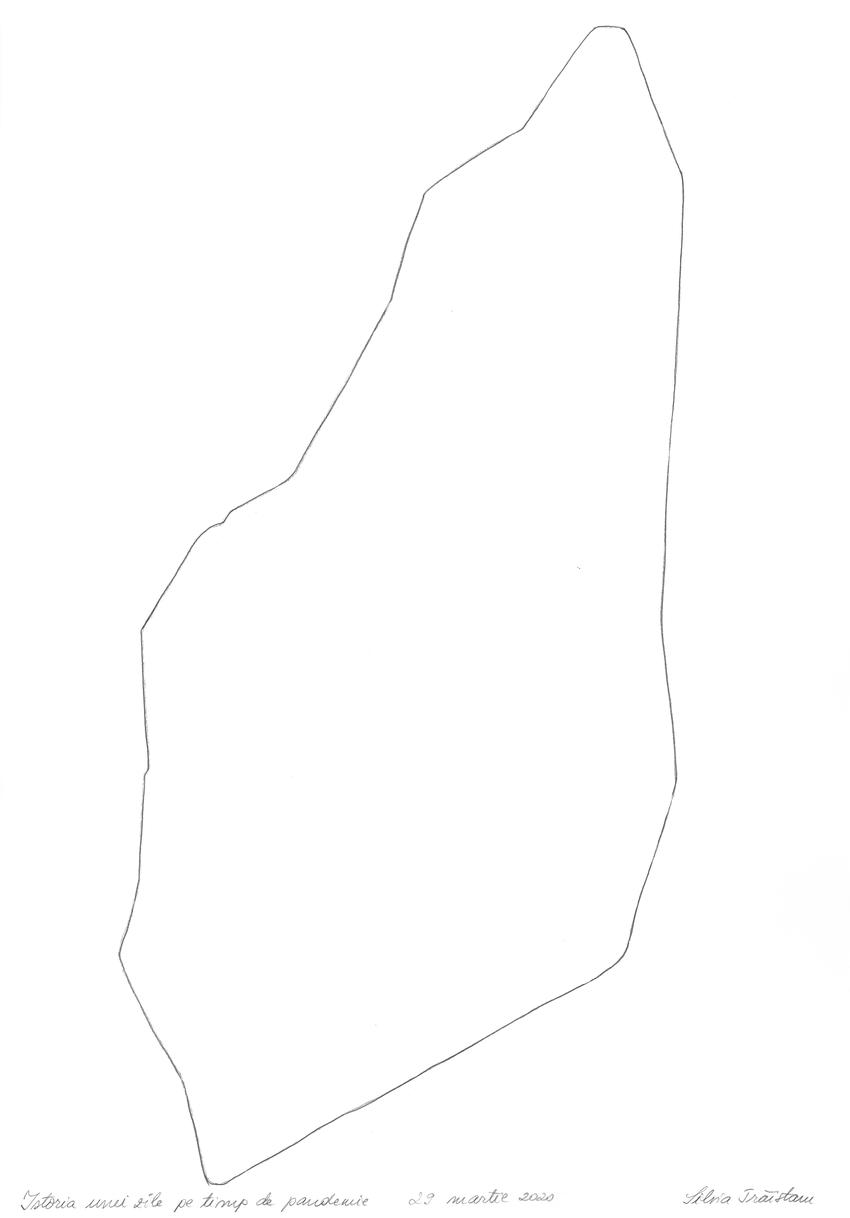 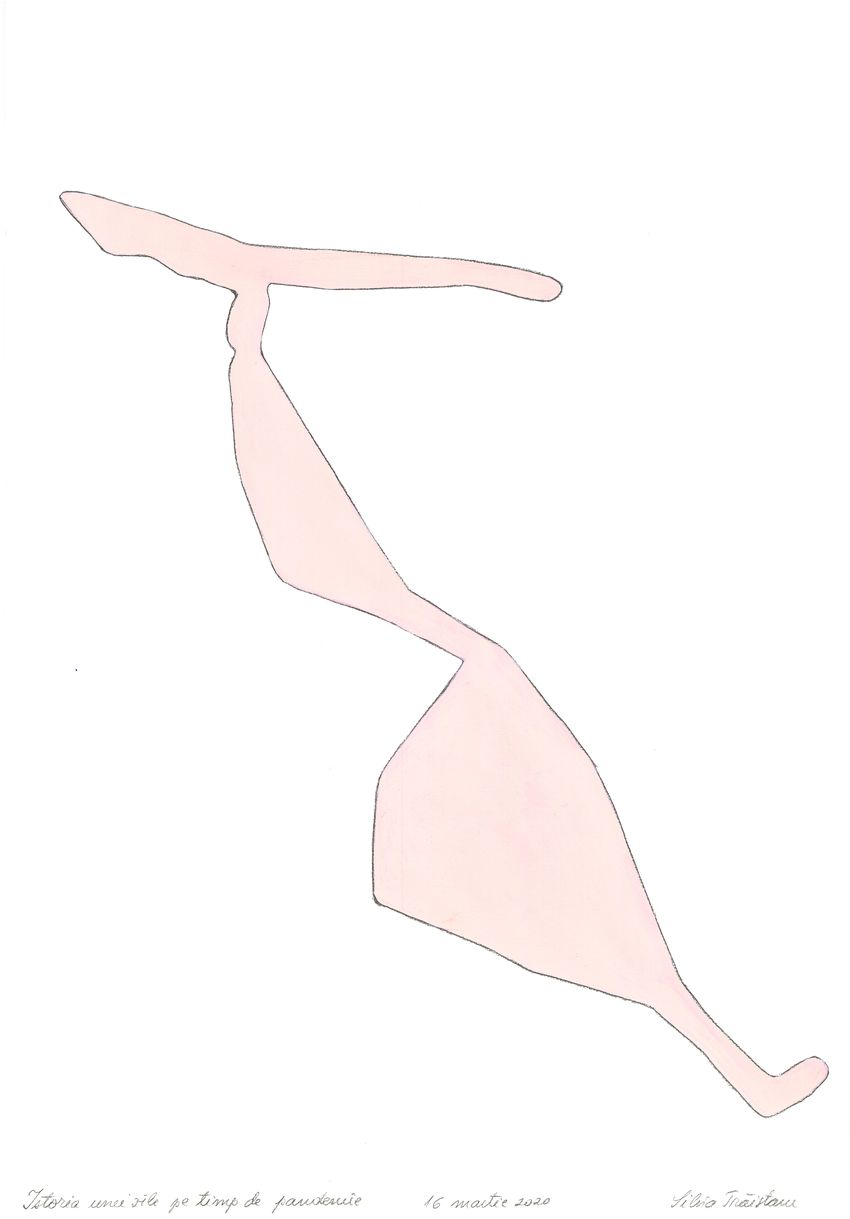 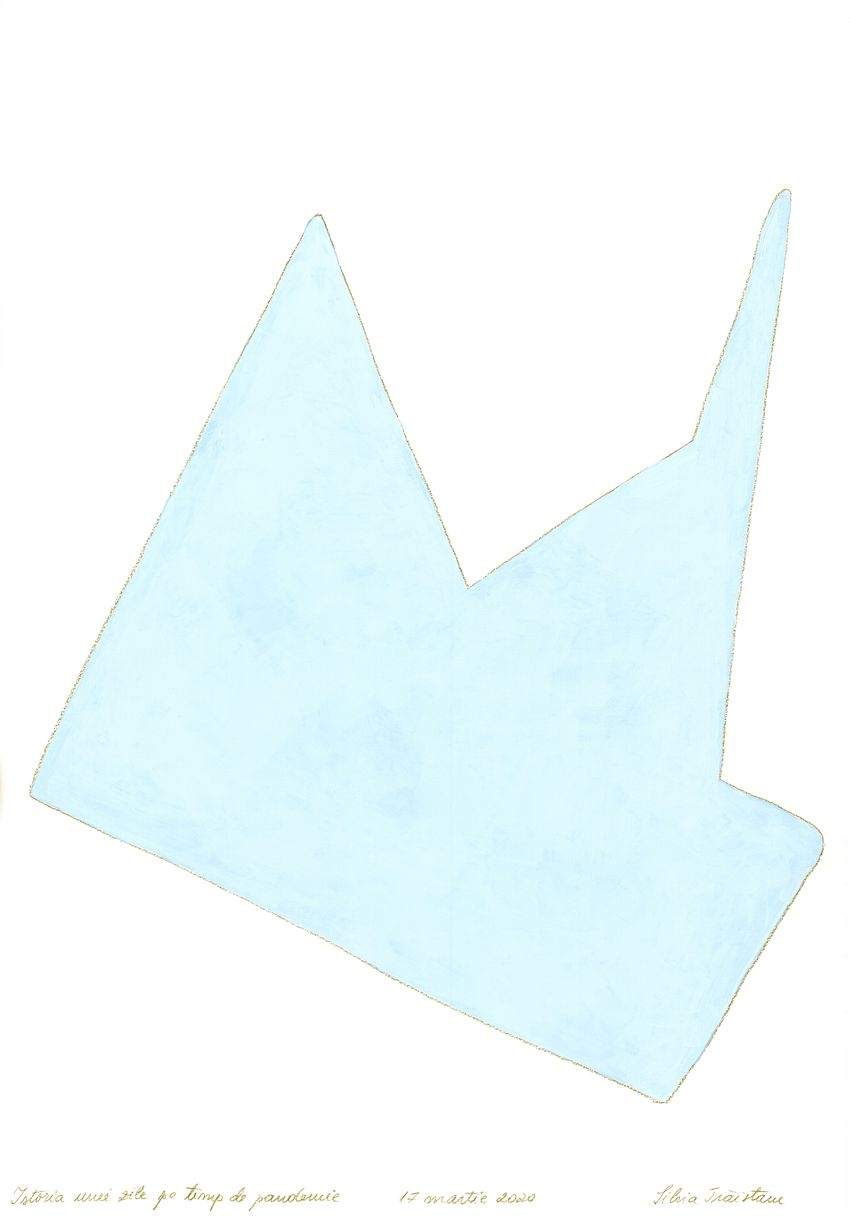 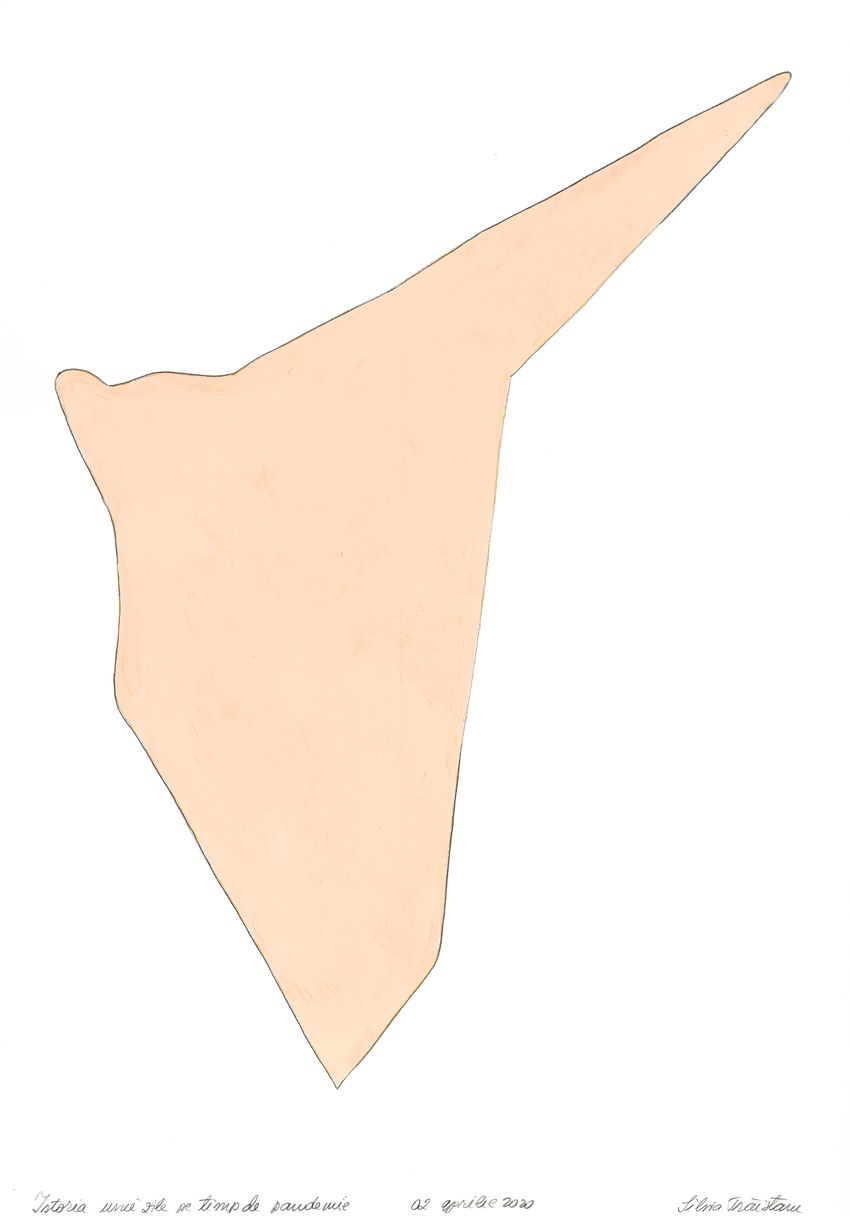 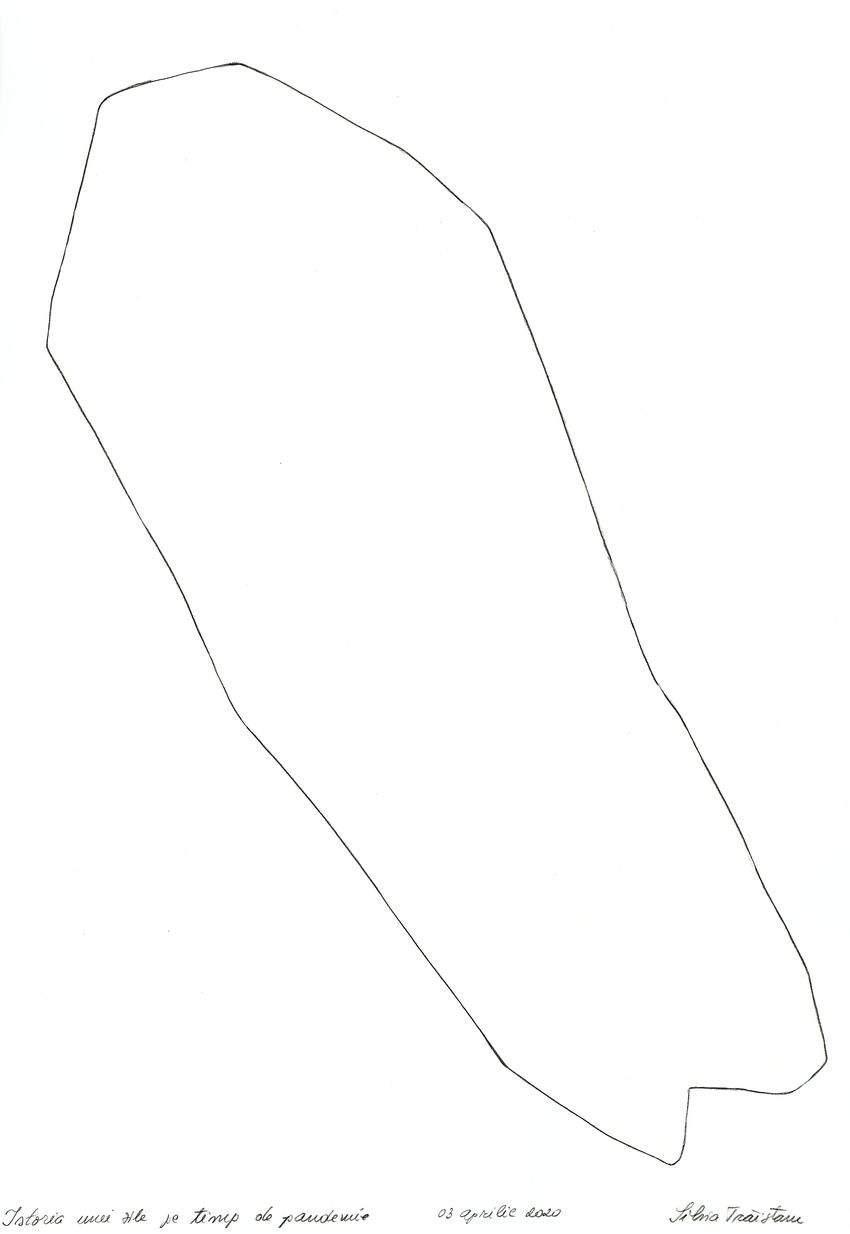 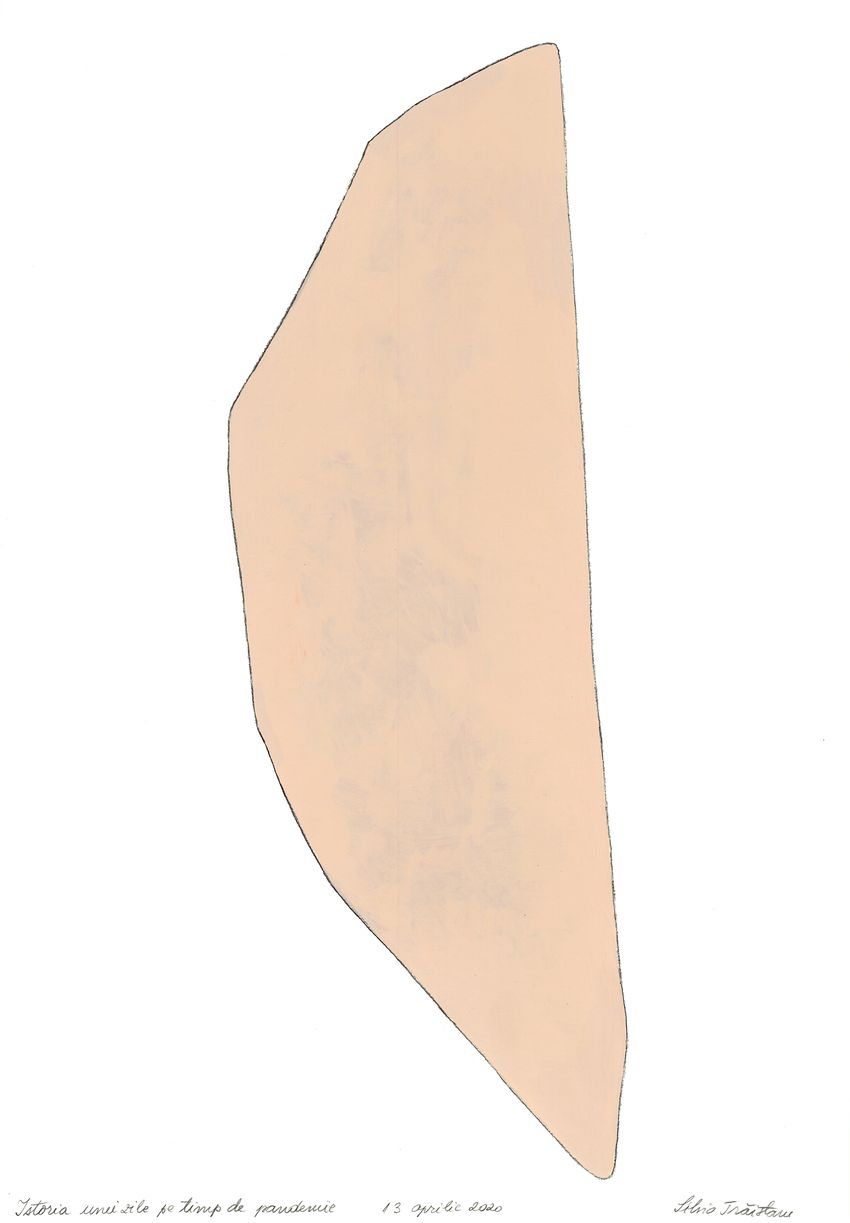 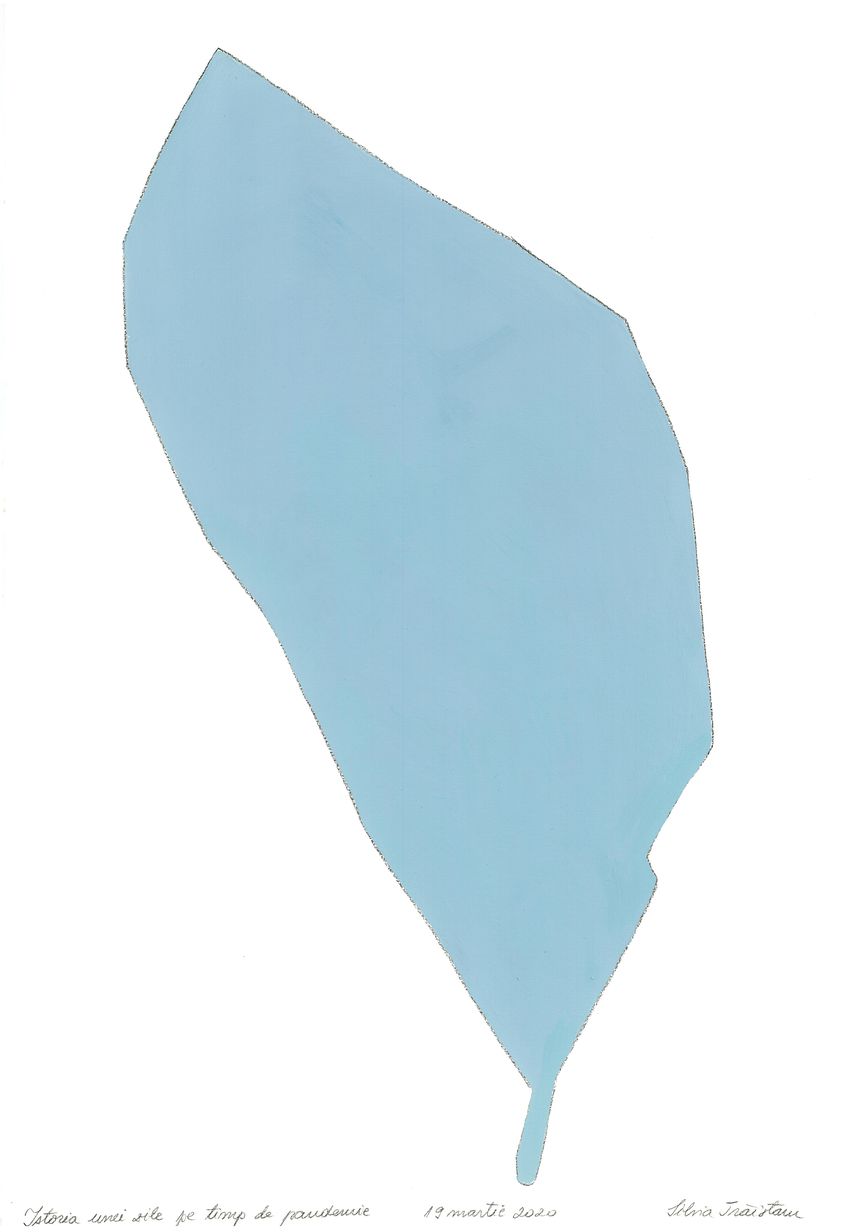 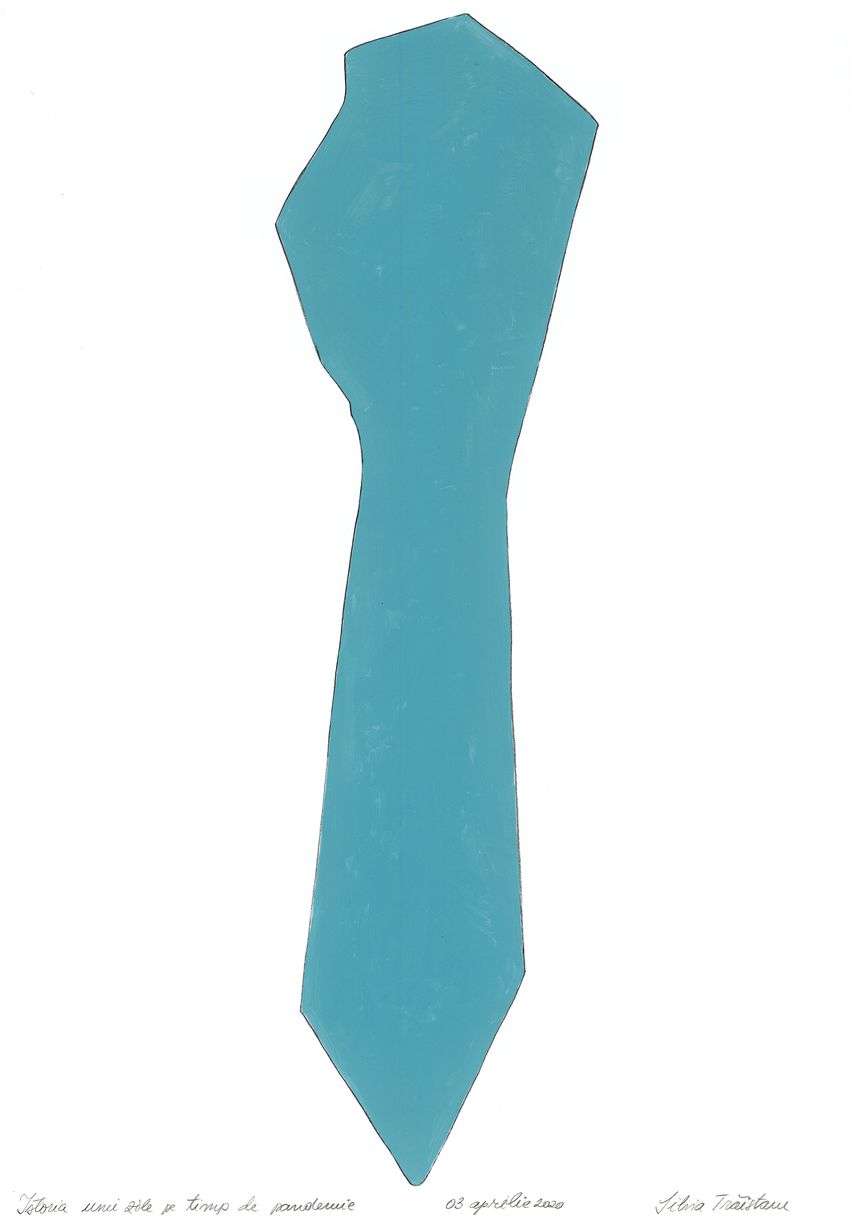 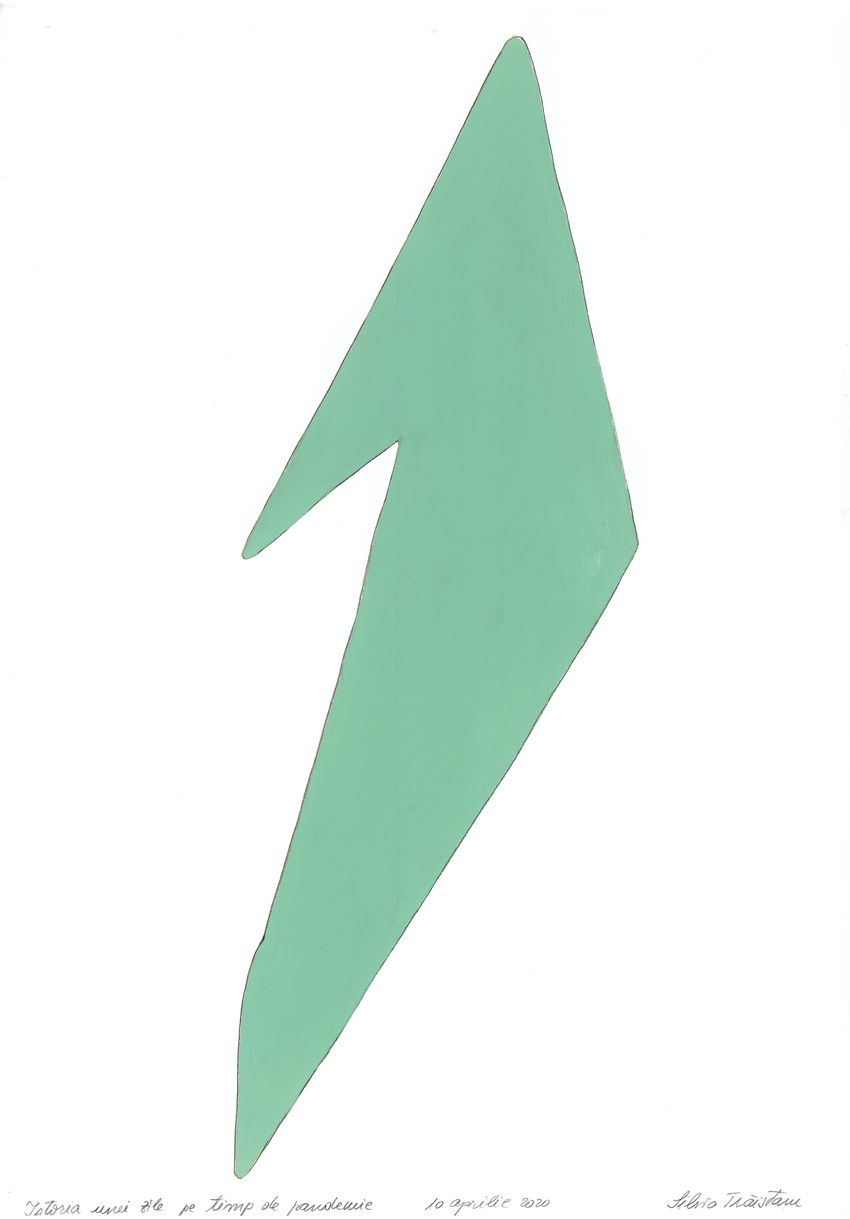 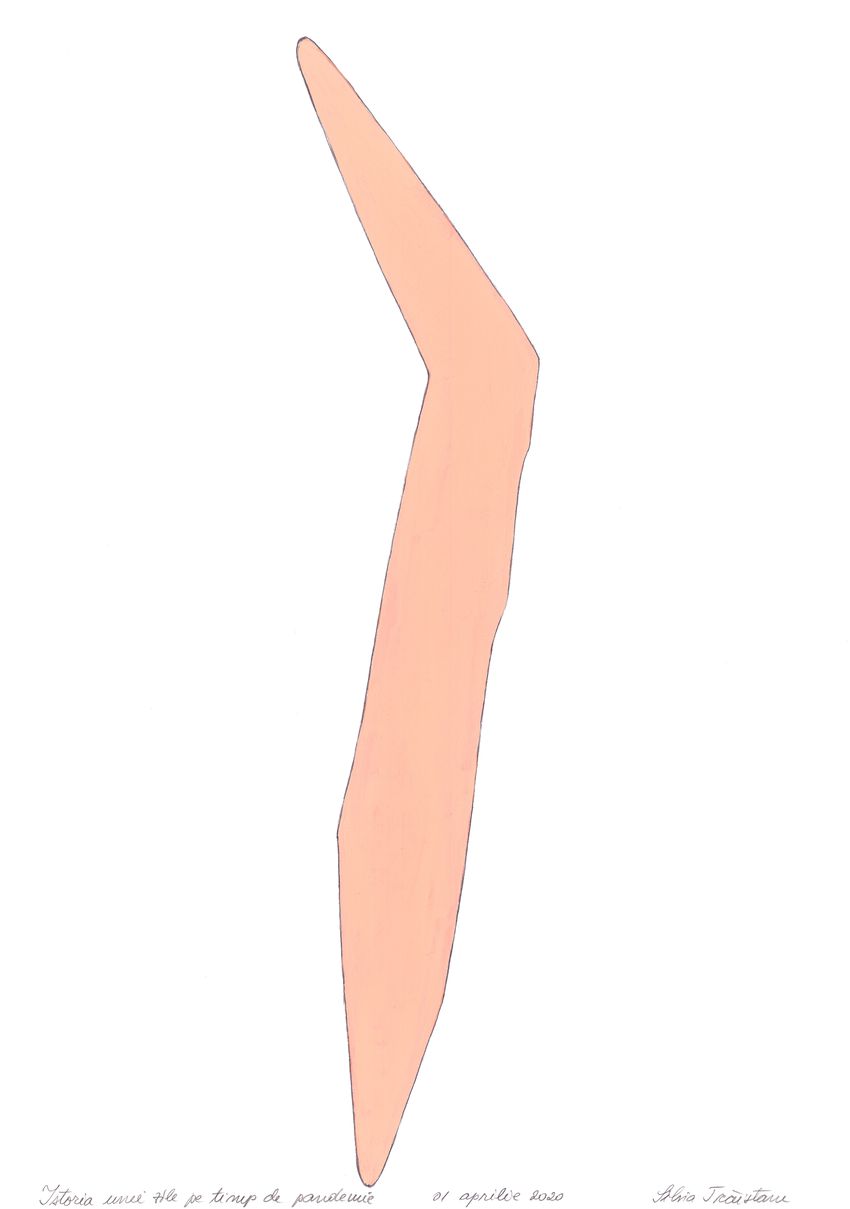